Home ‣ Luxury Lists ‣ These are the Ten Most Expensive Horses Ever

These are the Ten Most Expensive Horses Ever

Horses are spectacular, fascinating creatures and the art of horseback riding, or equestrianism, is one of the most interesting things in the world. The equestrian world is also filled with highly competitive spots, from horseback riding to rodeo and slow jumping or dressage, where you can see the best of the best in action.

Horses can make their owners a lot of money and besides these unique competitions, breeding them can prove to be a highly successful business venture for some people. And naturally, because of their pedigree and special skills, some horses will be a lot more expensive than others. 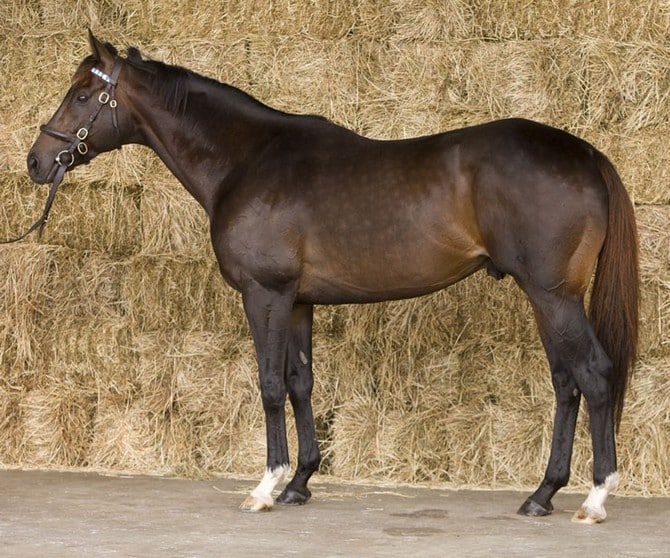 This racehorse was sired by Storm Cat, the grandson of Northern Dancer, which was one of the most influential sires in Thoroughbred history. After he was foaled on the 15th of February 2004 in Lexington, Kentucky, Jalil was purchased by the emir of Dubai, Sheikh Mohammed, on behalf of the Godolphin Racing Operation.

The price paid for this amazing horse was of $9.7 million and right after his purchase, he was sent to Europe to be trained by Saeed bin Suroor. His racing career started in 2006 at the Newmarket Racecourse of Suffolk, England, having multiple successes until 2008. He was exported to China in 2011 to support the thoroughbred industry of the country. 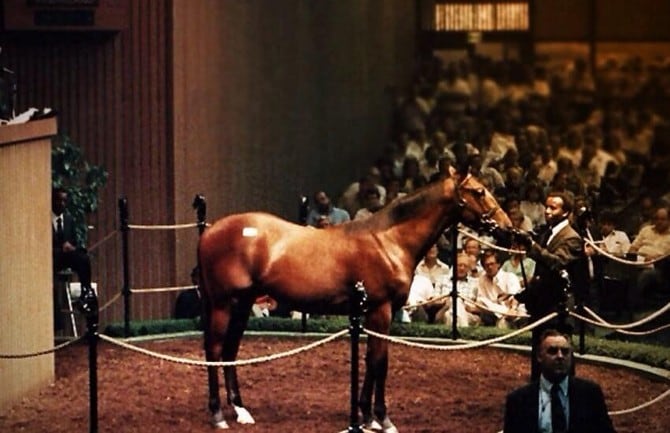 Snaafi Dancer was the first Thoroughbred racehorse that was sold for over ten million, at the staggering price of $10.2 million, bred by Donald T. Johnson at the Crescent Farm. Sired by the famed Northern Dancer, he was sent to the Keeneland Select Sale of 1983 at an auction which started at $1 million.

He was finally bought by Sheikh Mohammed’s Aston Upthorpe Stud after a bidding duel with Coolmore Stud. This horse apparently didn’t race at all since he was too slow during training and also had fertility problems that made him unfit to breed as well, so he was finally retired at a farm in Florida. 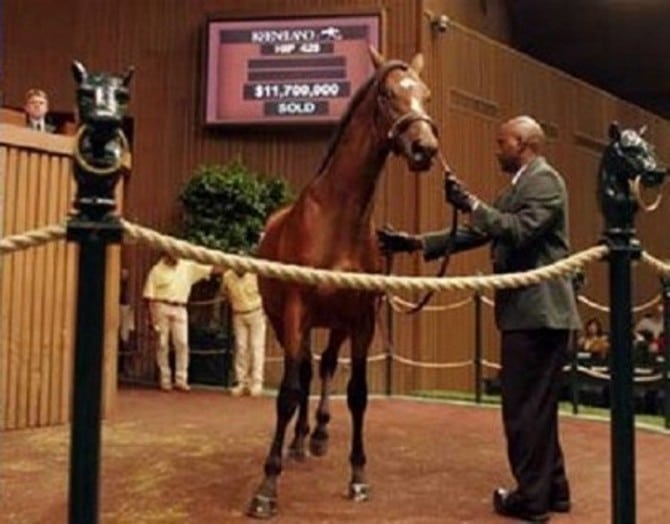 Taking his name from a development in Dubai that was launched in 2007, Meydan City was a highly sought after horse that proved to be a major disappointment for his owner. Bred at the Jayeff B Stables, this horse was sold at the 2006 Keeneland September yearling sale by Sheikh Ahmed bin Mohammed Al Maktoum for the impressive price of $11.7 million.

After he was trained by Mubarak bin Shafya at the Mark Lewis stable, the horse only managed to bring his owner $1,360 throughout his short career with zero wins from seven starts. 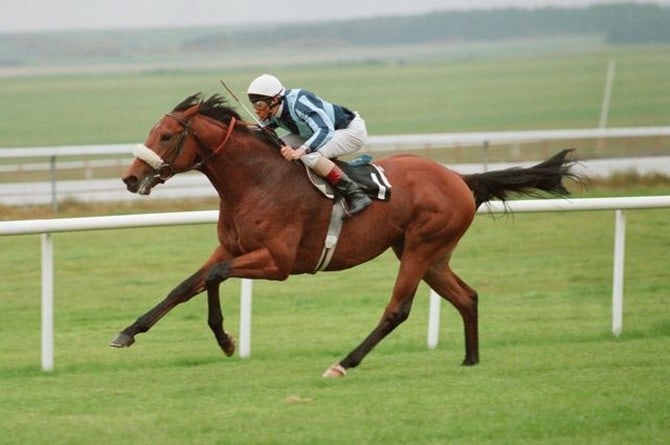 Bred in Kentucky, this Irish Thoroughbred racehorse stallion was sold in July 1985 at the Keenland selected yearling sale for a cool $13.1 million, making him the most expensive yearling sold at a public auction back then. The owners of the horse became Stavros Niarchos from Greece, Vincent O’Brien from Ireland, his daughter Susan Magnier, Robert Sangster from England and Daniel Schwartz from California.

Together they’ve helped Seattle Dancer win the Group 3 Gallinule Stakes at the Curragh Racecourse of Ireland as well as the Group 2 Derrinstown Stud Derby Trial at Leopardstown Racecourse. He sired 37 stake race winners throughout the career and finally died from a heart attack at the age of 23. 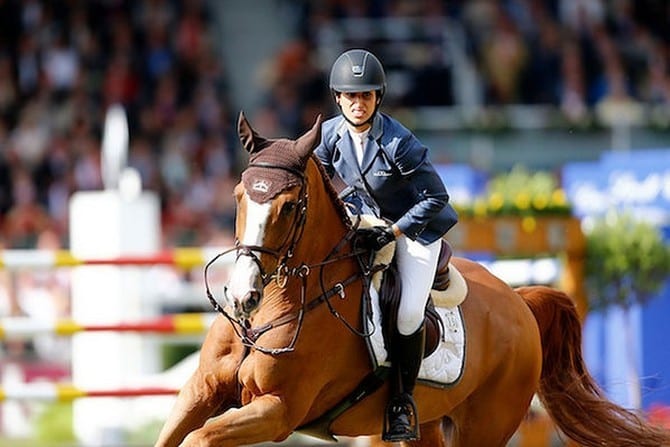 Although most of the horses in this list are racehorses, this one is an exception since he’s one of the world’s most skilled horses at slow jumping. He was sold to former Dutch Olympic Medalist Jan Tops for no less than $15 million just a couple of years ago.

Initially the media thought Jan’s wife, Edwina Tops-Alexander, has bought this amazing specimen for herself, but they’ve quickly realized that he was purchased to compete in the Qatar CSI2 competition with Ali Yousef Al Rumaihi as the rider. 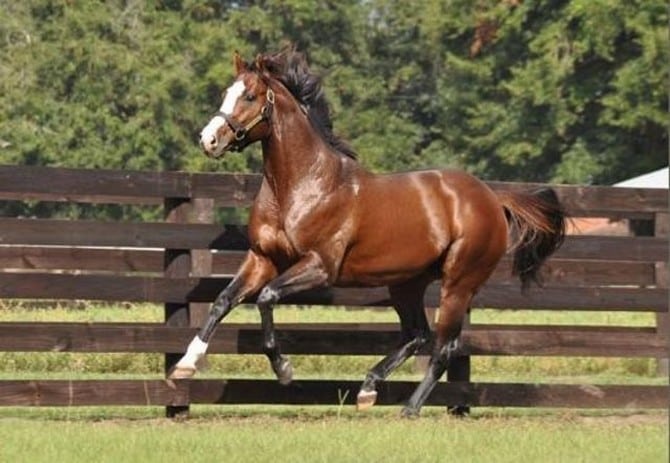 This American Thoroughbred was extremely sought after since he was sired by Northern Dancer and Secretariat, two of the world’s most renowned horses. It was sold back in 2006 at the Fasig-Tipton Calder sale when he was two years old for $16 million. 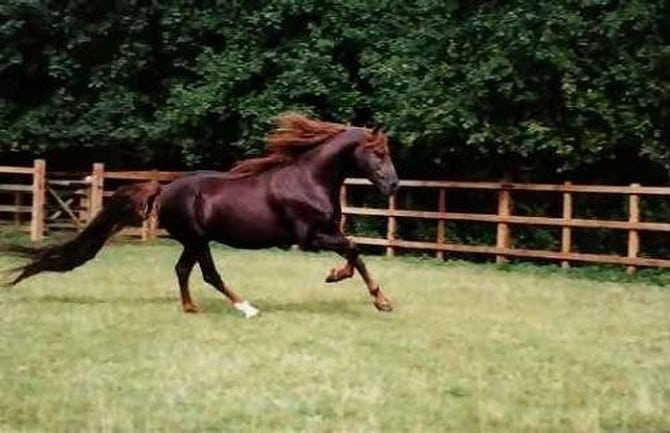 Annihilator was really appreciated for his beautiful dark color and for its pace that was extremely valued by his owners. The fact that he came from the line of Niatross, which won the Meadowlands Pace and the Little Brown Jug, made him really desirable, that’s why he was sold for $19 million.

Sired by Wish Me Wings, this extraordinary stallion is mostly used today as a show horse due to his spectacular presence. 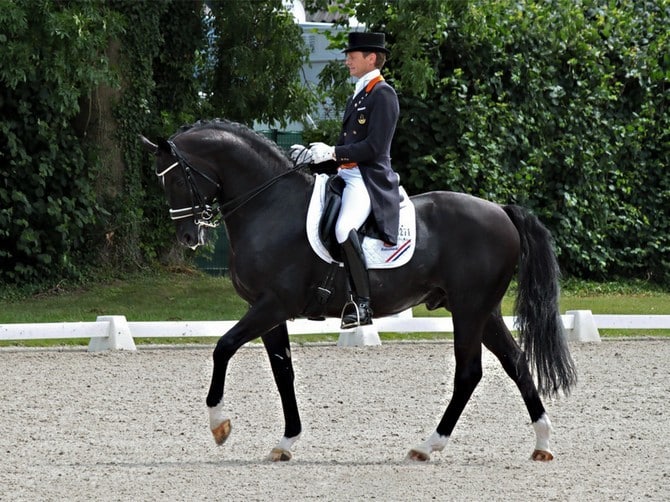 Also nicknamed “Toto”, this is a Dutch Warmblood stallion that’s considered one of the most outstanding competitive dressage horses in the world. He was one of the few horses that managed to get over 90 points at a dressage contest, holding the world record for a while.

He was even called “the rock star in the horse world” and all this popularity only made his price go up. After being foaled in 2000, he was bred by Jan K. Schuil and Anna Schuil-Visser in Broeksterwoude, Netherlands, and since the age of five he went into competitions, distinguishing himself with world records and various awards.

With Edward Gal as his rider, he won three gold medals at the 2010 FEI World Equestrian Games, and a couple of months later  was announced that the sport horse breeder Paul Schockemohle bought this beauty at a rumored price of 15 million Euros which was equivalent to $21 million at the time. 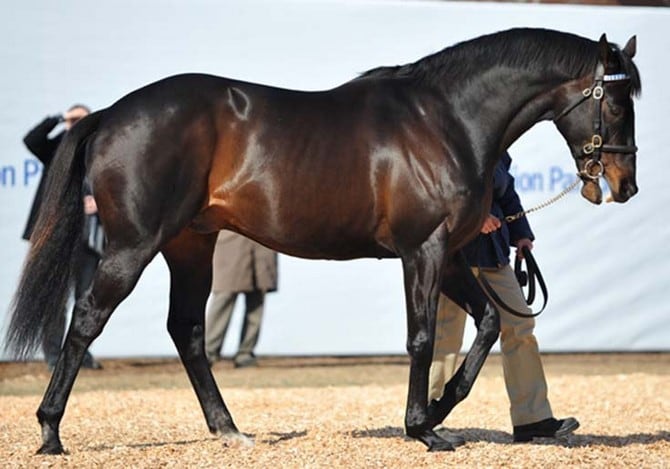 This thoroughbred horse was bred in America, sired by Northern Dancer and the mare Sweet Alliance. Just a year after he was foaled he was bought by Maktoum bin Rashid Al Maktoum for the sum of $3.3 million at the Keeneland Sales of 1981 and trained under the supervision of Michael Stoute at Newmarket, Suffolk.

The horse won the Group I Irish Derby Stakes of Curragh and the Group II King Edward VII Stakes in 1983, being titled the UK Middle Distance Horse of the year in 1983 and after all these performances he was sold for an impressive $40 million. 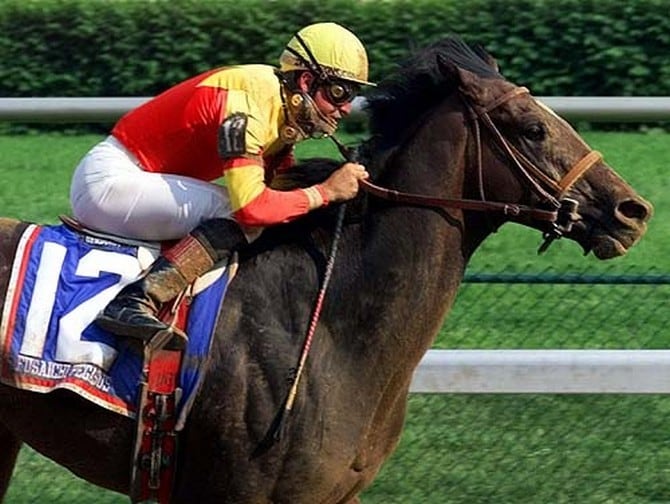 His name, Fusaichi, is a combination of his owner’s name, Fusao, and the Japanese word for one, ichi. This amazing  horse is considered by some as the best racehorse in history with earnings of $1,994,400. After being foaled on April 12, 1997, the horse was trained by Neil Drysdale and just a couple of years later he won the Kentucky Derby in 2000 after which he went second at the Preakness Stakes.

He also won the Grade 2 San Felipe Stakes and the Jerome Handicap and in 2000 he was sold to Coolmore Stud, a breeder from Ireland for a mind blowing $70 million, making him the most expensive horse ever sold.

PS: Looking forward to see for much American Pharoah will be sold, if he ever gets sold. He’s been dominating horse racing in these last years being the first horse to win the American Triple Crown in over 40 years and just the 12th in history.