These are the 5 Richest Universities in the World

When choosing their future alma mater, many students do a thorough investigation of higher education institutions and try to find every bit of information on the schools of their interest. They often look at the location, tuition fees, scholarships, research capabilities, and potential employment they could get after graduation.

However, many of them fail to consider their chosen institution’s wealth and what is the total value of the endowments it gets. Why does that matter, one might wonder? Wealth is actually a big deal when it comes to educational success, and this concerns not only students.

Rich universities can afford the most innovative research equipment and the best facilities for their students. What’s more, they also have more funds to support their students and give scholarships to the brightest applicants.

When you are choosing your future university, you should definitely start with the top of the list, considering the best universities out there. And it doesn’t even matter if you think you are not good enough for them: you still need to entertain the idea and try your chances. Here is a short list to get you started on this exciting journey of Sherlock Holmes’s investigation of the best higher education institutions. 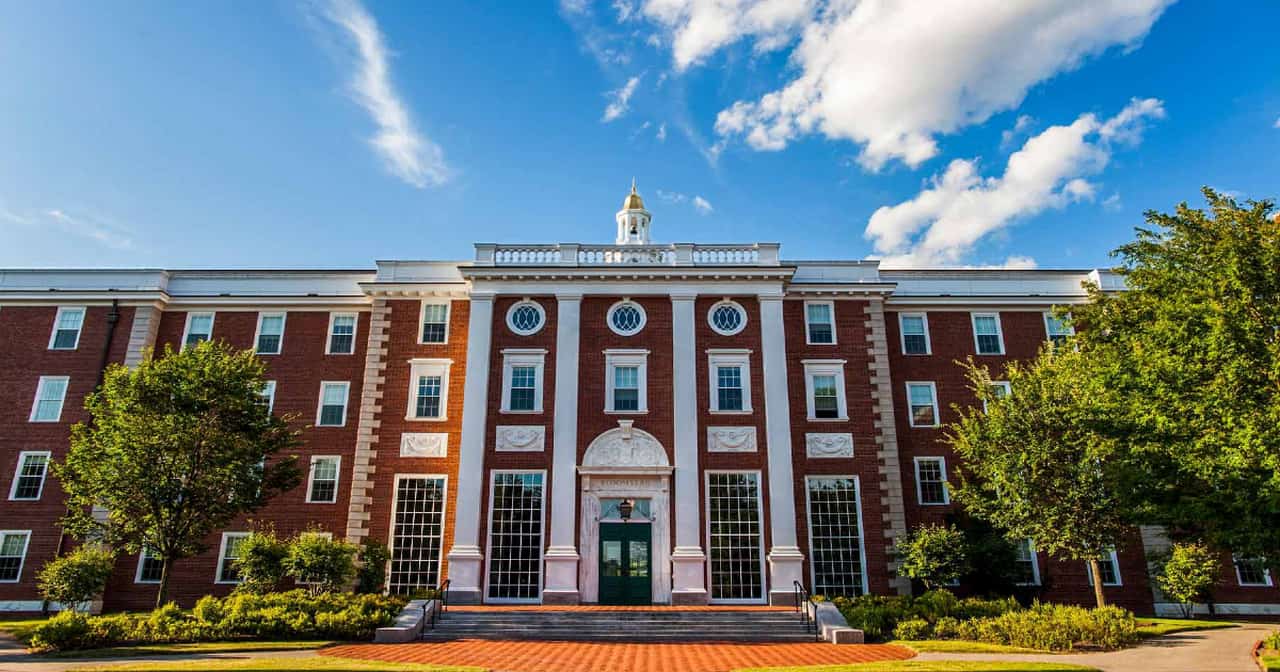 A valuable member of the Ivy League, Harvard University is not just one of the wealthiest but also one of the world’s most famous universities. Many believe it is the best higher education institution in the USA, and they have every right to do so. The estimated endowment of this prestigious institution makes a whopping $36 billion.

It was founded by John Harvard, an Engish minister, in 1683. In its first year, the institution saw only 9 students graduate, fast-forward to now, there are already 12 schools, with all of them helping 35,00 students master their craft.

On top of that, the university also takes pride in the fact that it has one of the biggest libraries and museums in the world, with the latter being home to 28 million artifacts. Considering its wealth and prestige, this one is undoubtedly the dream university of thousands of students around the world. 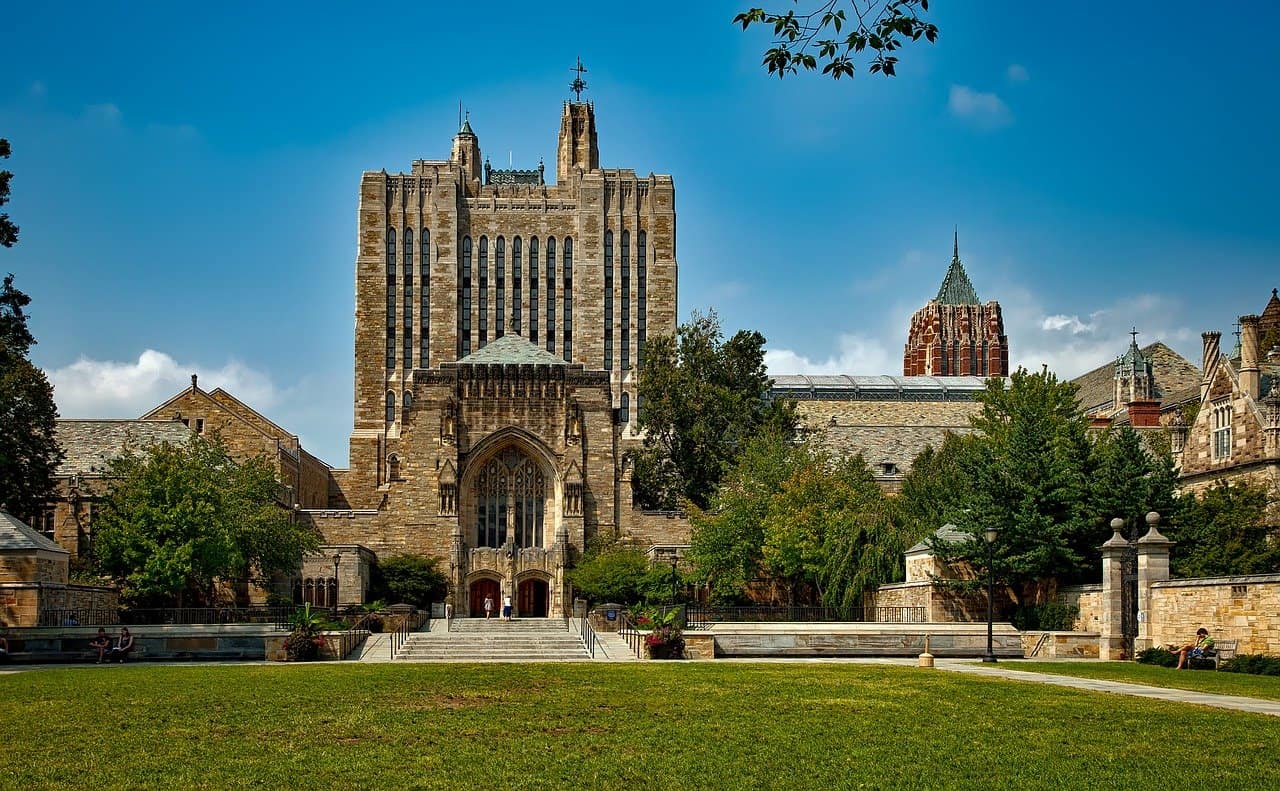 This institution is also a member of the Ivy League and one of the world’s wealthiest universities. Located in New Haven, Connecticut, Yale has also earned the reputation of one of the most beautiful universities with picturesque scenery. Its collective endowment is said to be $29.4 billion, while its research budget alone makes around $881 million.

It is also a well-respected institution for all the history it has standing behind, being one of the oldest higher education institutions in the USA. Studying here is no piece of cake, but if you have a trusted paper writing service to rely on, you should get through your studies with no particular stress or worries.

Yale is actually not its original name: it used to be known as the Collegiate school, but it was renamed after receiving a very generous donation from Elihu Yale, a British-American merchant, and a slave trader. 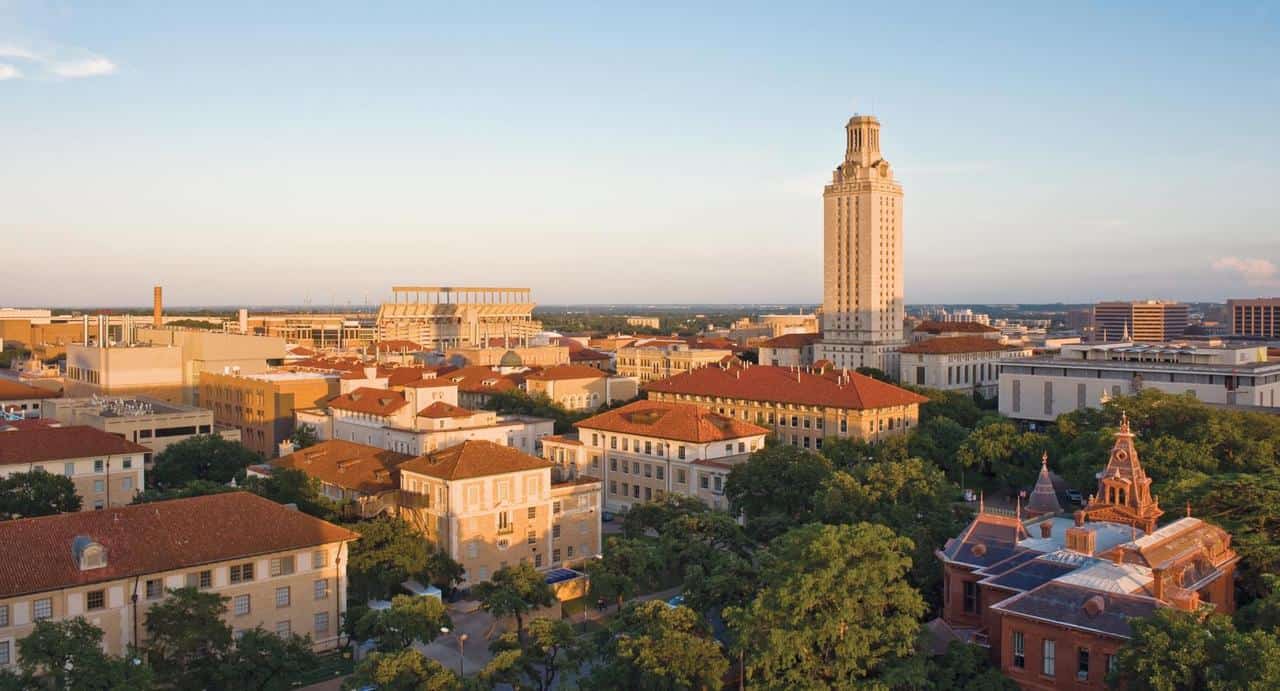 Unlike Yale and Harvard, which are both private establishments, the University of Texas is a public institution that was founded in 1883. Located in Austin, this university includes six healthcare facilities and eight colleges, all of which can use its total endowment of $26.5 billion.

Although it is not as affluent as Harvard, it gives an opportunity to gain high-quality education to many more students. To be precise, around 236,000 students are obtaining a degree there at this moment, and the institution is responsible for providing about two-thirds of graduate degrees and one-third of all undergraduate degrees in the whole state.

With its innovative research facilities and sufficient investments, the University of Texas has been recognized as the leading institution in cancer research, with several medical schools and research institutions on its campus. If you are interested in some of the USA’s best public universities, you should definitely give this one a chance. 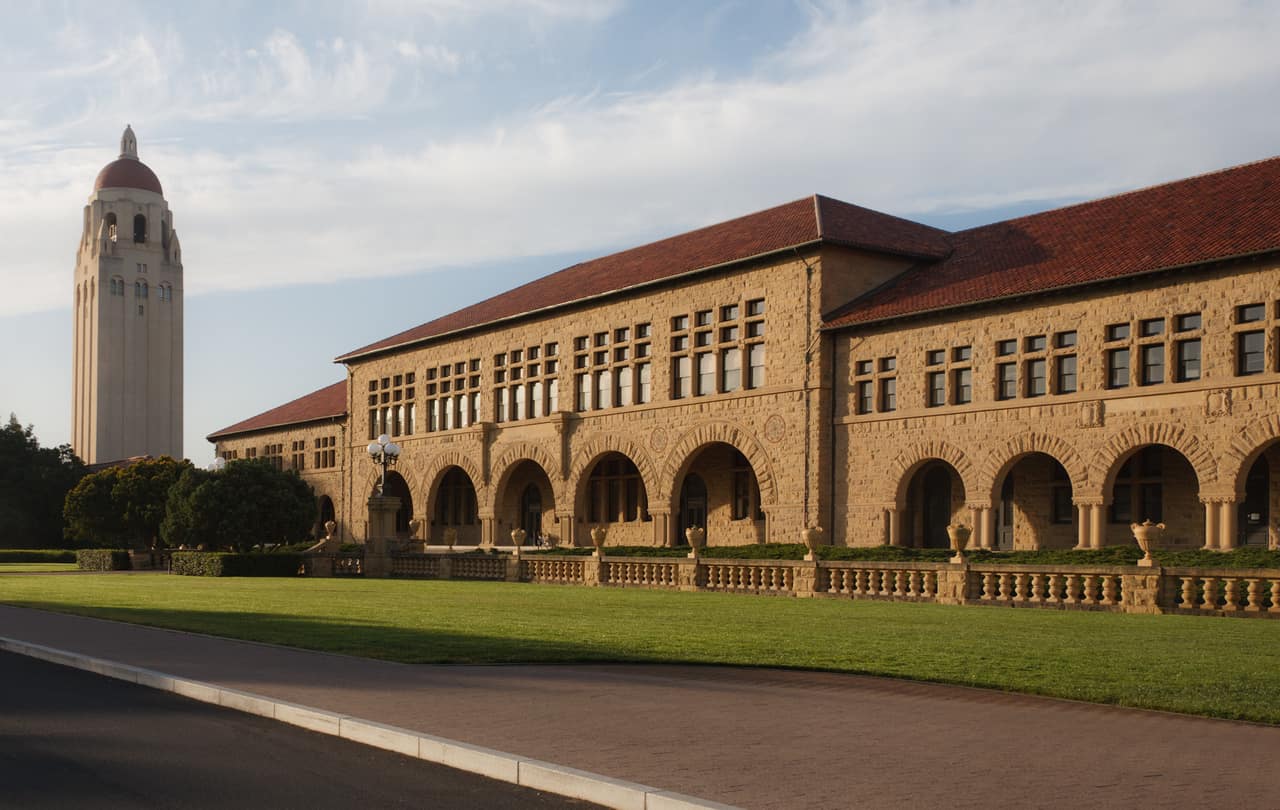 It might come as a surprise to some, but this one is not a member of the Ivy League, despite its success, an endowment of $26.5 billion, and global recognition. Wherever you look, there are benefits to this institution. For one thing, it has one of the most stunning campuses in the world and is located in the very heart of Silicon Valley.

It means you don’t need to go far: the future many people dream of is right around the corner. One of the richest universities on a global scale, Stanford, was founded by Leland Stanford, the former governor of California who turned an agricultural farm into what we know today as one of the best higher education institutions out there.

Stanford is the go-to place for future doctors, lawyers, and engineers, especially those interested in its leading artificial intelligence research. In total, about 17,000 students are doing their degree programs there every year. 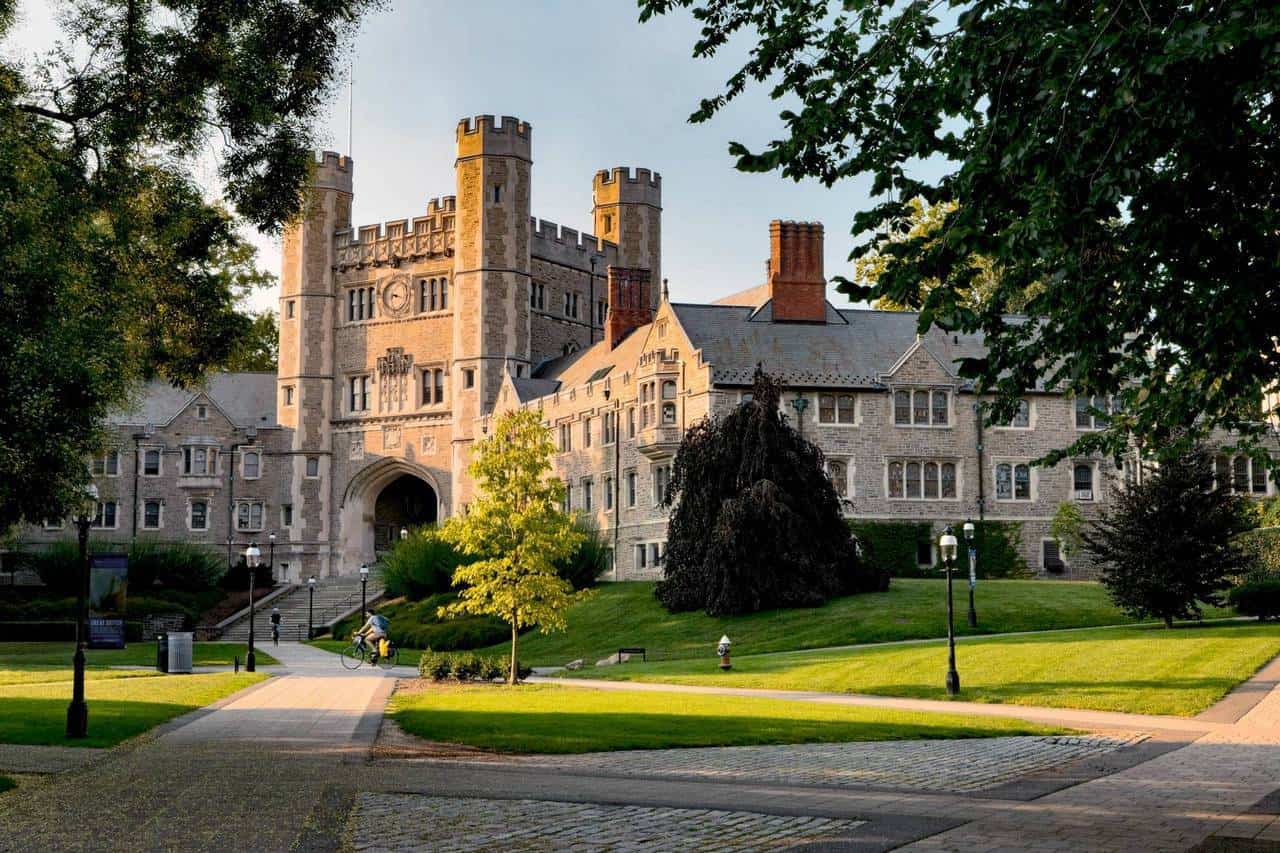 This one is another prestigious school that is a member of the Ivy League. Located in New Jersey, it is one of the nation’s oldest universities with a regular research budget of $305 million and a total endowment of $23.8 billion. What makes this place a highly respectable institution is not only the fact that it is indeed impressively wealthy but also the fact that it holds significant historical value to the country.

The Continental Congress used to meet in the esteemed Nassau Hall. What’s more, Princeton University also has a globally recognized art museum with more than 10,000 pieces by great artists, including Andy Warhol and Jackson Pollock. Interesting fact, Albert Einstein was once a staff member in Princeton’s research labs, which makes the place highly attractive even to tourists. 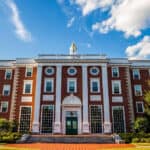 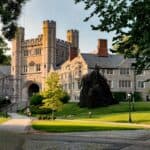 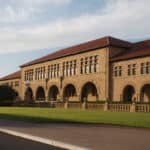 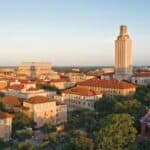 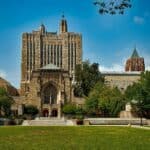 Tags:
Previous Article
Top 10 Most Expensive Apps and Games for Your iPhone
Next Article
Feast Your Eyes on the Brand-New 2021 Rolls-Royce Ghost!