Sports. Everybody loves sports, right? Out on the field or at least in front of a TV. It’s a competitive activity which provides enjoyment to the participants and entertainment for the spectators. But there’s more to it than just the fun of a good game.

The world of sports is one of the most profitable businesses in the entire world right now, with billions of dollars poured every year in marketing, events, television rights or fan merchandise.

We all know that a good player in any sport has a huge income. But it’s not just the players who get a good share of the profit. The teams or franchises make a whole lot more money than any player out there.

Forbes analyzed the professional sports world and came up with some nice numbers and a long list of sport franchises and their value.

Read on to find out which are the Top 15 Most Valuable Sports Teams in 2017 according to Forbes. 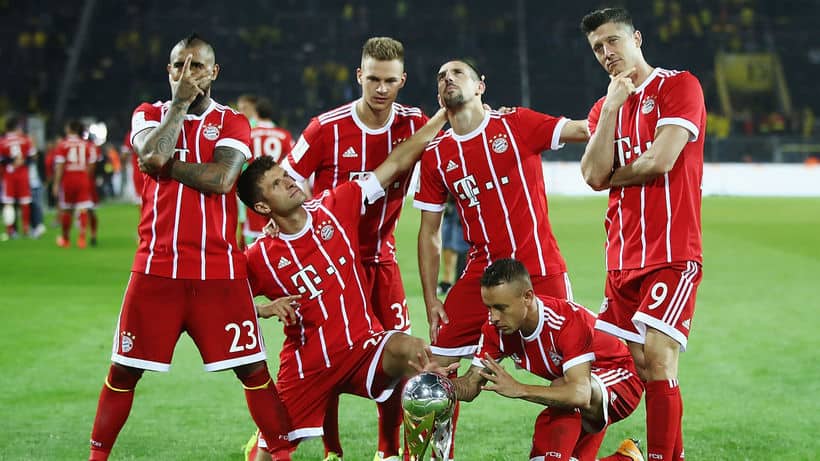 With over 100 years of success in sports, the famous German soccer team Bayern Munich made it on the list this year at number 15. The team’s story begins in 1900 and continues with its greatest successes in the 1970’s when it won the European Cup three times in a row in 1974-1976.

In the meantime, Bayern Munich has won two other Champions League trophies, and they were crowned German champions a record 27 times. Today Bayern is the biggest sports club in Germany and the third biggest soccer club in the world. Its value rises at $2.71 billion in2017, with an increase of 1% compared to the last year acording to Forbes. 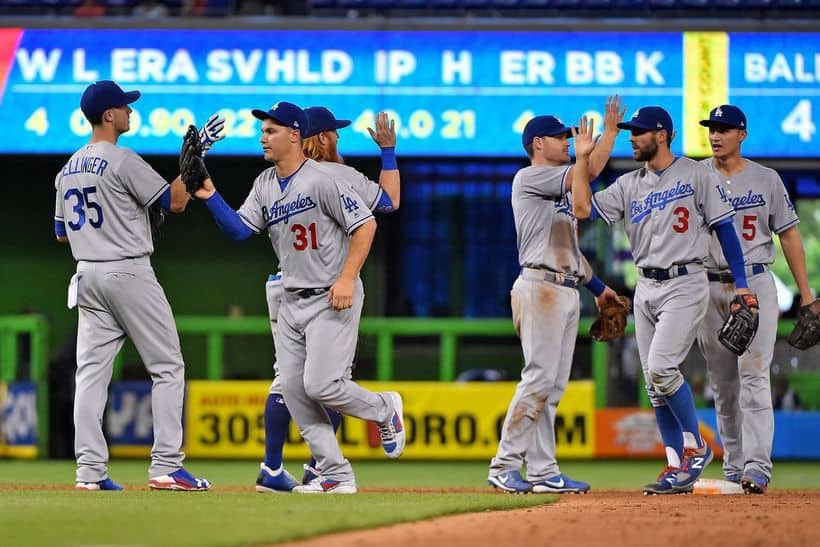 Next on the list is the Los Angeles Dodgers, one of the most popular and successful baseball teams out there. Their history goes back to 1883, when the team was founded in New York. They’ve played there until 1958, when they moved to Los Angeles.

The franchise has won six World Series titles and 21 National League pennants. In the 2017 season they got the most wins in the team’s history, a feat that led to a rise of 10% in their value over the previous year, thus reaching $2.75 billion today. Oh, and they have a big chance of winning the 2017 World Series these days. 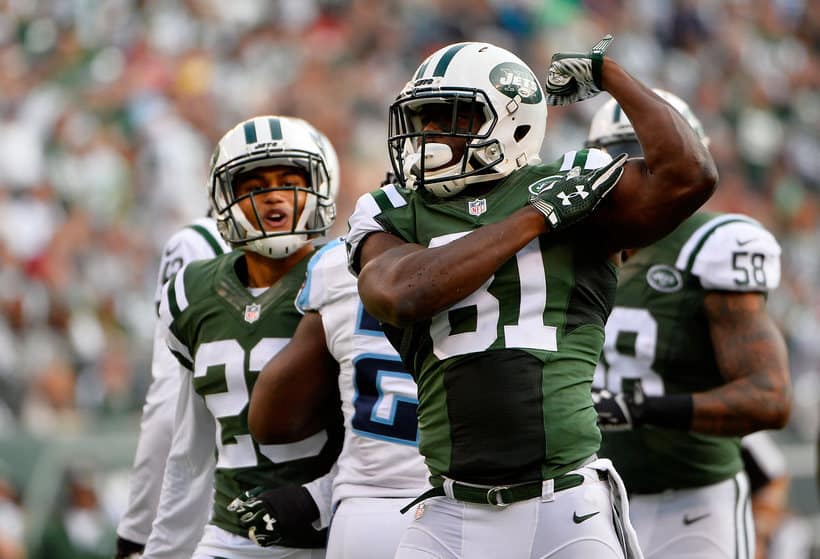 From Major League Baseball we’re moving to the NFL, where the New York Jets is still one the world’s most valuable sports franchises. The team was founded back in 1959 and they were first called the of Titans New York until 1963 when they changed their name to the Jets.

Though lately they haven’t had much success, their franchise value still rose 6% from the last year, to a cool $2.75 billion. If the Jets would be at least back in the playoffs in the next couple of years, I’m sure their value will go up like a jet. 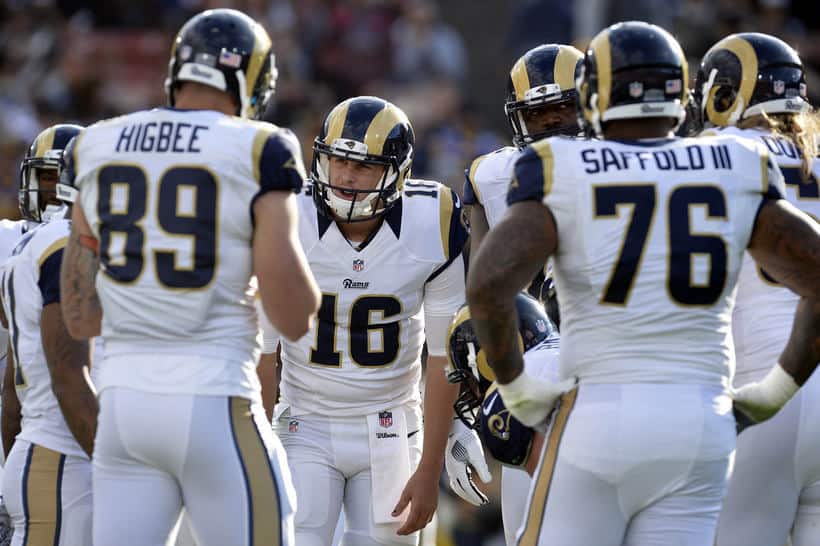 The number 12 on this list might be a surprise to some of you, but here they are, the new and improved Los Angeles Rams. Their history begins in 1936 in Cleveland, Ohio, where the team was founded as the Cleveland Rams, but then they’ve moved to L.A. for nearly 50 years and in 1994 they moved to St. Louis, where the team became the St. Louis Rams.

But this year they got back to L.A. and their value sky-rocketed, doubling the one of the previous year. The rise of 100% over last year has brought them to the nice sum of $2.9 billion. 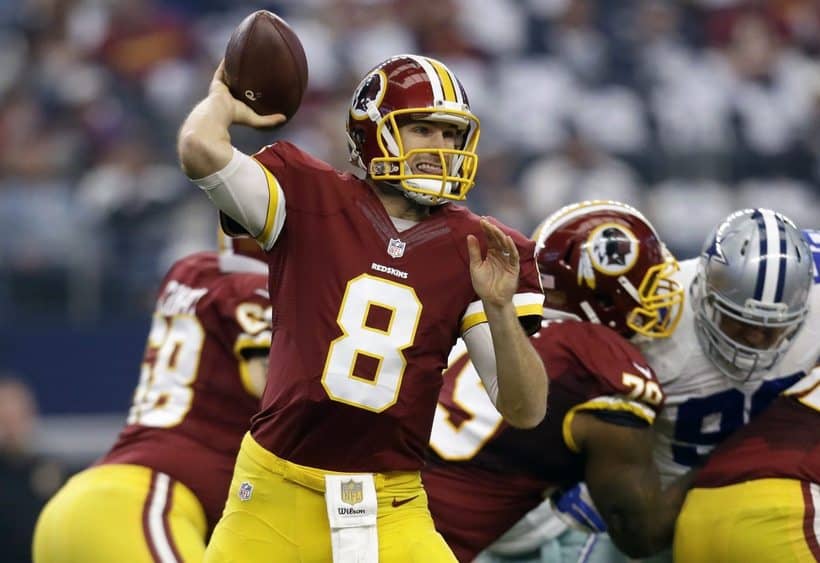 The Washington Redskins started on this path as the Boston Braves back in 1932 and then they relocated to Washington D.C. in 1937, also changing their name to the Redskins. Along the years they have won five NFL Championships and seized 14 NFL divisional titles, becoming one of the most successful football teams.

But even though lately their success hasn’t been that great, they’ve still rose their value to $2.95 billion, a rise of 4% over last year. 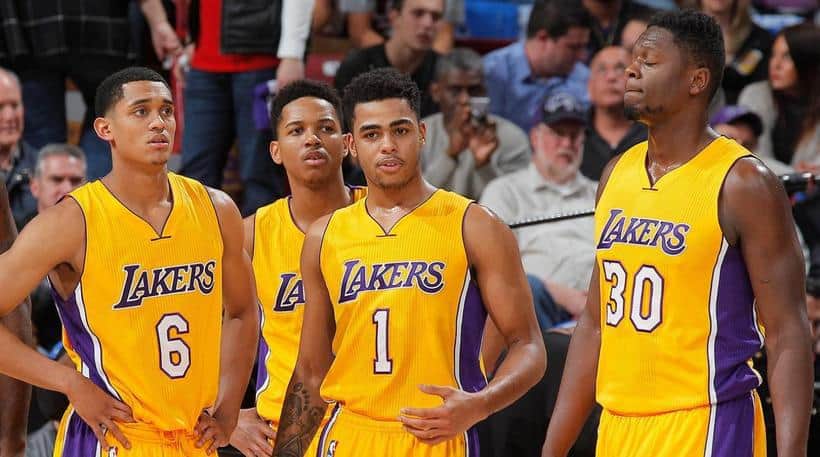 One of the most successful teams in the history of the NBA, the Los Angeles Lakers have seized 16 NBA championships across the years, with their latest win being in 2010. They’re famous for having had quite a few Hall of Famers play for them including Magic Johnson, Shaquille O’Neal and Kobe Bryant.

These last couple of years have been pretty hard for the Lakers, especially after Kobe retired, but their franchise value is still going up, rising today to $3 billion after increasing with 11% last year. 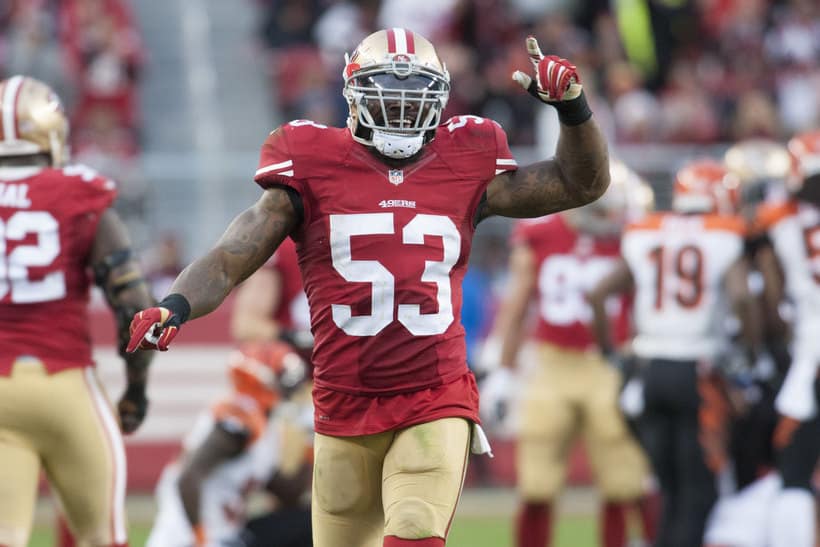 The San Francisco 49ers are also going through a bad period right now, but the team that’s been in the game since 1946 and in the NFL since 1949 has always managed to bounce back to winning ways. They have won five Super Bowl championships and hold numerous records in the NFL right now.

With some of the renowned players from NFL history in their team, it’s no wonder that they’ve become one of the best franchises out there. Their value jumped with 11% since last year, reaching the nice mark of $3 billion in 2017. 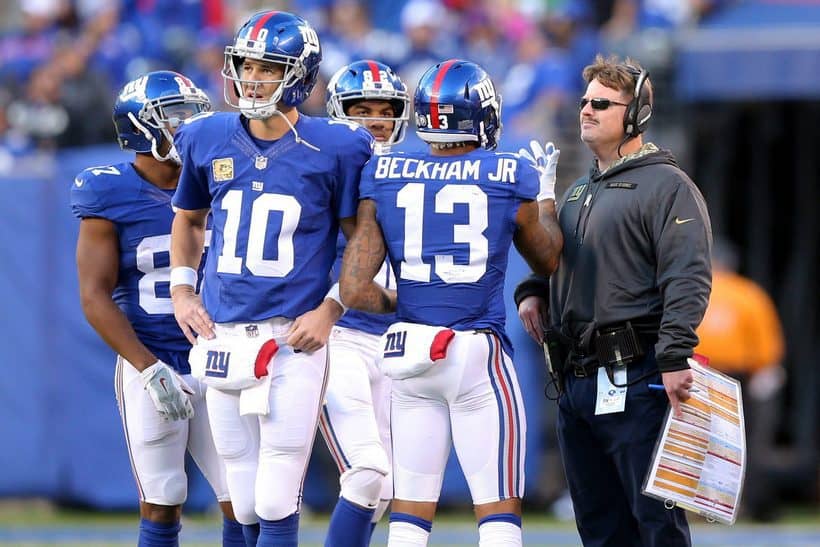 Some of you probably don’t know this yet, but the New York Giants have the longest history in the NFL, joining the league in 1925. It’s the only team from that period that still exists today and it’s no surprise they’re one of the most loved sports teams out there.

The Giants have won eight NFL titles so far and have had 28 Hall of Fame players in their rosters. They’ve also seen a nice jump in value compared to last year, 11%, leading to today’s worth of $3.1 billion. 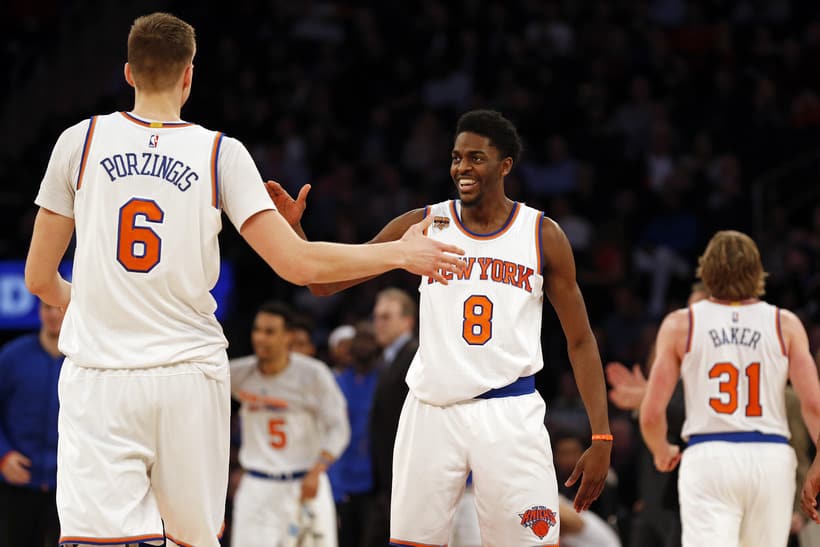 The New York Knickerbockers, generally known as The Knicks, has always been the most popular basketball team in New York. Founded in 1946, they were successful in their early years, but afterwards they’ve achieved only moderate success. Lately, The Knicks have tried to regain their past glory, but it didn’t work as they hoped.

As surprising as it might seem, Forbes magazine declared them the most valuable NBA franchise of this year, worth $3.3 billion, after a rise of 10% from last year. 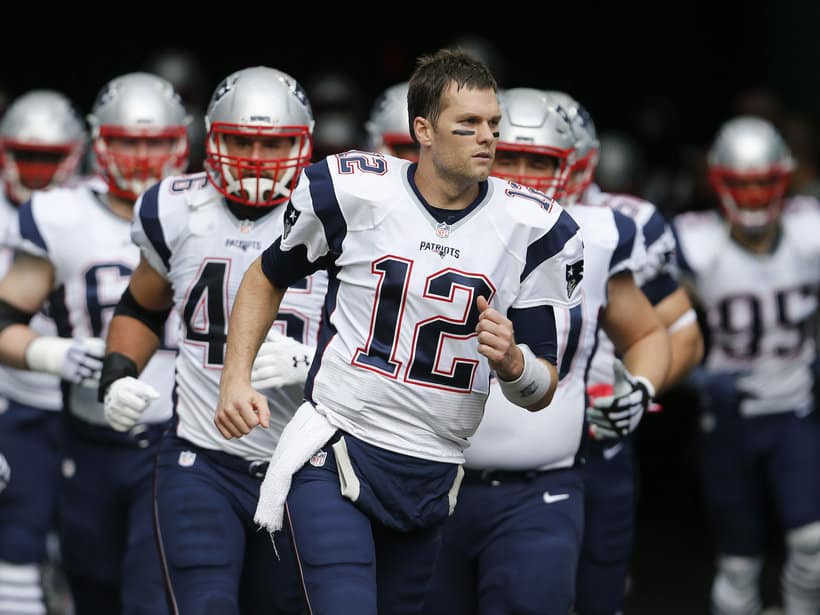 Back to the NFL, we’ve got the New England Patriots proudly sitting at number 6 on this list. The American Football team that was founded in the 1960’s in the Boston region joined the NFL in 1970 and after 2000 they’ve become one of best teams in NFL history, with much of their success owed to coach Bill Belichick and quarterback Tom Brady.

The Patriots broke many records and won a great deal of titles in the last two decades, including the 2017 Super Bowl after an unforgettable comeback. Their value as a franchise has increased by 6% since last year, rising to a total of $3.4 billion. 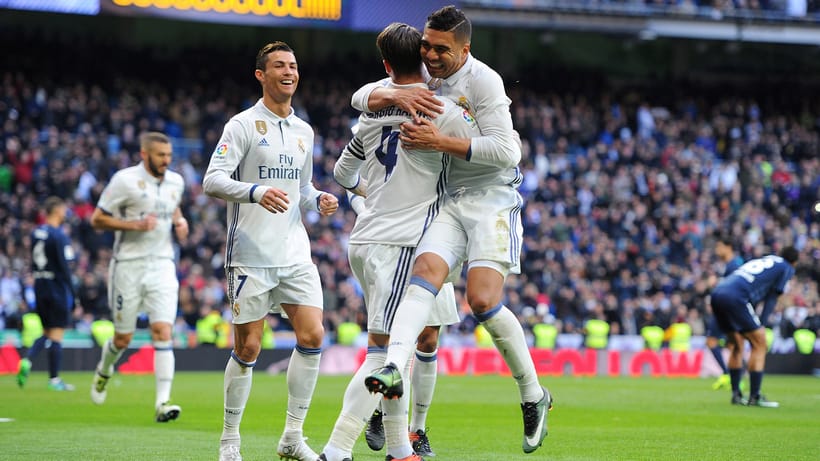 Nearing the top of the list, as most might expect, we’ve got some soccer teams competing for the title of most valuable team. The first of them, Real Madrid, is surprisingly the only one that has dropped in value since last year, even though they’ve just won the 2017 Champions League. But they’re still in the top 5, and we’re sure their value will go up next year.

With a history that goes back to 1902, Real Madrid has become one of the most successful soccer teams in the 1950’s, after five consecutive wins of the European Cup. They continued as a great force in the european football scene and in 2010 they were named the FIFA Club of the 20th Century.

Despite the 2% drop in value since last year, they’re still worth $3.58 billion. 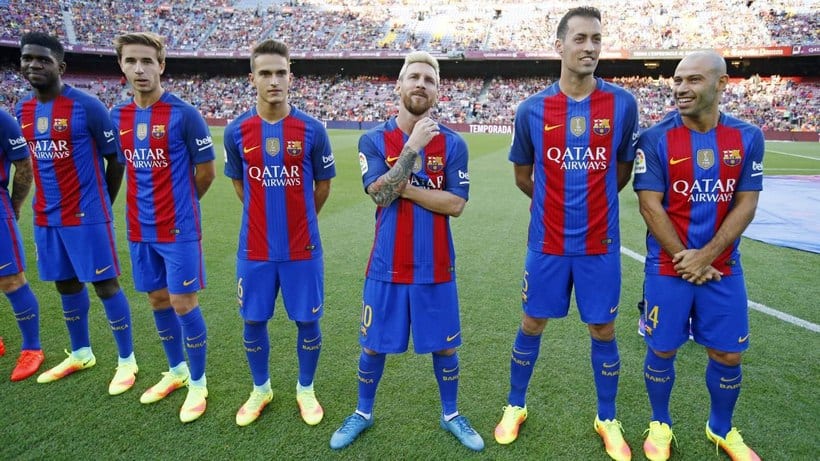 Catalonia might be going through a lot of changes lately, but one thing’s for sure: FC Barcelona will always be one of the world’s most popular and succesful soccer clubs in the entire world, with twenty European and World titles under their belt. Add in the 70 Spanish trophies (in La Liga, the Spanish Cup, Super Cup and a few other competitions) and you will understand why they’ve always been Real Madrid’s arch rivals.

With an outstanding supporter and fan base all over the world, FC Barcelona is widely regarded as the greatest sports team of all time. Their rise in value of 2% since last year brought their worth up to $3.64 billion. 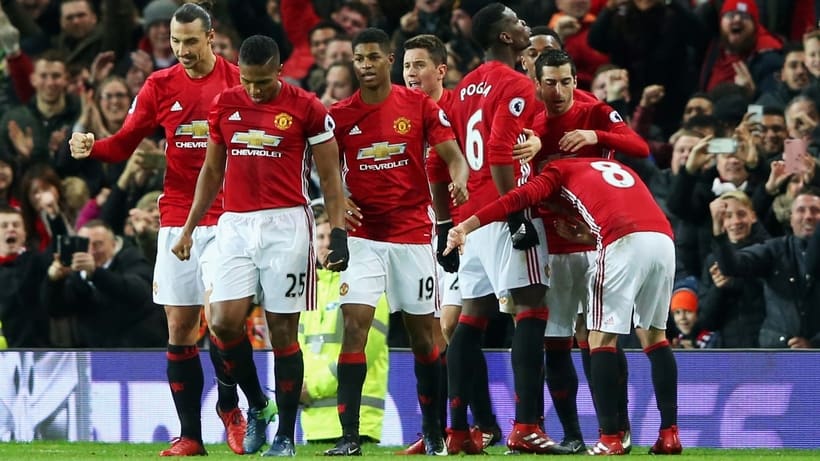 Sir Alex Ferguson might have retired a few years ago from Manchester United, but the English team is still the most valuable soccer club in the world right now, for good reason. Founded back in 1878, they’ve won 20 League titles, 12 FA Cups, 5 League Cups, 3 UEFA Champions Leagues, the Europa League and many other titles.

Sure, most of them were under Alex Ferguson, but now the team is more than ready to take over the soccer world once again. Given their remarkable accomplishments, they have a huge fanbase all over the world and a value that rose 11% from last year, setting their worth to the sum of $3.69 billion. 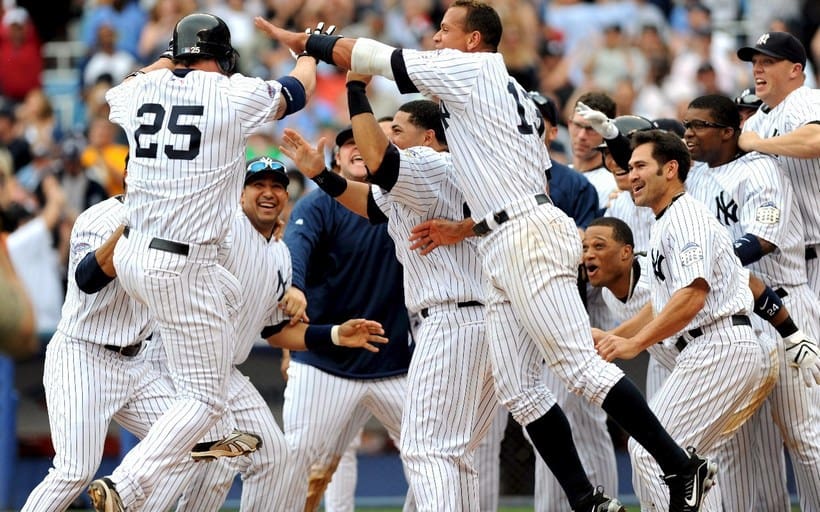 Coming in the second place is the most successful baseball team of all time, the New York Yankees. They’re on the American League scene starting from 1901 and have been called The Yankees since 1913. They’ve won 18 division titles, 40 AL Pennants and 27 World Series championships, all records in the Major League Baseball and they’ve also won more titles than any other franchise in the four major sports leagues in the United States.

That’s why the Yankees have always been one of the most successful sports clubs in the world. Their value has increased with a cool 9% since last year and they’re now worth $3.7 billion. 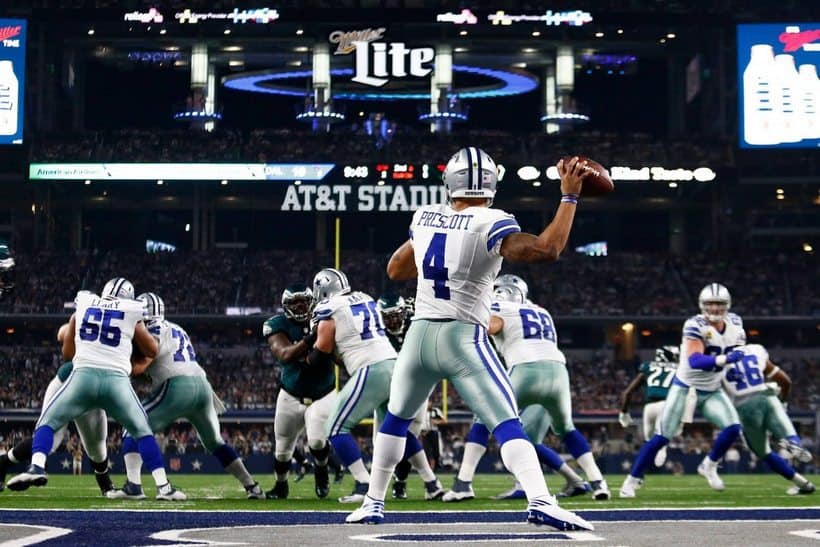 Based in the Dallas – Fort Worth area and competing in the NFL since 1960, the Dallas Cowboys are often called America’s Team, for good reason. They’re one of the most successful football teams out there, and probably the reason why many people outside the U.S. have started watching NFL games in the first place.

Among their most remarkable achievements is the yet unchallenged NFL record of 20 straight winning seasons between 1966 and 1985. They’ve also won five Super Bowl titles. Despite their lack of success lately, the Cowboys are currently the most valuable sports team in the world according to Forbes. They are also the first and only sports team so far to exceed the mark of $4 billion in value.

Today, the team is worth a staggering $4.2 billion, showing an increase of 5% over last year.