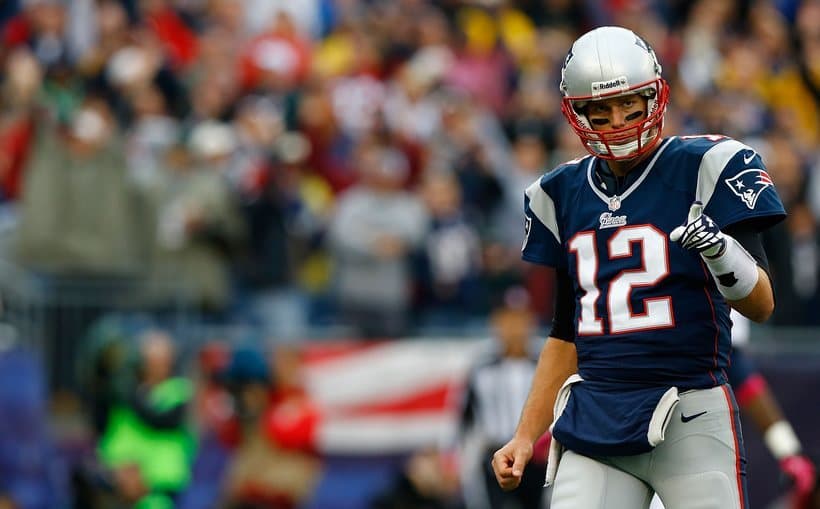 Tom Brady is one of the very few athletes for whom the term GOAT (Greatest Of All Time) has been invented. The only quarterback in NFL history to win five Super Bowl championships, and also one of the only two players to get that achievement, alongside Charles Haley, Brady has been a legend for the New England Patriots and for the NFL.

Given his too many accomplishments and accolades, which place him among the best players of all time, we assume that he only eats, drinks and breathes football. Today he’s one of the highest-paid athletes in the NFL. for good reason, and he’s got a net worth of $200 million. 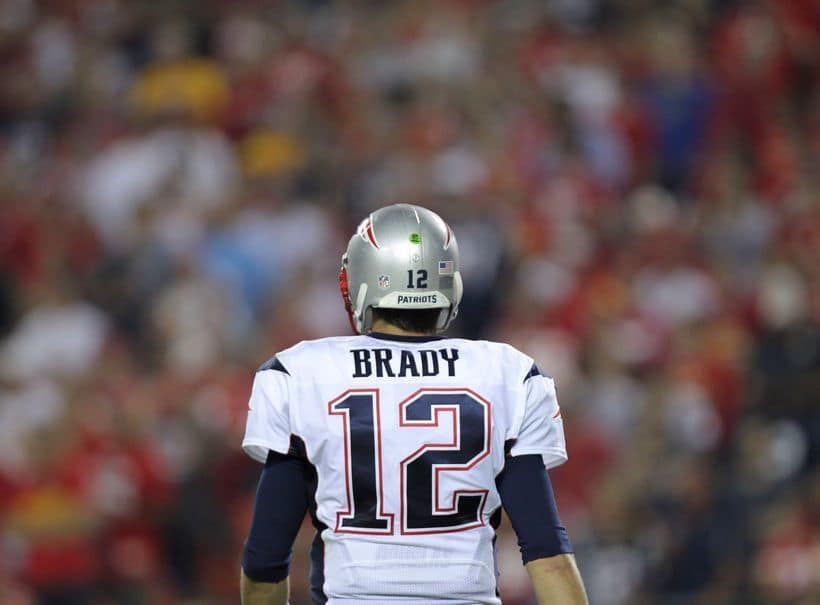 Thomas Edward Patrick Brady Jr. was born on August 3, 1977 in San Mateo, California, the only son out of four children of Galynn Patricia and Thomas Brady, Sr.

Since he was a kid, Brady Jr. was very passionate about football and had quarterback Joe Montana as his idol. He dreamed about football, and football is what he did all his life. He attended the football camp from the College of San Mateo, before continuing to Junípero Serra High School in the same city. I’ll let you guess at what he excelled there.

Upon his graduation in 1995, he attended the University of Michigan until 1999, where he… played even more football. Actually, he was a very good baseball player as well, but he decided to pursue his main passion and in the next year after graduation he was drafted by the Patriots in the sixth round of the 2000 NFL Draft, with the 199th pick.

This will surely go down in history as one of the best picks ever! 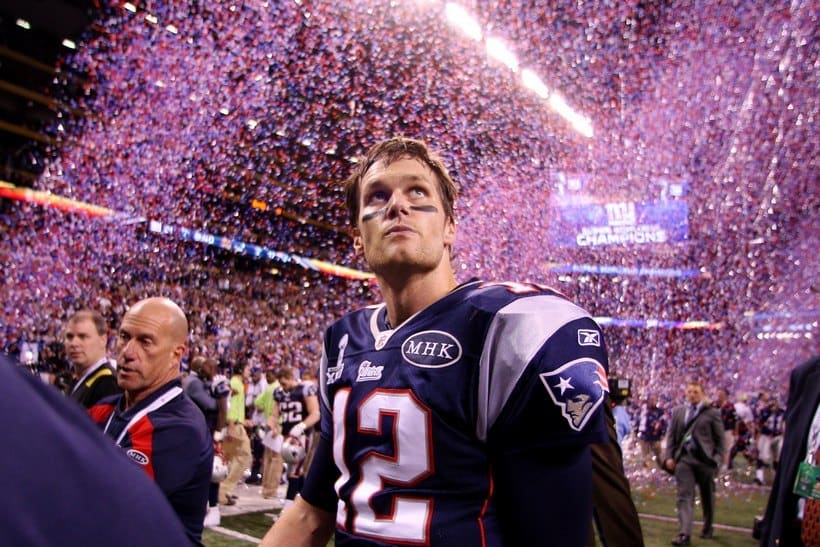 Brady began his pro career as a backup quarterback in his first season in the NFL, playing in only one game, but in 2001, chance smiled to him as the starting quarterback got injured, and Brady has been picked to replace him.

He didn’t miss the opportunity to prove everyone that he was a strong leader and a great player, leading the team to the impressive record of 11 wins and 3 losses in the 14 games that he started. But he didn’t stop there.

During the post-season, he was brilliant as well, leading the Patriots to a wonderful victory against the St. Louis Rams, in Super Bowl XXXVI, and taking home the Finals MVP award in the process. Two years later, he won his second Super Bowl. Throughout his career, he would win three more Super Bowls, in 2004, 2014 and his fifth one just last year, after an epic comeback against the Atlanta Falcons. Guess who was in charge of the comeback?

In 2007, Tom Brady led the Patriots to the first 16–0 regular season record in league history, and even though that incredible season ended with a loss to the Giants in the Super Bowl, he was back better than ever. In 2010, Brady signed a new $72 million contract with the team, making him the highest-paid player in the NFL at that time.

The star quarterback’s career wasn’t without incidents. A notable one, called the Deflategate scandal, came to public attention just a few years ago, when his team was accused that the balls they used were intentionally deflated under the NFL standard. Brady was suspended for four games following a report that stated the fact that he was generally aware of this issue.

Despite missing the first four games, Brady came back motivated to win everything in  the 2016 season. That he did, leading Patriots to a historic win against the Atlanta Falcons, as we’ve said earlier, earning his fifth Super Bowl in the process and surpassing even his childhood idol, Joe Montana.

With so many career accomplishments, Tom Brady rose as high as to be compared to his aforementioned idol. What more can one wish from life? Well… probably some big houses, nice cars and a lovely wife. We’ll get to that soon.

Endorsements and Other Business Ventures 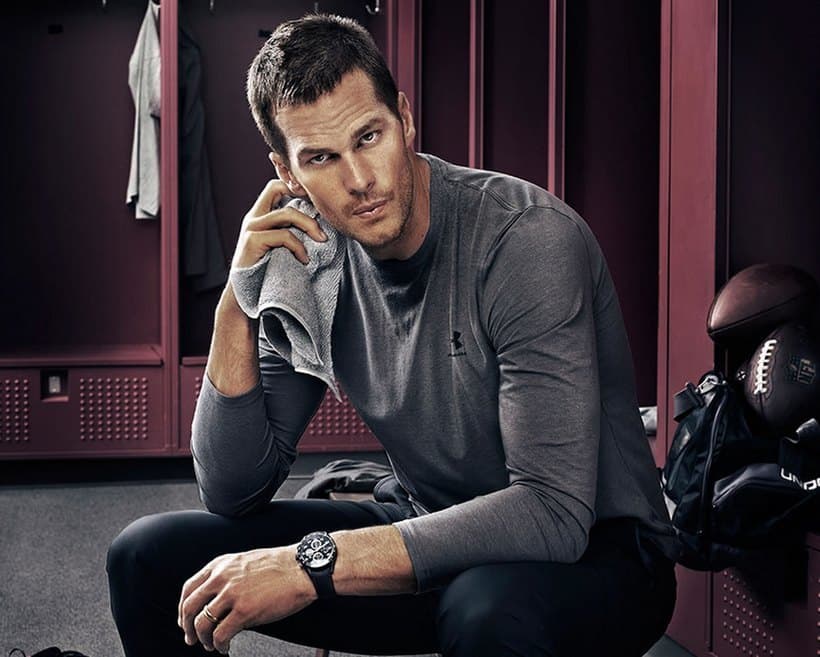 The famous quarterback has many endorsement deals right now, with brands like Aston Martin, Tag Heuer, Movado, UGG, Under Armour and Glaceau Smartwater, bringing him a total of $8 million every year. Besides that, Brady appeared in a few commercials and even in some movies like Entourage and Ted 2.

Apart from his wicked skills in football, Brady also seems to be a good entrepreneur. He launched a business based on his healthy diet habits, and opened an online store called TB12 which, among many other sports merchandise, sells his Nutrition Manual for $200. The store’s sales are very high and contribute to his rising net worth. 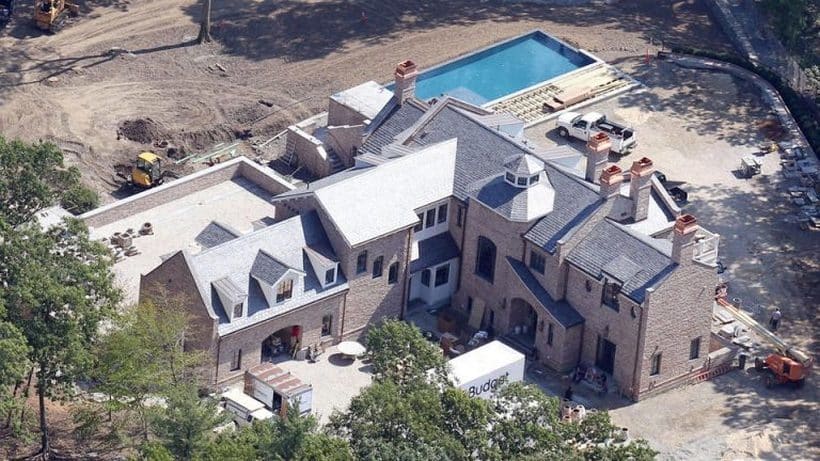 Brady and his adorably hot wife, Brazilian supermodel Gisele Bundchen, live together with their three kids in a gorgeous mansion in Brookline, Boston.

Proudly sitting right next to the home of Patriots owner, this extraordinary estate features five bedrooms, four bathrooms, a spa, a motor court, a gorgeous pool with a Baja shelf, a massive library, a wine cellar and even a yoga studio. It’s ranked #1 in our list with the most incredible homes owned by NFL players, for good reason.

But if you ask us, Tom Brady’s former home was even more impressive; a lavish palace in California, surrounded by a moat, which was sold to Dr. Dre for $40 million just a few years ago. Besides that, the celebrity couple also owns other properties, such as a $20 million crib in the Tribeca neighborhood of New York City, and a luxurious $9 million condo in Boston.

Brady also has a very nice collection of cars. It includes the luxury handmade Rolls-Royce Ghost, a Range Rover, a Jeep Grand Cherokee and an Audi R8.

Tom Brady Net Worth Over Time 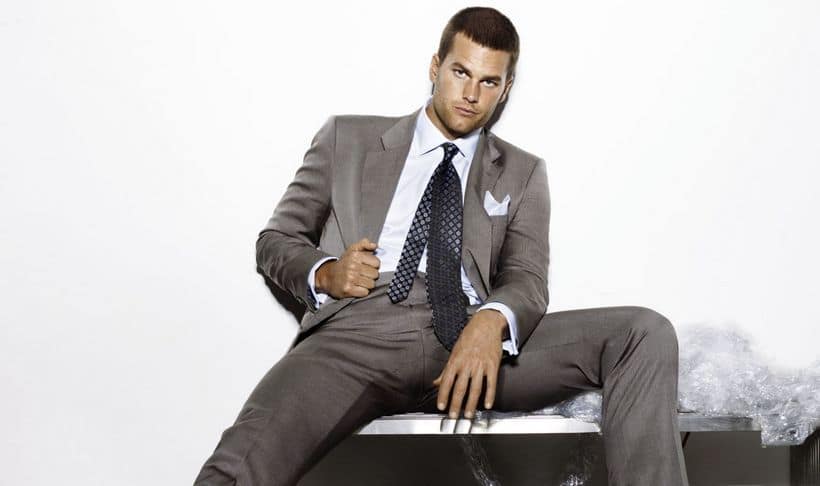 His first year in football brought the famous quarterback a $230,000 salary. That increased to almost $300,000 next year, but as he shocked the world with his brilliant skills and brought his team not one, not two, but three Super Bowl wins in just a few years, his salary increased a lot, peaking at around $16 million in 2005 and 2006.

Following a low point in 2007, with only $6 million in revenues, his salary went back up higher than ever in the next years, with $33 million in 2013.

Last year he got #15 on Forbes The World’s Highest-Paid Athletes list with a total of $44.1 million, rising his net worth to today’s value of $200 million.

Given his past accomplishments, Tom Brady will surely continue to shatter other records and get his team and net worth to new heights.