The Top 10 Most Expensive Wines in the World

Since the dawn of civilization, mankind has relied on wine. For what purpose, we all know. At home or away, for family or friends, on various occasions, for small or large celebrations or in religious ceremonies, wine has always been on our tables. Sometimes even without a clear purpose at all.

All this seems to have started somewhere in Eastern Europe and there’s evidence of wine production since over 8000 years ago, an important habit in the entire Roman Empire. And as good habits are kept alive across the rise and fall of civilizations, today we still produce wine. In quite high quantities.

But quality is the most important thing and that is influenced by lots of factors such as soil, type of grapes, climate and storage as well. The process of wine making is complex and some producers perfect it all the way to the border between science and art. The most renowned regions in the world for wine making are in France, Italy and Spain, but that doesn’t mean that others don’t produce the best wines.

And since good wines are synonymous with expensive wines, let’s find out which are The Top 10 Most Expensive Wines: 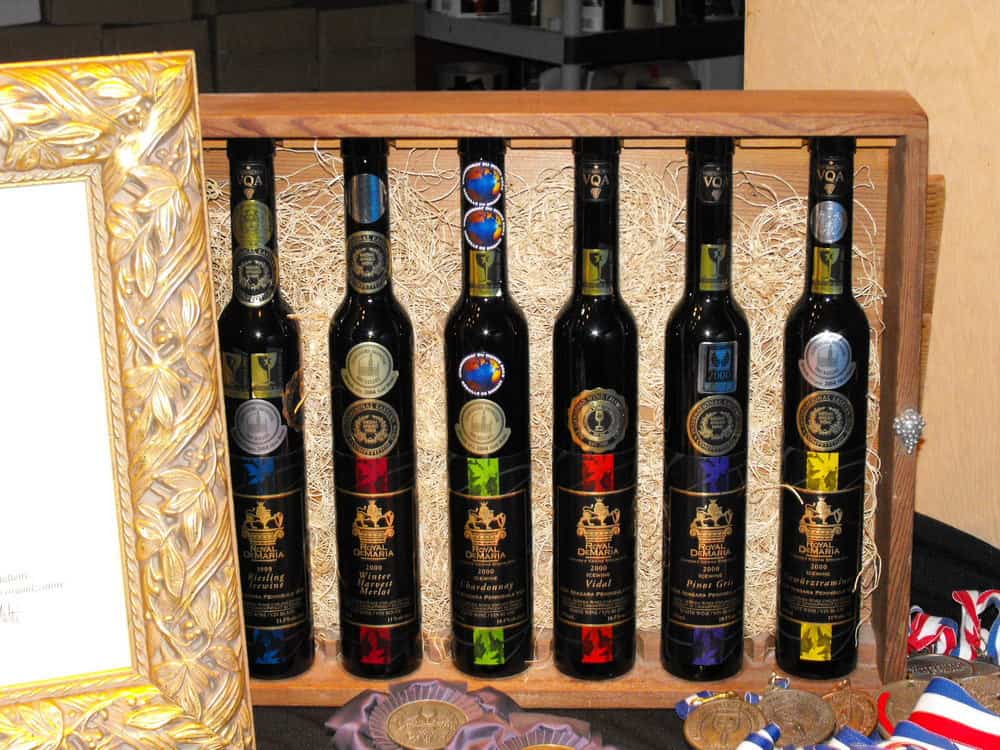 Born in Canada in 1998, Royal DeMaria is a winery that quickly became renown all over the world for their ice wine production. Their first batch was made without any study in the field of wine so they considered it flawed, but that’s exactly what put them on the world map of exquisite wines and set them apart with a distinguished signature taste, winning five international awards in the process.

Ice wine is made through freezing the grapes on the vine before the fermentation process, thus giving a sweeter taste to the final product. Their 2000 Chardonnay Icewine is a favorite of Queen Elizabeth and the collector series of vintage wine can sell for up to $30,000 per bottle, which makes it the most expensive ice wine in the world. 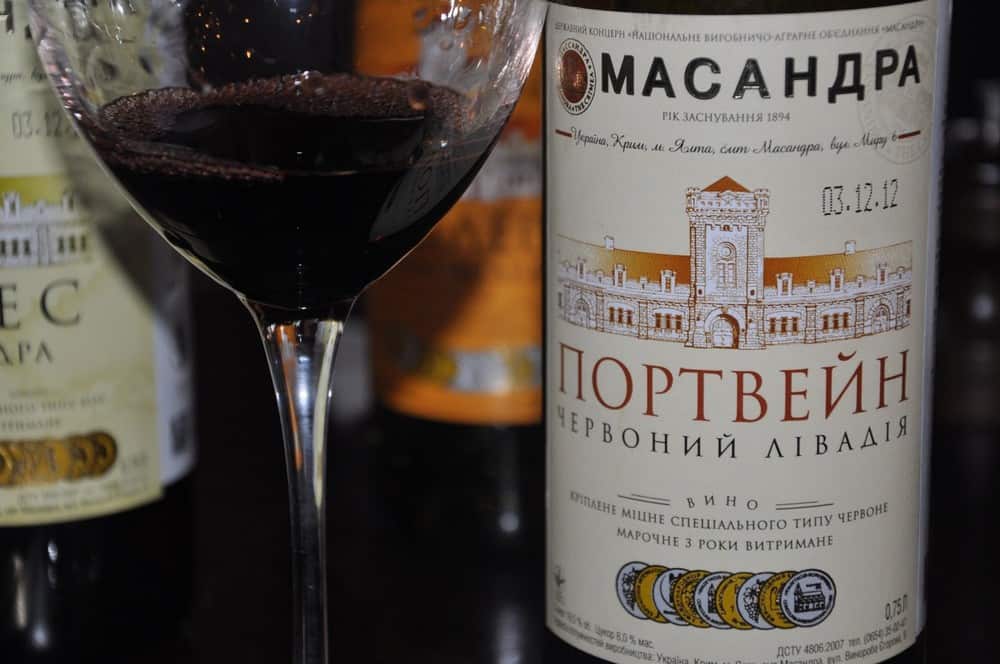 Coming from the Massandra winery in Crimea, one with a very long wine making tradition, the 1775 Massandra is their oldest bottle ever found, aged for well over 200 years, thus making it more of a collector’s edition than anything else.

The bottle in cause was sold in 2001 at an Sotheby’s auction house in London for the amazing price of $43,500. With such a history behind, we believe that the buyer never had the ‘courage’ to open it. 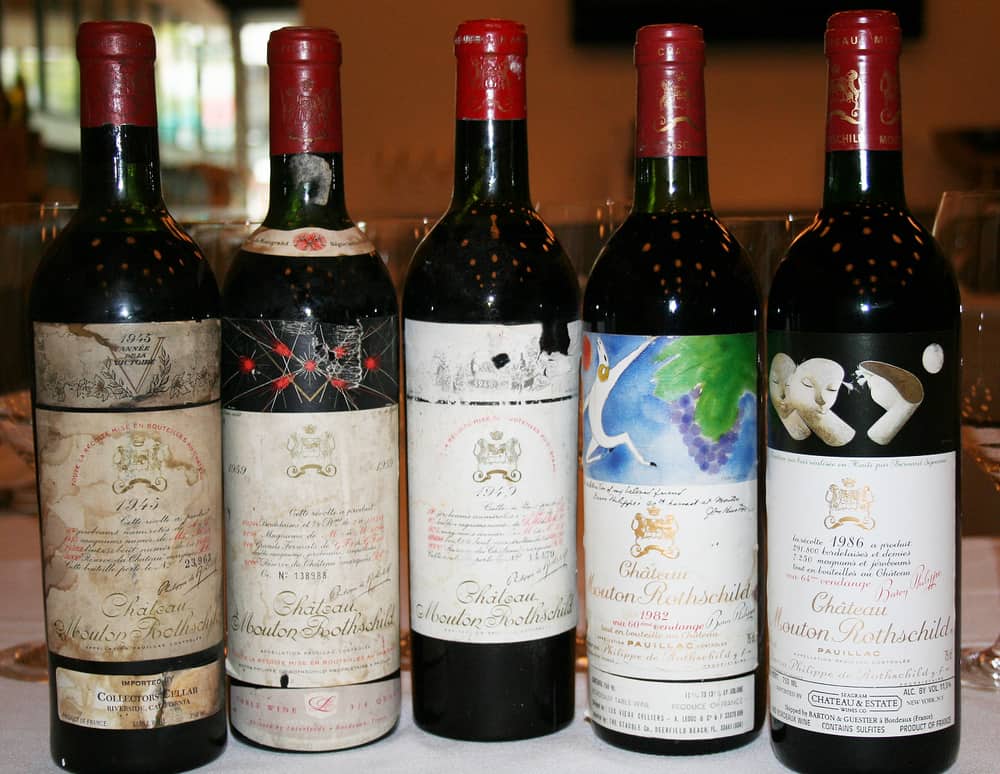 The original Chateau Mouton was bought by Nathaniel Rothschild back in 1853 and became one of the most respected vineyards of today. Highly appreciated from the very beginning among luxury wine consumers due to its prime region near Bordeaux, Chateau Mouton is even better regarded since it’s owned by one of the wealthiest families in the world.

A bottle of their 1945 vintage was reserved for the owner of Chateau Mouton but was finally sold at an auction for the impressive sum of $47,000.

The red wine is usually the all-time favorite and the one getting the most sales, but sometimes there is an exception. The 1787 Chateau d’Yquen is one of those exceptions.

It was sold by the Antique Wine Society to an anonymous American collector in 2006 for an unbelievable $100,000 and had to be transported across the ocean with a private jet under the careful supervision of a representative to make sure the bottle arrived safe on the other side.

Located in Sauternes, Gironde, France, Chateau d’Yquem is the highest rated winery in the region, producing extremely high quality wine due to the fact that the site is susceptible to be attacked by what specialists call a ‘noble rot’.

A bottle from their 1811 collection was sold at the Ritz in London in 2011 to Christian Vanneque, a private collector, for the whooping price of $117,000, making that the most expensive bottle of white wine ever sold, thus breaking the record set earlier by the number five entry on this list. 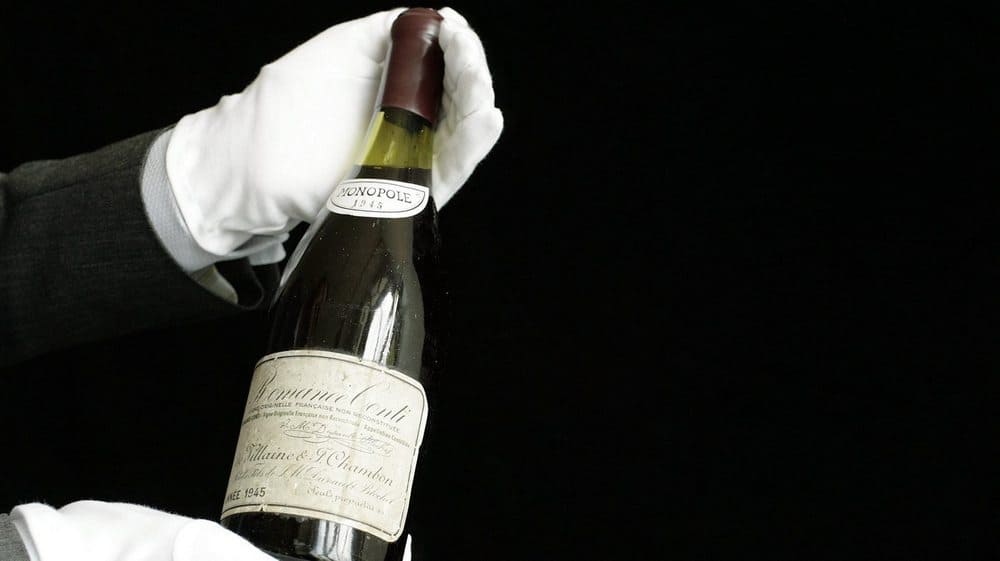 Some of the most expensive and sought after wines in the world come from the Romanee Conti vineyard in a sub-region of Burgundy, France. They are around since 1936 and specialize on Pinot Noir.

One bottle of their 1945 original vintage collection was sold at a Christie’s auction to an American collector for the price of $123,900. The price makes sense if you think that there were only 600 bottles of it ever made and that it was one of the few survivors from their original collections, the ones preceding a phylloxera epidemic which made them replace their vineyards with grafted vines. 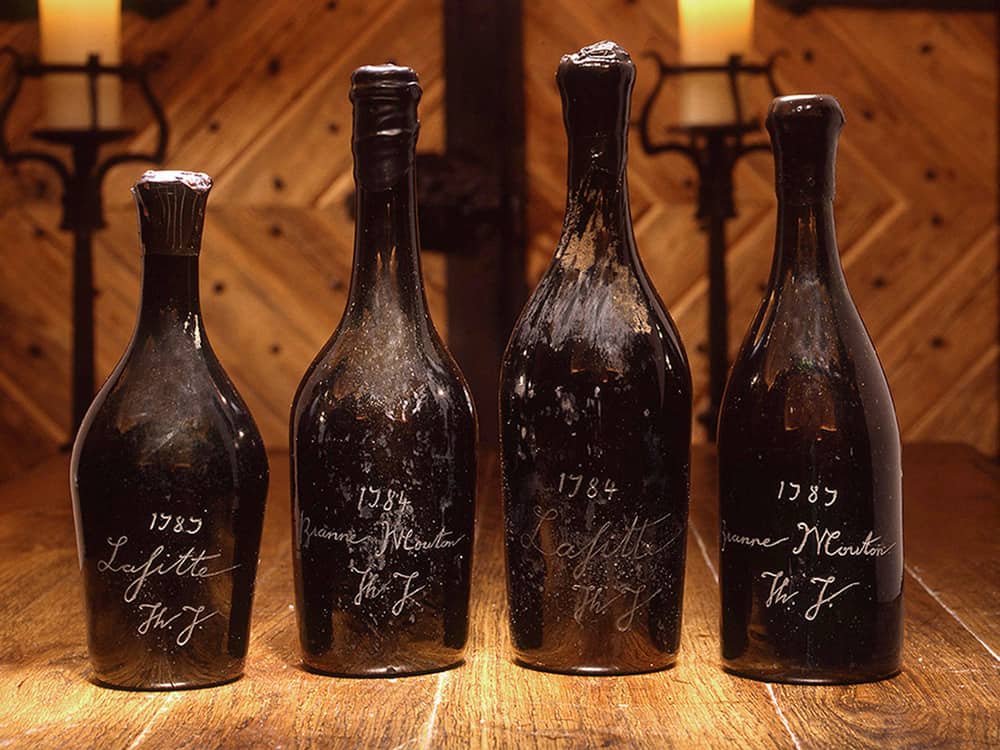 Known as the ‘King’s Wine’ back in the 18th century for their refined techniques of wine making, the Chateau Lafite kept its prestige across time and today they still produce exquisite red wines. Now owned by the Rothschild family, they were once the favorite wine producer of Thomas Jefferson himself.

In 1985, Malcom Forbes purchased one extremely rare bottle from 1787, part of Jefferson’s personal collection, with his initials inscribed on the bottle. The wine inside isn’t drinkable anymore, but Malcom paid $160,000 for it nonetheless, to improve his own collection. 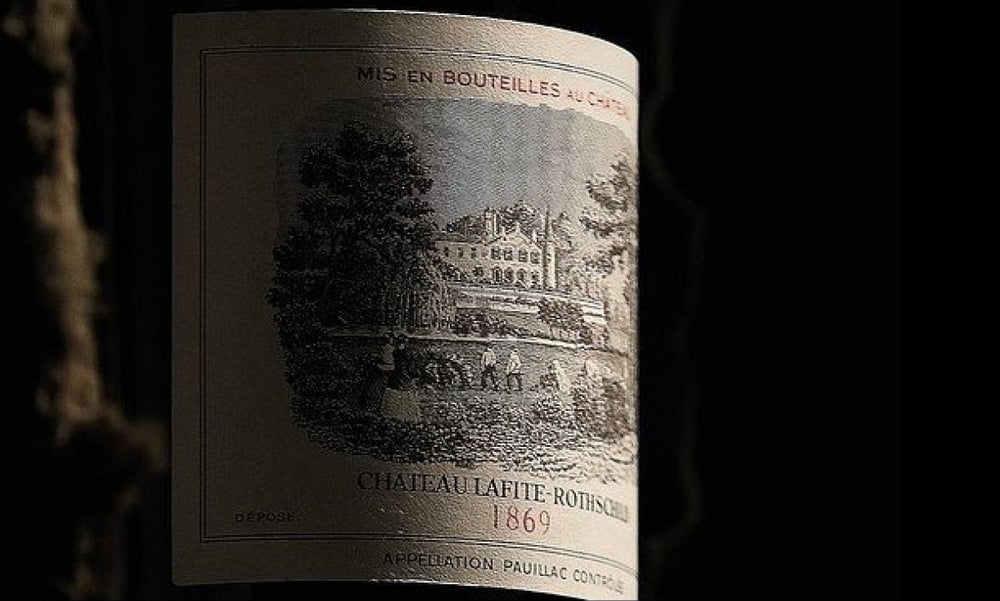 Chateau Lafite became a public estate right after the French Revolution and was later sold to several Dutch merchants, getting on the hands of the Vanlerberghe family. In 1868, Baron James Mayer Rothschild purchased the winery and the name was changed to Chateau Lafite Rothschild.

The 1869 vintage collection of wines came right after that last purchase and it was estimated that a bottle was selling lately for around $8000, but an Asian buyer paid a whooping $233,972 for one at a Sotheby’s auction in Hong Kong, to everybody’s utter amazement. 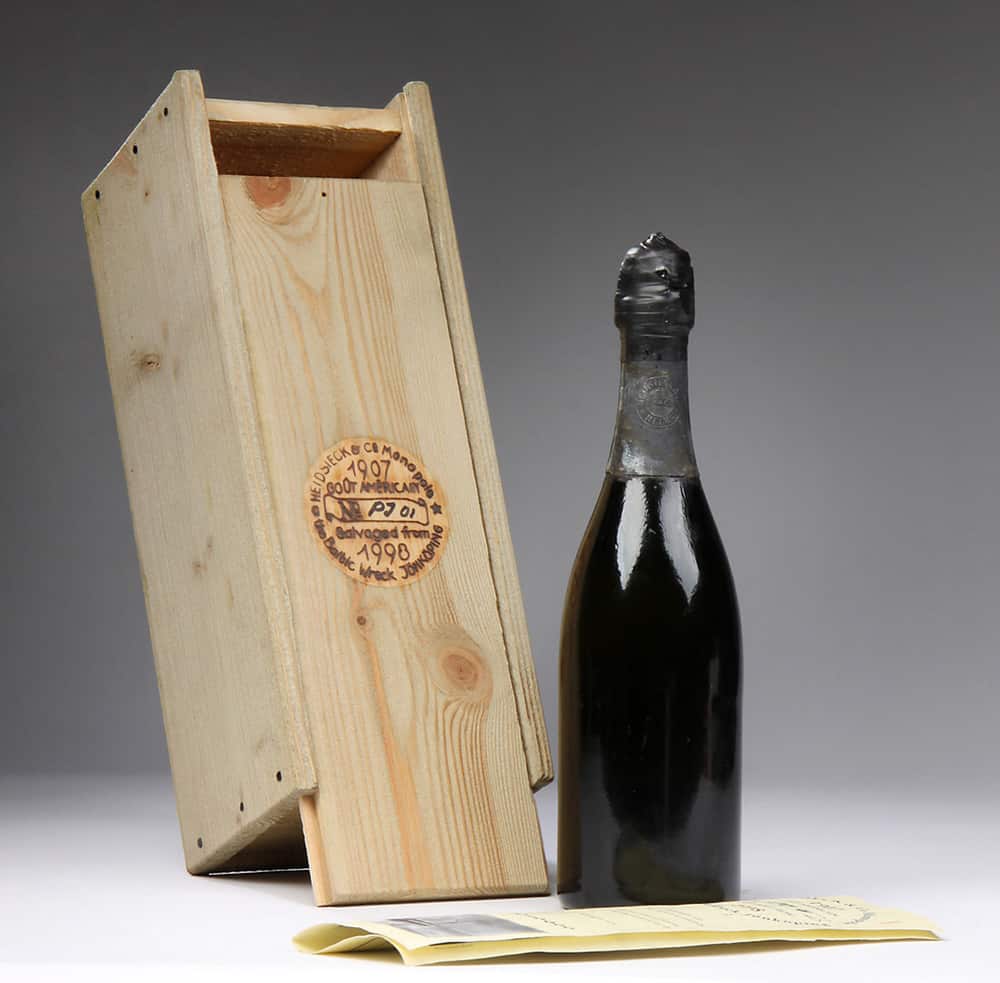 Found in 1998 on the bottom of the Gulf of Finland on the Jonkoping Swedish freighter, the 1907 Heidsieck bottle of wine was supposed to reach the Imperial Court of Tsar Nicholas II of Russia. That never happened since the ship was torpedoed in 1916.

Fortunately, many of the 2000 bottles of different drinks in the transport survived the catastrophe and were sold at auctions around the world. Each of the bottle raised $275,000 so the 1907 Heidsieck became one of the most expensive wines ever sold. 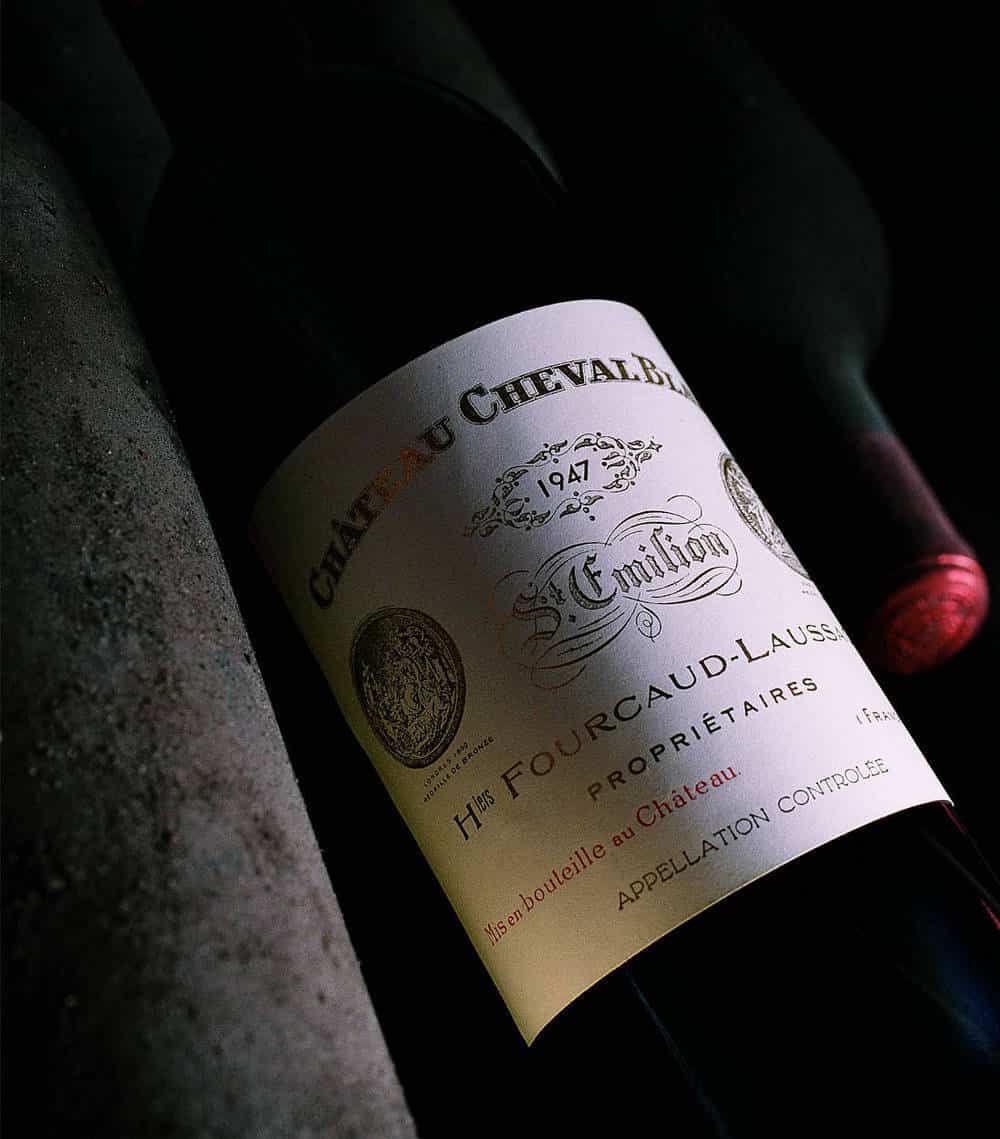 While most of the wines on our list were sold due to historic or scarcity reasons, the 1947 Chateau Cheval Blanc is appreciated for its taste alone.

Considered the best Bordeaux wine ever made, one bottle of it was sold at a Christie’s wine auction in Geneva for the amazing price of $304,374, making it the most expensive bottle of wine ever sold.

The Top 10 Most Expensive Wines in the World
Tags:
Previous Article
The Mercedes-AMG G63 Edition 1 is Ready For Conquest
Next Article
A Slice of Heaven in Marrakech – Dar Ayniwen Villa Hotel