The Big O Desktop is every gamer’s fantasy 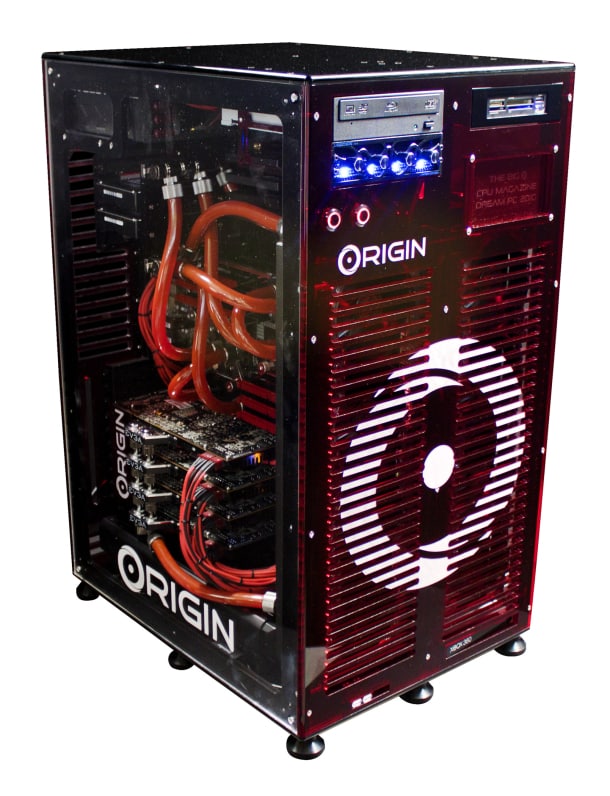 Origin PC has created the ultimate computer for high end gamers which was called the “Big O Desktop” and will cost up to $17,000! The Big O features a double wide case (the Danger Den Tower 21) with the usual high end bells and whistles. The basic configuration will start from $7,669 and even in this configuration the CPU, both GPUs and the motherboard will be liquid cooled.

Upgrade options will include up to two six core Intel Xeon X5680 CPUs, two 1,000 watt power supplies and up to four graphic cards. The real innovation of this system that will surely attract many customers is that along the bottom edge of the system it comes with a liquid cooled Xbox 360 Slim.

Origin PC haven’t released any details regarding the extent to which the Xbox 360 is integrated into the rest of the system but the computer and the console probably won’t interact for the most part. You can play on the console while the PC is working on another task and so on.

The Big O Desktop will go on sale this afternoon and customers will be able to get a configuration priced between $7,669 and $17,000! 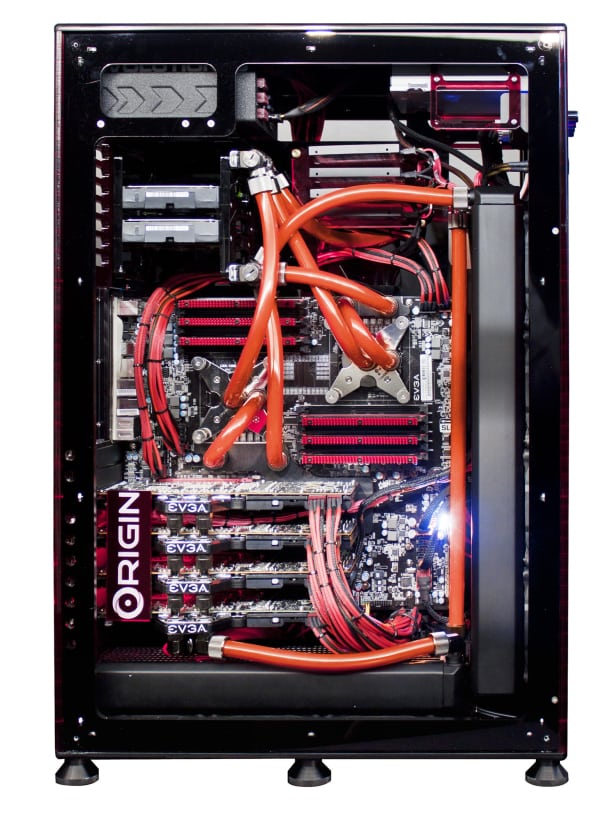 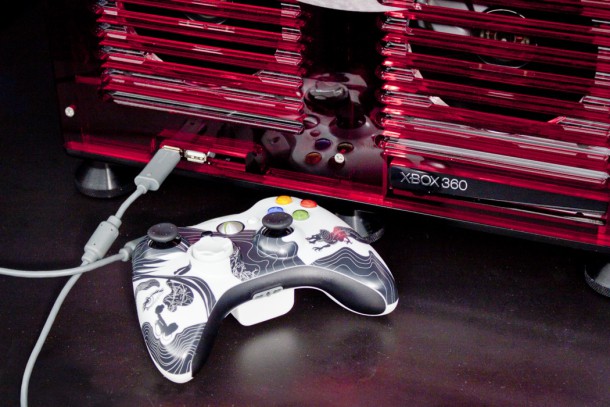