The Best Electric Skateboards You can Buy Right Now

In the past few years, technology has evolved so much in terms of electric motors that today we’ve got a lot of nice electric vehicles to go around town, from the tiniest and funniest two-wheeled vehicles to all electric cars and motorcycles.

So if you can drive a fully electric car around – and out of – town today, why shouldn’t you be able to ride an electric skateboard? With smaller and more powerful electric motors and accessible and more power efficient batteries, there’s no wonder personal transportation devices have emerged everywhere.

The world’s sidewalks are getting full of them already – with electric skateboards becoming more and more mainstream – and they show no sign of stopping anytime soon. Should you decide to try some of these, we’ve done our research and came up with the best electric skateboards you can buy right now: 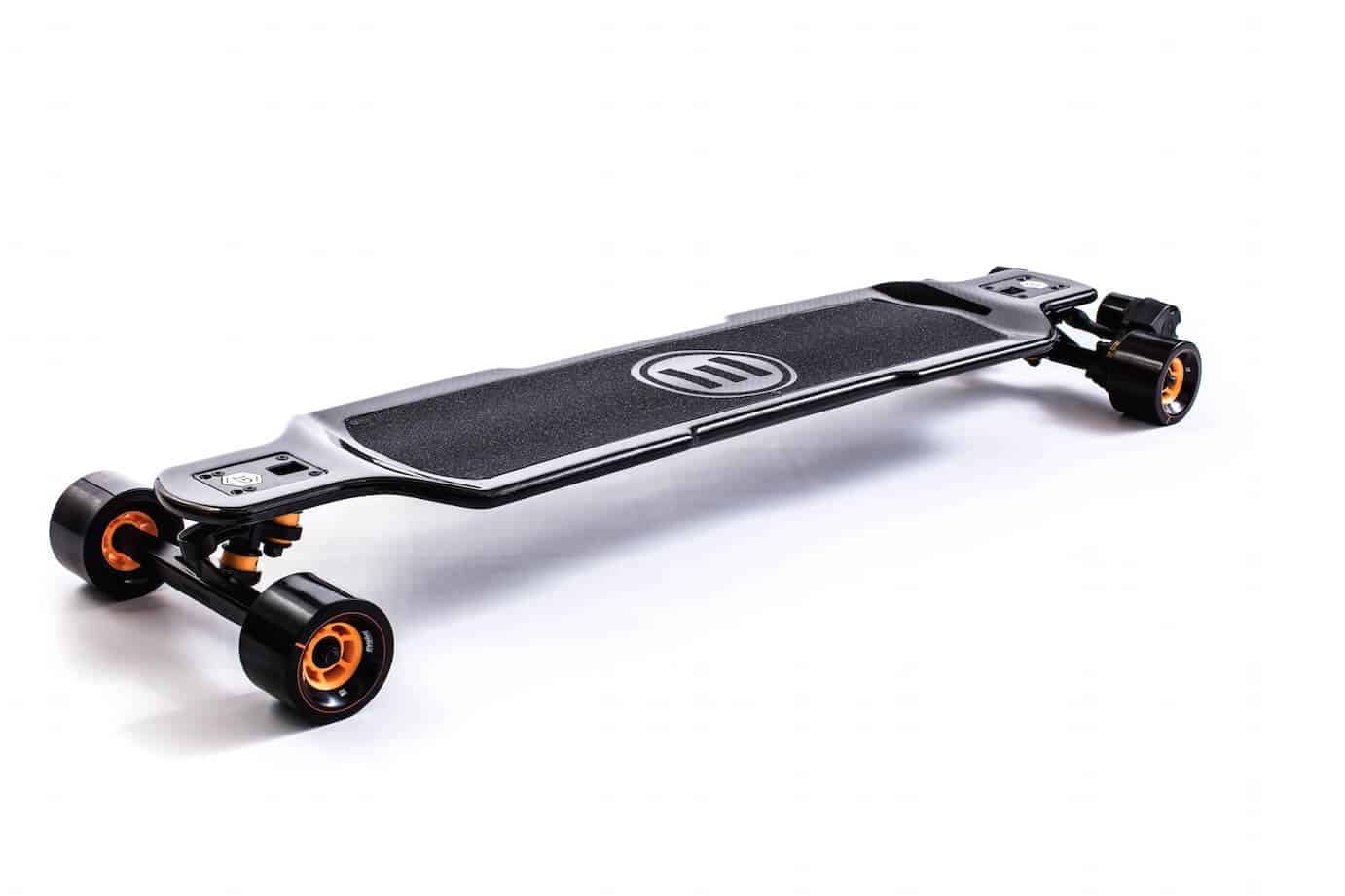 It’s probably one of the most versatile electric skateboards out there, with the possibility of swapping between standard and off-road wheels, allowing riders hit both smooth sidewalks and rougher terrain such as the dreaded cobblestone or even gravel.

The Evolve team has thought about this problem, which bothers especially those using a skateboard to commute, so they’ve come up with Carbon GT 2-in-1. The off-road wheels this electric skateboard comes with are simply fantastic, easily going over small potholes, gravel alleyways and even small stretches of muddy and grassy terrain. The Evolve Carbon GT 2-in-1 feels better than a traditional longboard, since it’s able to handle the rough parts of your daily commute. The price tag is a good $2,160. 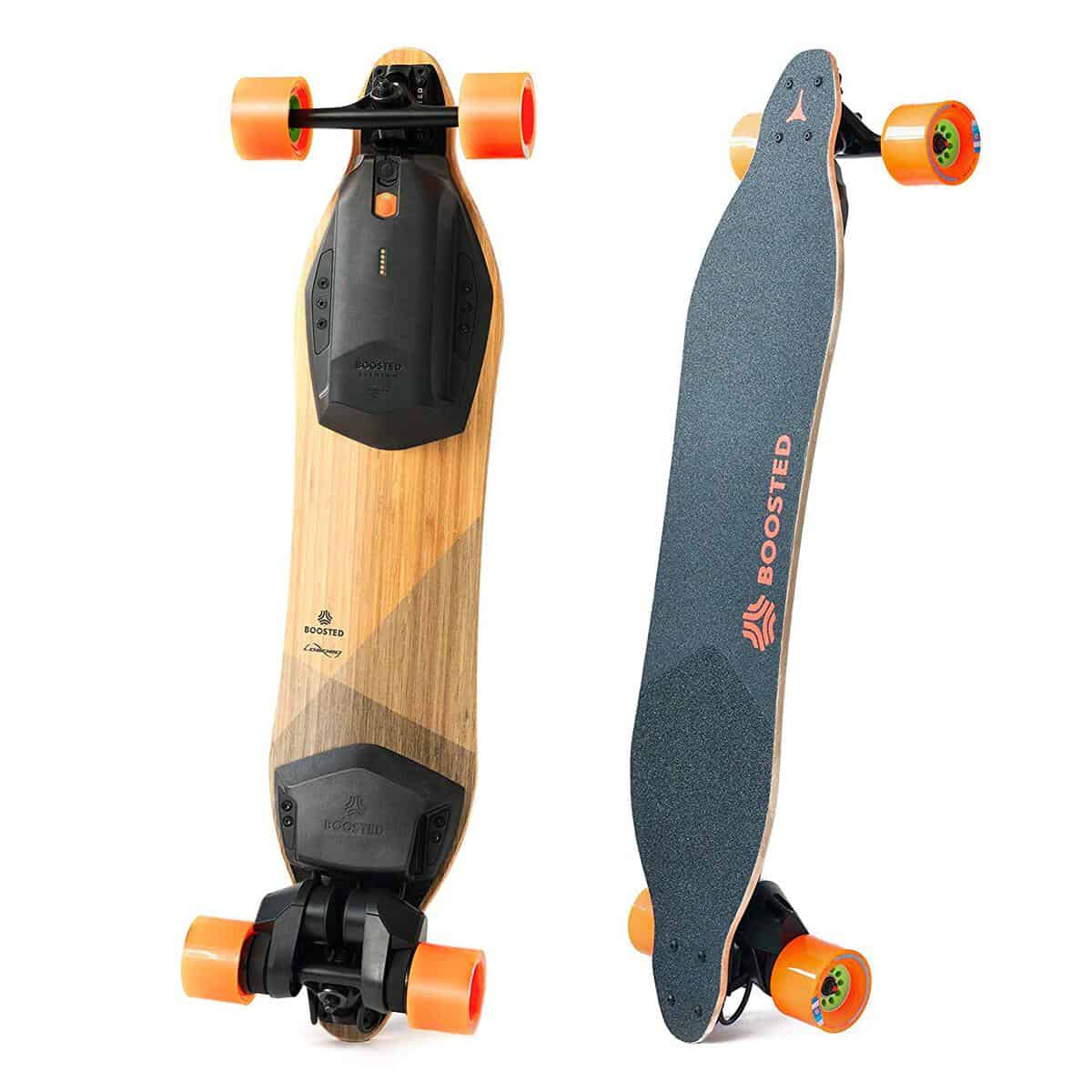 The guys at Boosted have come up with a board that provides one of the smoothest and most polished rides on the market today. Their 2 Dual+ will feel perfect under the feet of professionals and beginners alike. And it’s not even that expensive, at $1,500.

Boosted 2 Dual+ comes with a wonderful handheld throttle mechanism and boasts very well tuned motors, making for a super smooth control of acceleration and deceleration, probably one of the best there is on the market so far. Unlike other boards, this electric skateboard won’t throw you off balance when starting from a dead stop or hitting the brakes. No matter how hard you mash the brakes, the board’s motors will slow you down in a gradual way.

What’s more, the Boosted 2 Dual+ can be personalized depending on the user. For beginners, the top speed can be limited to 11 mph, or die down the acceleration and deceleration for a more gradual shift than the standard one. There’s also the Eco mode, which aims to save battery, and the Pro or Expert modes will easily get you to over 20 mph. Switching between these modes is done easily from a button on the controller. 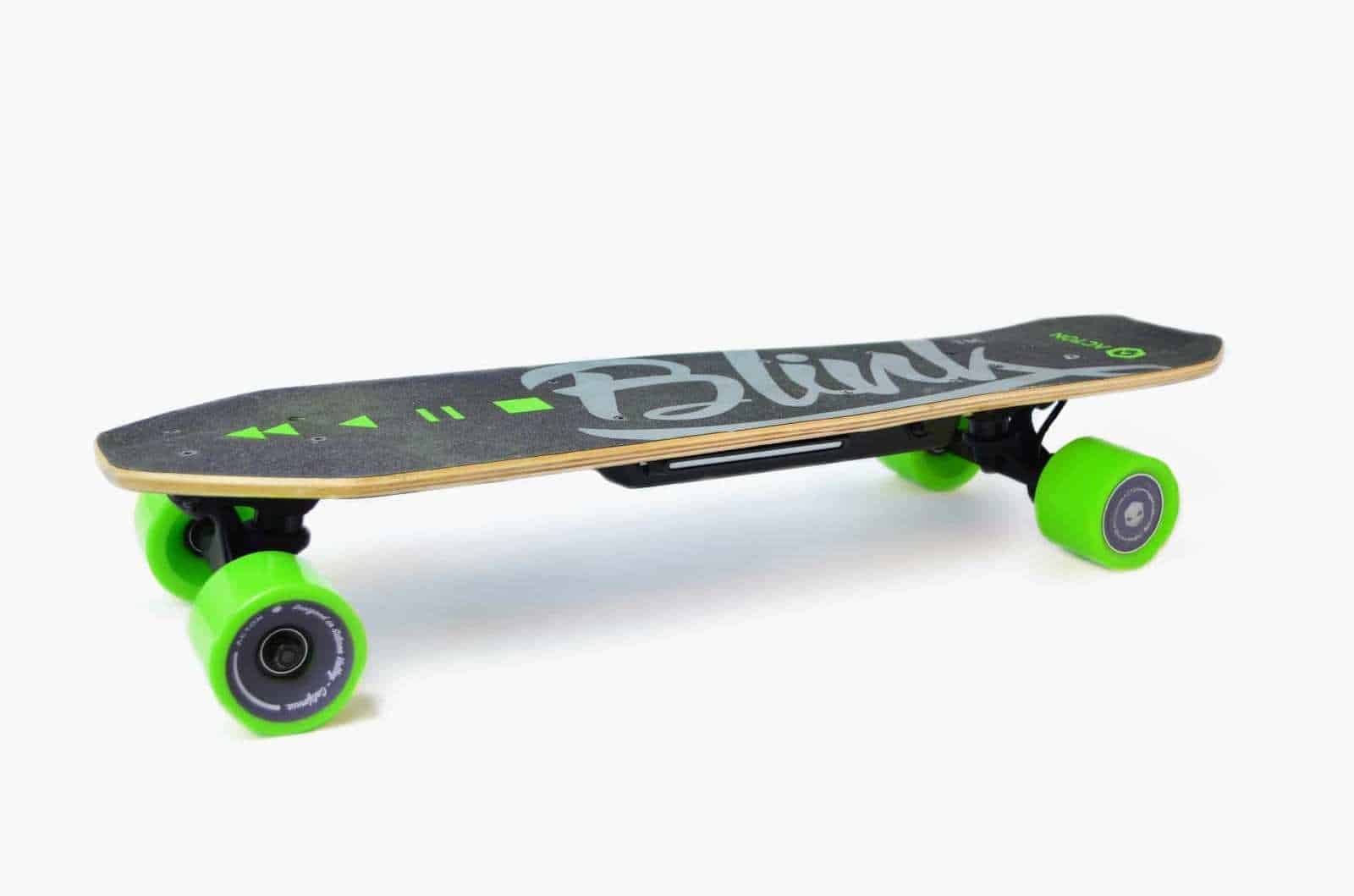 For those looking for a budget electric skateboard, the Acton Blink Lite V2 is their best choice. Priced at only $300, it’s the best option for those who want to try electric skateboards but not dive too deep down the rabbit hole of premium boards.

The Acton Blink Lite V2 is more for people who’ll use it on weekends for short walks rather than on their daily commute. Also, this is one of the lightest electric skateboards you’ll find out there so far, but powerful enough to not disappoint. The range is good enough as well at 5 miles. 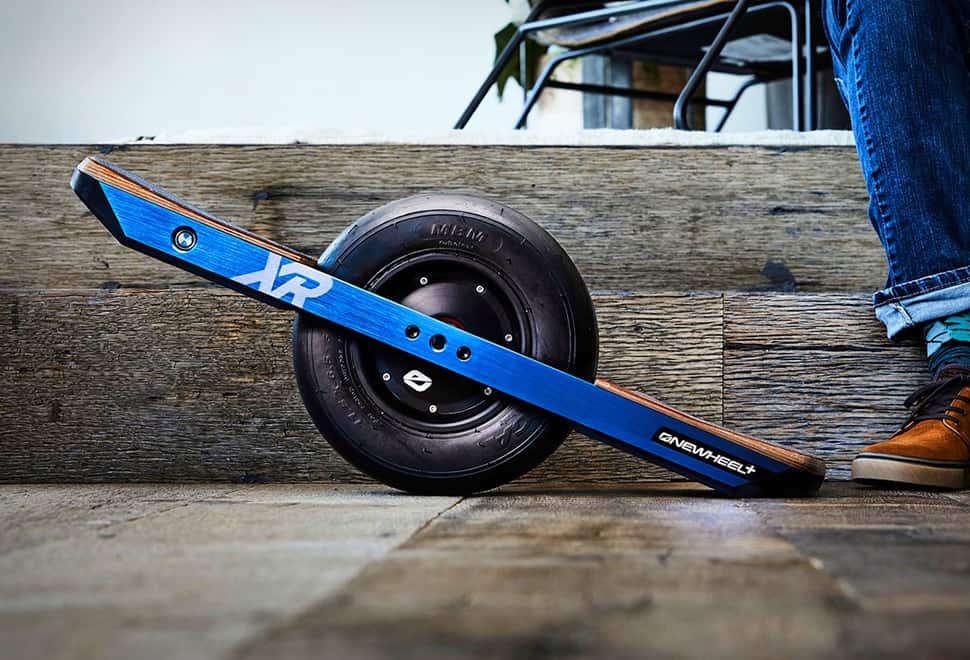 OneWheel+ is probably one of the best designed electric skateboards on the market right now. It’s simply a pleasure to ride it, with an aesthetic that make it stand out.

While not a real skateboard in the traditional sense, OneWheel+ gets a top spot among all the other boards available today purely for the way it feels under your feet. It’s like a nice combination between snowboarding, wakeboarding and skateboarding and a super addictive one after you get your first tries.

The OneWheel+ is an all-terrain board as well, making it that much more interesting, and the pricing is fair enough at $1,399. 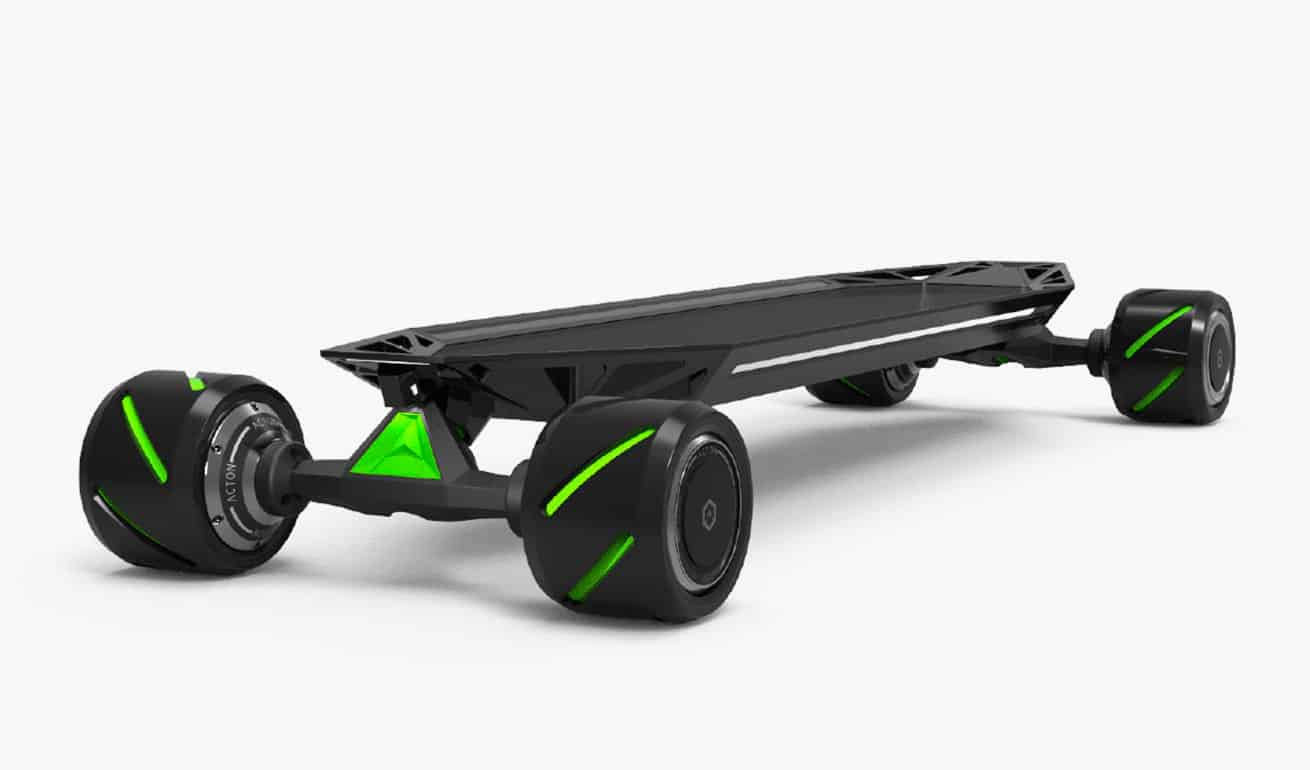 It’s perfect for the thrill seeking speed junkie inside you. Or if you live in a hilly neighborhood, because it can tackle climbs of up to a 30 percent grade.

While there surely are advantages on this one, its weight – literally – drags it down. The Acton Blink QU4TRO weighs a lot, 25 pounds to more precise, which makes it hard to move around if you’re not on it. And even when you’re riding it, it can be a little less playful than you’d want. But Acton has thought about that and has built a new suspension system to compensate for it. The price spins around $1,700. 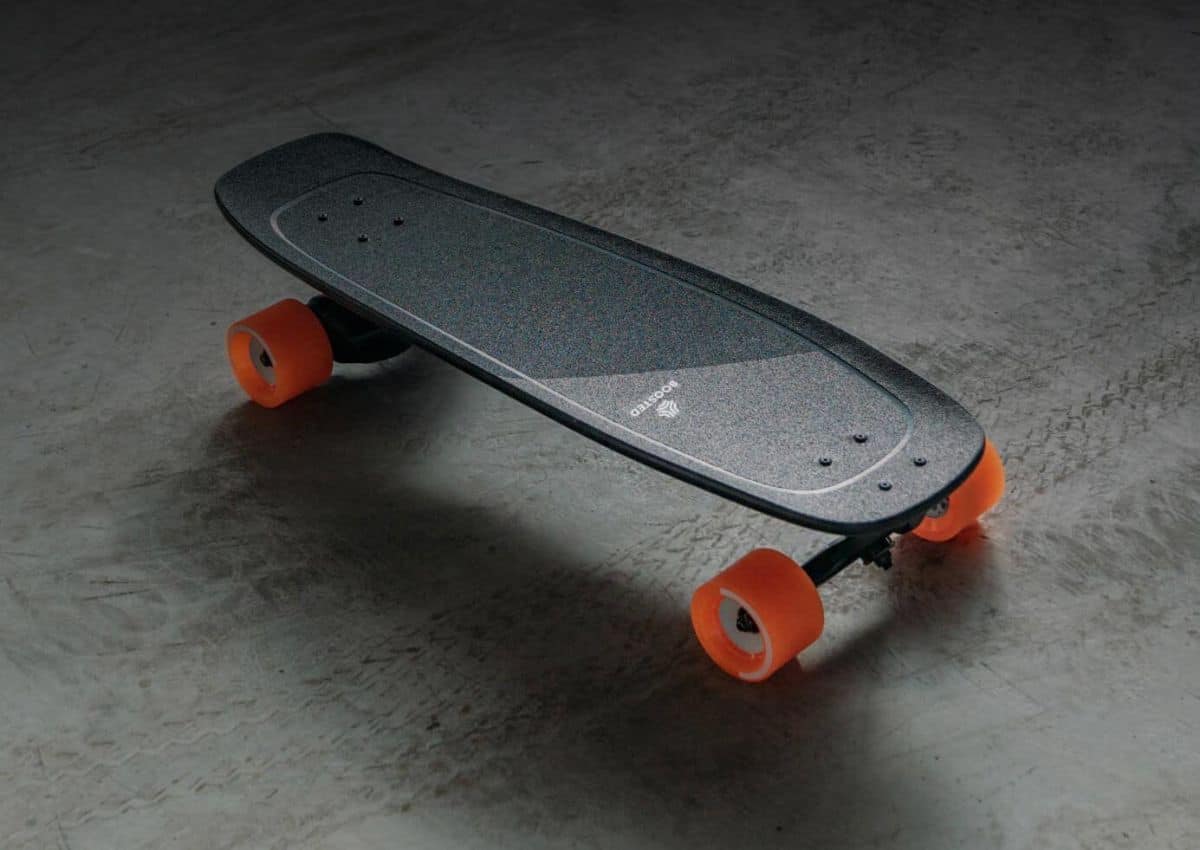 The Boosted Mini S feels like the ideal commuter and for good reason. Actually, for several good reasons. It’s extremely maneuverable, super easy to carry around town, reliable and really affordable at $749, making it a perfect choice for urban environments.

With Boosted known to make some of the best electric longboards, it’s no wonder the Mini S comes out in the top of our list. It may not have the same large battery as other boards out there, but it surely has a lot of other features to boast with. There’s a comfortable and responsive platform with a radial concave shape, a kicktail which helps whip the board around for tight turns and has a shorter deck, making it very easy to carry around with you in a bus, metro or whatever.

The control system is top notch as with other Boosted boards, so you’ll have the same smooth acceleration and deceleration, providing a good balance between the two. The board is super controllable, giving you a nice confidence no matter the skills you have. 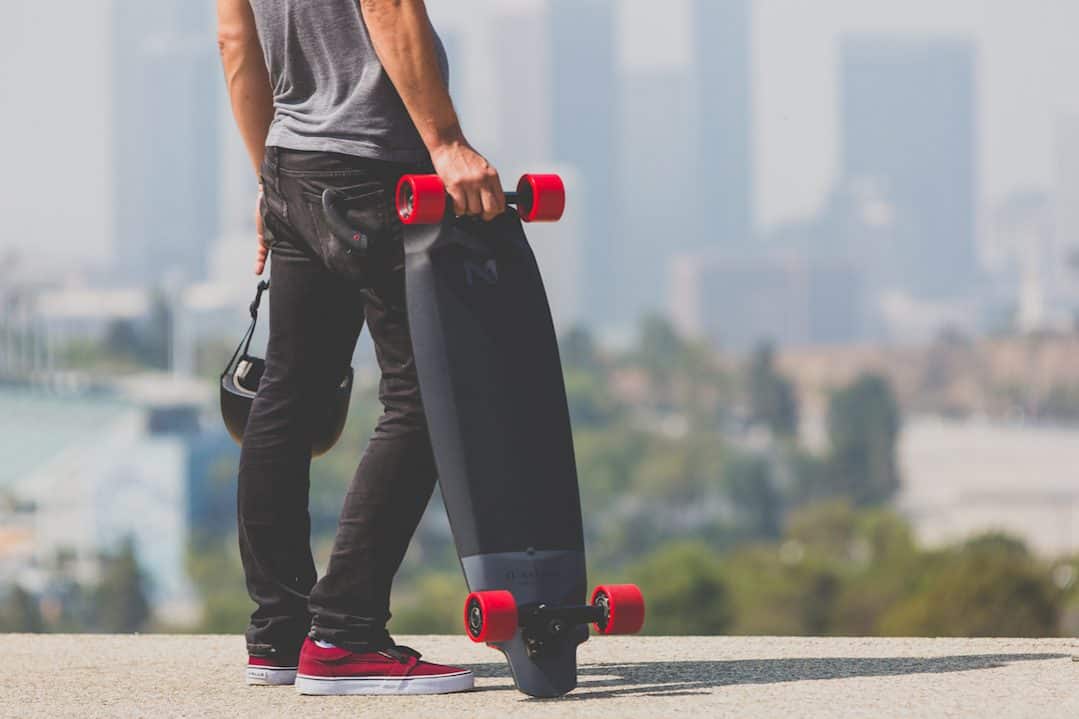 The best overall electric skateboard on the market today seems to be the Inboard M1, which strikes a good balance on every feature. The price? It’s only $999, which makes other boards feel super expensive. The board itself is super responsive, featuring two hub motors in the rear wheels, which has the advantage of allowing the use without turning on the motors.

The guys at Inboard have crafted this one starting from the idea that everything on the board, every little detail, has to provide uninhibited flow, without standing in the way.

The board comes with a swappable battery system, Bluetooth connectivity, 10 mile range and a weight of only 14 pounds, with the most interesting of the features being the regenerative braking – a system that allows energy to be fed back to the battery to extend its life.

Tags:
Previous Article
Le Mirabeau is a Fabulous $18M Apartment in the Heart of Monaco
Next Article
Hublot’s Classic Fusion Tourbillon Sapphire Orlinski Got a Redesign for Only Watch 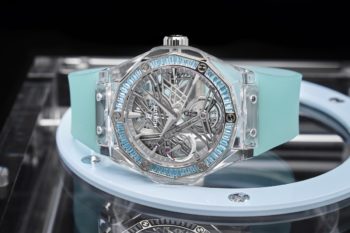