Home ‣ Luxury Lists ‣ The 8 Most Expensive Perfumes in the World

The 8 Most Expensive Perfumes in the World

A great perfume can make the difference anywhere and I’m sure we all have our favorites and would probably pay anything to get the perfume we want but have you ever wondered which are the most expensive perfumes in the whole world? If the answer is yes, we’re glad to help.

We’ve made a list with the 8 most expensive perfumes in the whole world, perfumes with a breathtaking smell and bottles as beautiful as jewels.

Caron’s Poivre is wonderful perfume but the spectacularly beautiful Baccarat bottle that comes with it is what really raises the price so much. The bottle of this perfume is encrusted with pristine crystals on the white gold collar and reflects sophistication just as this perfume should be like. The bottle has two ounces of Caron’s Poivre perfume and costs $2,000. 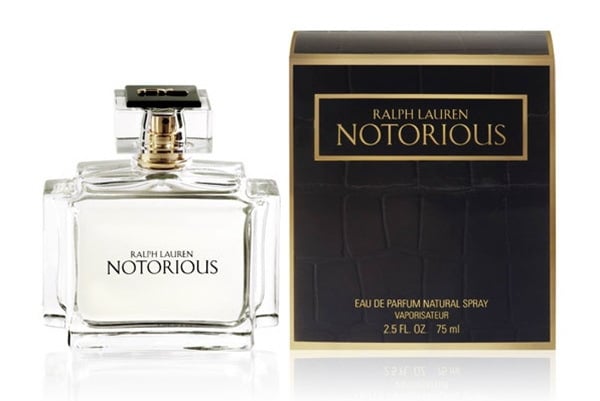 Notorious is one of the most expensive perfumes ever launched and it can be only bought from Harrods in London. The perfume was designed by Ralph Lauren for a segment of ultra premium people and it’s apparently the best perfume to wear around Christmas. Notorious was advertised by Laetitia Casta and a bottle from this amazing perfume will cost you $3,540.

Baccarat are well known for designing some of the most amazing perfume bottles in the world with embedded crystals and beautiful designs but they also stepped in the field of perfume business with Les Larmes Sacrees de Thebes, a perfume that comes with a wonderful pyramid shaped bottle and also a delightful and refined smell. The price? $6,800 for a bottle. 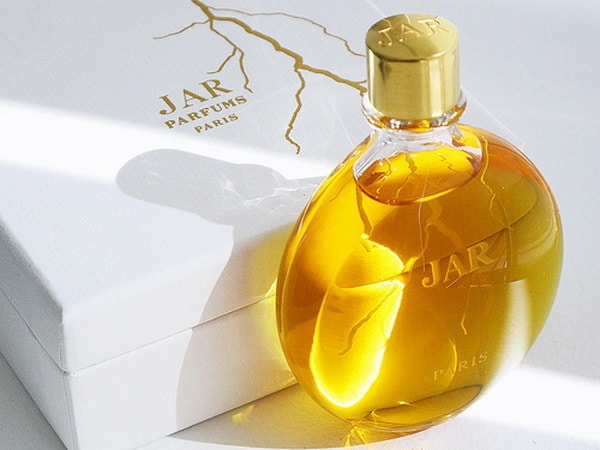 The renowned jewelry designer Joel A. Rosenthal created Jar Perfumes and The Bolt of Lightning, a strong and fresh perfume that has an apparently similar smell to the smell of the air just after a bolt of lighting strike. Since Joel is a popular jewelry designer, this perfume comes in a wonderful bottle which is hand cut from glass in a lovely manner. The unusual aroma of this perfume reflects the unconventional sense of style of its creator. 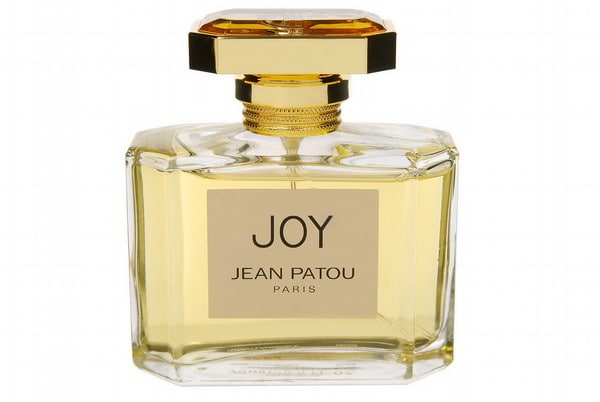 Henri Alméras designed Joy back in 1929 for the Parisian perfumer Jean Patou and since then it’s still considered one of the greatest fragrances ever created. The perfume was designed during the Wall Street Crash to bring joy in the lives of the clients and even though its price was really high it became an instant hit and remained popular since then. Joy is made from many flowers but it doesn’t smell like a specific flower.

The famous perfume maker Annick Goutal designed this richly aromatic perfume made from citrus fruits like grapes and Sicilian lemons. The result was called Eau D’hadrien and it’s sweet smell will do the magic to keep all people around you under the fascination of this fragrance. The price is $1,500 for a 3,4 ounces bottle but it’s probably worth every single penny.

Hermes launched this perfume in 1995 and named it after the Parisian address of their flag store since this was also going to become one of the “flag” perfumes in the world. The perfume was designed by Maurice Roucel and Bernand Bourjois to resemble the images of luxury and feminine quality and to compliment the soft and aesthetic.  The 24 Faubourg is a combination of ylang ylang, orange blosson, jasmine, iris, vanilla and ambergris fragrances and it comes in little bottles of just once ounce priced at $1,500 each. 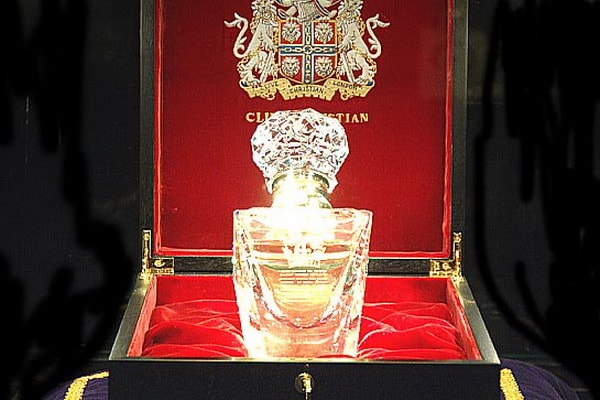 The most expensive perfume in the world costs “only” $215,000 for a bottle! Clive Christian’s Imperial Majesty Perfume has a unique scent which is a mixture of jasmine, cardamom, carnation, lemon, bergamot and benzoin but this incredibly high price comes from its diamond crusted bottle.

The bottle comes with a dazzling white diamond embedded that could be worth alone about $215,000. Due to its impressive price, only 20 bottles of Clive Christian Imperial Majesty’s were made, 10 for men and 10 for women. 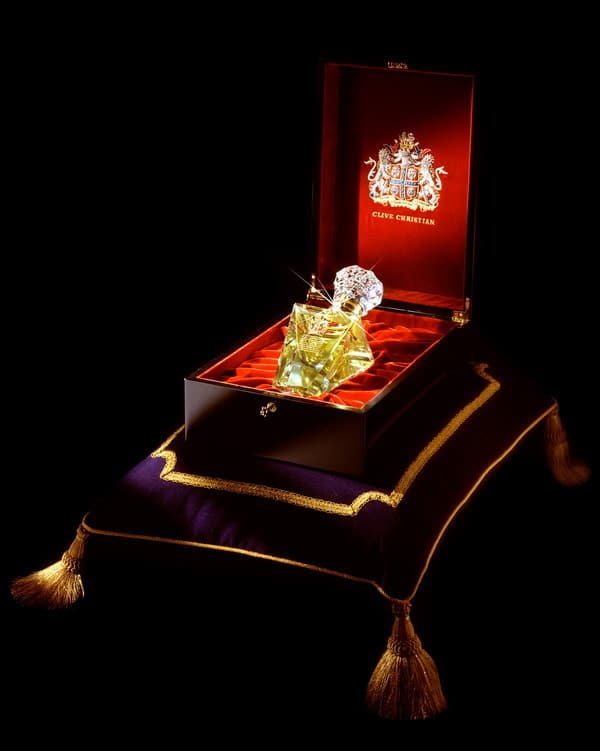