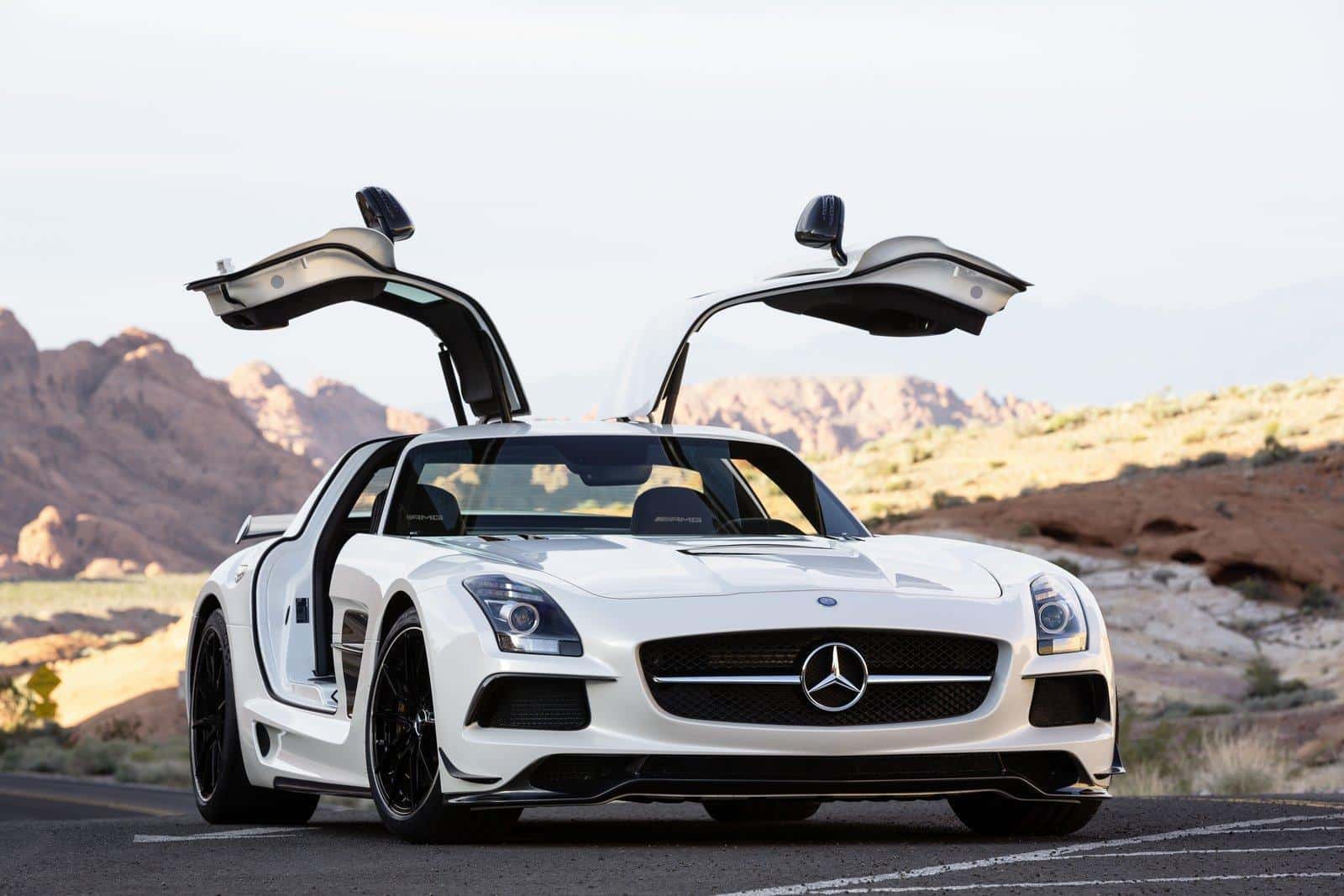 Due to be launched on the market during June next year, the 2014 Mercedes-Benz SLS AMG Black Series was recently officially revealed by the German manufacturer of luxury automobiles. In a similar manner to the other Black Series Mercedes models, the latest SLS AMG will be packing a stronger punch, has shed some of its weight and moves through the air more efficiently.

In terms of appearance, it has been brought closer to the GT3 version, with 20 mm wider front tracks and respectively 24 mm wider rear tracks. A set of 20 inch lightweight forged alloy wheels with standard carbon ceramic brakes (a reminder – for the regular SLS, the carbon ceramic brakes were optional, setting you back a whopping £8,140) are also included in the package. 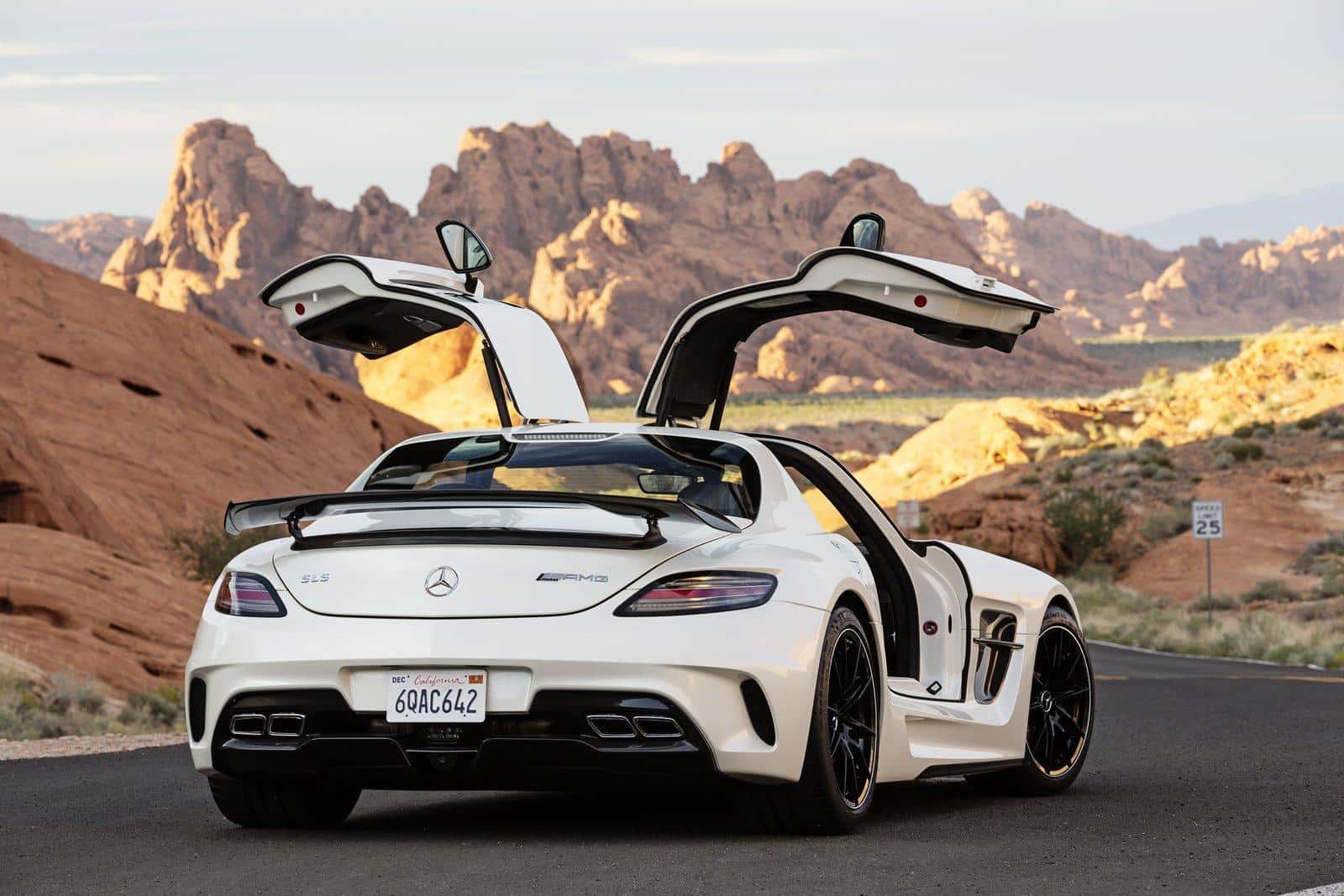 The 2014 Mercedes-Benz SLS AMG Black Series features a massive load of carbon fiber parts, like the new side skirts, the large rear diffuser and the front splitter. The rear diffuser comprises the stunning quad tailpipes which end the brand new exhaust system, entirely crafted from titanium.

As for the interior, it now boasts with a carbon fiber central console, steering wheel wrapped in Alcantara and lightweight sports seats, weighing 15 kg less than regular ones. The COMAND multimedia system has also been discarded, saving 6 kg (13 lbs), and an additional 8 kg (17 lbs) were saved by switching to a lithium-ion battery for starting the vehicle instead of the conventional ways.

As we’ve already mentioned, the 2014 Mercedes-Benz SLS AMG Black Series will be available for purchase starting June 2013. The price though is unknown at the moment, so we could only guess it’ll be featuring 6 digits. 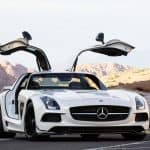 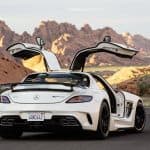 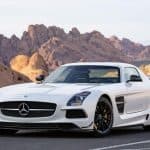 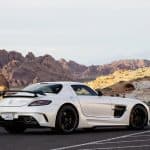 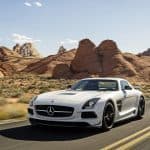 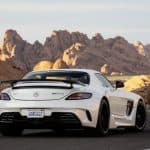 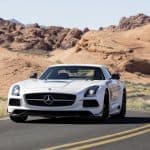 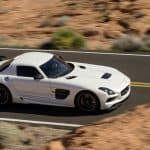 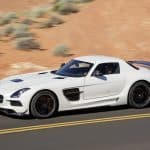 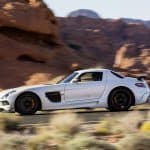 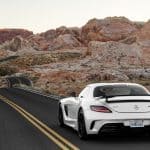 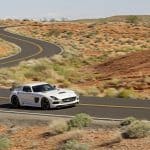 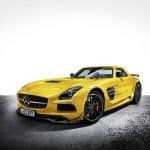 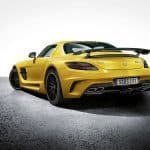 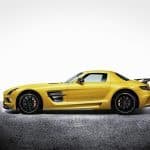 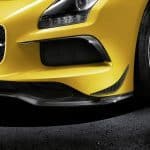 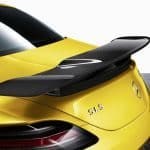 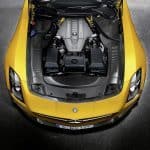 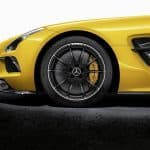 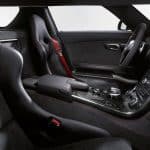 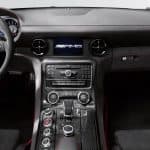 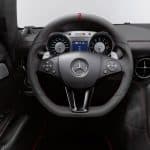 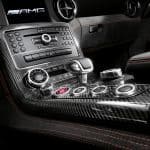