The 10 Best Mercedes Benz Models of All Time 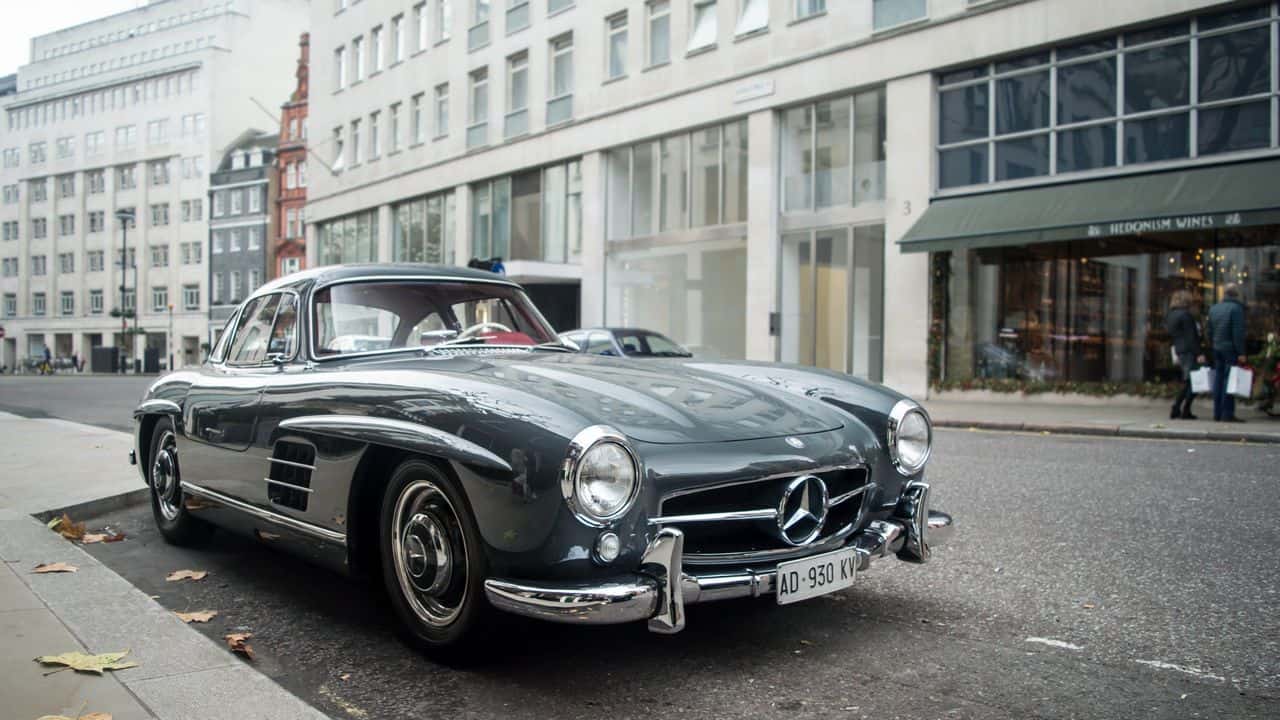 The all too famous Mercedes-Benz has been around for quite some time, and it has built quite a reputation in the automotive world. The brand’s slogan, “The best of nothing“, says a lot about the excellent cars produced by the German automaker. Even people who are not really interested in the specifics of different car brands can attest that Mercedes is one of the most reliable ones in the world.

With hundreds of different cars built in 129 years, Mercedes-Benz has always one of the world’s most recognized and best-selling car brands, combining German built quality with amazing styling cues and high-end features.

In the following post, we’ve tried to pick the best Mercedes-Benz models of all time, but as you might expect, it was pretty hard to narrow down this list to just 10 models. These cars should give you an idea of why this brand has garnered such widespread popularity over time. 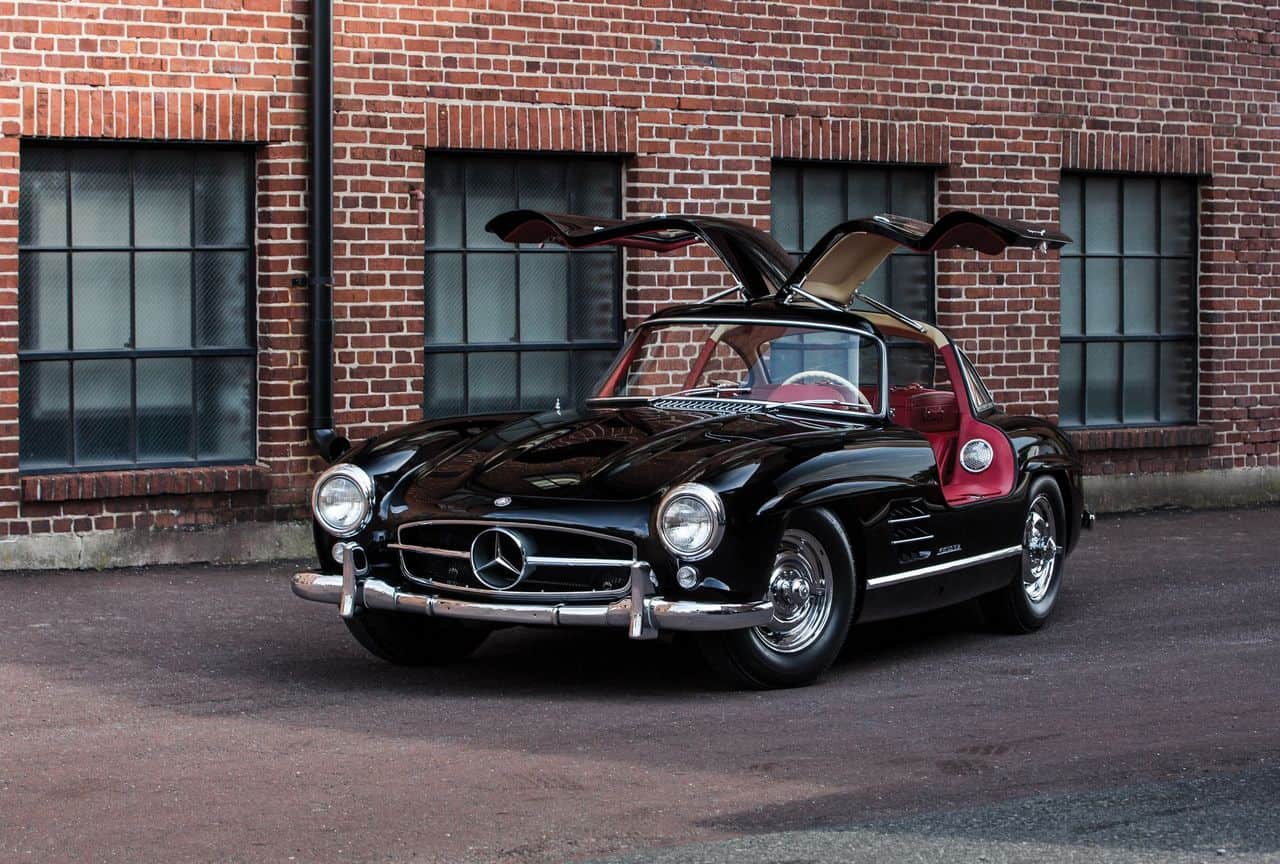 Introduced back in 1954, the iconic 300 SL was the first iteration of Mercedes’ SL-Class, which stands for Sport Light. Back then, the 300 SL was the fastest production car in the world, capable of reaching a top speed of up to 263 km/h or 163 mph. It was also a racing champion but the real beauty came from its distinctive gull-wing doors and remarkable design which turned it into a timeless classic and sought after car for collectors to this day.

The gullwinged 300 SL was followed by a roadster version three years later, but everyone still loved the 2-door coupe and its breathtaking doors. This car was also the first production model in the world to feature a fuel-injected 3.0-liter fuel injected engine, a straight 6 unit that was capable of producing 215 hp. Impressive numbers for the 1950s, right? 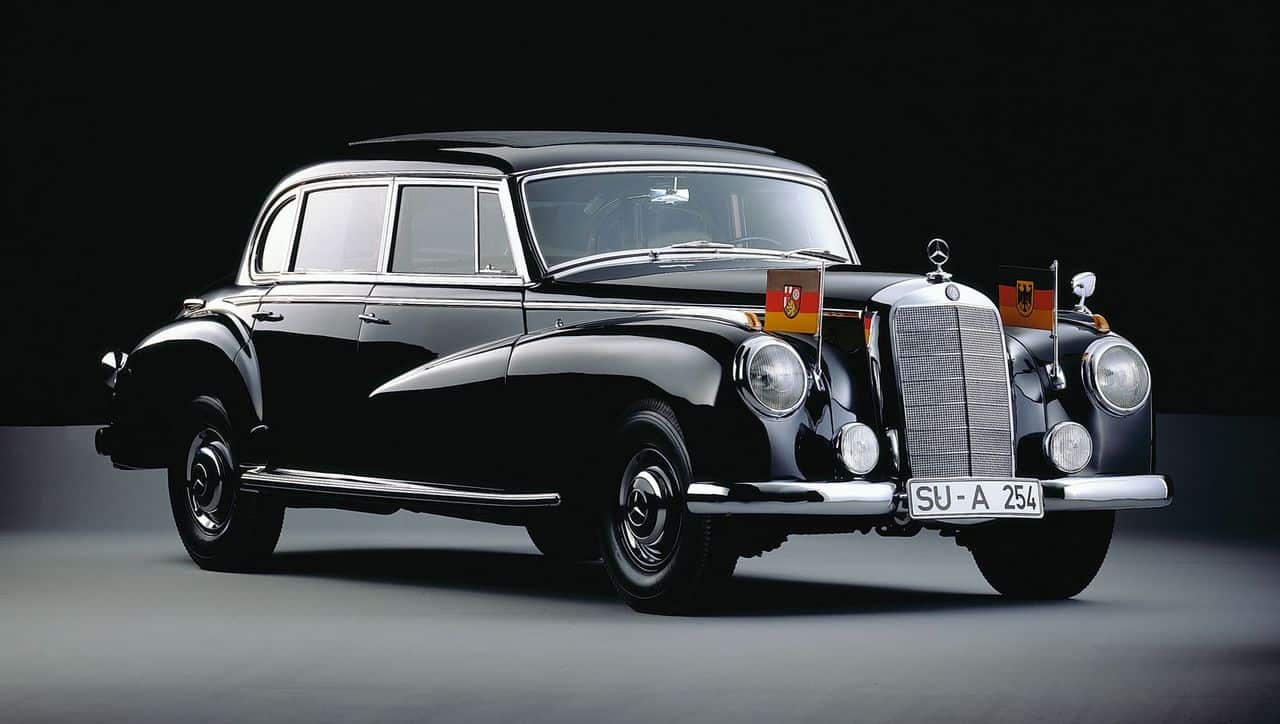 The 300D Adenauer was specifically designed to be on the same level as the Rolls-Royce Silver Cloud, looking like a more modern version of a traditional limousine. It was dubbed Adenauer after the first chancellor of the Federal Republic of Germany, who used this model very often.

The first Mercedes-Benz 300D was released back in 1960 and it’s still perfect for those who want to ride in style without being overly flashy. This car looks extremely elegant from any angle you try to admire it and even though it was smaller in size compared to other limousines out there, it still proved to be a massive hit. 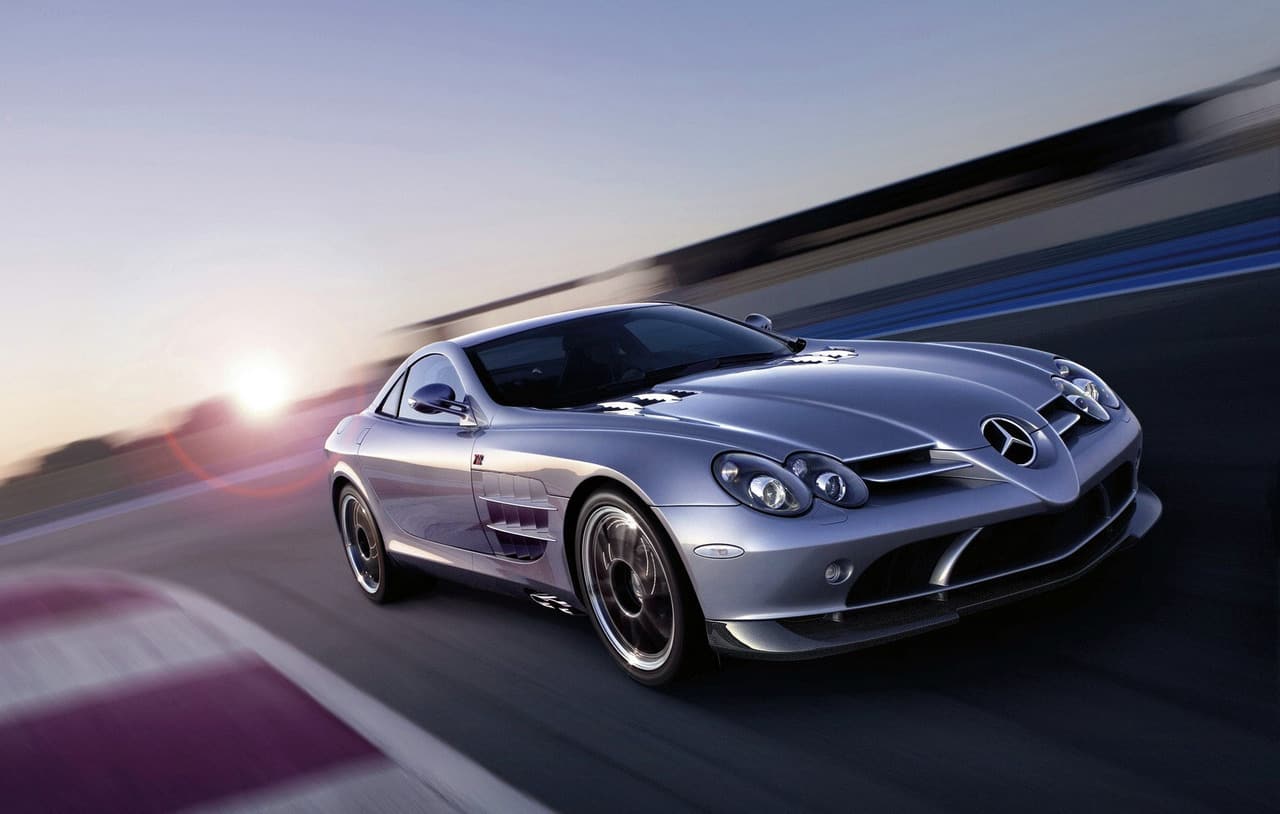 It’s no surprise that this collaborative model between Mercedes-Benz and McLaren made the cut to our list, because it took the world by storm with its unique design and raw power. Launched in 2003, the SLR McLaren impressed everyone with its massive 5.4L supercharged V8 engine, that could deliver 617-horse power. And it got even more extreme with the 722 versions.

This beast had a five-speed automatic transmission with three manual modes and it was probably a dream for any car enthusiast out there. The SLR McLaren was actually named one of the “most capable supercars ever made” and for a car that’s nearly 20 years old, it could easily compete with some of the newest supercars of today. 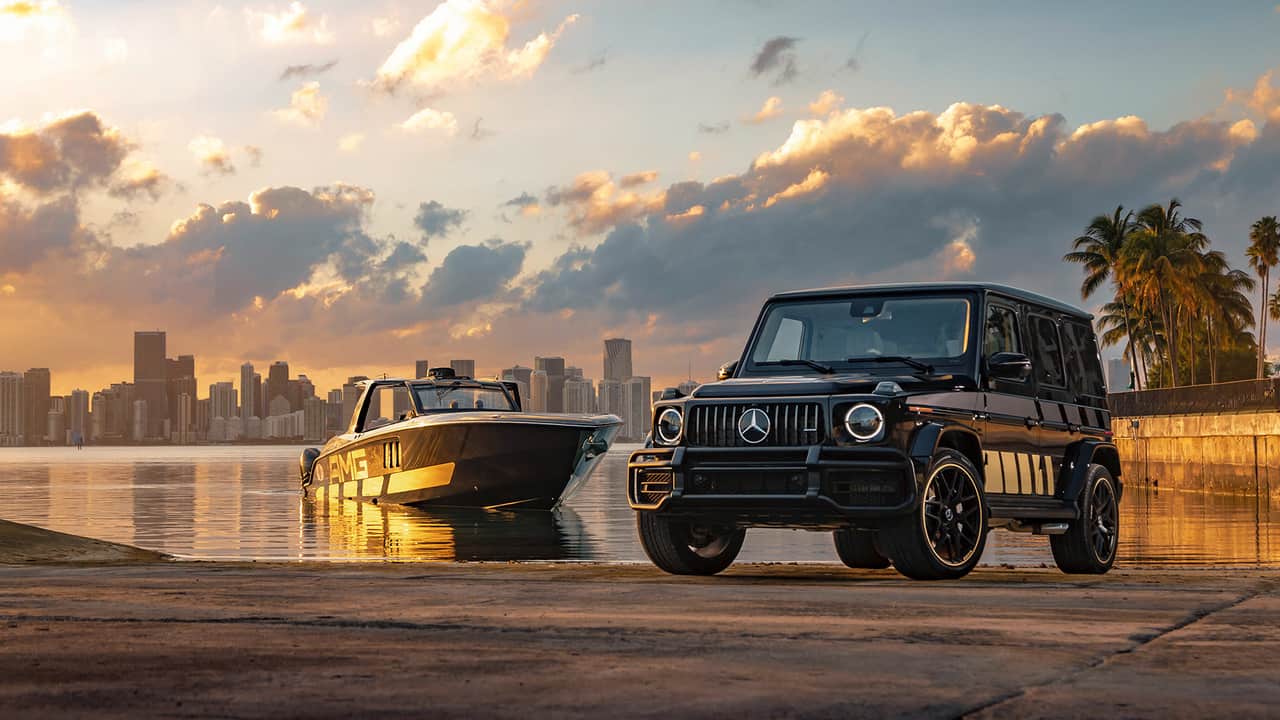 Originally developed as a military vehicle, the G-Wagen was released in a civilian version back in 1979. The four wheel drive luxury SUV has evolved a lot in these last couple of decades, but its iconic, boxy shape hasn’t changed much over the years. The G-Class quickly became a staple for many celebrities and rappers, thanks to its flashy design and the luxury it provides.

It is undoubtedly an SUV that draws attention with its rugged design and a bold choice of colors. But even though the exterior looks pretty rough, inside the cockpit this SUV exudes opulence and functionality. After all, it was first designed to be a military vehicle but it was soon adjusted to be the ultimate civilian SUV. 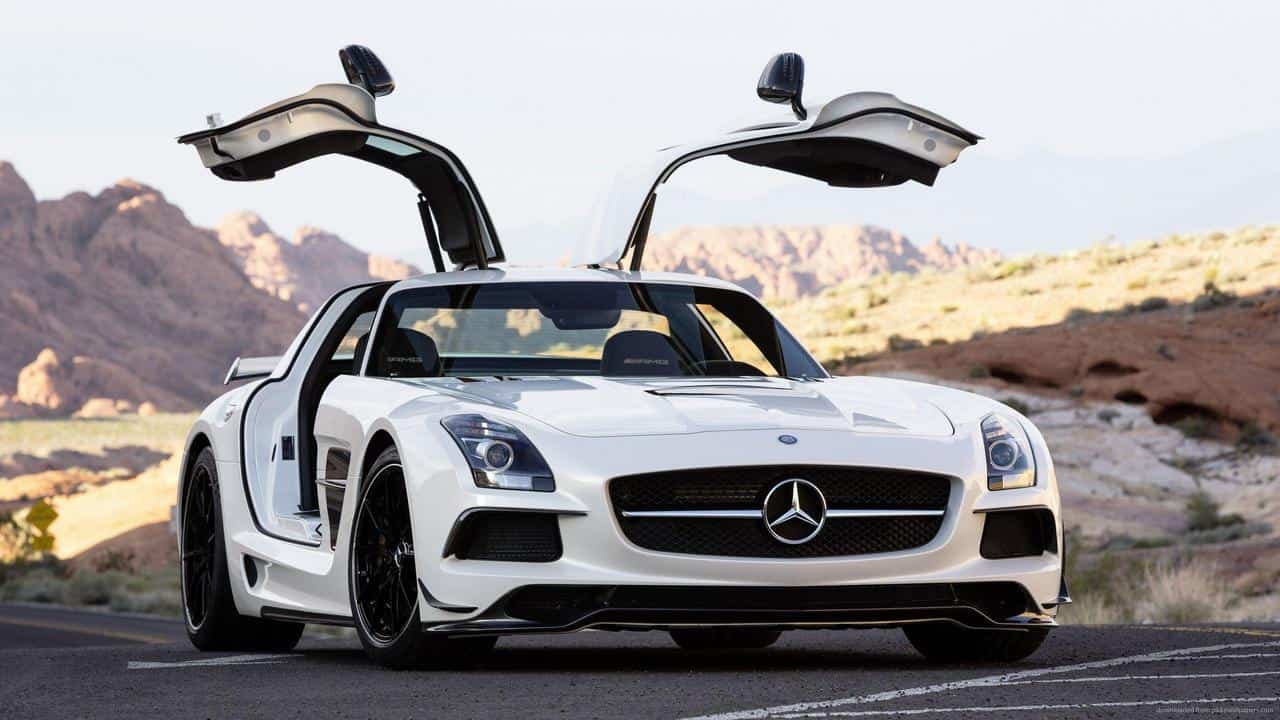 The spiritual successor of the iconic 300 SL gullwing coupe, the Mercedes SLS AMG was initially released as a limited production supercar, with the same signature gull-wing doors. The SLS stands for ‘Sport Light Super’ and this sports car was indeed super cool, with a lightweight aluminum chassis and a body shell that was hand built in Germany using nothing but the finest materials.

Powering up this beauty was a massive naturally aspirated 6.2L V8 engine, that could develop 571 horsepower. This engine was the world’s most powerful naturally aspirated production series engine and as you might expect, its performances were insane. The SLS AMG was actually developed by Mercedes AMG together with former F1 driver David Coulthard. 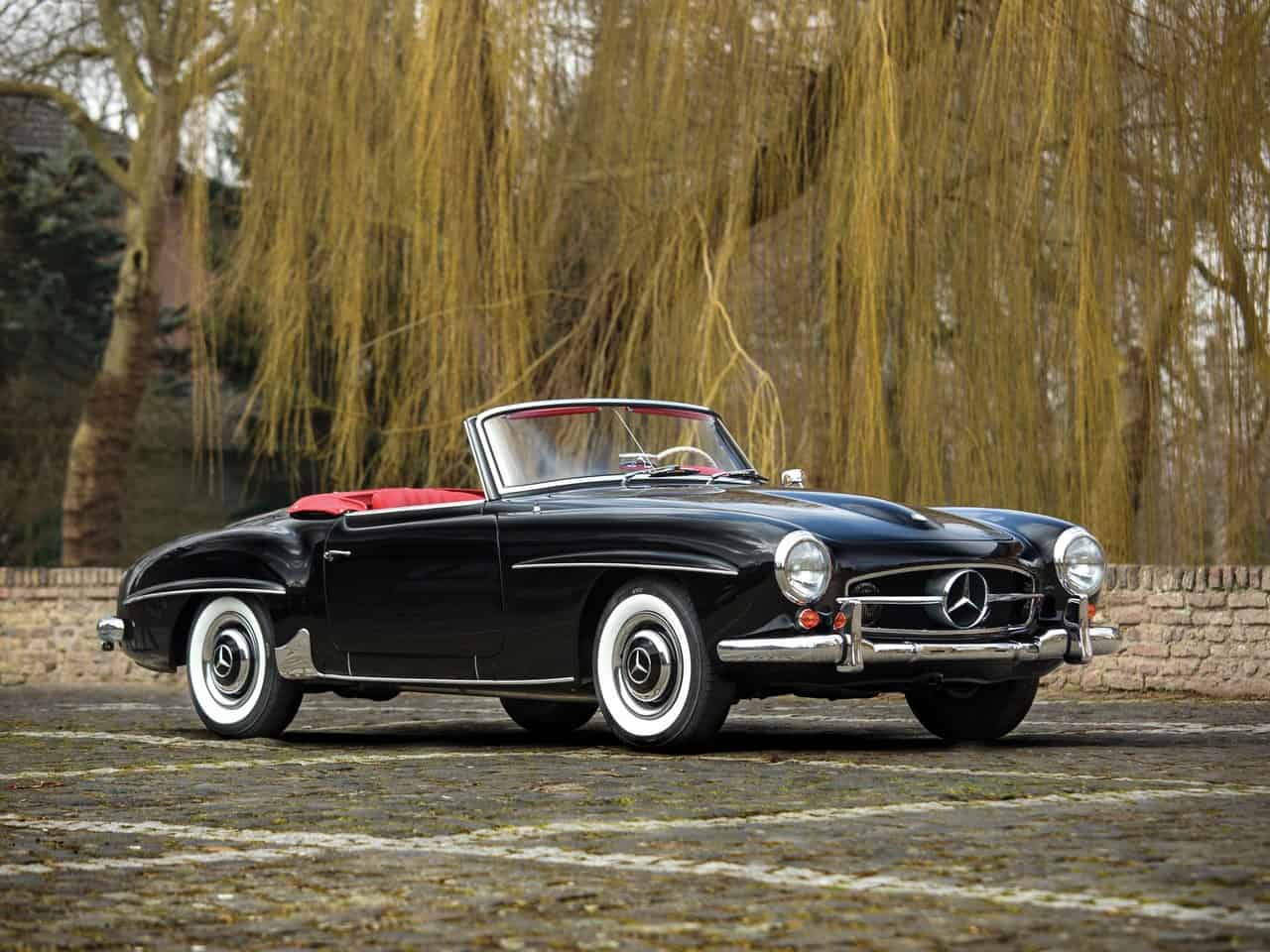 It’s very hard replacing a legend and this car had to do exactly that, as it followed the incredible 300SL. But the Mercedes Benz 190SL was also a brilliant vehicle and it was highly appreciated because it kept the good looks inspired by the 300SL and it was also much more affordable.

Mercedes-Benz realized there’s a lot of demand for an SL that would be less expensive, and even though the 190SL wasn’t as powerful as its predecessor, it was equally fun to drive. And it had a lot of new features that made you forget about the differences in power and extreme speed. 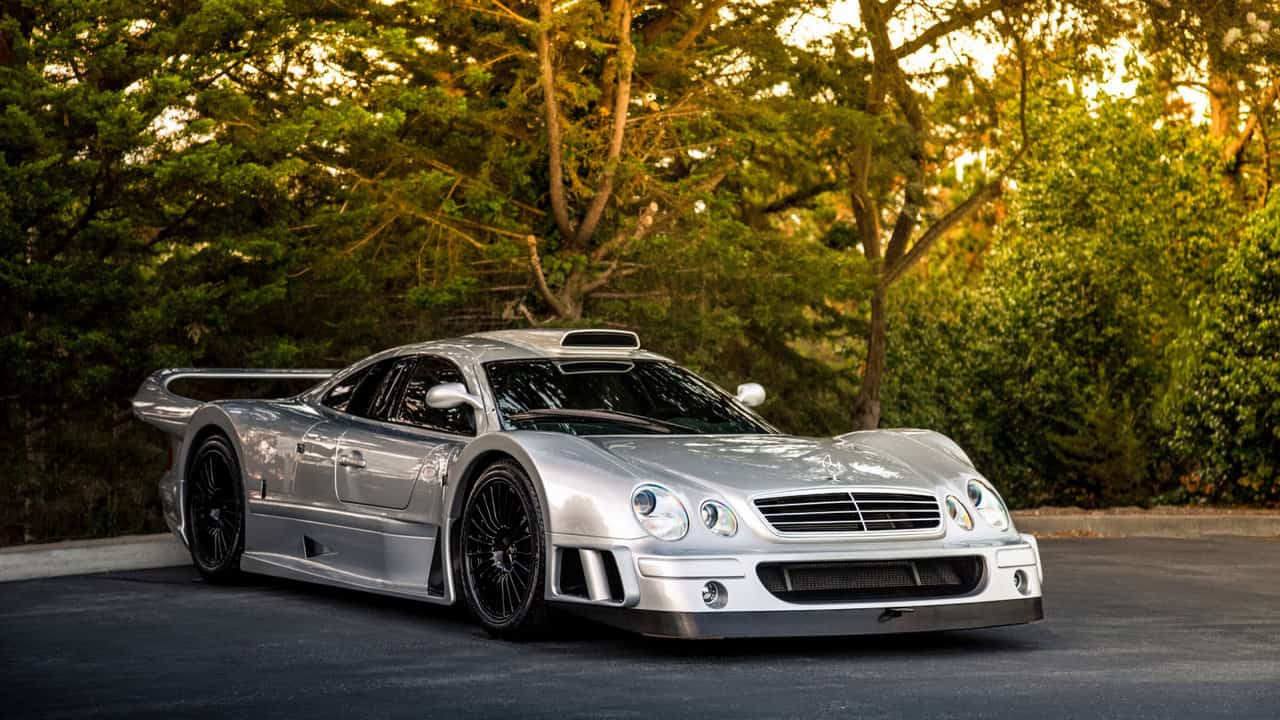 Although it was first designed to be a racecar, the CLK GTR quickly made its way onto regular roads soon after its debut in 1997. Because race cars are quite different from streetcars, this beast had to be adjusted and toned down a little bit to make it safe for street use, but it still looked incredible and its performances were off the charts.

The street version of this car was priced at a cool $1.55 million, which added even more to their exclusivity and appeal. They have an incredibly powerful 6.9L V12 engine, which makes sense since they were originally designed to be used on the racetrack. 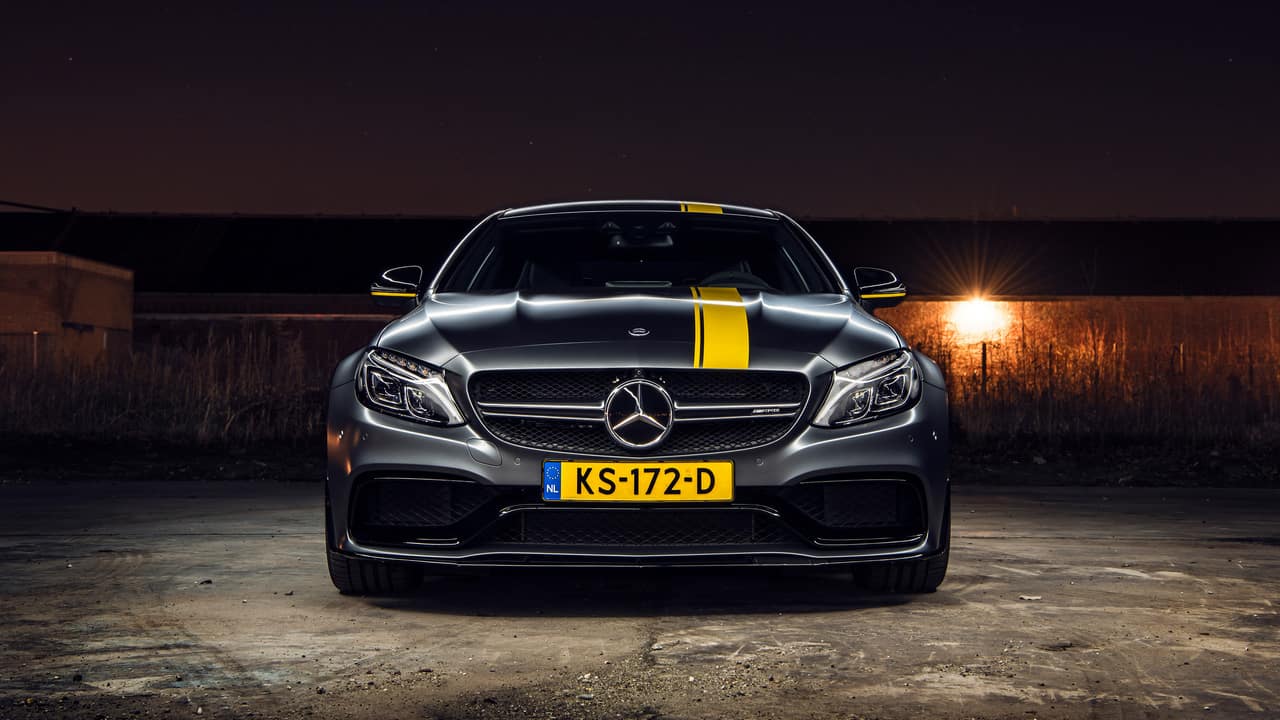 Launched in 2008, the C63 AMG turns the C-Class into a real sports car. The newest C63 AMG is powered by a handcrafted 503 HP AMG 4.0L V8 Biturbo engine that can go from 0 to 60mph in 3.8 seconds, just to get an idea. And since it’s still a C-Class at its heart, the design of this model is quite sleek. It’s a bit more aggressive than the standard model, but it’s still quite classy.

Since this is a modern Mercedes model, you can find parts for it, unlike other models that have been around for decades. You can find the original parts you need for any model simply by browsing through a Mercedes Benz part catalog, even if you have an older car. 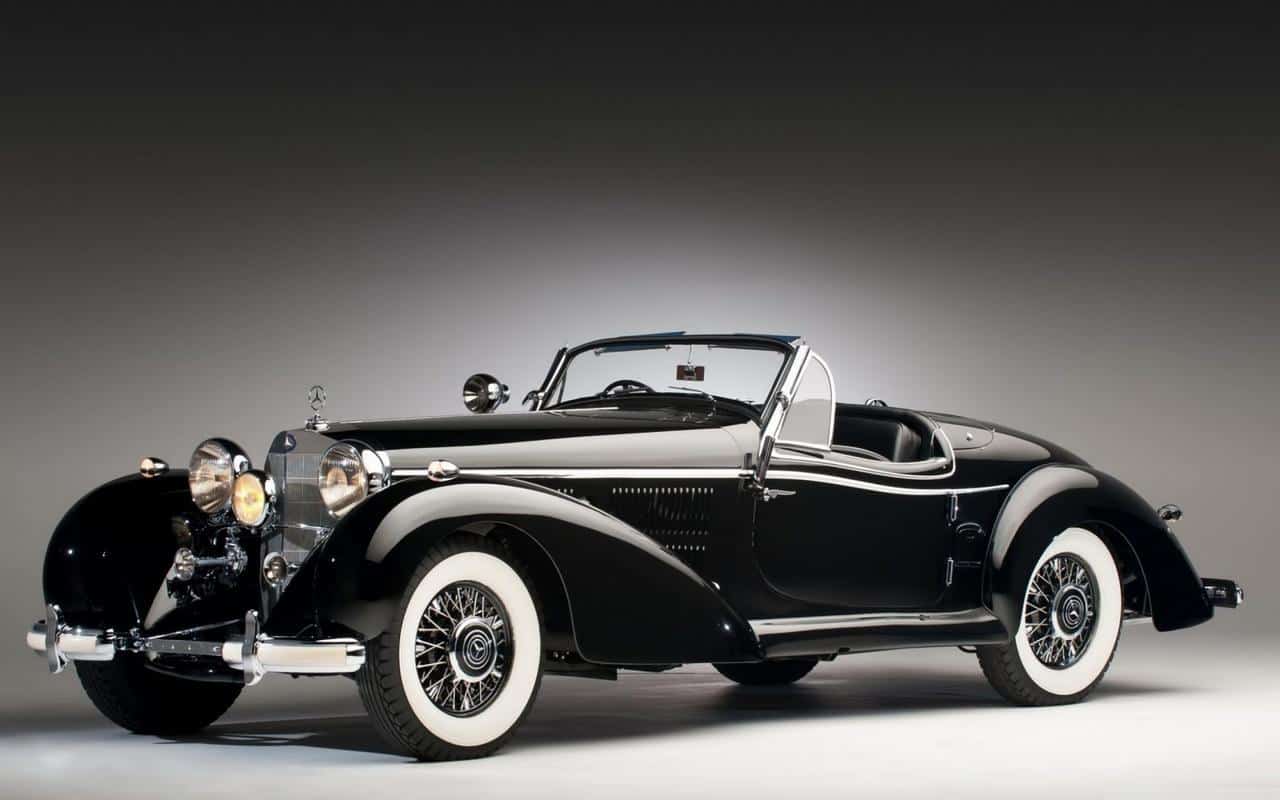 The 540K Spezial Roadster was designed in 1936 and it was always one of the finest cars of its time, especially because it featured a massive 5.4L180hp engine. Available as both a two and four seat cabriolet, the manufacturing of this classic ceased in 1940.

Even though you will not find it on the roads, owning this car is the dream of many automotive enthusiasts. Although cars today have more to give in the engine and acceleration categories, this model remains one of the best in Mercedes’ history. 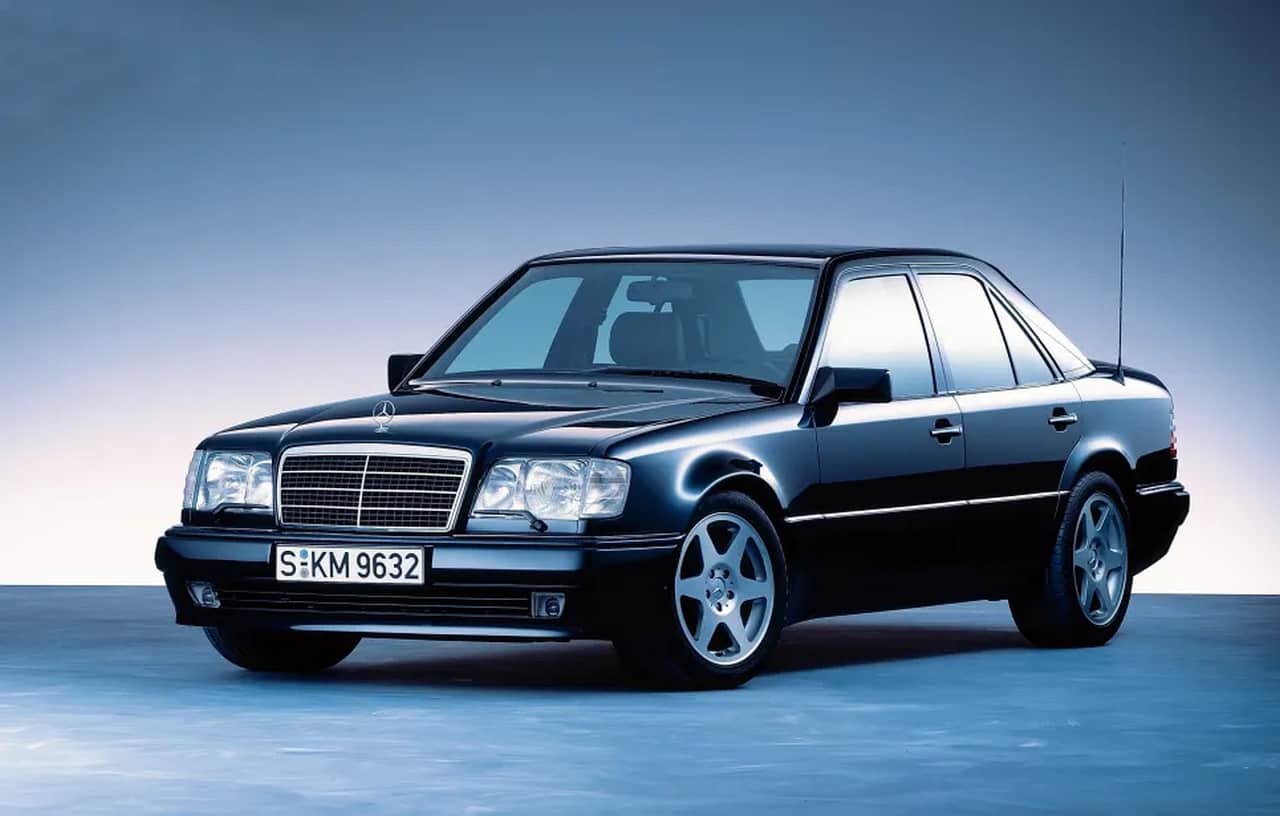 The 500E, commonly known as the ‘four-door Porsche’, is basically the improved version of the 300E, which Mercedes felt lacked a certain oomph. Mercedes tried to create the ultimate high-performance E in the 90s and took inspiration from the 1990 Porsche for the 500E. The car was actually built together with Porsche, hence the nickname.

Although this is the last car on the list, it is not, in any way, less remarkable than the previously mentioned masterpieces. 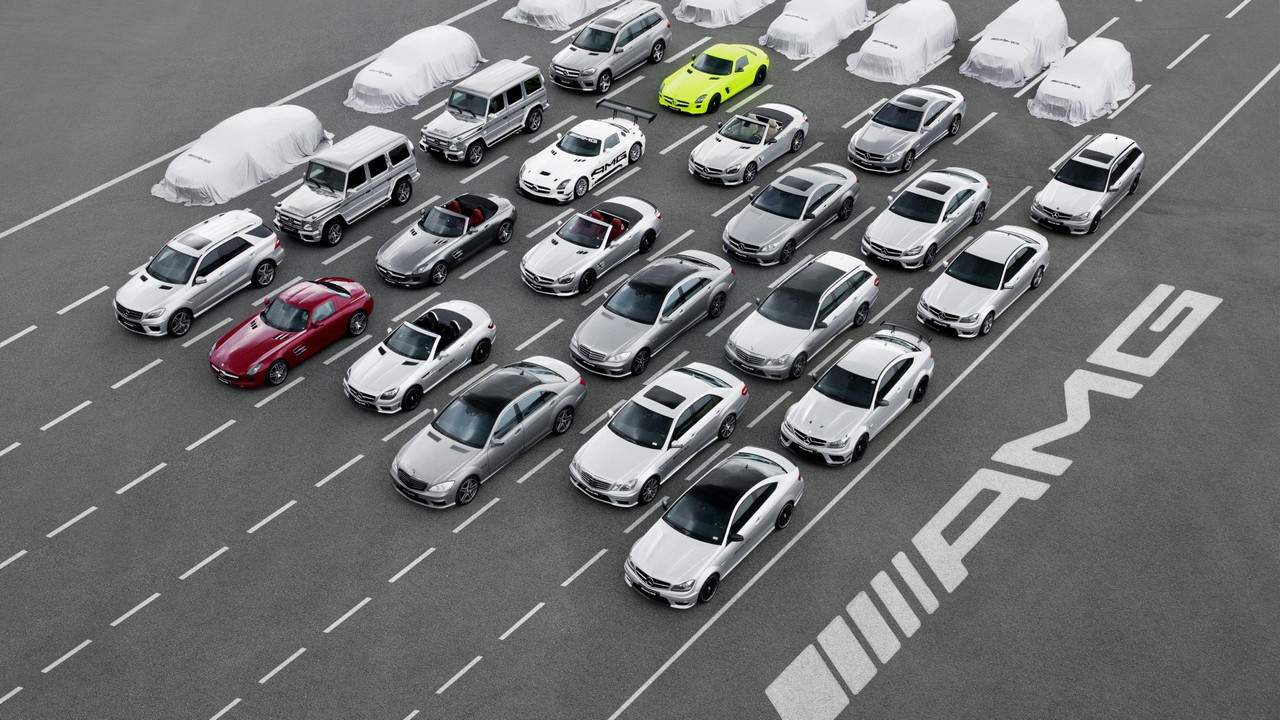 Mercedes has made a name for itself as one of the best automobile brands globally, so it is not the easiest thing to try and list the best Mercedes models of all time because there are just too many of them!

These amazing cars are certainly diverse in specifications and designs, but they are all equally impressive, to say the least. Whether it is because of how fast they are, their sleek designs, or the luxury they provide, it is safe to say that these nine cars are ones for the history books. 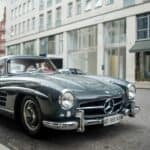 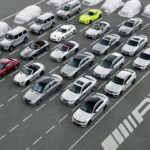 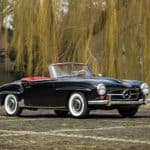 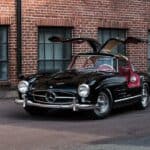 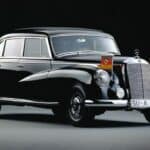 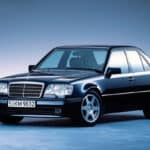 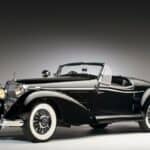 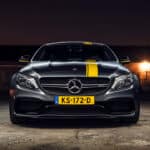 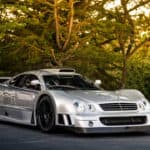 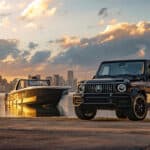 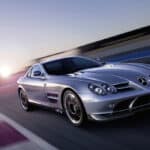 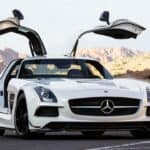 Tags:
Previous Article
The Wild 1,034 HP Naran Hyper-Coupe is Ready to Go All Out
Next Article
The Naim for Bentley Mu-so Speaker System & the Focal for Bentley Radiance Headphones