Home ‣ Luxury Lists ‣ The 15 Most Famous Paintings in the World

The 15 Most Famous Paintings in the World

While the age-old question “What is art?” has spurred long debates across centuries and no one has come up with a definite answer, there is something certain about the subject. The most famous artworks, those which transcended time and artistic concepts, have always been regarded as beautiful by people of all ages and cultures, no matter the century.

Art galleries around the world house myriad paintings, but there are but a few timeless pieces that arouse interest through their beauty and near perfect execution. They’ve impressed people in the past and they will continue to echo in our beauty-hunger minds for centuries to come.

Sure, art is a subjective concept, and this can’t be a definitive list, but we’ve tried to sum up the general opinion on the matter. So here is our take on The 15 Most Famous Paintings in the World: 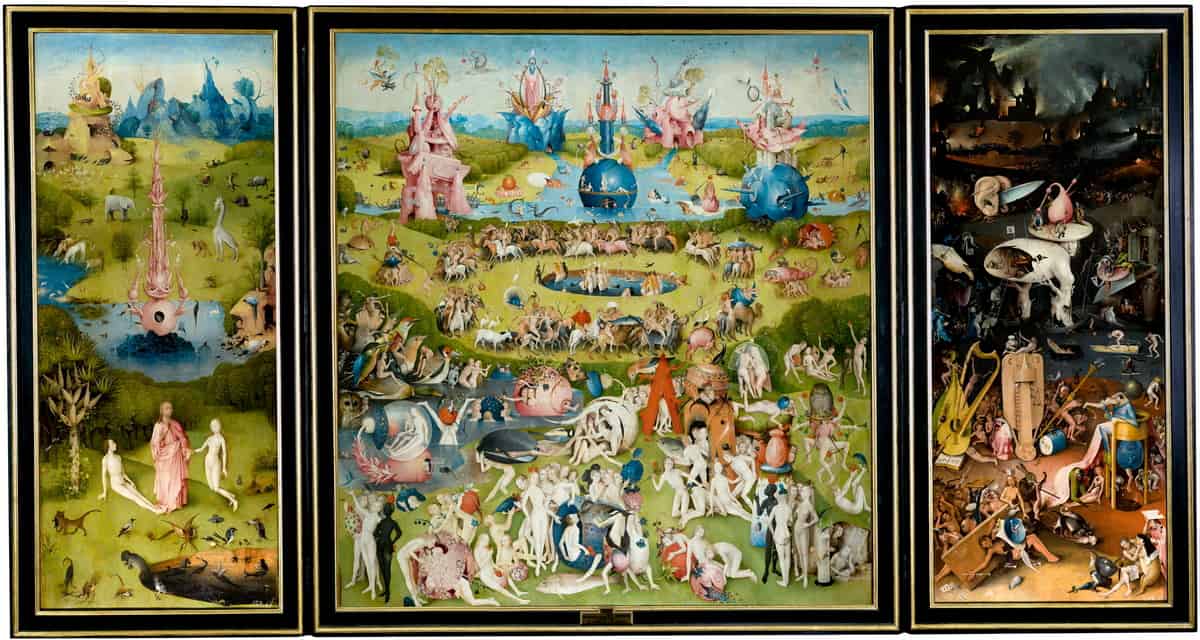 What Hieronymus Bosch conveyed in this fantastical painting is a surrealist depiction of Heaven and Hell. In the three scenes of the painting, the left part shows Christ presenting Eve to Adam and the right side, the author’s vision of Hell. The central part though, is unclear as to what it represents, leaving the whole painting impervious to the interpretation of its symbols. 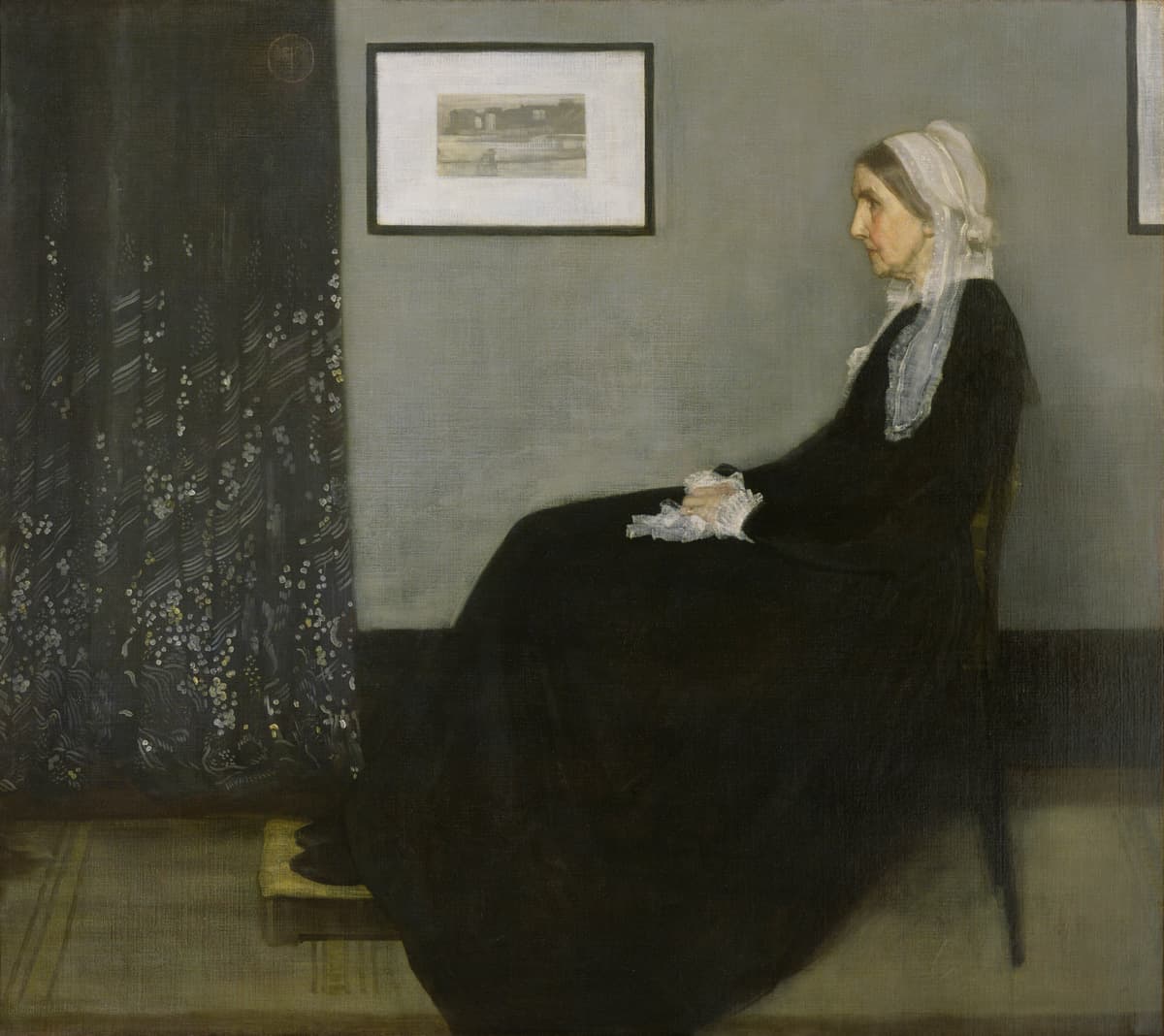 Painted by James McNeill Whistler in 1871, the Arrangement in Grey and Black No. 1, also often called Whistler’s Mother, the artwork is displayed by the Musée d’Orsay in Paris, pictures the painter’s mother, Anna, seated on a chair against a gray wall. The rigid composition is an arrangement of right angles. 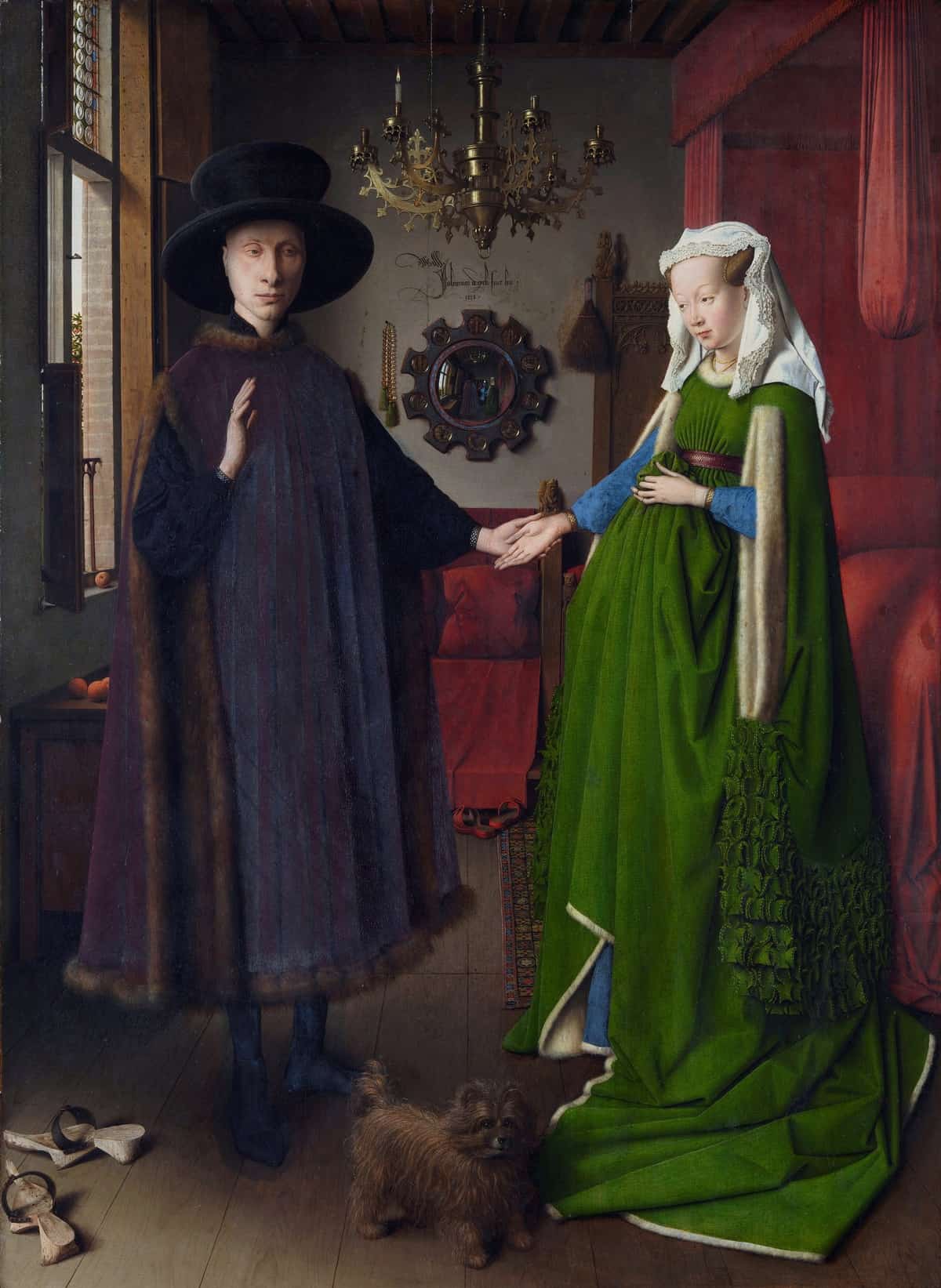 The Arnolfini Portrait by Jan van Eyck is believed to be one of the first paintings ever to be executed in oils. True or not, the artwork is definitely one of the most important during the Northern Renaissance, a real masterpiece due to the use of an orthogonal perspective to depict the interior, thus creating a sense of space that makes you feel like you could step into the painting itself. 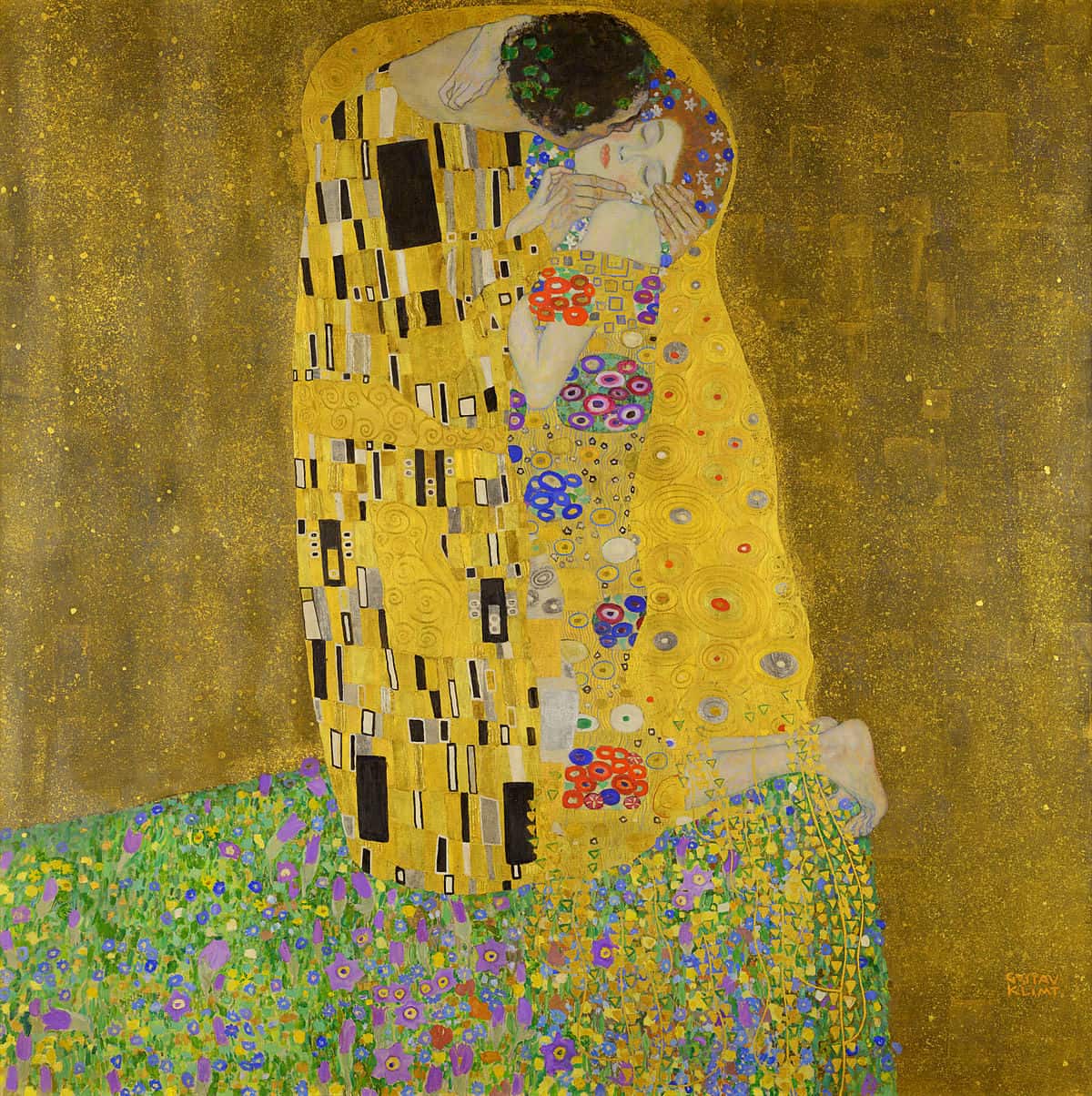 Gustav Klimt’s The Kiss was created in the Austrian Art Nouveau style during the artist’s Golden Phase, when he often used the golden leaf technique, inspired by the famous Byzantine mosaics he saw during his trip to Basilica di San Vitale in Ravenna, Italy. 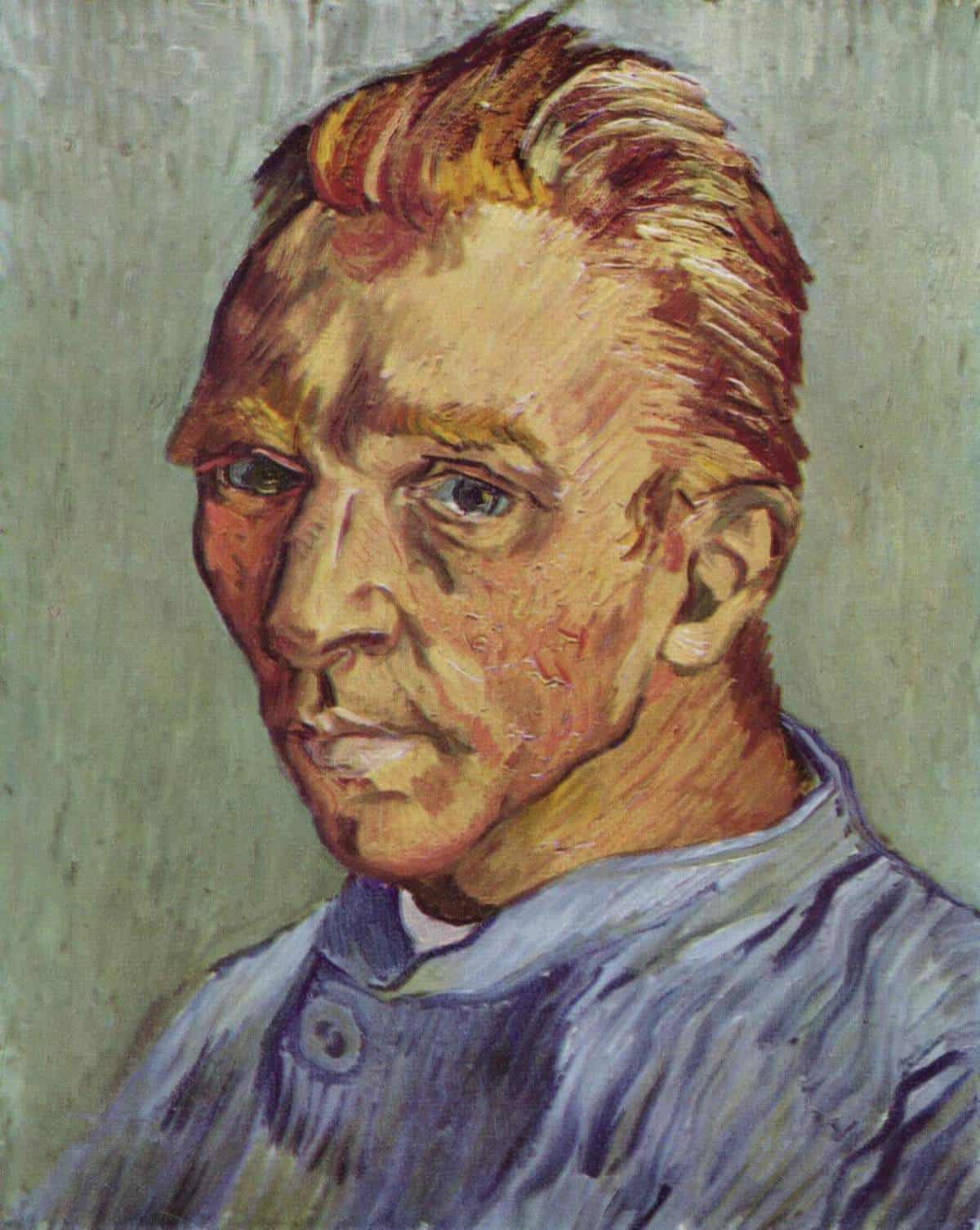 Vincent van Gogh is known to have painted many portraits of himself, but the most important one is his last one, which he gave it to his mother as a birthday gift. Being among the few ones in which van Gogh appears without a beard, the portrait’s rarity made it extremely valuable, becoming one of the most expensive paintings of all time. Nowadays, the painting is part of a private collection. 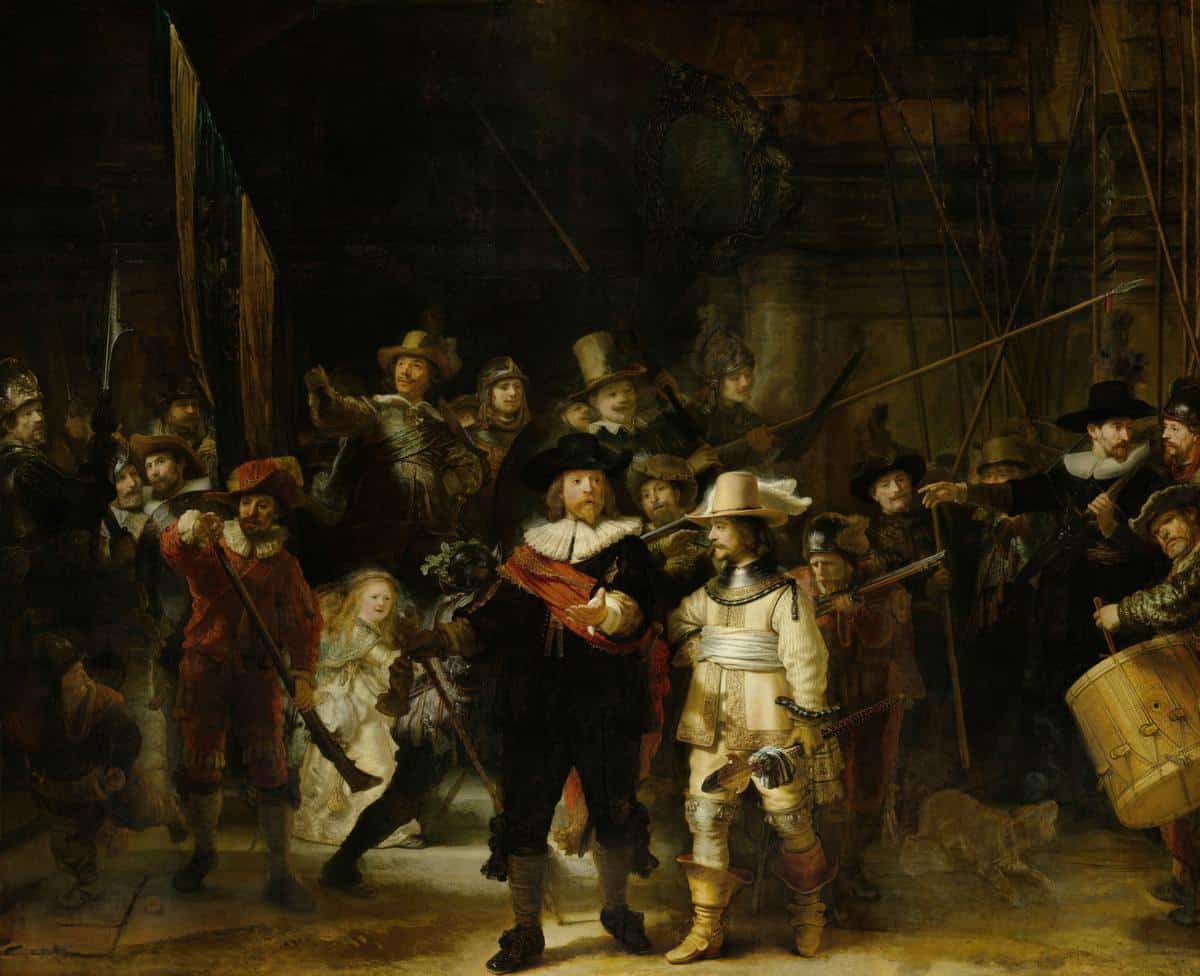 Painted by Rembrandt in 1642 and on display at the Rijksmuseum in Amsterdam, The Night Watch depicts Captain Frans Banning Cocq leading his guard. 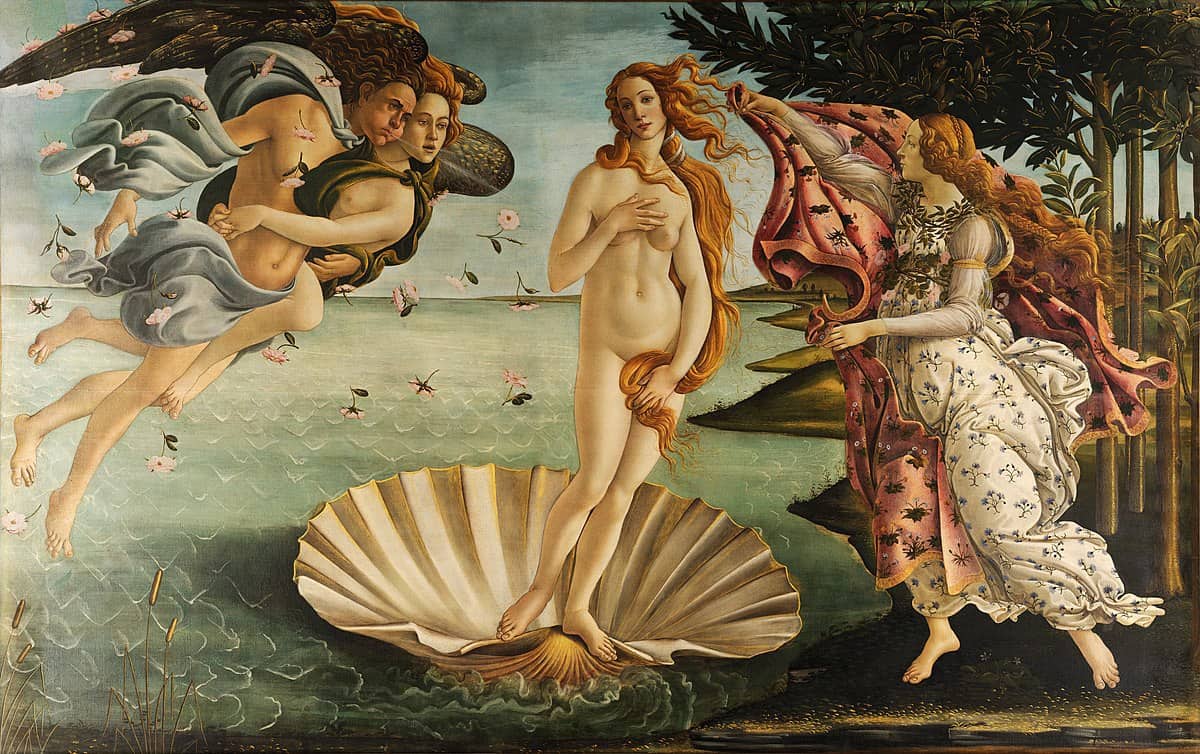 Botticelli’s The Birth of Venus spurred a lot of controversy after it was painted and was supposed to be burnt on a pyre, but somehow escaped its fate. The incident freaked Botticelli out that he gave up painting for a while.

Today, the painting – the first non religious nude since antiquity – depicting Goddess Venus on a giant clamshell brought to land by the wind gods, is on display at the Uffizi Gallery in Florence.

8. The Girl With A Pearl Earring (Mauritschuis, The Hague) – Johannes Vermeer 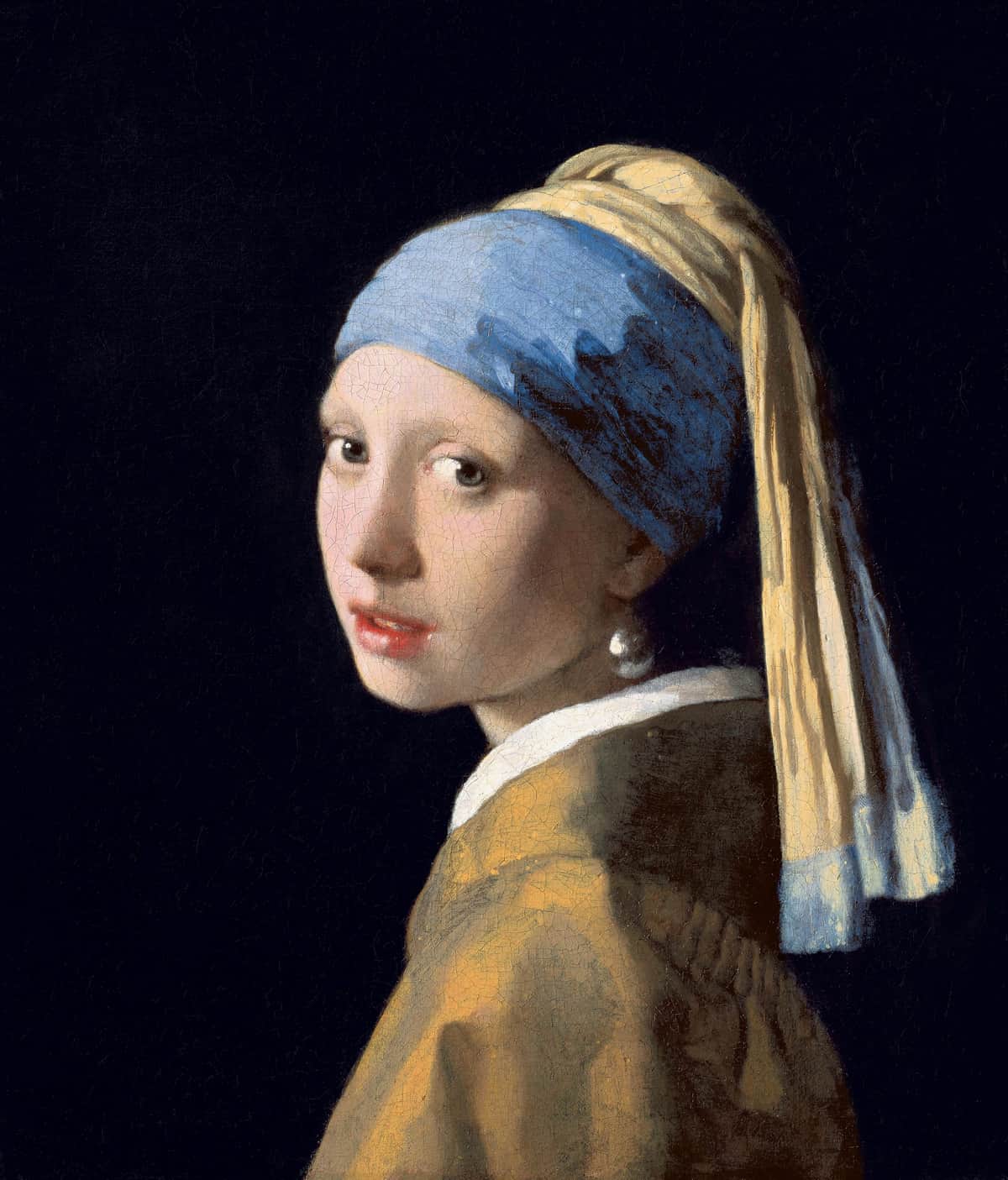 Considered by many the Dutch Mona Lisa, The Girl With a Pearl Earing is Johannes Vermeer’s study of a young woman. The painting seems so realistic that many still debate over the fact that the artist may have been used a camera obscura – a type of photographic device before the first real photo camera – to create the image.

Guernica by Picasso is probably one of the most important anti war works of art in our entire history. Picasso drew his inspiration from the bombing of Guernica during the Spanish Civil War.

Back when it was painted, Guernica didn’t receive too much praise, but today it’s become Picasso’s most famous work of art. 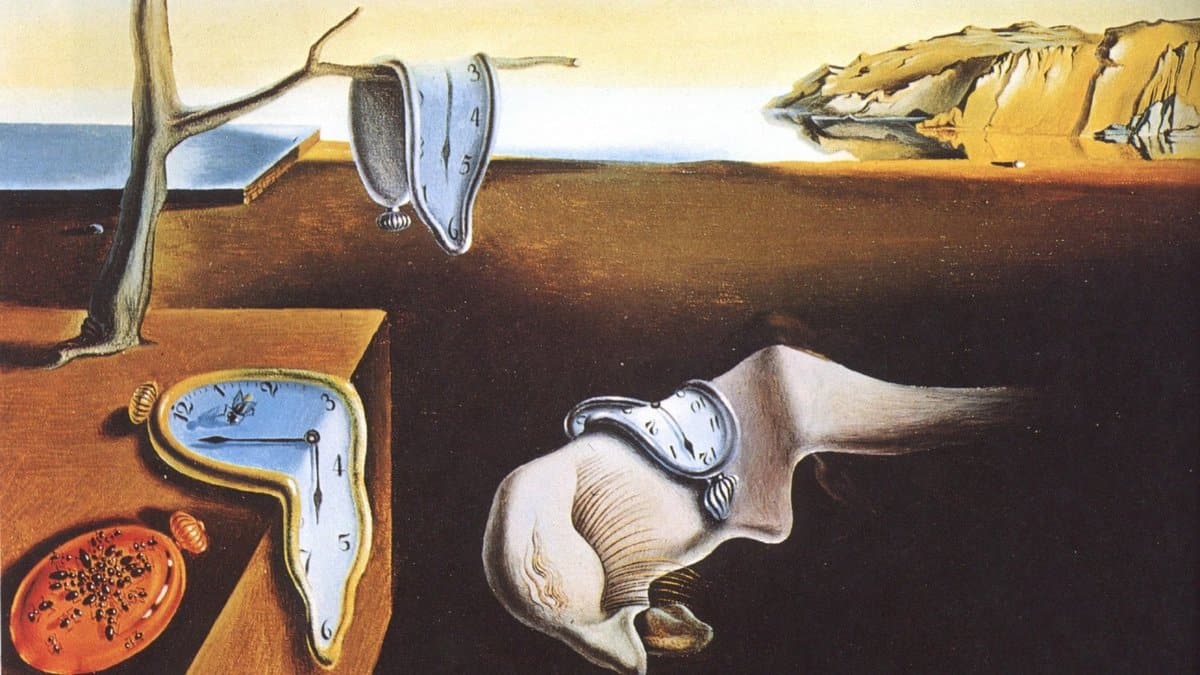 The Persistence of Memory by the Spanish surrealist artist Salvador Dali, is among the most renowned and recognizable paintings in all history and one of his most famous as well.

The melting clock faces depicted in the painting have surely sparked plenty of questions inside many art lovers heads. It’s widely believed that Salvador Dali drew his inspiration from Einstein’s Theory of Relativity. 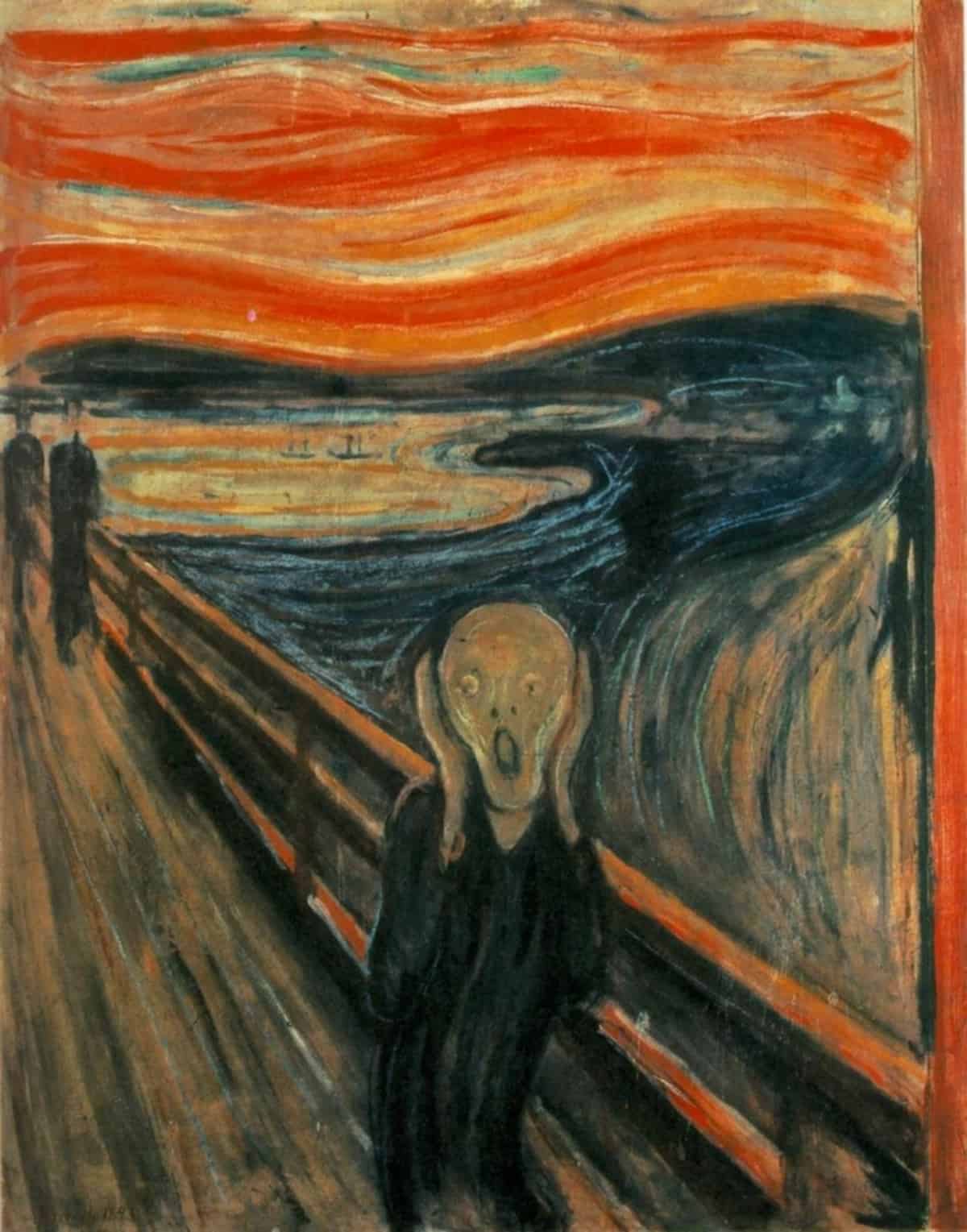 Painted in 1893 by Edvard Munch and on display today at the National Gallery in Oslo, The Scream somehow manages to transmit the feelings of fright depicted through the portrayal of the screaming person. The technique used in this piece of art was painting in oil and pastel on cardboard.

While the painting itself looks frightening to most people, it drew a lot of attention from thieves. The artwork was last time stolen in 2004 and went missing for two years before being recovered in 2006. 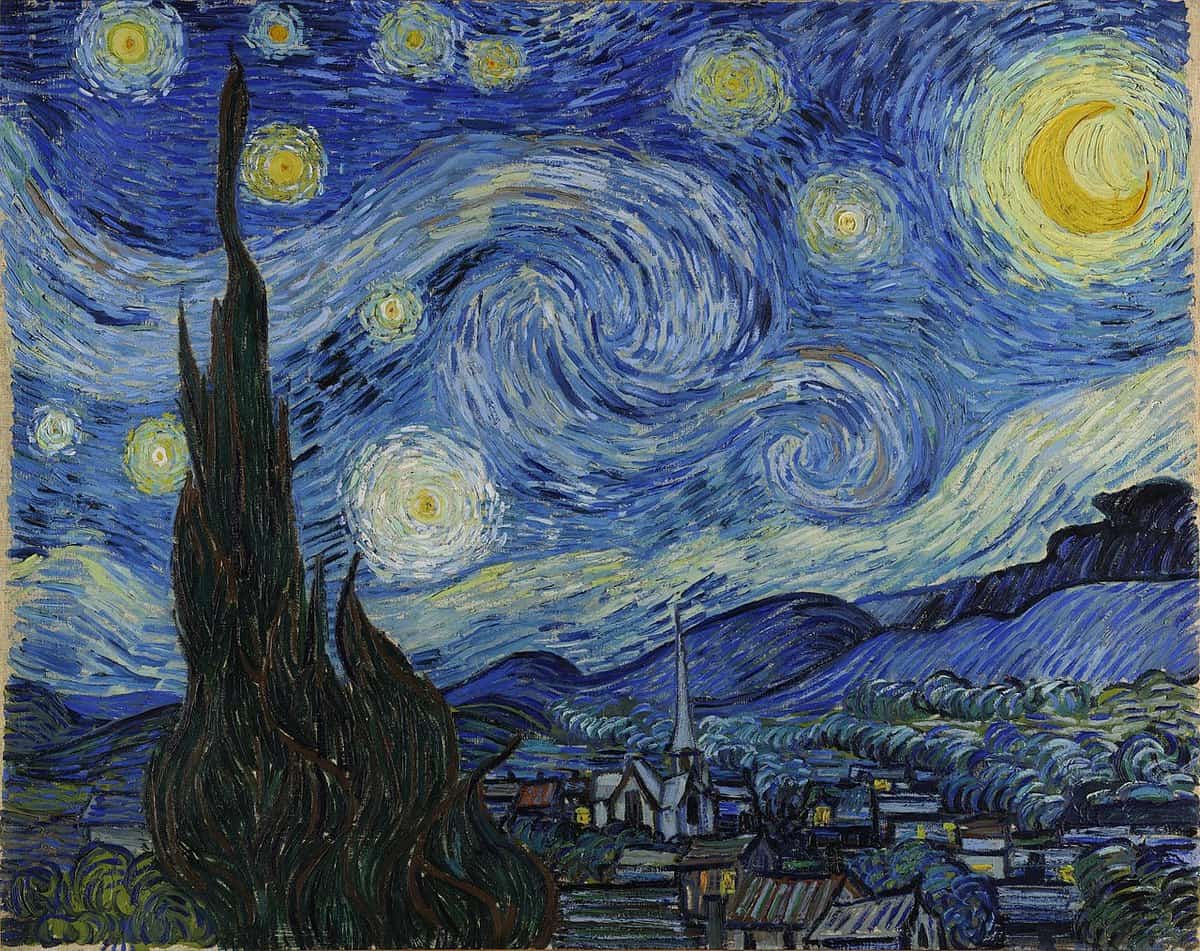 The Starry Night is van Gogh’s most popular painting, created in 1889 during his time spent at the asylum in Saint-Remy. The painting mirrors the artist’s state of mind at the time, being completed right after his mental breakdown one year earlier.

The painting is now part of the permanent collection of the Museum of Modern Art, New York and one of the most recognized paintings in modern culture.

Painted by the famous Michelangelo between 1508 and 1512, The Creation of Adam continues to impress millions of visitors every year from the ceiling of The Sistine Chapel in Vatican City, Rome.

The painting depicts one of the nine scenes from the Book of Genesis. 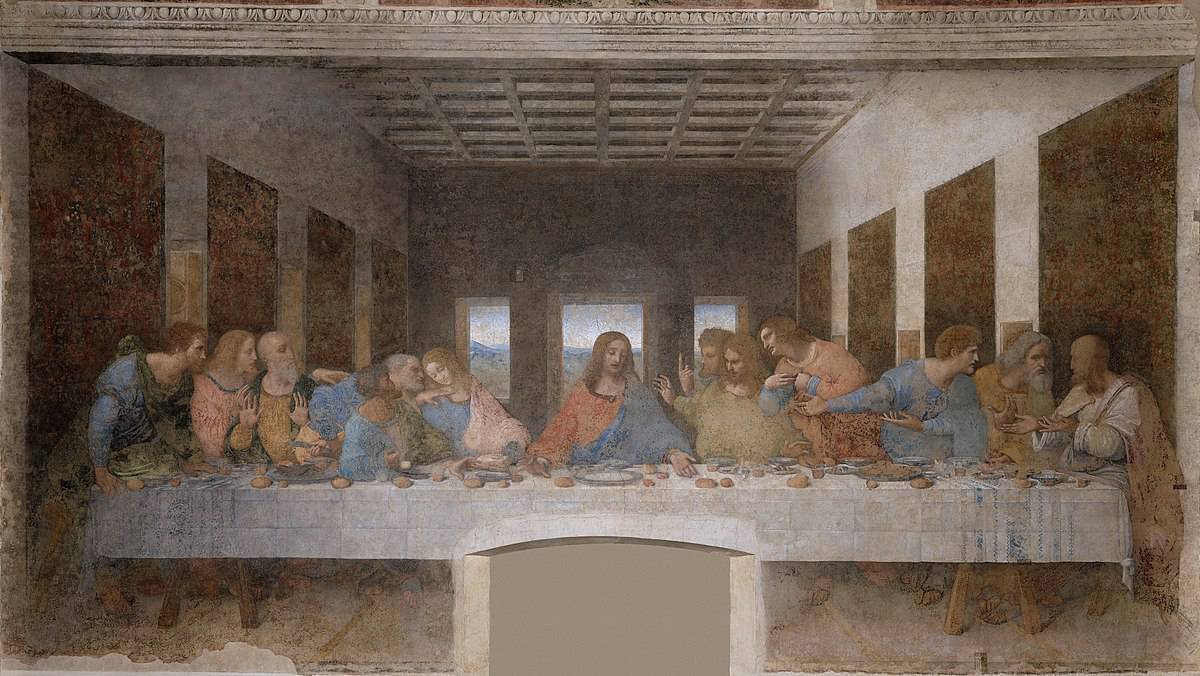 Located on a wall in the dining hall of the Santa Maria delle Grazie monastery in Milan, Italy, The Last Supper is one of the world’s most famous paintings. It was created by Leonardo da Vinci in the last part of the 15th century.

The masterpiece depicts the scene of The Last Supper of Jesus with his disciples and has become one of the best attractions Milan has to offer. 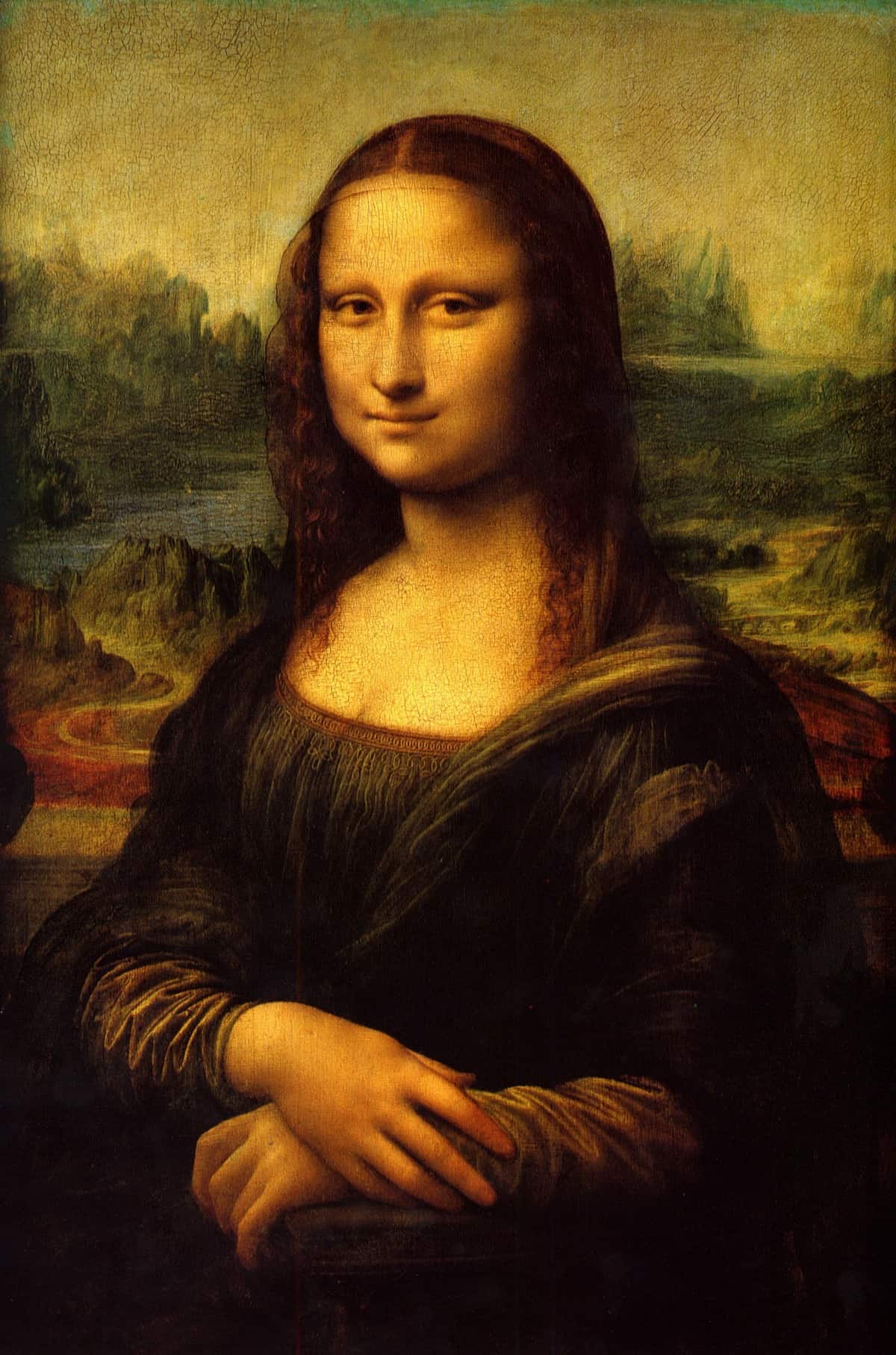 Mona Lisa is certainly the most famous painting the world has known so far and the one to drive people
crazy for centuries with its impressive quality. There’s still a lot of debate and many theories as to who’s the real subject and why is she smiling. Due to that, the famous artwork has gained an alternative title, La Gioconda.

As the main attraction of the Louvre Museum in Paris, Mona Lisa is admired by over six million tourists every year. Da Vinci worked on it from 1504 until right before he died in 1519. 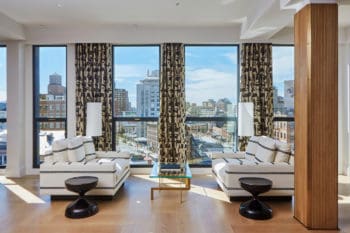