The 10 Most Extravagant Homes owned by Footballers

The best footballers in the world earn more money than you could possibly imagine, that’s why they often have a lot of cash to burn on extravagant purchases like one-off supercars, yachts, jaw dropping homes and even private jets.

The 10 highest paid soccer players earned in 2015 more than $400 million together, with Cristiano Ronaldo and Lionel Messi leading the ranks with $79 and $70 million. They were one fight away (Mayweather vs Pacquiao) from being the world’s highest paid athletes, which says a lot about how well paid soccer superstars are.

Their homes will tell you just how big they live, that’s why today we’ll show you the 10 most extravagant homes owned by footballers. Enjoy! 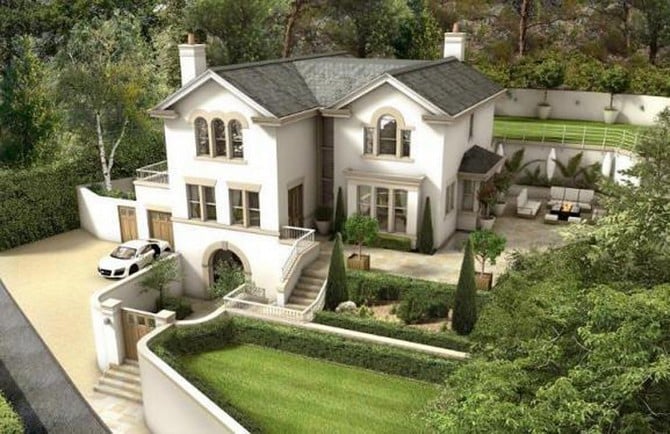 Mario Balotelli is just 25 right now and he’s already been to some of the world’s biggest clubs, going from Inter to Manchester City, then back to Italy at AC. Milan, then back to the UK to play (and disappoint fans) for Liverpool, then back to AC Milan once again. Super Mario is extremely talented, but he’s so unpredictable and inconsistent, probably due to the his lifestyle that’s making headlines wherever he might be.

When he signed with Liverpool, Balotelli bought this gorgeous villa for around $5 million which includes an indoor pitch, a swimming pool, a private theater, plus a home cinema as well. His villa features 4 bedrooms and bathrooms and a while ago it was even available for rent, now that Balotelli has moved to Milan once again. 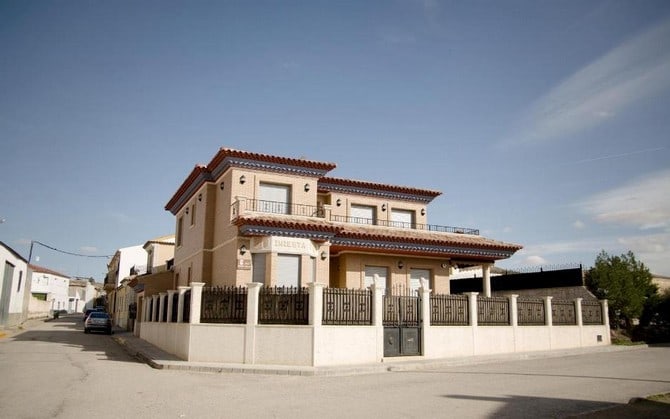 Probably one of the best players of this generation, Andres Iniesta had to own a pretty big house, just in case he had to store all those trophies won with Barcelona and the Spanish national team. Iniesta had this beautiful house custom built for him around 10 years ago, that even features his name and shirt number right on the exterior wall of the house, plus the badges of Barcelona and Spain.

That’s how you show how much you love playing for the team, right? The brilliant play maker enjoys 5 bedrooms, a swimming pool and even a small chapel inside his house, with every single amenity he could ask for. His house is currently valued at $4.6 million. 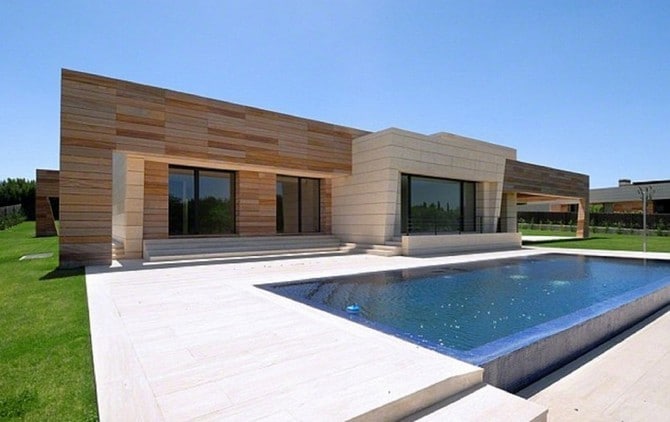 After signing with Real Madrid two years ago for a record breaking fee, Gareth Bale has become the most expensive footballer of all time, surpassing even his team mate, Cristiano Ronaldo. He quickly moved in Kaka’s former home, in one of the most exclusive and high value areas of Madrid, with neighbors like Cristiano, Zinedine Zidane and many other Spanish celebrities.

Houses here sell for more than $6 million and his contemporary home is a real gem, even in this select neighborhood. The property includes four bedrooms, a six car garage, a nice pool and also an indoor gym. 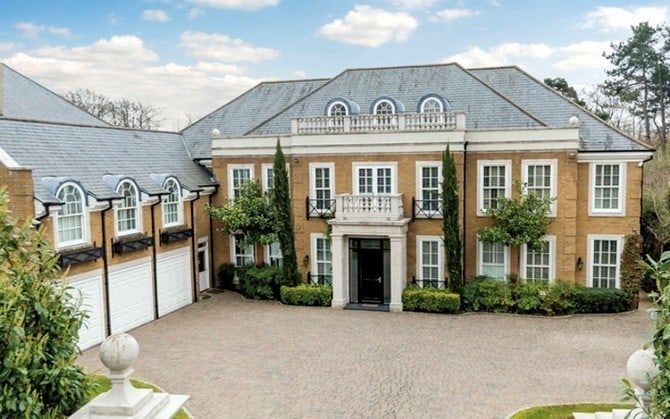 John Terry loves Oxshott, a charming village from Surrey, just a couple of minutes away from all the fuzz in London. He used to own a massive 10 bedroom house here, with a home theater, an underground aquarium and a lot of luxurious amenities but he decided to sell it back in January for a massive profit. He bought that place for £6 million and sold it for £16 million to Sultan bin Mohammed al-Naamani.

But he has recently bought this beautiful seven bedroom, six bathroom home in the same village, just a mile away from his old house. Apparently he paid £4.3 million for the new property, or about $6.5 million, a home that previously belonged to golfer Colin Montgomerie. 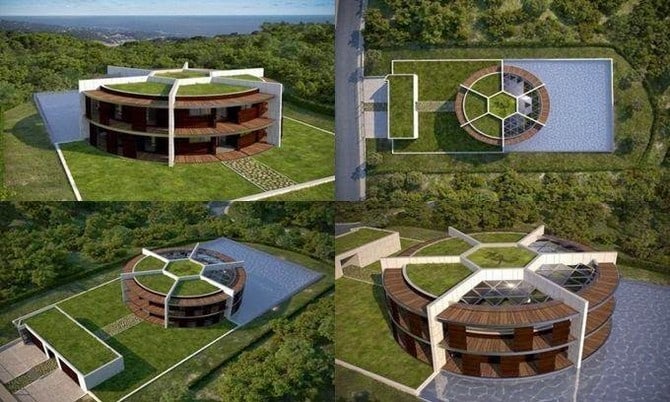 Lionel Messi has been frequently called one of the best footballers to ever exist on the face of the planet, for good reason. Together with Andres Iniesta, Xavi and other Barcelona legends, he turned this team into the most fun to watch team in the game, rocking our minds with amazing plays and the mesmerizing tiki-taka.

He’s amazing on and off the field and he loves the sport so much that he even decided his home should look like a football.  Messi planned to build the ultimate house for a footballer, shaped exactly like a football and laying on a plot that looks just like a pitch. This jaw dropping home will apparently feature a spa, a private theater and all kinds of amenities that are both luxurious and eco-friendly. The cost of construction is estimated to be $5 million. 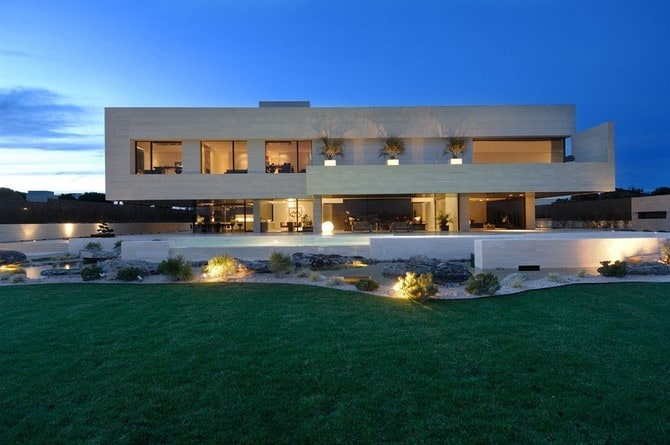 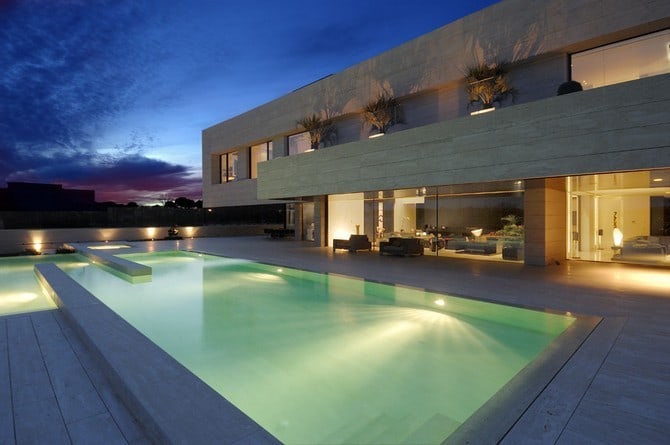 If Messi is on one side of the coin, the other side has to feature Cristiano Ronaldo. These two players are like Yin and Yang, battling each other every single year for the award of the world’s best soccer player and it’s always a pretty close race, even when we compare their amazing homes.

The brilliant Portuguese player owns a $7.2 million house is an exclusive residential area near Madrid, featuring 8,000 square feet of luxury, seven bedrooms, eight bathrooms, two pools, a pretty big garden and even a trophy room where he could store all his awards and medals. From what we found out, Cristiano wanted to sell this house a while ago to move closer to the heart of the city. 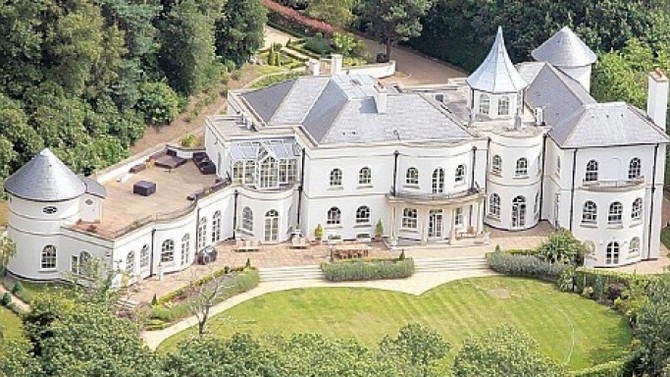 In case you don’t know this yet, Didier Drogba is still playing the game and he’s probably a lot closer to you than you think, playing for the Montreal Impact right now. The Ivorian football player has been one of the most skilled strikers in the game, leaving his mark on Chelsea’s successful history in these past 10 years.

Didier Drogba made a fortune during his career and apparently he’s also one of the most extravagant spenders in the game, paying almost $14.4 million for this massive mansion, which features 7 bedrooms, 8 bathrooms, a sports museum and also a number of smaller rooms for children.

Another legendary striker is Thierry Henry, who decided to finish his amazing career with the New York Red Bulls, after 16 years in Europe with Monaco, Juventus, Arsenal and Barcelona. Henry has become one of the wealthiest soccer players, that’s why settling down in New York wasn’t too hard for him.

He moved into one of the most expensive parts of the city, right in the heart of Soho, in a massive penthouse spreading over two floors which was valued at $15 million. But he’s also working on his dream house, a three storey property featuring a swimming pool, bar and cinema and… even a 40ft fish tank. 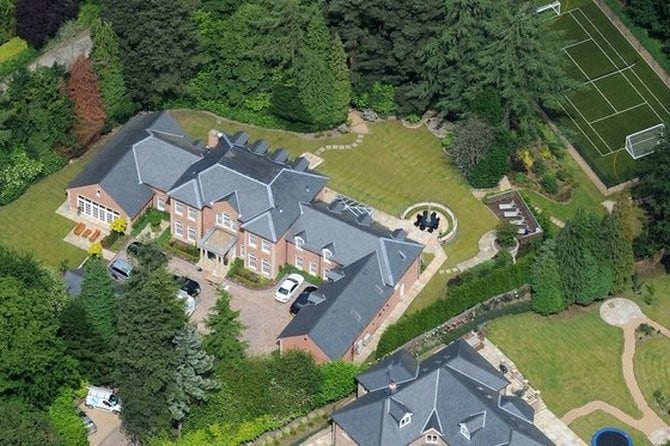 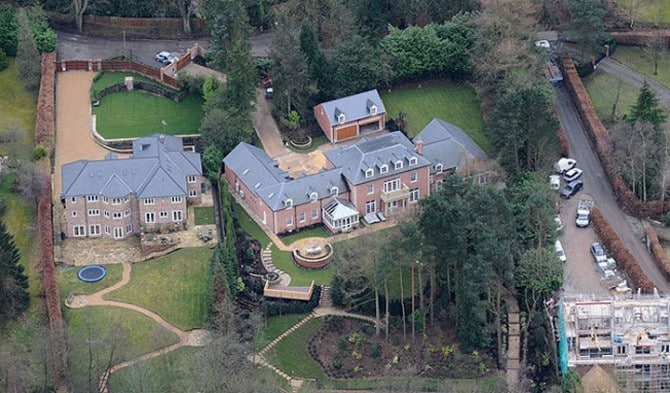 Wayne Rooney’s home looks closer to a palace than your average house, even when it’s compared to other homes on this list. The Manchester United striker has been one of the highest paid players in the world for years, but he still had to make a huge effort to turn this mansion in Cheshire into his dream home.

He bought it for just $6 million a couple of years ago, but invested a ton of money to make it just as he wanted it. Currently valued at about $17.83 million, Rooney’s palace includes a sport museum, a massive indoor pool, landscaped gardens, a home theater and a jacuzzi. There’s even a golf simulator inside, just in case he gets bored going from one corner of his house to the other. 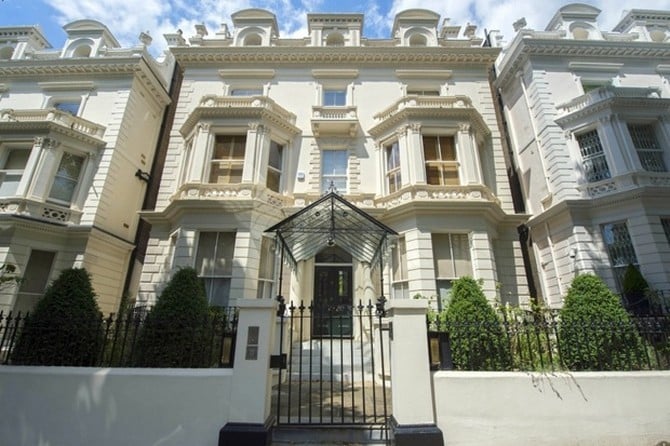 When it comes to homes owned by soccer players, there’s no one who can beat David Beckham and his wife, Victoria. For years they were the proud owners of one of the most amazing properties in the British countryside, that was even dubbed as the “Beckingham Palace”, but they’ve sold it back in 2013.

And then they’ve bought this charming mansion in the heart of the capital for a cool $50 million, just two years ago. Of course, this home was called the “Beckingham Palace II” and even though it might not look like a lot from this photo, it’s one of the largest and most amazing homes in Kensington.

The mansion spreads over five floors, with 9,000 square feet of luxurious living space, eight bedrooms, seven bathrooms, a gym, a spa, four nail bars, a catwalk and even an inside waterfall! 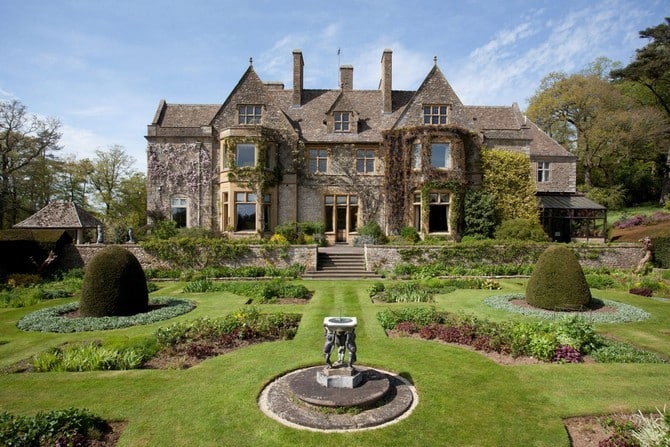 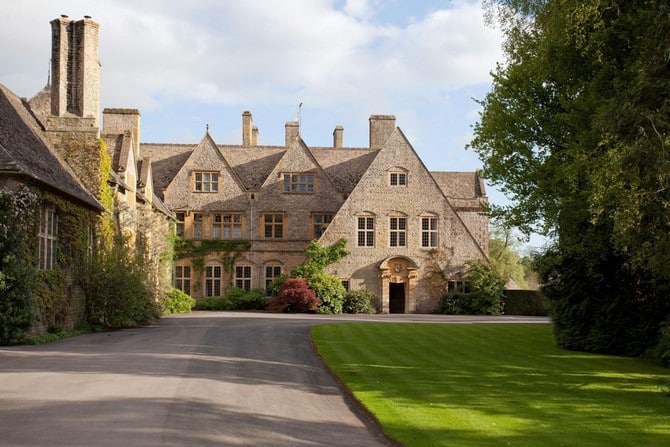 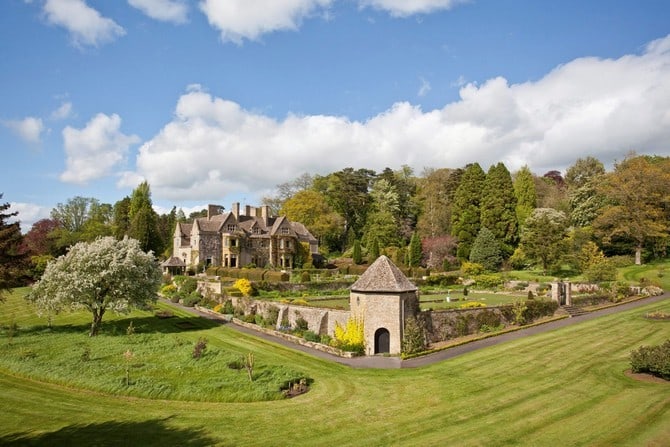 David and Victoria Beckham has apparently bought a new sprawling countryside estate, just a couple of weeks ago, for £27 million (which is around $40 million right now). The Abbotswood Estate near Cotswolds looks like it came right out of a fairy tale, featuring 10 bedrooms, six bathrooms and enough land to built 380 football pitches.

Tags:
Previous Article
Two new Astarte Suites that Could Literally Take your Breath Away
Next Article
$6500 For The Maserati Cipollini BOND Road Bike Sounds Like A Bargain