Home ‣ Luxury Lists ‣ The 10 Most Expensive Spices in the World

The 10 Most Expensive Spices in the World

Spices, those magic seeds and powders that season our foods, have been here since thousands of years. You can find them in most kitchens, hidden away in some drawer or rack, but brought back to light when cooking starts.

Their history goes back to more than 5,000 years ago, when the first traces of spice trade were ever discovered. Many of these spices come to Europe or US from far away places like Africa, India, South East Asia, Central or South America.

Though many people won’t go beyond what their local market will offer in terms of spices, there’s a wide variety of choices out there. Nowadays, most of those spices that come from exotic places can be bought almost anywhere, so there’s no reason not to try something new and different.

Ok, there might be a reason. Some of the more exotic and hard to harvest spices can be quite expensive.

Though the list may not be exhaustive, here are The 10 Most Expensive Spices in the World (the prices are expressed per pound): 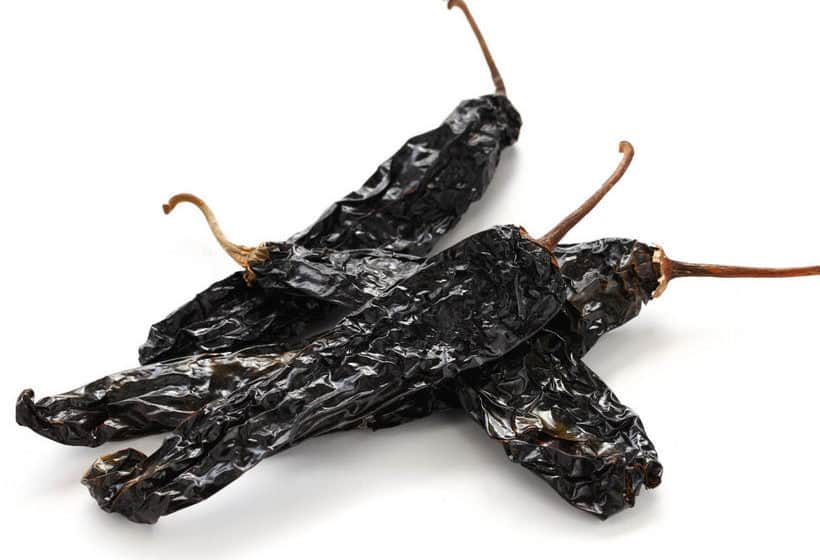 Not very well known in the US or Europe, these hard to pronounce Mexican chilies are rare and hard to find. They come from the Oaxaca region in the south of Mexico, at the junction of the great Sierras, an area known to the world as having the most diverse collection of chilies.

Pasilla de Oaxaca is a medium-hot chili with a rich smoky flavor, used mostly in sauces and vegetarian dishes. Their price can go up to $28. 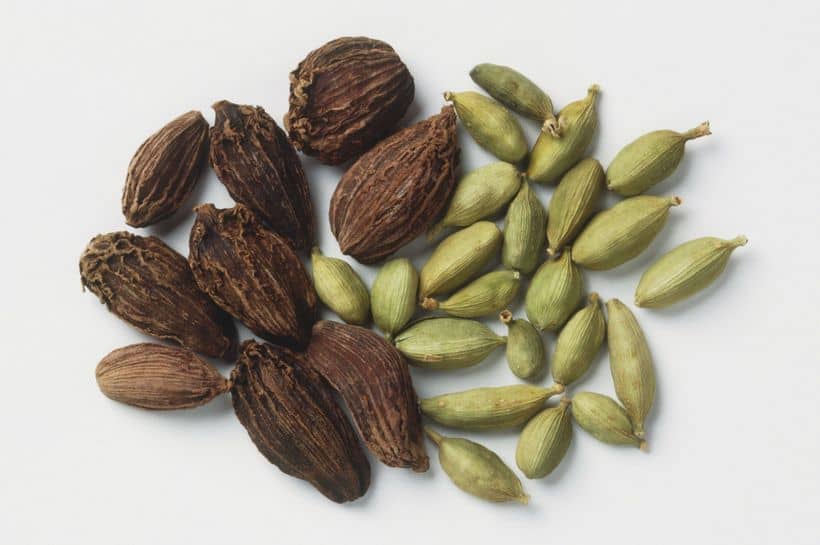 Cardamom is a spice that originated in India and Sri Lanka and it’s a key ingredient used in curry or garam masala, sometimes even in coffee in some countries. It’s made from the seeds of the cardamom plant pods. Today, the biggest producer and exporter of cardamom is Guatemala, followed by India.

The high price of $30 is given by the fact that harvesting the small seeds is a very time consuming and complicated process. 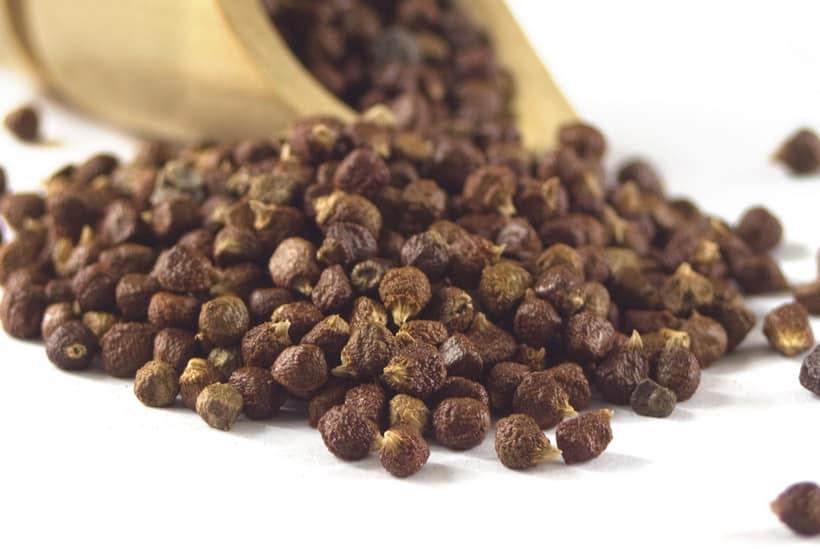 The Grains of Paradise spice comes from countries like Ghana, Liberia or Togo on the west coast of Africa. It’s related to ginger, turmeric and cardamom. Though it’s mainly specific to African cuisine, it’s rising in popularity in other regions of the world as well.

Grains of Paradise, also known as alligator pepper, Guinea pepper or Roman pepper, is used as a more flavorful substitute for black pepper, changing a dish’s aroma in a more interesting way than pepper does. But don’t expect this to come cheap, as its price tag rises to $31. 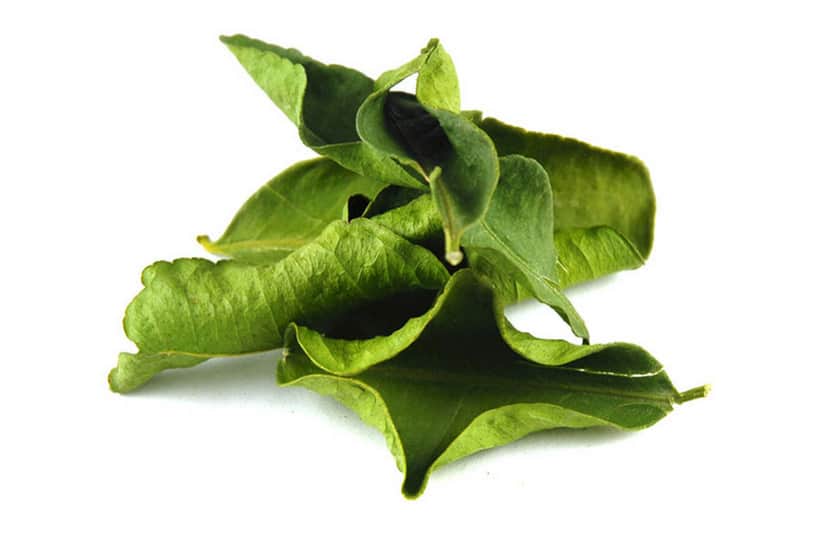 The Kaffir Lime is known as wild lime or Indonesian lime and it’s used mainly in Cambodian, Indonesian, Laotian, Malaysian and Thai cuisine, adding a special flavor in curries, salads, stews and soups. Though its origins are tied to south-east Asia, Kaffir Lime grows as well in Australia, California or Florida.

The fresh aromatic Kaffir Lime leaves add an intense citrus-sweet flavor, but the dried rind is not as fragrant, though still adds a bold flavor. The price spins around $35. 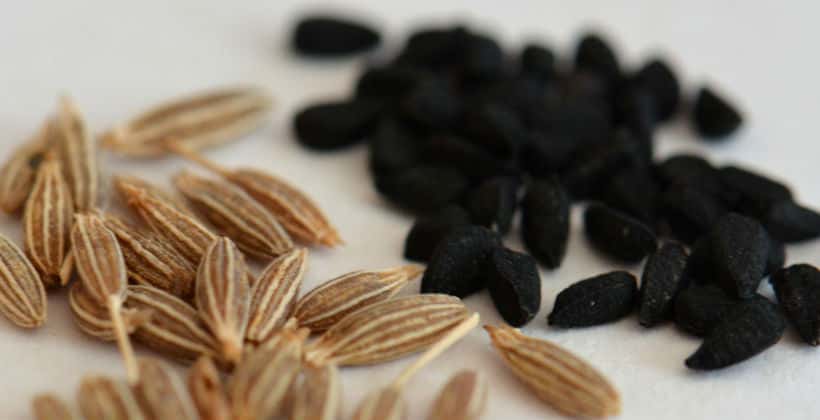 Black Cumin or Kala Jeera, often confused with nigella – known as black caraway or onion seed, is a spice that originated in Egypt, Iran and North India and it’s very hard to get, thus making it exotic and expensive. It’s a favorite of Pakistani and Iranian dishes, but also popular in North Africa.

The Black Cumin is different than the regular one. It’s darker, thinner, has smaller seeds and it’s sweeter than normal cumin. The flavor is richer when roasted or dry, making it a great addition to most meat dishes. The price for this exotic spice goes up to and might even exceed $38. 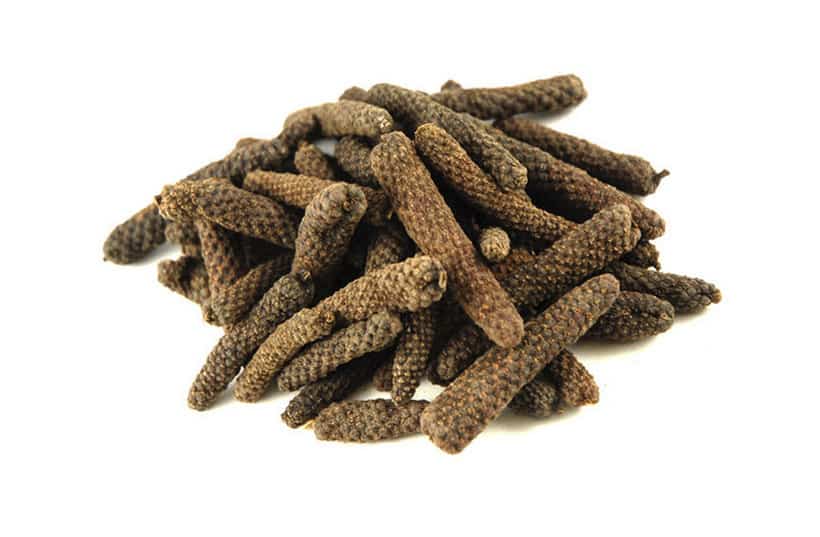 Though almost unknown today to the European cuisine, Long Pepper has a long history, dating back to the time of the Greeks and the Romans who were big fans of it. After the discovery of the Americas, chili peppers conquered the Old World cuisine, which abandoned the Long Pepper. Today it’s still used in Nepal, Pakistan or India, where it goes by the name pippali.

It has a similar taste to black pepper but it’s hotter, that being its main role before the adoption of chili peppers, which are spicier. Long Pepper is known to be of help in many cancers. Because of its scarcity, the price for Long Pepper goes up to around $45. 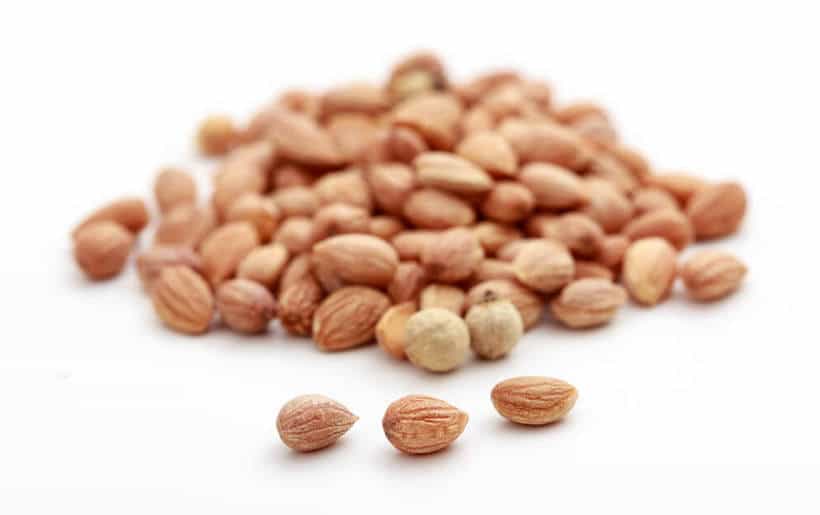 Also spelled Machalepi, this spice comes from the cherry stones of the St. Lucie Cherry tree, which grows around the Middle East, the Mediterranean and Southern Europe. While it was first added in perfumes in Turkey and the Middle East centuries ago, its health benefits were soon recognized and Mahlab made its way as a spice into the kitchens of the area.

Though not very spread in the US, it’s gaining more ground mainly with those interested in Mediterranean dishes, adding a distinct flavor, with hints of bitter almond and cherry, similar in a way to marzipan. Mahlab is hard to come by, so you might want to save it for those special occasions. The price will also help you with that matter, since a pound of Mahlab sells for about $68. 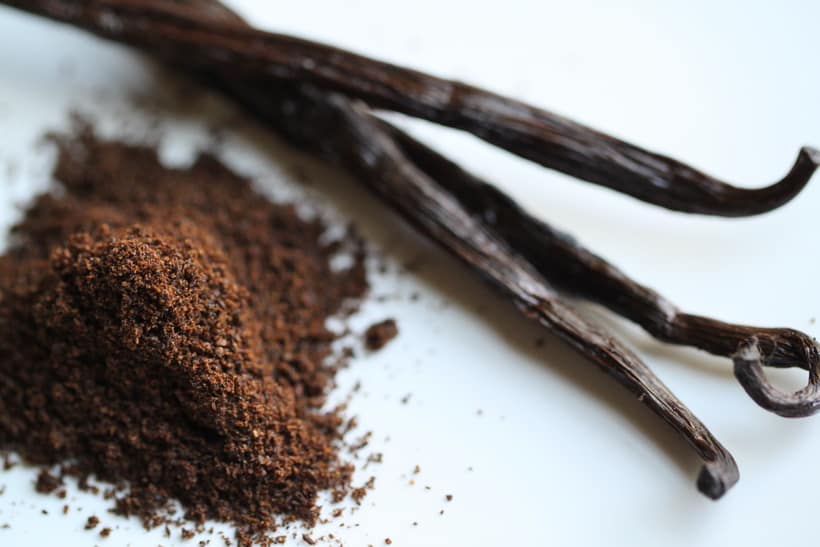 This one you know for sure. It’s almost anywhere, from the cookies you now wish for since I just mentioned them to all the goodies out there for which vanilla is one of the main ingredients. This widespread spice comes from Madagascar, Reunion, South Pacific or Central and South America.

But if it’s that widespread, why is it so expensive? Well, the process of hand-pollinating the flower of the plant is the one to give its price. It’s a very complicated and time consuming process.

The best natural vanilla is grown in Madagascar and Mexico and the price per pound goes up to $200. 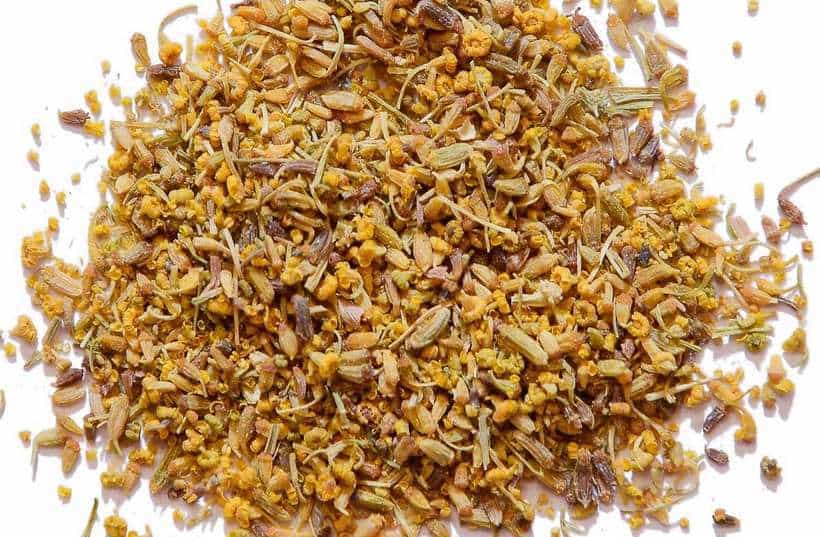 You may have heard about the fennel plant, which originated on the shores of the Mediterranean but is now widely cultivated in many parts of the world. It’s one of the main ingredients of absinthe. Pollen is the most potent part of the plant and it’s very hard to find since the harvesting is an intense labor, making it exotic.

Fennel Pollen adds a sweet savory flavor to the food, transforming the dish into something special. But beware of the price, which is as exotic as the pollen itself and may go up to around $500 for a pound. 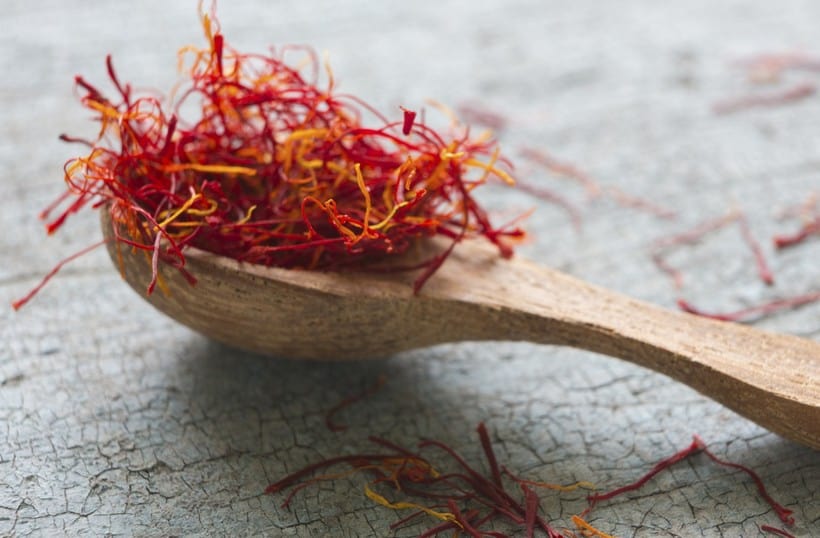 Used for thousands of years as seasoning, medicine or fragrance, Saffron seems to have originated in Central Asia and comes from the Crocus Sativus flower, a domesticated plant that has no known wild relative. Saffron has a sweet aroma with grass or hay-like notes, and is used on a wide scale in Persian, Indian, Arab and European cuisines.

The other thing you should know is that Saffron is by far the most expensive spice in the world. The reason? Harvesting the plant is a meticulous process. Each flower has three stigmas and it takes 50,000 to 75,000 flowers to produce one pound of dried saffron threads, totaling to over 20 hours of labor.

Back in the times of Persians, Greeks and Romans, Saffron was worth its weight in gold. This can be said today as well, since the price for one pound of Saffron might even go up to $5,000.

The 10 Most Expensive Spices in the World
Tags:
Previous Article
This Might Just Be The Ultimate Porsche 911
Next Article
The Knickerbocker Hotel is Another Reason to visit New York City