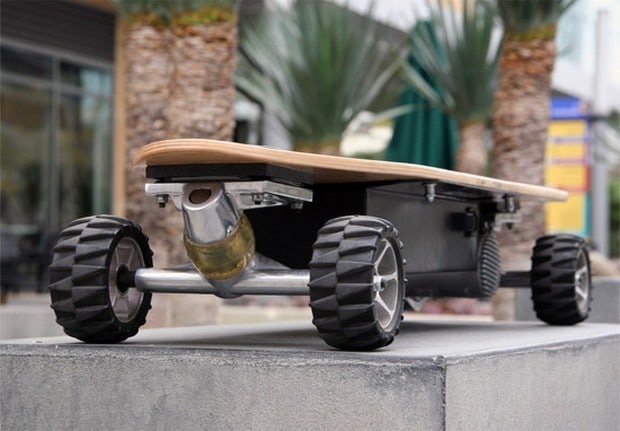 The Intuitive Motion Z-board Pro and Classic editions are the new cool things in the world of skateboarding, with incorporated weight sensors to help you move around. These boards are based on 100% electronic designs, reaching a top speed of 17 mph. It’s commonly known that skateboarding relies on skill and manual controls, when talking about the standard boards.

This is the part where Z-board intervenes, turning this principle upside down, through an ingenious weight sensing technology that helps determine direction and speed, at the same time adjusting the board to the required surface conditions.

The lower surface of the board features the 24 V 400 W motor, the Classic version being able to reach a top speed of 15 mph. It can also go for 5 miles at one charge, while it takes around 5 hours for a full recharge. The battery, working on acid and lead, is located at the side of the engine. An interesting feature is the board’s braking system, which activates when the user transfers his/her body weight from the rear to the end of the board. 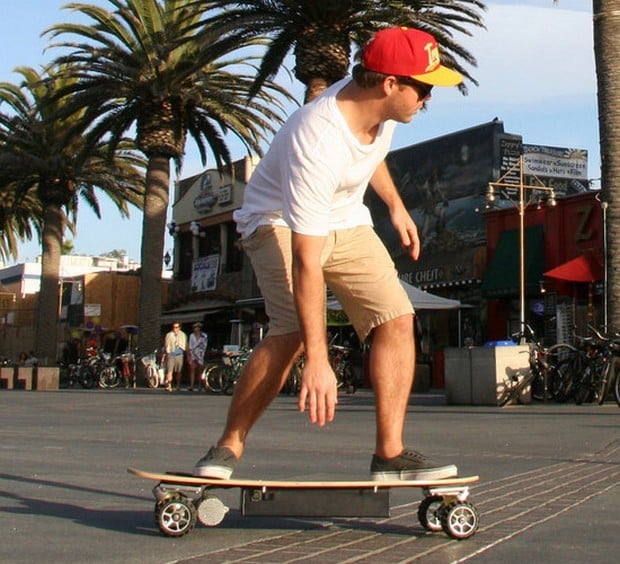 The Pro Edition packs a bigger punch, the most important difference being the Lithium-Ion battery. It’s a bit lighter thanks to the respective battery type, allowing the skateboard to reach a higher top speed, of 17 mph, as stated above. It also comes with a better autonomy, of around 10 miles on a single charge – double than the Classic version.

Awarded with the 2012 DEMO GOD at the Venture BeatDemo Conference, and a few more prizes, the boards will be delivered from June 2012, for $499 – the Classic version -, and $749 – the Pro edition. Furthermore, the pre-ordering process is currently on the go, with the boards available at $100 less, until the end of the pre-order period. 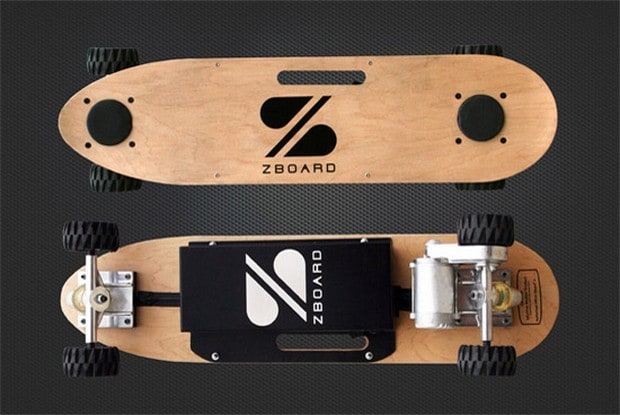 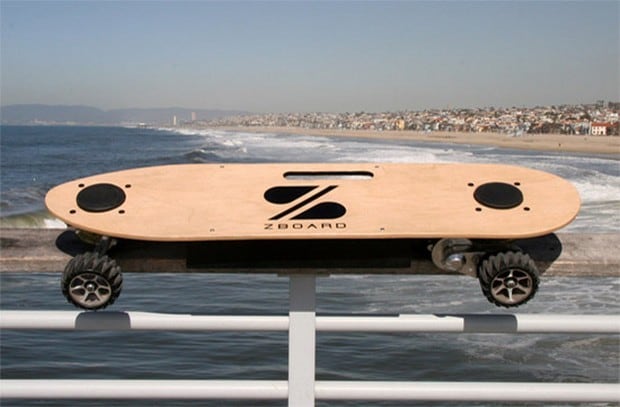