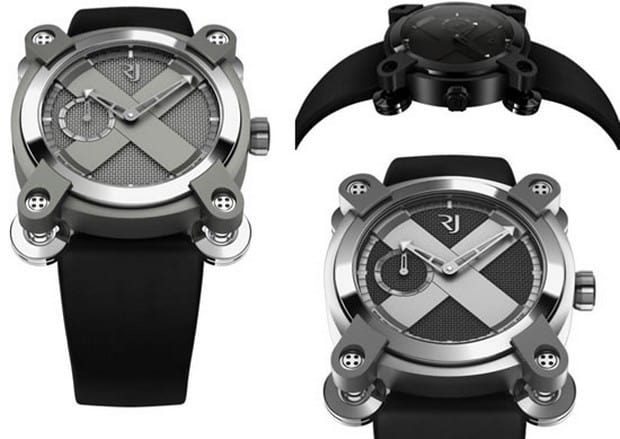 As a sequel to the Moon Invader collection, RJ – Romain Jerome is presenting a new gorgeous timepiece, the Moon Invader 40. The stunning solid look of this watch confers it masculinity and a strong personality – a one of a kind gadget that could only fit the tough sex.

The 40 mm case and high-tech craftsmanship are simply astounding, leaving enough room for elegance and beauty. The case is manufactured from steel and fragments from the Apollo 11, resembling the design of a space vessel. In addition, the watch has been decked with ball-and-socket joints on each of its four corners, similar to the pivoting feet of the lunar landing modules.

They aren’t only meant for design, but also work as holders for the spring bars of the leather straps, adapting the watch to any wrist size. The back of the watch sports the Moon Invader collection signature, in the form of security screws with four cup marks, on the movement’s functional locking screw.

Furthermore, the dial features a meshed pattern that resembles the woven metal strands from the tires of the lunar ROV-s, plus the X signature motif. These two, combined, mean a revolution in timepiece designing, this being the first time such a motif had been used in the field.

As a final touch, the cut-out hands are decked with Superluminova, while a careful satin-brushing has been performed to the inner bezel ring and the small seconds counter. There are three options of purchasing this exquisite gadget: a titanium version, a black PVD one and a last, made of steel.

The functional part of the timepiece sports a mechanical self-winding movement especially developed for RJ – Romain Jerome watches. Although the costs have not yet been made public, the Moon Invader 40 collection is expected to hit to hit stores during the summer of 2012. 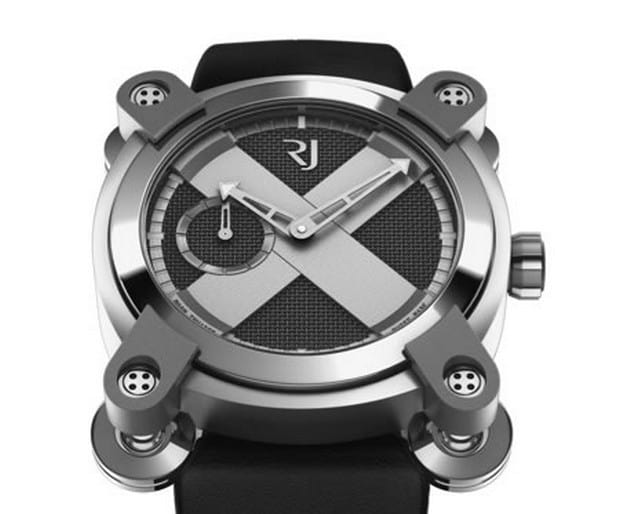