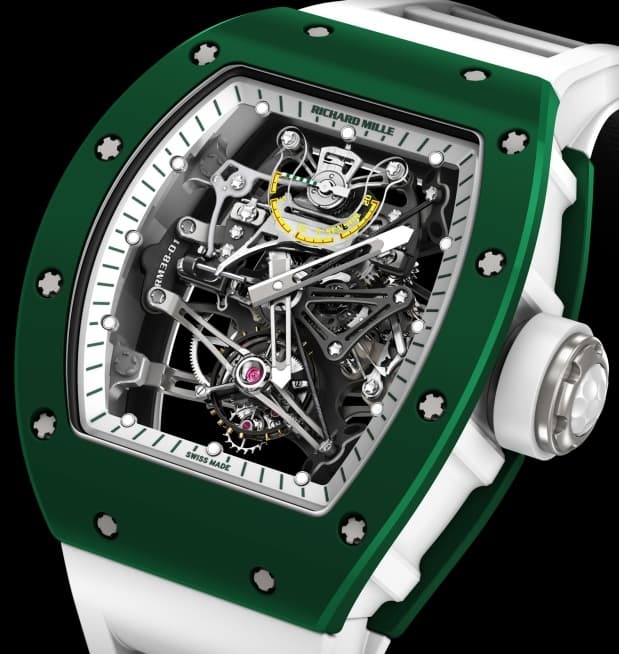 Richard Mille signed Bubba Watson as a brand ambassador in 2010, when the hard-hitting American golfer was relatively unknown. The Swiss watchmaker must have seen something others did not, as Watson is now one of the most notable names in the game. Continuing with this collaboration, Richard Mille has released the new RM 38-01 G-Sensor Bubba Watson Tourbillon.

As the name suggests, the timepiece’s most notable features are the tourbillon movement and Mille’s patented G-sensor. The latter is a truly marvelous mechanical piece, containing more than 50 moving parts within just 17 mm, and allows the wearer to see the accumulated motion of his swing. The sensor can record up to 20 G’s of acceleration, providing valuable information for golfers like Watson, known for his ability to hit the ball over long distances and at speeds of almost 200 mph. The mechanism is integrated into a manual winding tourbillon movement with about 48 hours of power reserve.

As one would expect, hi-tech materials were used in the manufacturing of this watch: the front and back bezels are created in TZP-G (an extremely durable ceramic glass material), while the case band is grade 5 titanium molded with white rubber.

The Richard Mille RM 38-01 G-sensor Bubba Watson was released as a limited edition of 50 pieces. 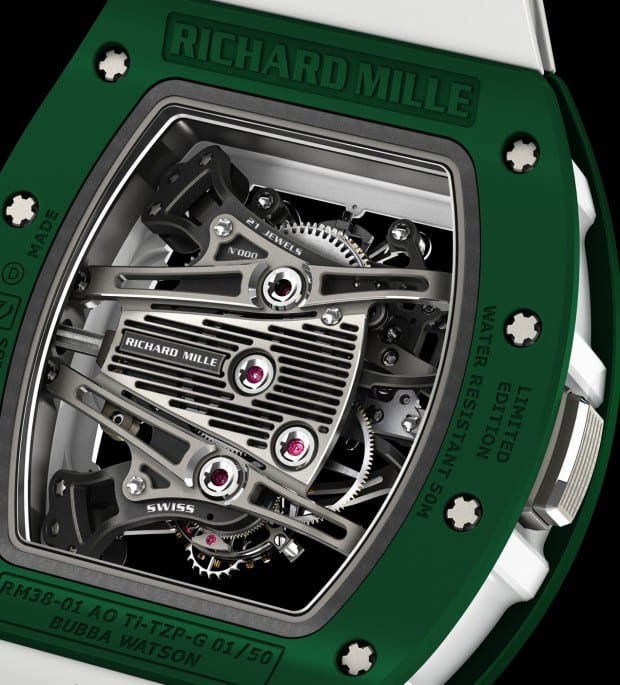 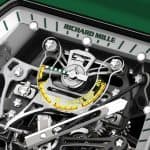 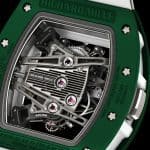 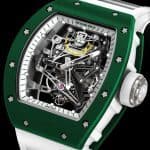 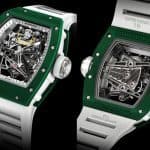 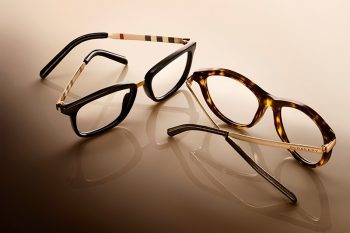