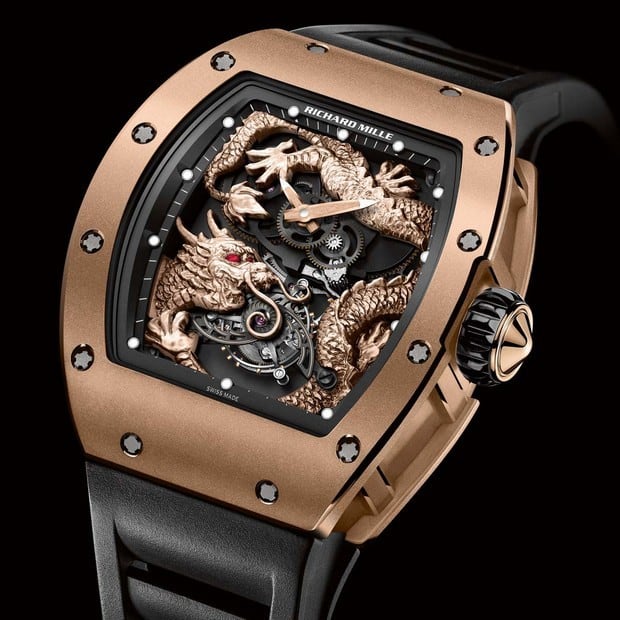 Another celebration of “the year of the dragon” (lasting between January 23rd 2012 and February 9th 2013) among our pages comes as Richard Mille’s RM 057 Dragon – Jackie Chan. As the name says, the watch is dedicated to the activity of the kung fu – fighter Jackie Chan, personal friend to the creator.

The timepiece follows the RM 056, a gadget whose cost is more than mind-boggling – $1.7 million – and boasts an engraving in the shape of a golden dragon with colored scales that grip the tourbillion bridge in one of its claws and a movement base-plate made of unspoiled Black Onyx.

The watch also sports Jackie Chan’s signature engraved in the Black Onyx base-plate, rotating every 60 seconds following the tourbillion, for a touch of exquisiteness.

After September 2011, when Richard Mille presented the RMJC tourbillion for the JC foundation, we’ve now presented another proof of friendship the two share. This time, it’s available in 18k red or white gold with a red dragon and only 36 units. 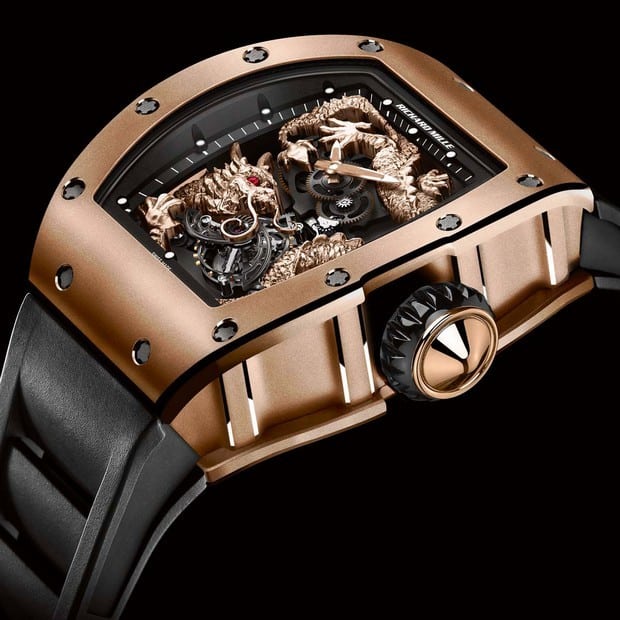 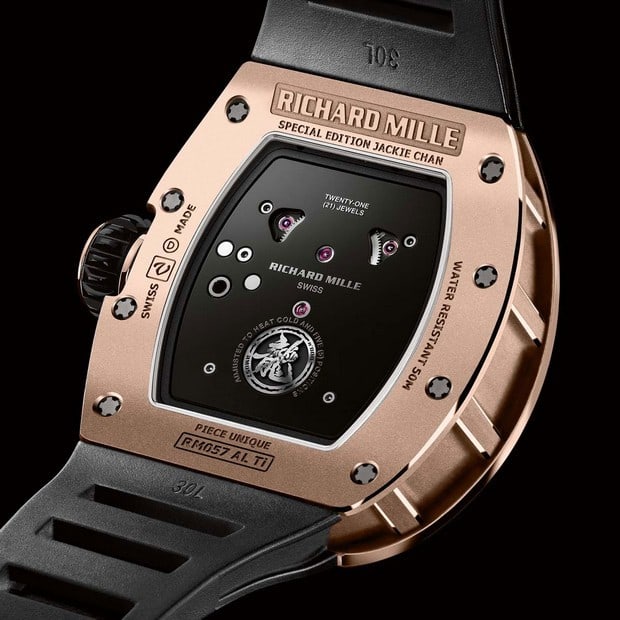 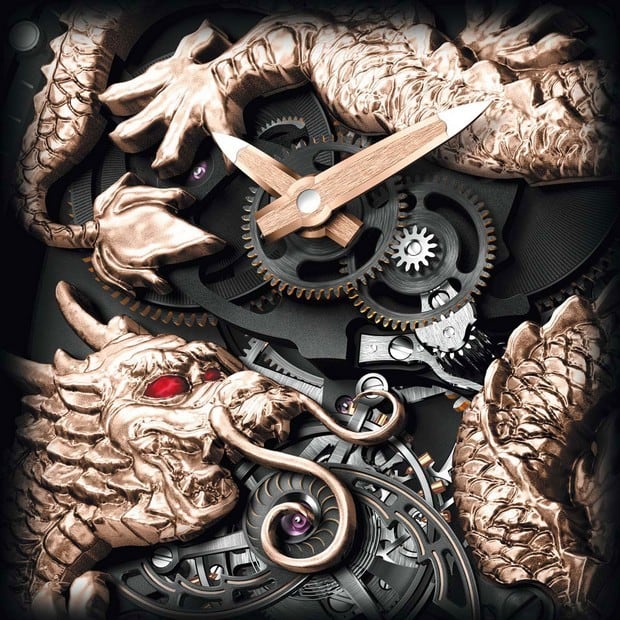 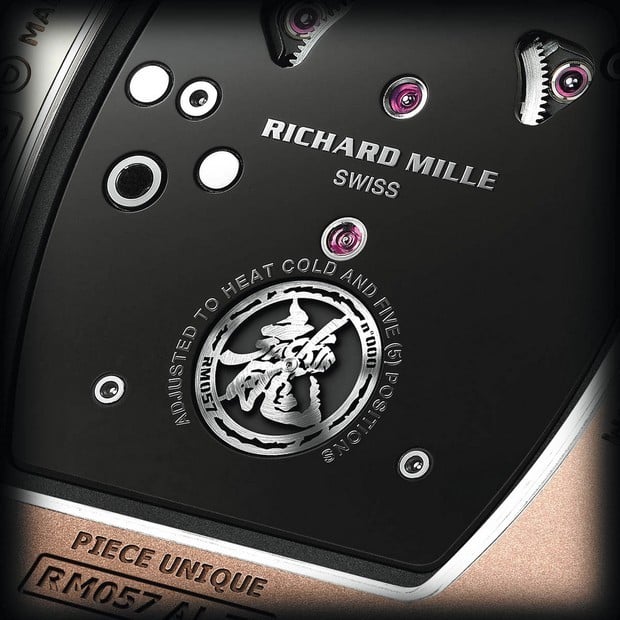