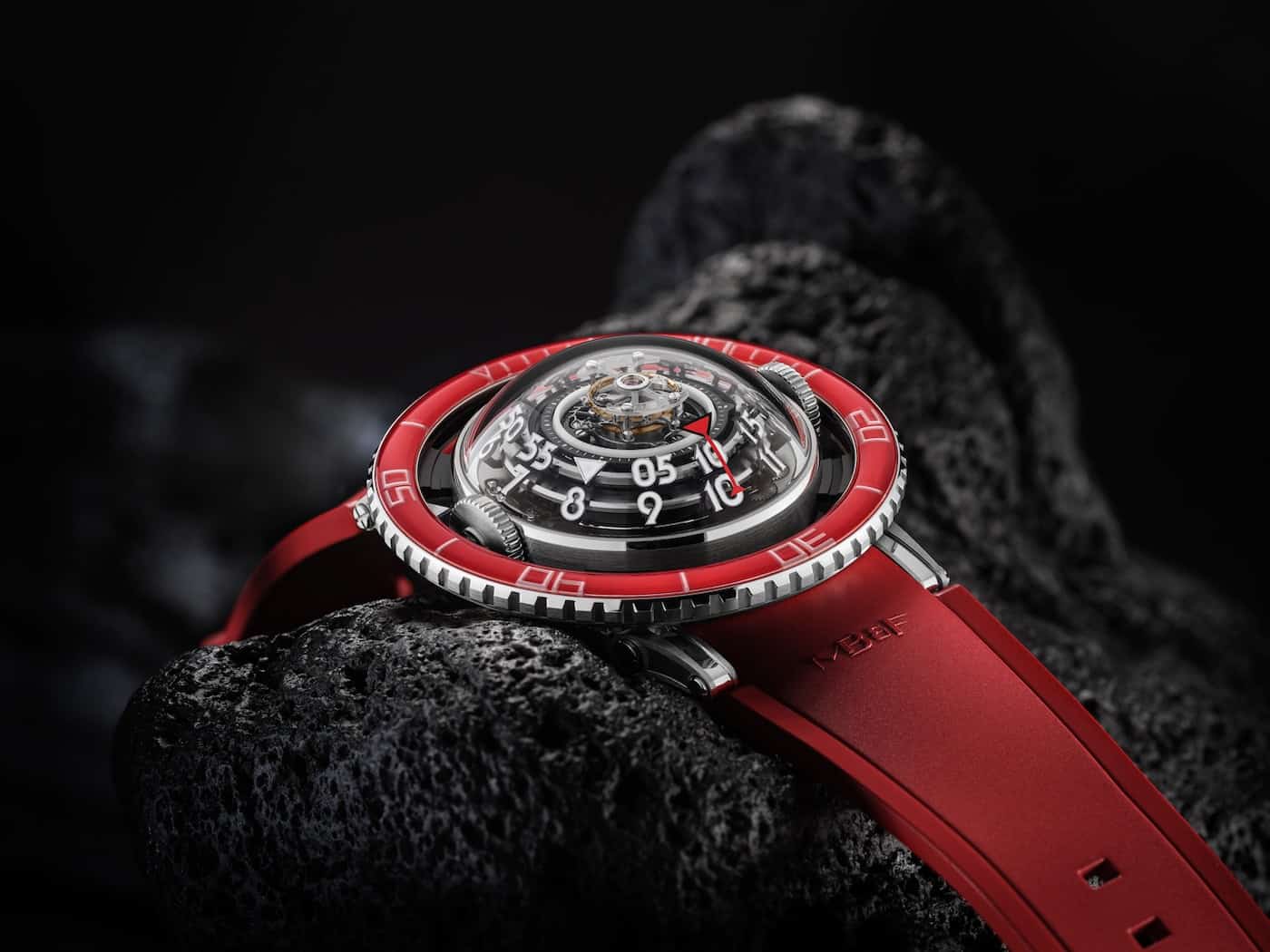 The new MB&F HM7 Aquapod Platinum Red has recently entered the Swiss watchmaker’s most impressive range of watches. The striking red color of this timepiece might be the first thing anyone will notice, but this exquisite watch comes with several upgrades to an already great design.

The new Aquapod watch will be limited to only 25 pieces, possibly due to rarity of the platinum 950 material used for its case. Speaking of the case, it’s 58.8 mm wide and 21.3 mm tall, but contrary to what you might expect, the watch is a slender fit overall. Its unconventional jellyfish shape and looks don’t make it bulky at all. 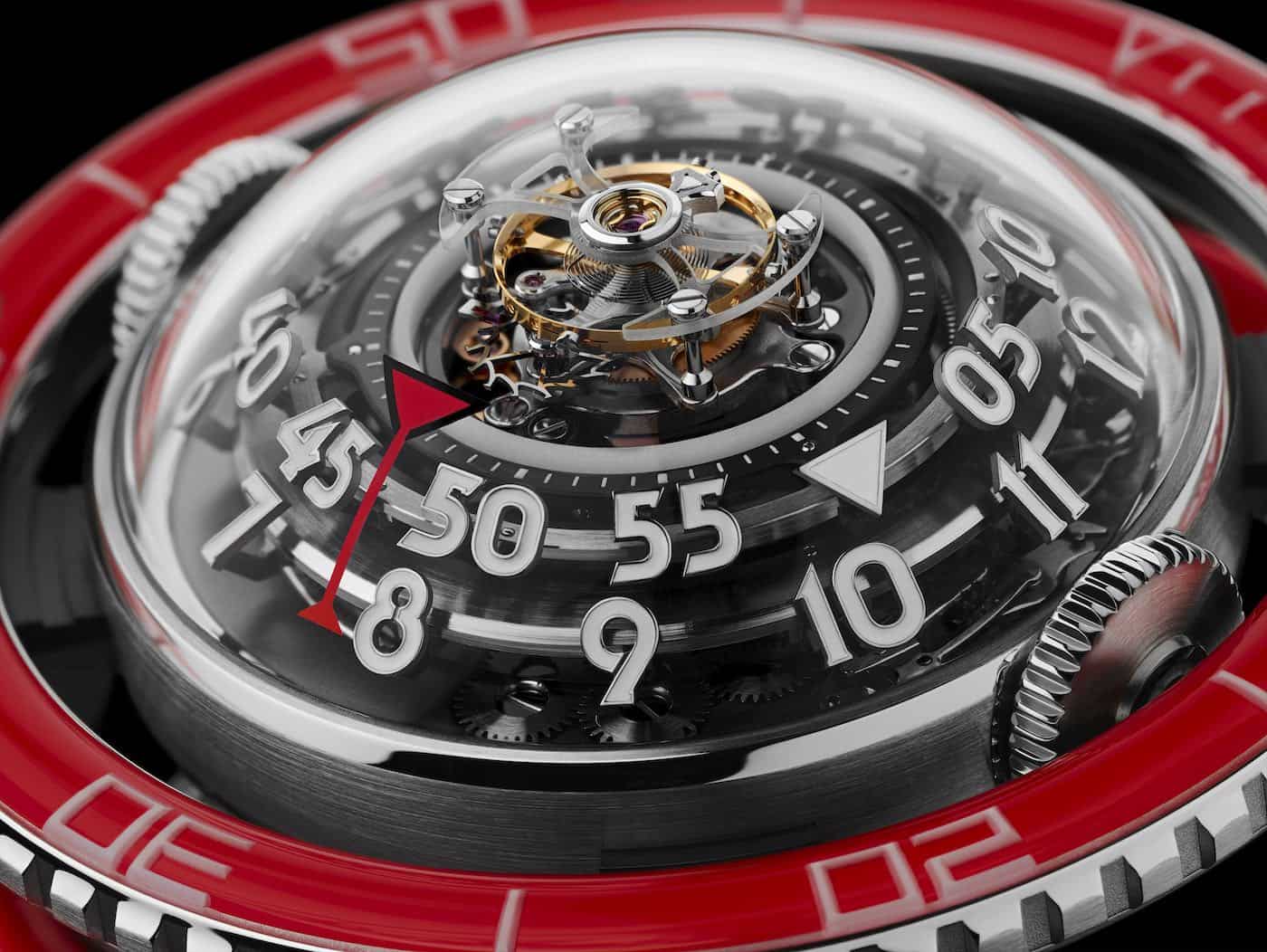 The MB&F HM7 Aquapod Platinum Red comes with a bright red bezel from sapphire crystal unlike its past brothers who all used ceramic. The sapphire perfectly integrates with the domed bubble through which the tourbillon in the center of the watch is visible. The tourbillon bridge itself is sapphire as well, making for a more transparent look of the watch, which after all resembles a jellyfish.

The numerals have gotten a new design. While the other watches in the range have used printed rings to display the time, the new MB&F HM7 Aquapod Platinum Red uses titanium machined 3D Arabic numerals impregnated with Super-LumiNova. We have to admit that they are simply stunning.

The straps available for the new watch are in red, black and white, with platinum folding buckle. The price of the watch rises to a cool $165,000. 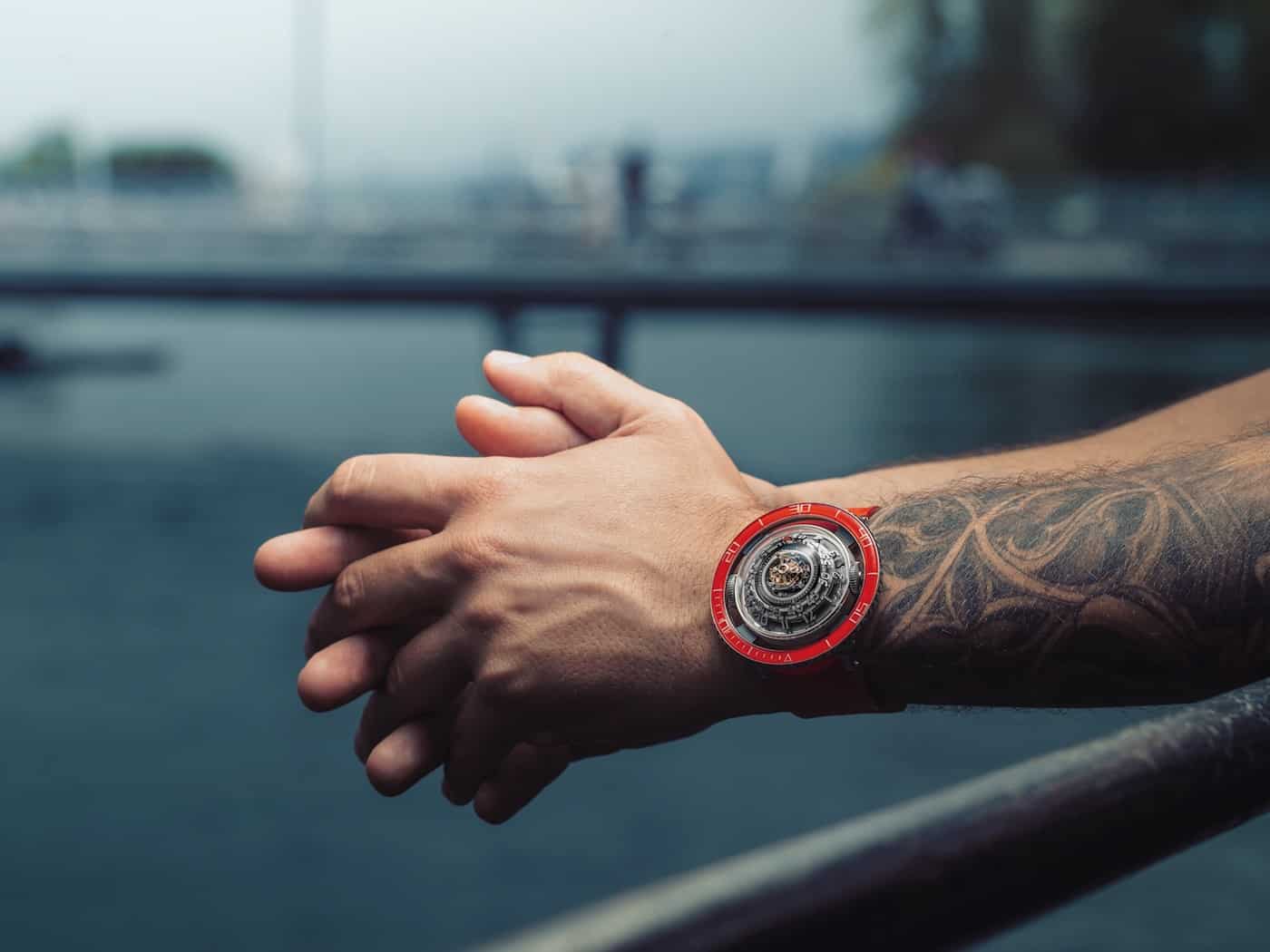 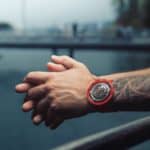 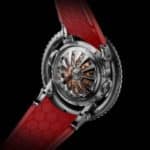 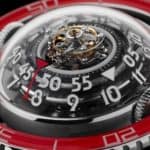 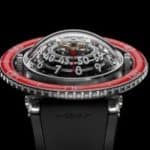 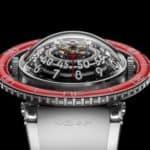 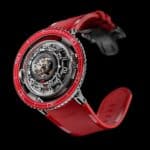 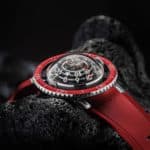 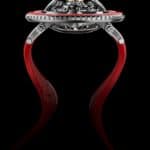 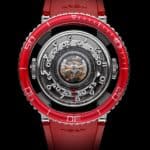 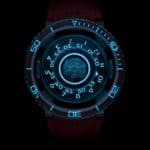