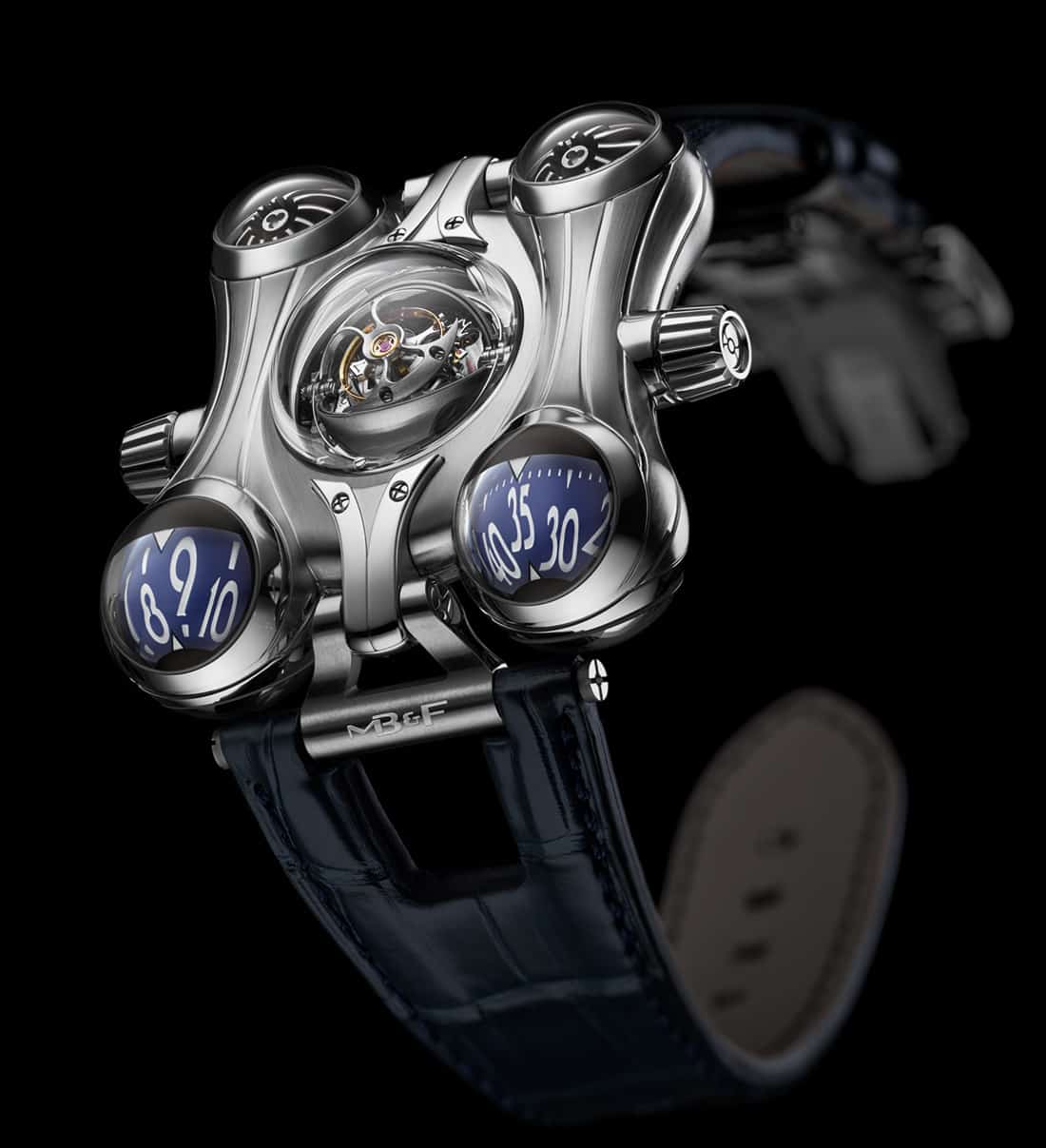 When MB&F introduced the HM6 Space Pirates Titanium series back in 2014, the world was all over that incredible alien-looking timepiece. The Swiss watchmakers promised they will produce only 100 examples of such an unusual movement. Recently, they’ve released the final eight, in what’s called the MB&F HM6 Final Edition watch.

The super complex movement of the watch features the same flying tourbillon with a very uncommon time display. There are two spheres which face the wearer, one indicating the hours and the other indicating the minutes and two opposing ones, which are mobile as well, but non-functional and only serve an aesthetic purpose. 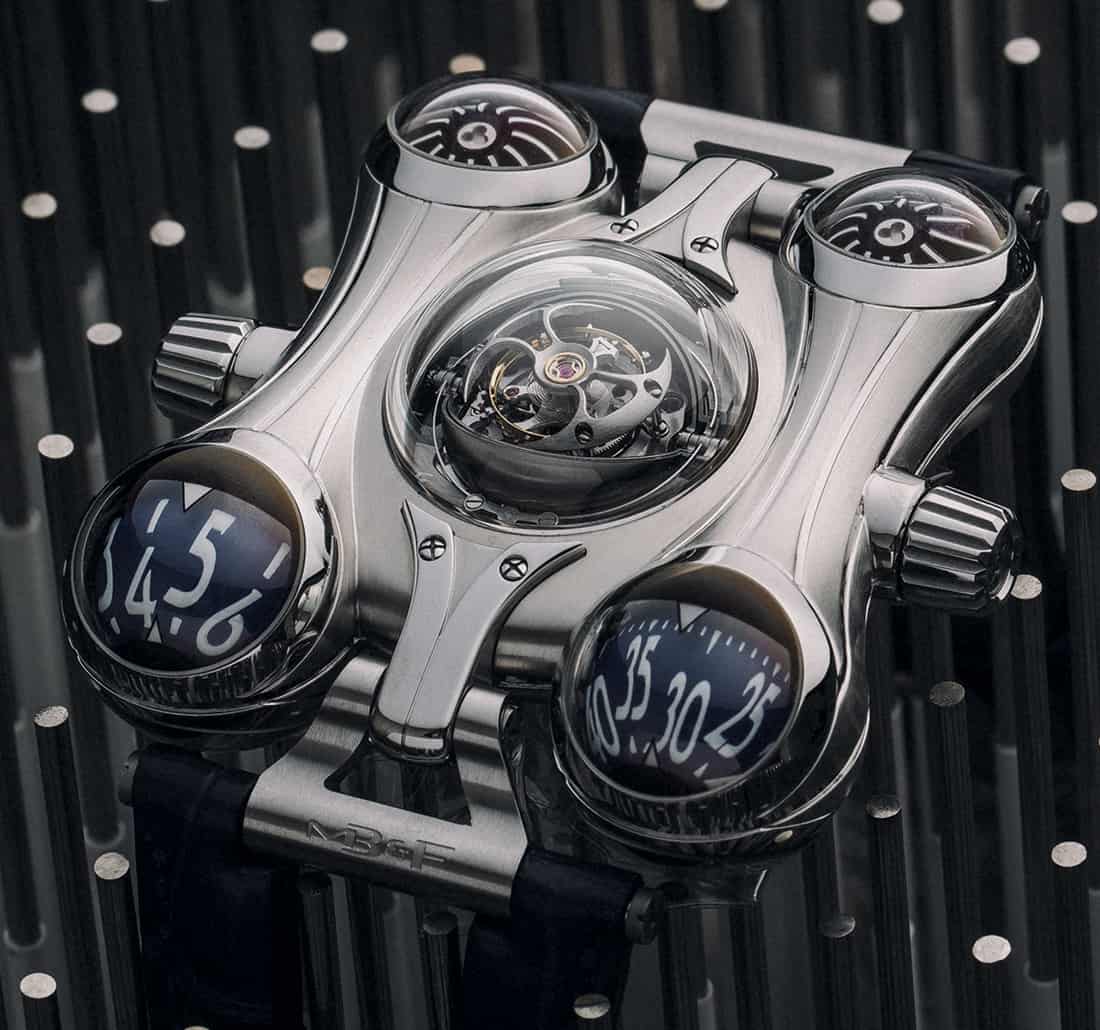 The watch features an automatic 2.5Hz movement with a total power reserve of 72 hours. This amazing, limited-run timepiece is also comprised of no less than 475 high end components encased in a stunning 49.5 mm wide, 52.3 mm long and 20.4 mm thick “biomorphic” shaped case.

After titanium, red gold and sapphire crystal, the MB&F HM6 Final Edition comes in plain steel, a material so rarely seen in the high-end luxury watch industry that the company amuses itself by referring to it as a “very rare metal”, making their watches seem more exotic.

The price on the other hand doesn’t seem to suggest anything about steel, rising to the astonishing $215,000. It seems that MB&F bets their chances on rarity instead. 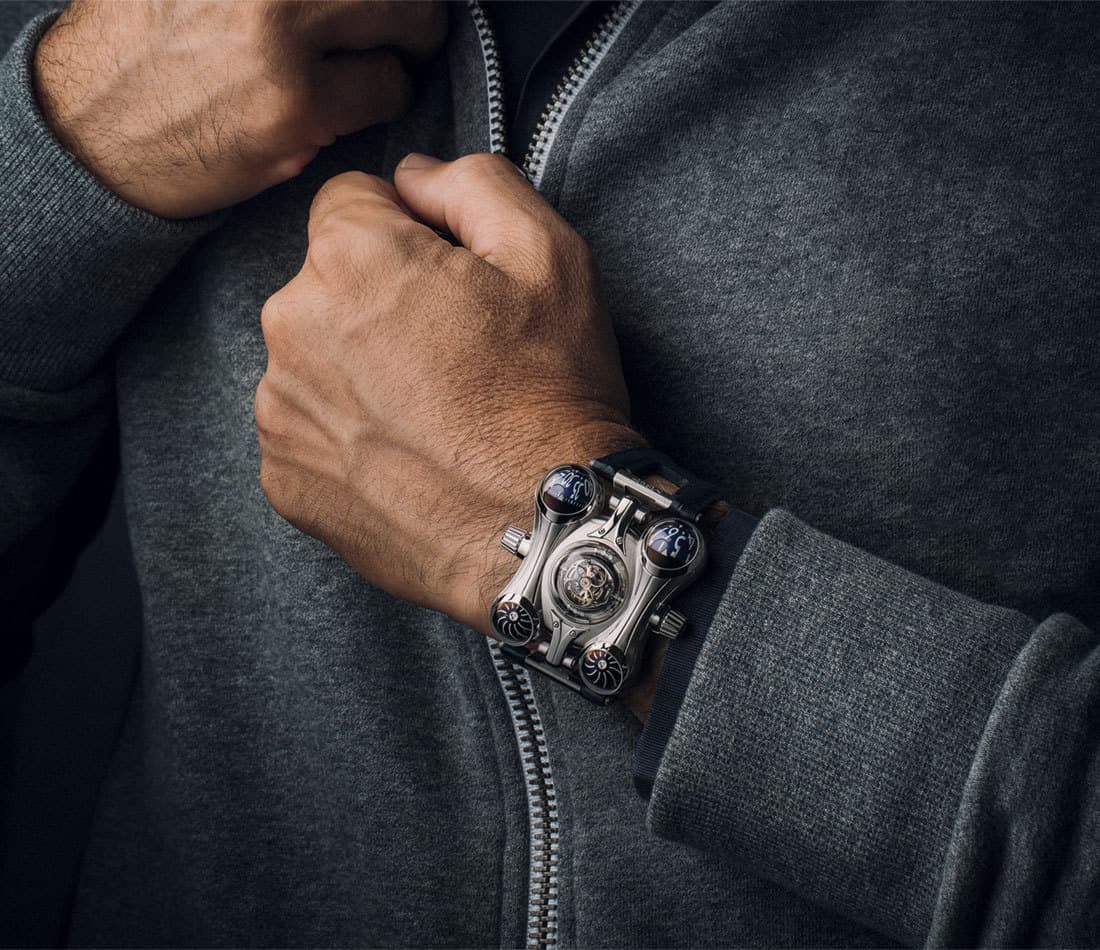 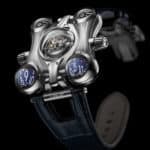 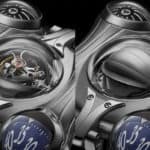 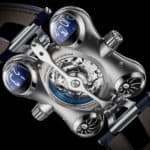 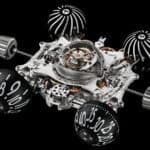 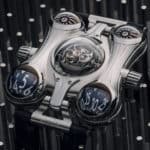 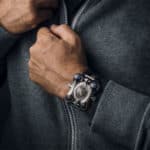 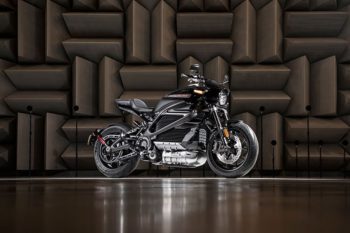