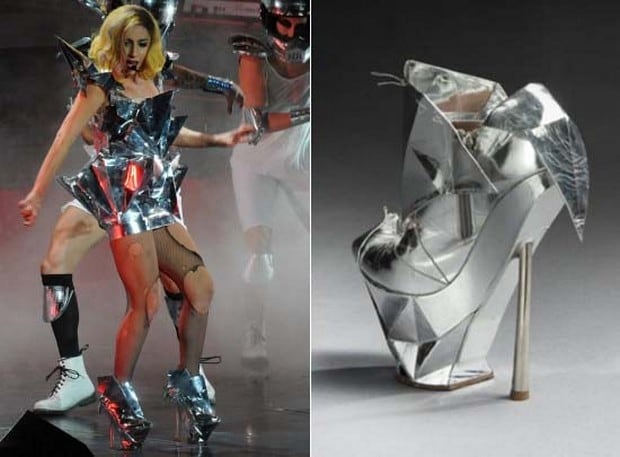 Joining the list of the world’s most expensive celebrity memorabilia we now have the shoes that Lady Gaga wore during the Monster Ball Concert Tour concert at Paris’ Palais Omnisports de Bercy, in December 2010. She has thrown a single one into the crowd, and that particular shoes has finally emerged, after two years.

Currently on the 3rd concert tour, The Born This Way Ball, the extravagant lady, born as Stefani Joanne Angelina Germanotta, has worn the Emporio Armani-manufactured shoes during the aforementioned concert. She wanted to express her gratitude for the public’s enthusiasm by throwing a shoe into the crowd, even though she briefly mentioned, after doing it, that “Mr. Armani is probably going to kill” her.

The shoe has thankfully resurfaced for auction at the Drouot Richelieu auction house, in the heart of France, Paris. It will reportedly garner around $6,000. This sparkling footwear is in fact a silver-colored platform shoe with a mirrored stiletto heel, crafted from specially manufactured metallic leather with intricate cutout details.

The Italian fashion designer has crafted the shoe exclusively for Lady Gaga as part of the sale at the auction firm Cornette de Saint Cyr’s 5th L’Homme et son Univers (in English – Man and his World). The same auction will also feature an Hermès Birkin bag which was once part of the wardrobe of the acclaimed French socialite Hermine de Clermont-Tonnerre, a Smythson writing set previously owned by Marilyn Monroe and a fedora hat once worn by the King of Pop, Michael Jackson. 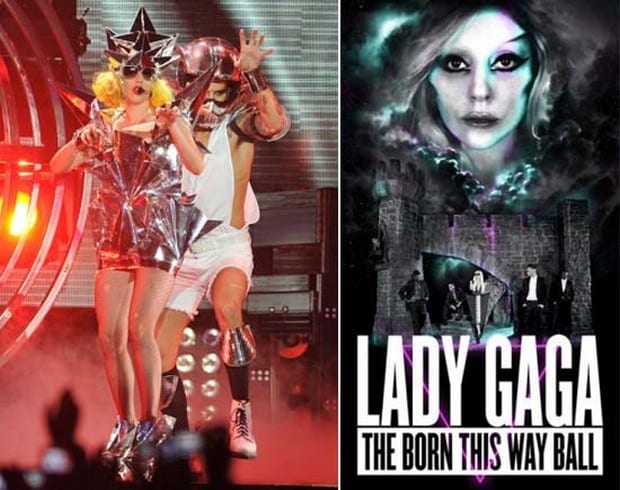