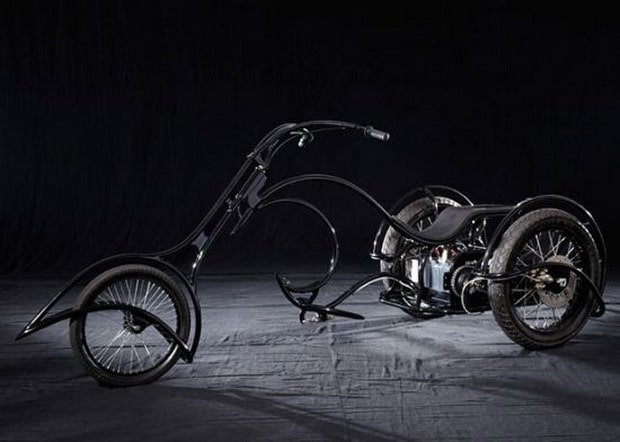 The latest creation of the New York artist Josh Hadar is a beautiful solar electric three-wheeler that can reach an impressive 45 mph. Josh has made a name for himself designing wild bicycles and motorized bikes as radical as they are beautiful.

The new electric trike is powered by a Mars Electric motor which produces 4.8 kw (6.4 horsepower) continuous and 15 kw peak. The three wheeler also features an Alltrax programmable controller and the gear ratios were tweaked to rein in this electric motor.

Four 12 volt lead acid batteries give the E-trike a range of up to 30 miles but the designer says he could double the range with a lithium nano-phosphate battery pack. Power comes from a 750-watt array of six solar panels mounted on the roof of Hadar’s studio which means this trike is totally green.

This solar electric three wheeler features a carbon-steel frame, a 20″ front wheel and 26″ wheels at the back and it measures 8.4 feet. 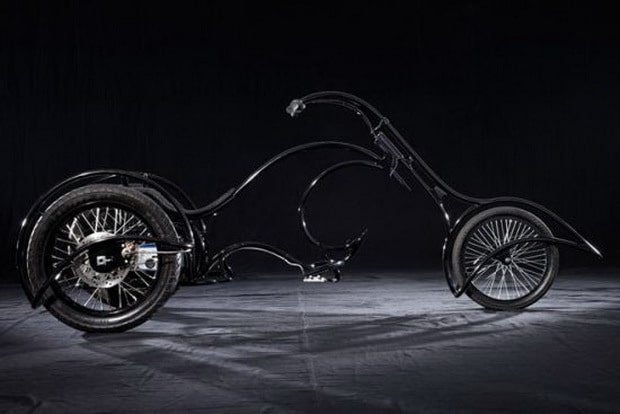 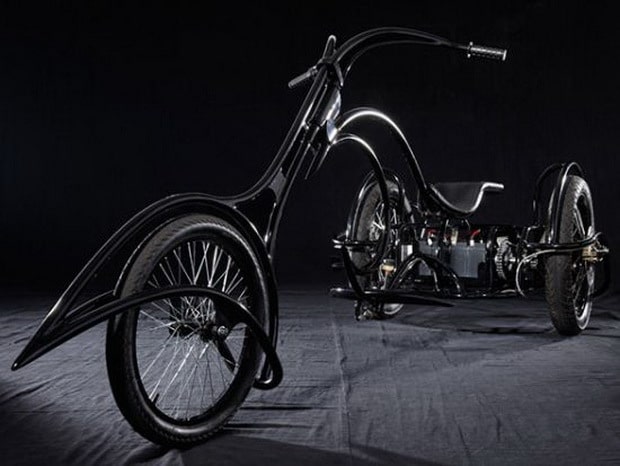 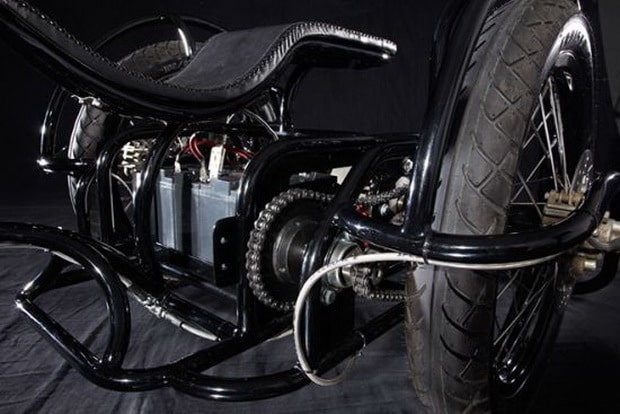