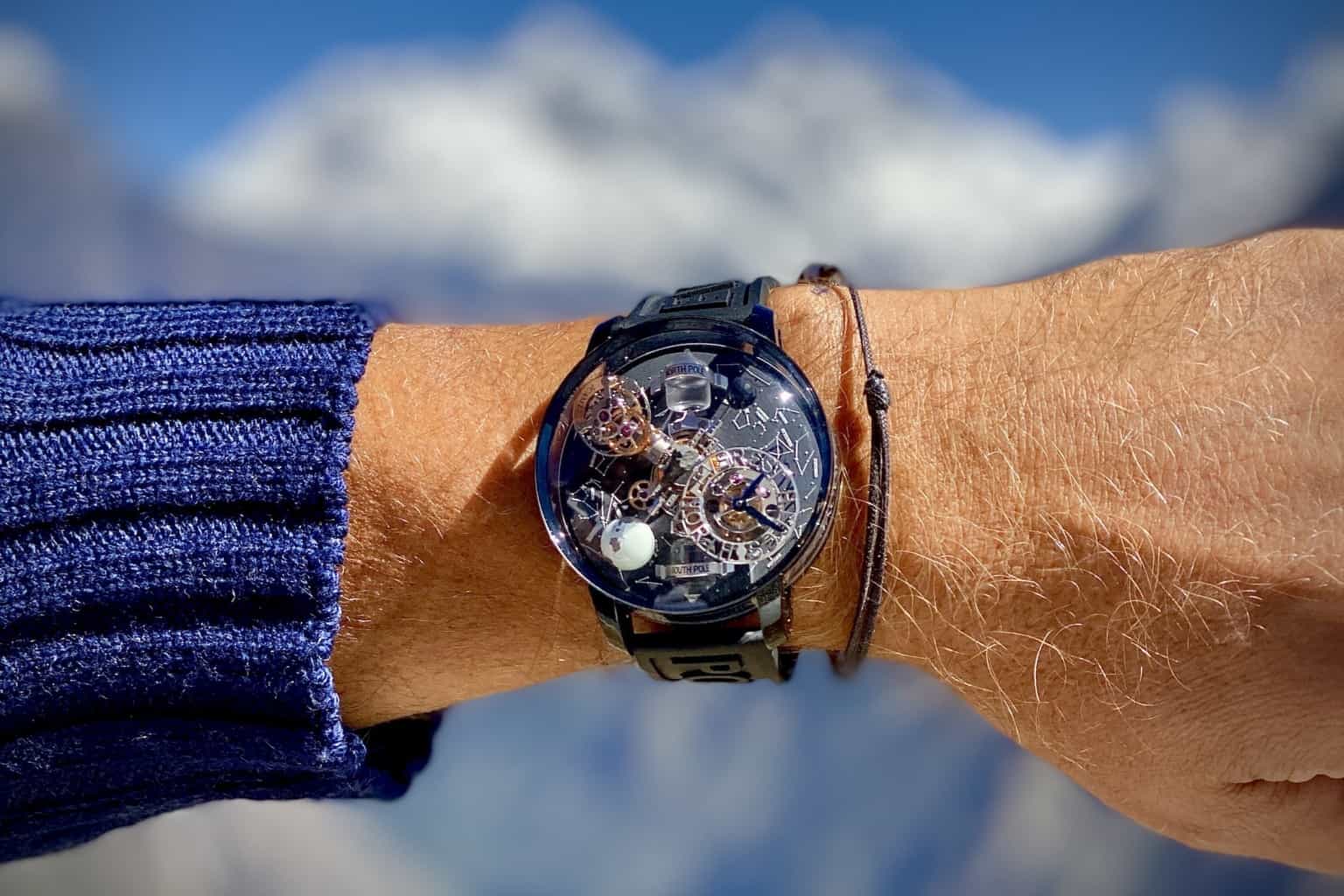 Jacob & Co. has taken the world by storm once again with the incredibly complex Astronomia triple-axis tourbillon watch and its outrageous design.

The Astronomia Solar, the Octopus, or the Gravitational model have shown the versatility of this fabulous timepiece, but there’s a new player in town, the Astronomia Everest, that literally took the brand to new heights. 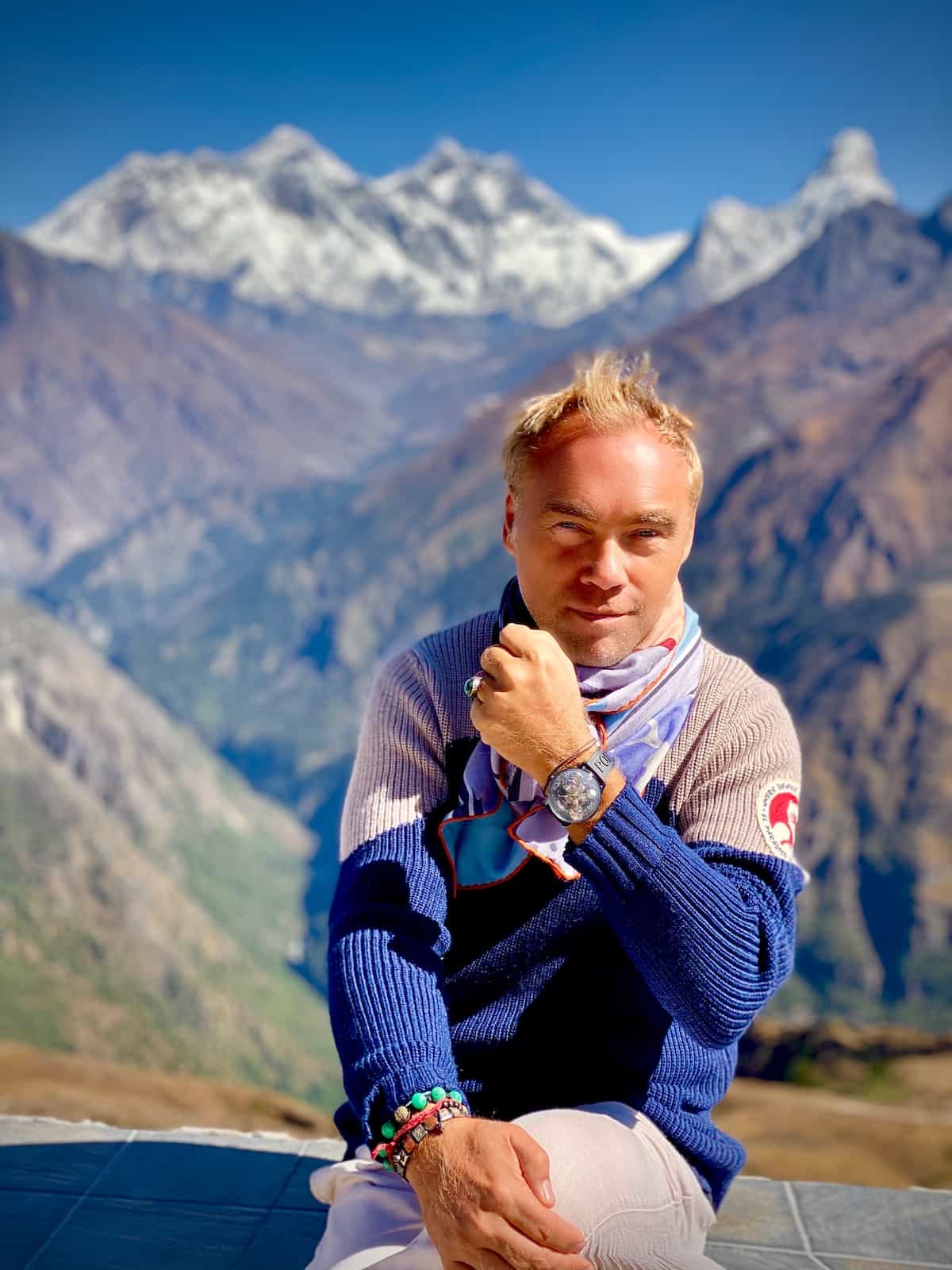 Considering that the explorer has climbed the Seven Summits, visited 172 countries, and went to some of the most remote places on Earth, this spectacular watch – once considered a utility accessory, later becoming a fashion statement – required a durable and strong design – feel free to think about climate-related problems.

Following a collaboration with Nilson, Jacob & Co. went all out and created this fresh take on the Astronomia, that aims to remind us all of the importance of a clean environment and a green planet. 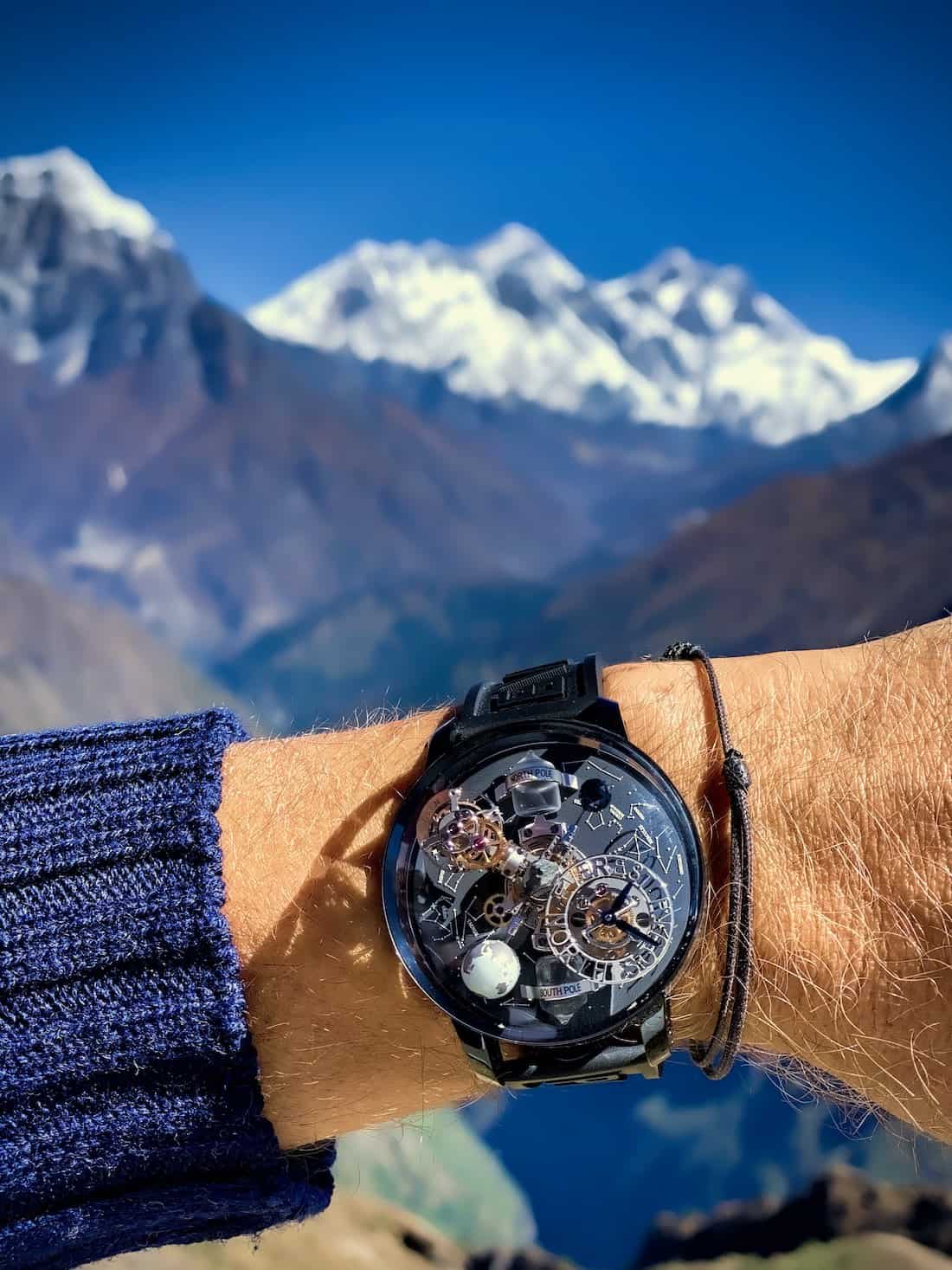 Starting from the Astronomia Sky, the Astronomia Tourbillon Three Poles/Everest movement has been custom designed to feature a piece of Mount Everest rock on top, thus making sure that anyone – well, not just anyone – will get to come close to what some climbers consider holy land.

Climbers also have to battle the elements, not just their fitness levels and limitations while struggling to reach the summit of Everest.  This is why two capsules contain water from the North Pole and the South Pole, collected by the man himself – Johan Ernst Nilson. 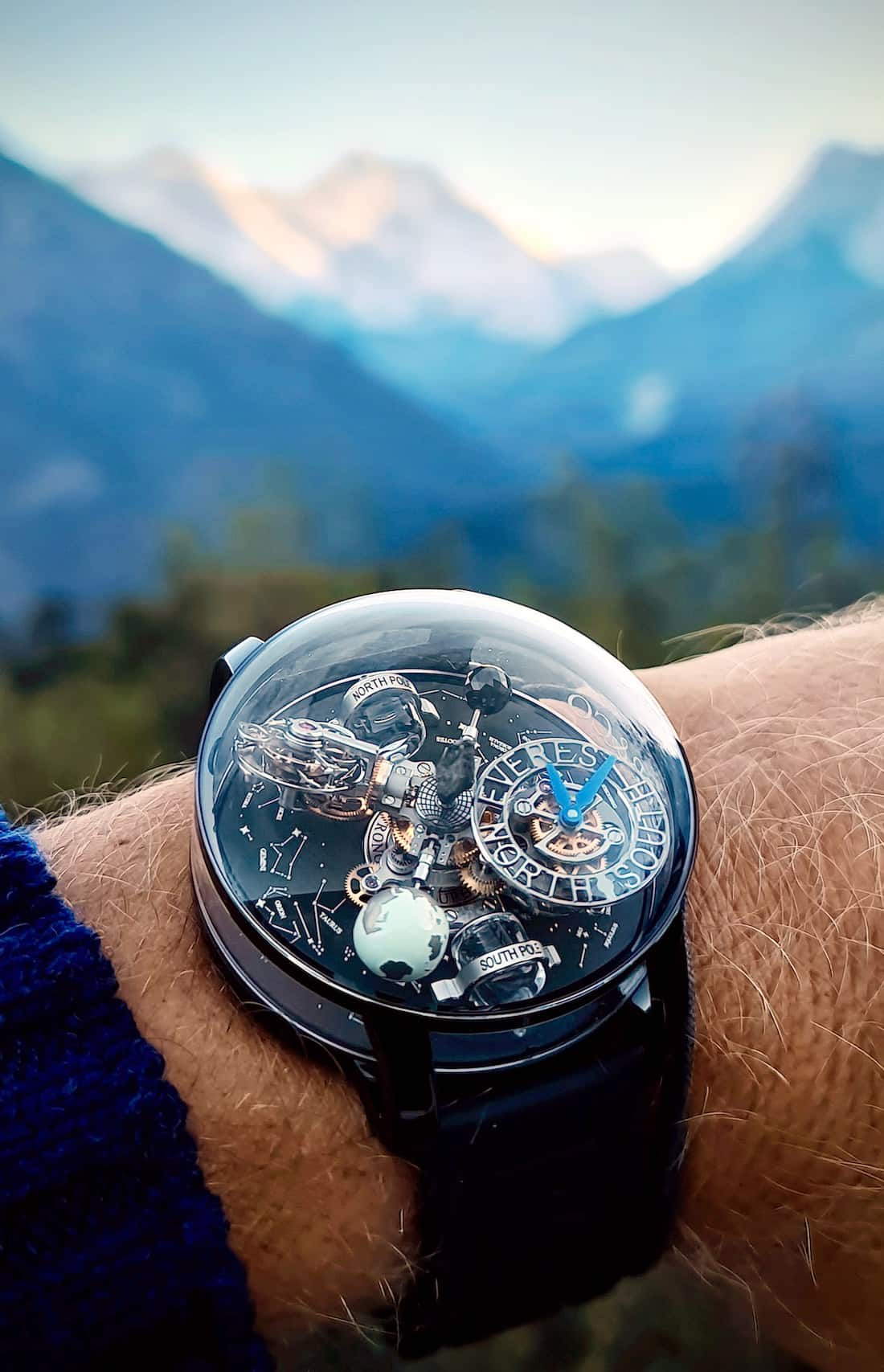 The Jacob & Co.’s Astronomia Everest will be released in only two limited editions, with a total of 24 pieces being available for purchase. Twelve pieces come in black gold with a black Celestial Vault and the other 12 will be finished in white gold with a blue Celestial Vault.

But before we’ll tell you the price, let’s focus on the impressive technical details of this new Astronomia iteration.

A sapphire dome hides a 1-carat Jacob-cut diamond (or black sapphire) rotating Earth globe with luminescent oceans, as well as a stunning openwork dial. The latter allows owners to savor Everest, North, and South captions as a tourbillon rotating on two axes in 60 seconds and 5 minutes, respectively, adds to the overall mesmerizing experience. 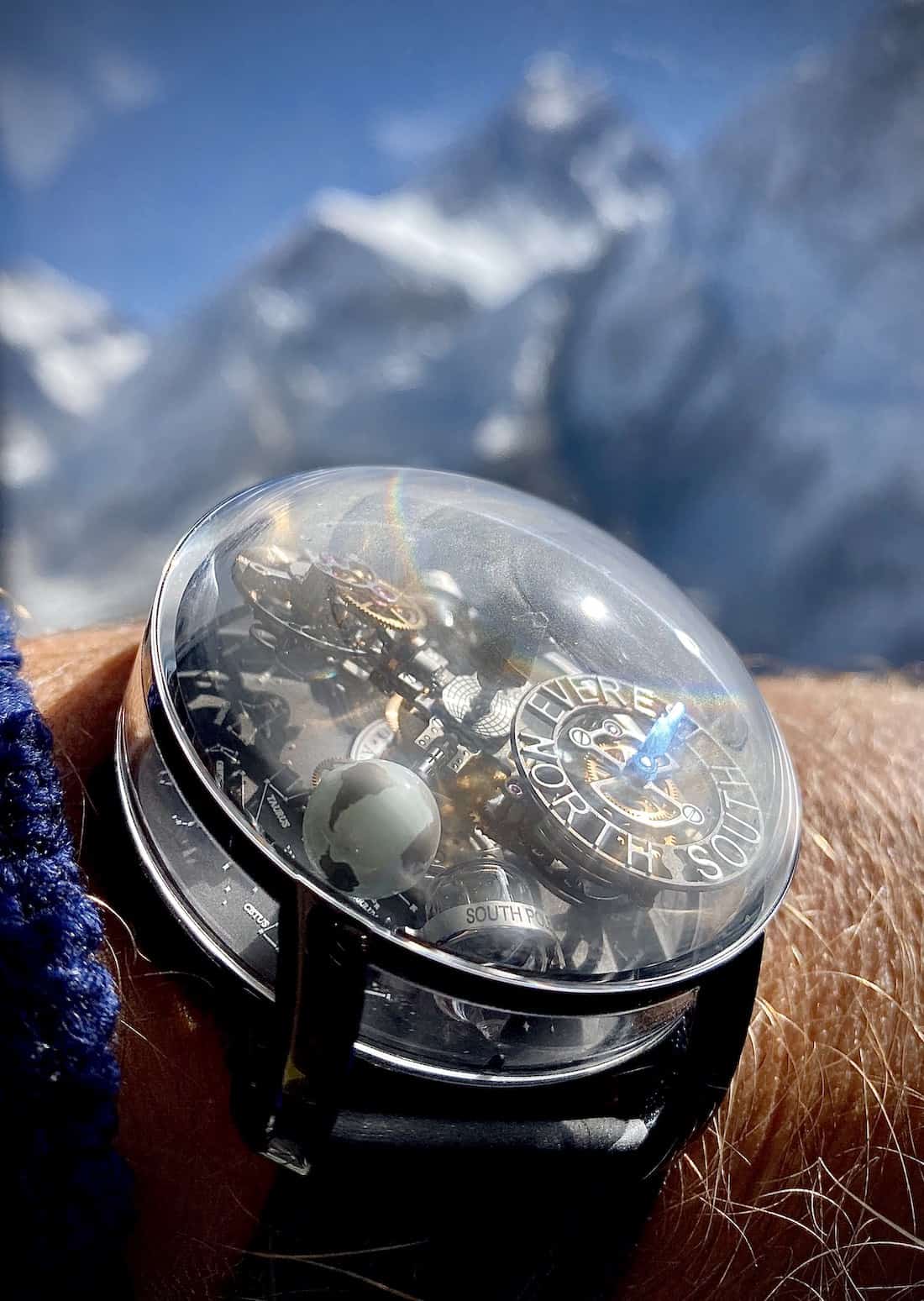 Just like the other versions of the Astronomia, winding and time-setting are performed via two lift-out rotating “bows” at the back of the case.

Boasting a 47-mm case, black or white gold, water-resistant to 30m, the watch brags about a hand-wound Jacob & Co. JCAM25 caliber, a 60-hour power reserve, and the ability to outlast most of the other watches on the planet. Sitting on Nilson’s wrist, while at 6,200 meters and in -30 C degree extreme conditions, this watch performed perfectly. 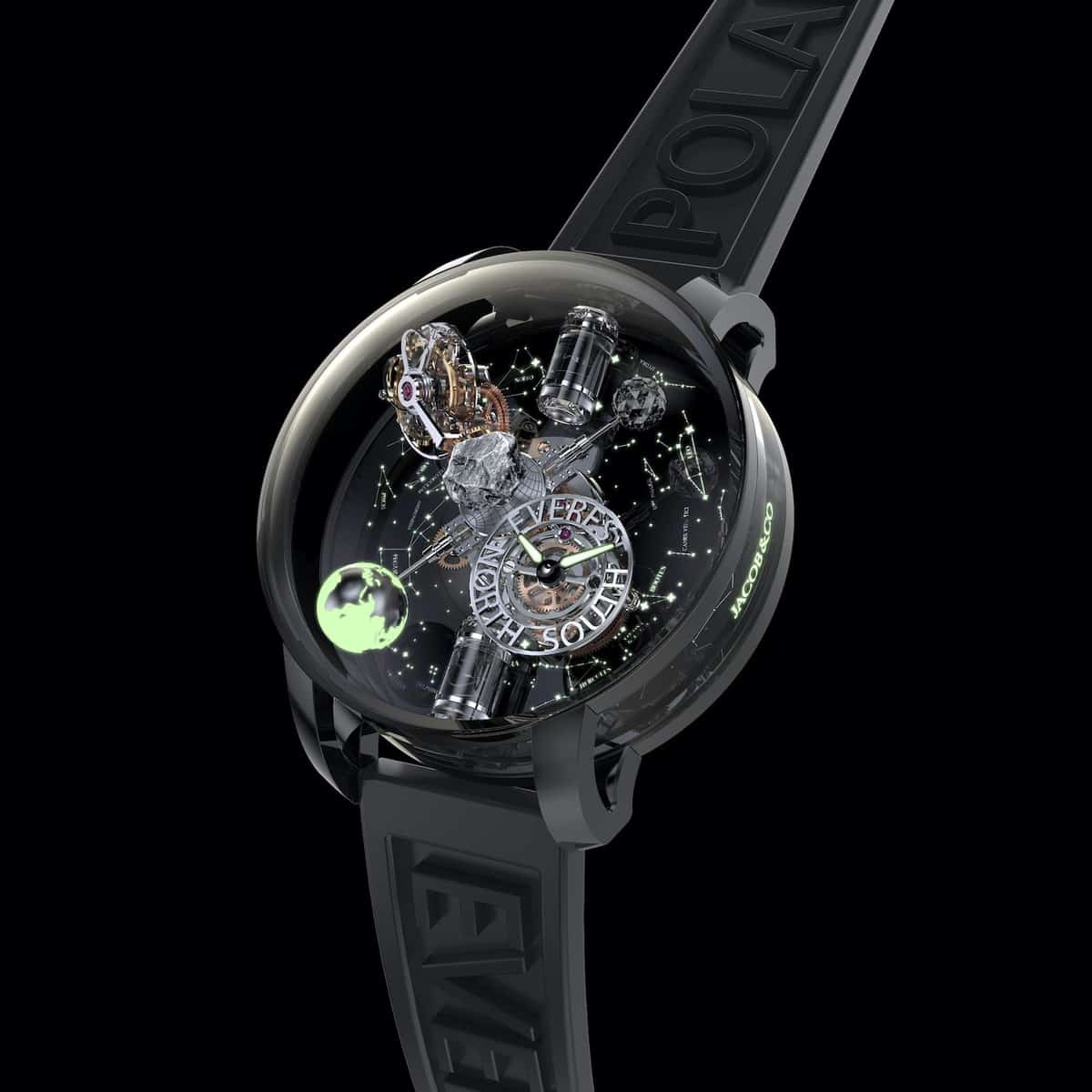 Speaking of wrists, the Jacob & Co. Astronomia Everest will handle its business with the aid of either a glowing or dark rubber strap fitted with a gold buckle matching the case.

Now, it all comes down to the price: this extraordinary watch is priced at $884,000 and 10% of the purchase costs will be donated to charity, which is always a great idea. But, we also have to mention that each unit of the Astronomia Everest includes an expedition with Nilson, by helicopter, to the place on Mount Everest where the rock was found. Can you handle that? 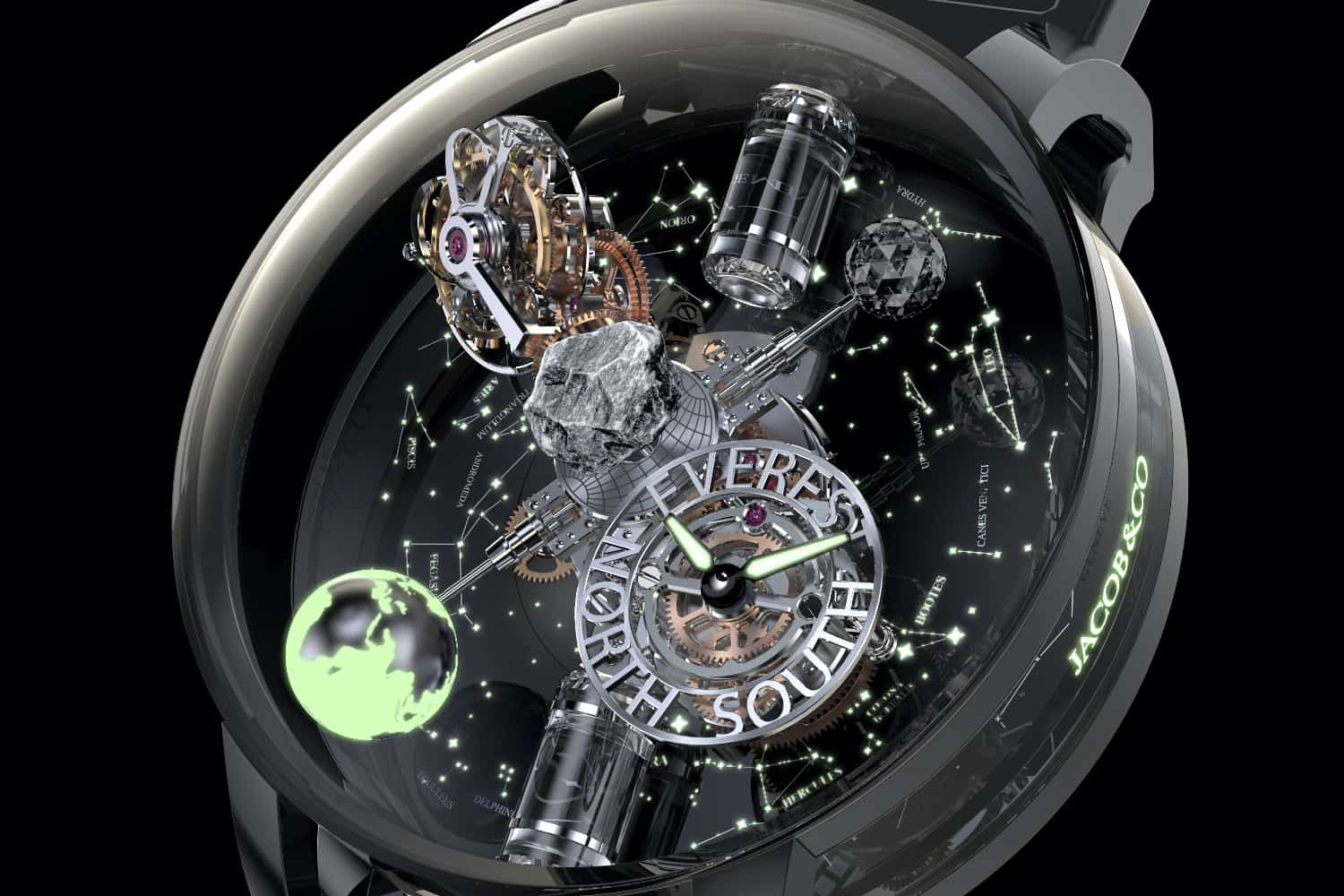 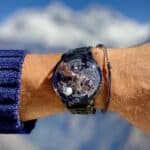 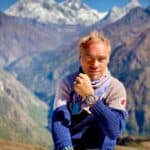 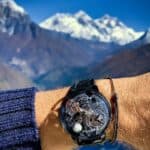 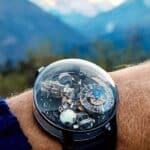 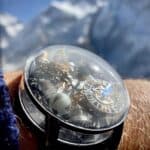 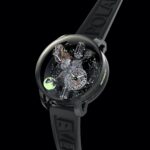 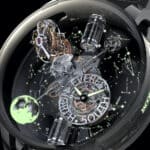