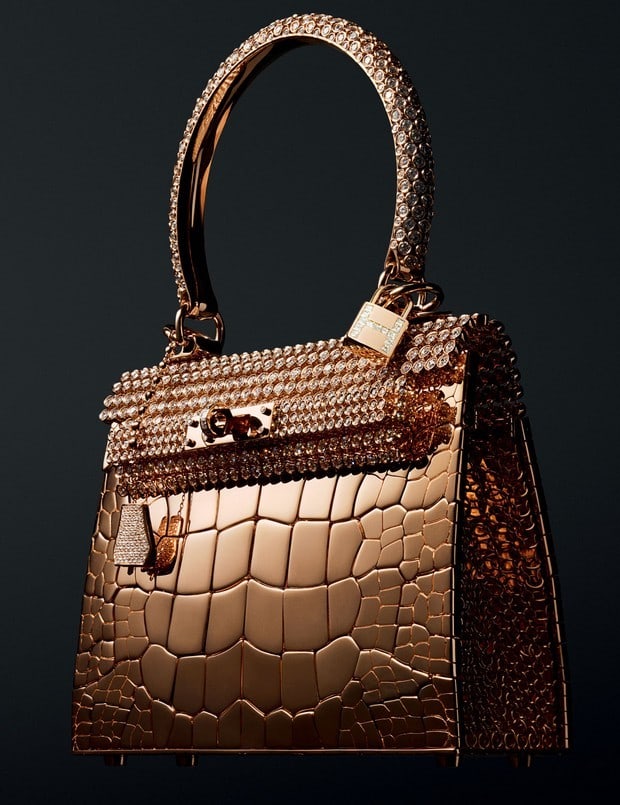 If you thought luxury cars and apartments are expensive, just check this out! These days, even stylish women’s purses have known humongous prices, especially those created by Hermes, renowned for their expensive handbags. In addition to their elder Kelly and Birkin handbags, they’re now presenting four new luxury handbags, each of them valued at $1.9 million.

Reportedly, they’re currently “the most expensive handbags in the world”, these miniature totes are actually high-class jewelry, crafted from gold and encased with a lot of gems. Smaller than their predecessors, this bag series features purses that can be almost considered bracelets.

Apparently, their bodies seem to be made of leather, in fact those impressions are given by rose gold scales put together to resemble the respective leather. Furthermore, the bracelet strapping features thousands of individually-crafted diamonds and gemstones, these being the main eye-catchers. Pierre Hardy assumed the task of putting them together; the task took him two years of hard work.

In terms of practicality, these handbags are totally not for wearing in public. In fact, a thief, if stealing a bag like this, would probably throw away the money in it and keep the purse. After all, they’re worth $1.9 million each.