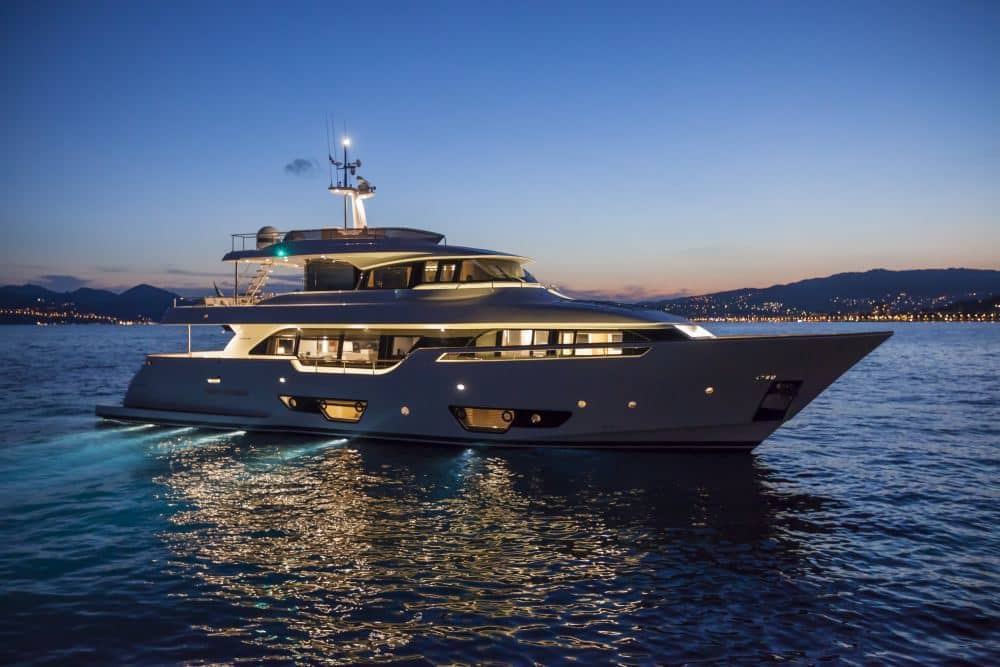 Another beauty from Custom Line’s semi-displacement series, the Navetta 28 is a blissful yacht which can accommodate up to 12 guests in six luxurious cabins, three double and one twin and two VIP cabins, all filled with natural light coming trough the yacht’s massive windows.

Ferretti Group and Custom Line teamed up with the in-house Centro Stile and Studio Zuccon International Project for the design of this yacht, which takes a lot of cues from its big ‘sister’, the Navetta 33 Crescendo. Navetta 28 had its official debut at the last Cannes, Monaco and Genoa boat shows, impressing everyone with its sleek design and bespoke interior. 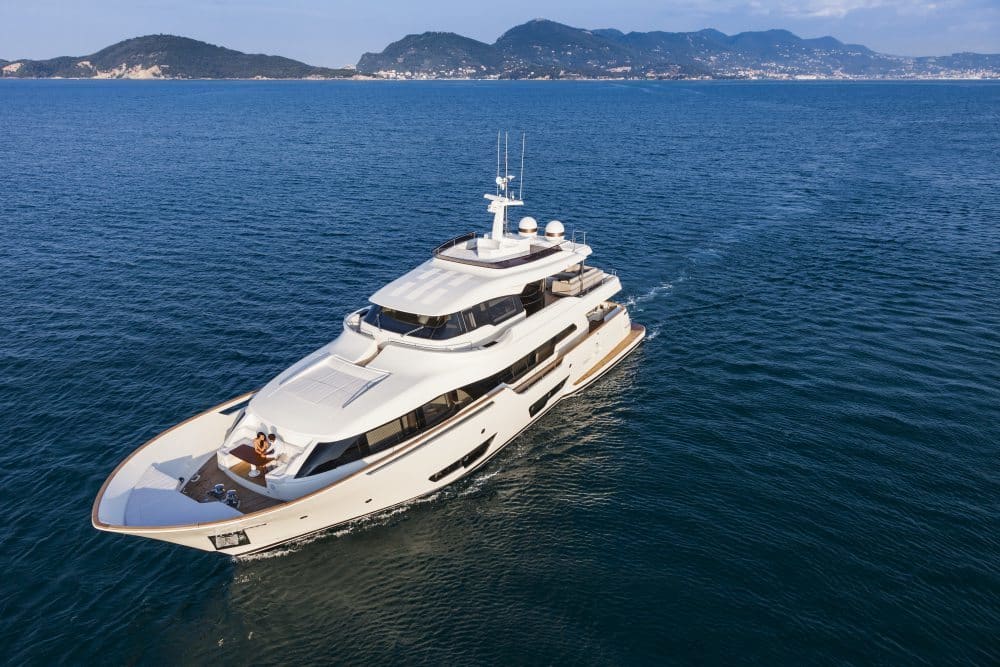 The future owners of this yacht could customize it as they want it, with the brand offering almost anything. Inside the main deck for example, you can set up a bar area with two seats, a bottle rack and an icemaker if you want to turn this place into a cocktail area. On the main deck you’ll also find a cozy U-shaped sofa, facing a low cabinet and an armchair.

From here you can take a look at the massive TV screen, that’s installed in the ceiling and could be available in sizes from 46 to 55 inches. The salon has a beautiful luxe-feel, thanks to the LED lights built in lacquered wood planks and tasteful decorations. 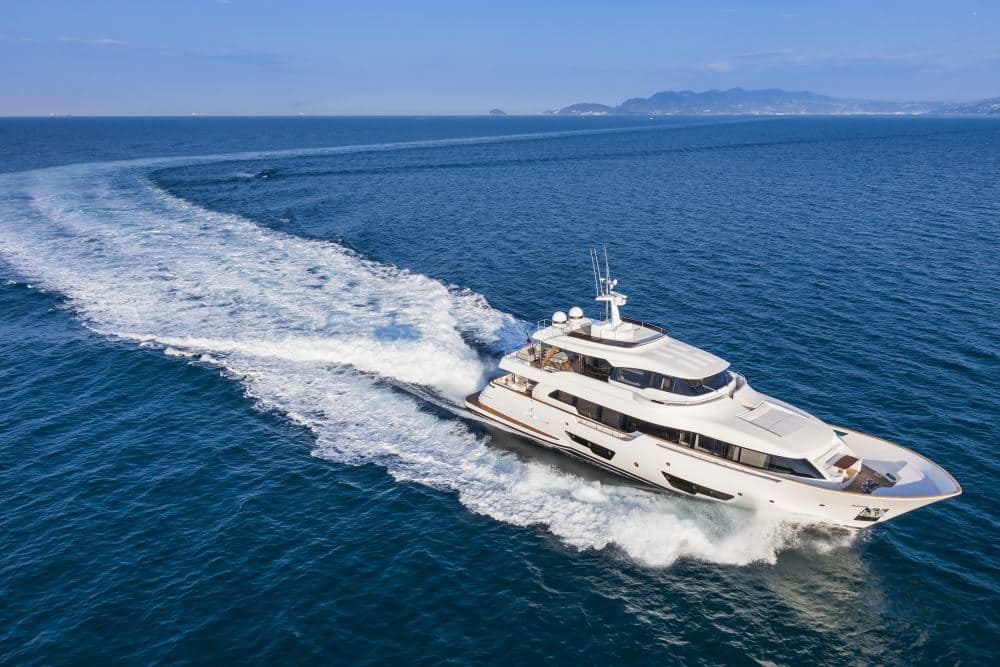 At the starboard you can access the galley where you’ll find all the household appliances you’ll need, including a side by side refrigerator and a small area to take a snack. When you go down to the lower deck you’ll enter a center lobby with a mirroring wall and a wide storage cabinet, which leads up to the four guest cabins.

Next, on the upper deck, you’ll fall in love with the panoramic dining area with a circular sliding glazed door that separates it from the outdoor areas. Outside, the yacht comes with a wide sun deck that could be even fitted with a Jacuzzi and an awning upon request. 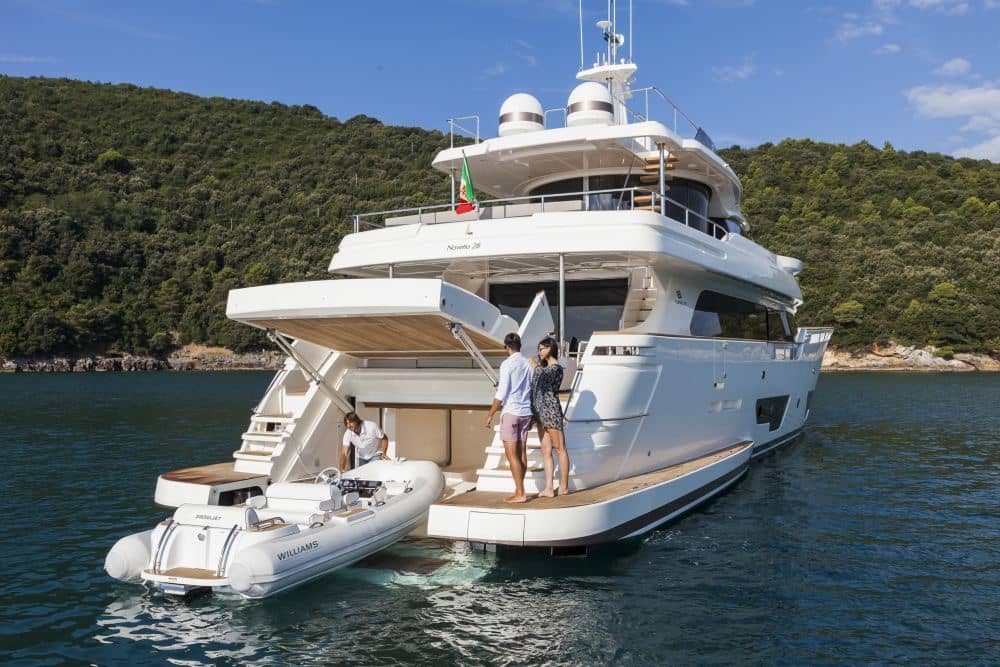 In terms of performances, the Navetta 28 is powered by two massive MAN V8 1,200 hp engines, which could take this sleek yacht to a cruising speed of 13.5 knots and a top speed of 16 knots. At this cruising speed the yacht could do 400 to 650 nautical miles but if you go on an economic speed of just 10 knots you could eve do 1,250 miles with this beauty. 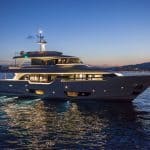 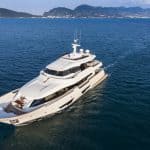 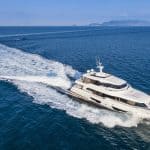 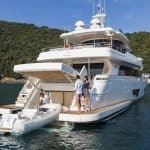 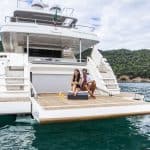 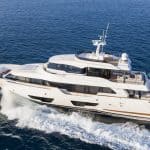 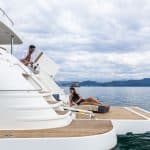 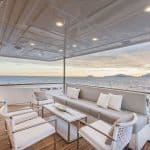 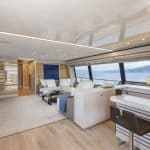 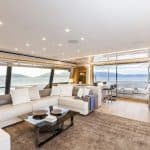 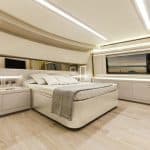 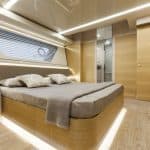 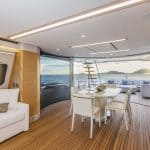 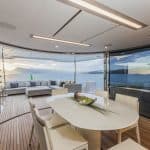 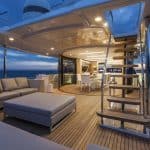 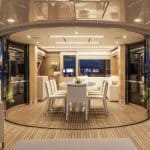