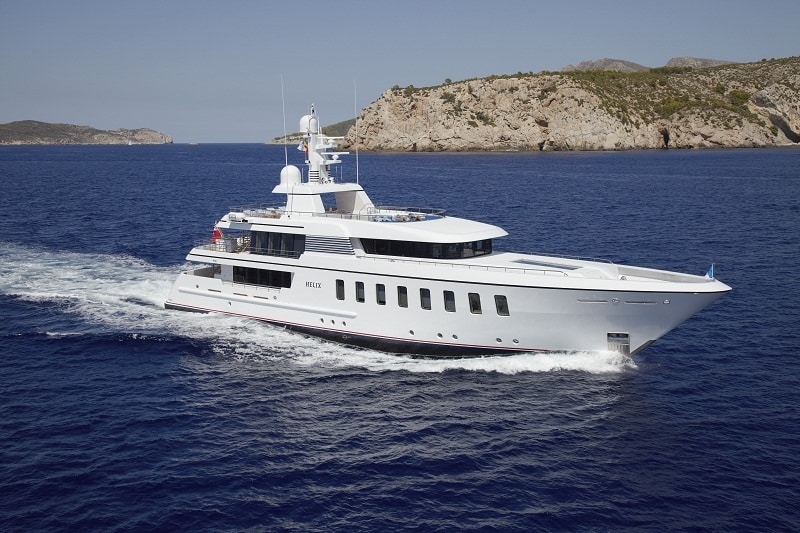 All yachting enthusiasts have heard of Feadship and their impressive collection of naval creations. They have now presented their fifth F45, called “Helix”, sumptuous machinery, with stunning looks and brand new technology. The Helix has a long and complicated history behind it and has successfully exceeded our expectations, as all Feadship’s designs did.

The 45-meter yacht was designed by De Voogt Naval Architects and Sinot Yacht Design, in Holland’s famous Royal Van Lent shipyard. The ship isn’t based on extravagant designs or eye-catching to weird details. It lets out a feeling of modesty, elegance, yet sportiness.

The yacht is easily placed on the lists of those who know the business, inspiring security and feeling on its wings. The problem of cabin-layout is easily solved on this yacht, though the placement of the guest rooms on the main deck will make one think that the lower duck won’t be used by these at all. Thus, Feadship are starting to set new standards and to innovate designs.

The access to the lower deck is easily made through the main deck pantry. A total of twelve guests can be hosted on the yacht, in a convertible private-office, five state-rooms, three double-cabins, three twin-cabins and the luxurious owner’s room.

The yacht comprises many clever innovations, among which is the fact that the upper deck saloon is classified as outdoor space, due to its fully-openable glass doors on three sides. Therefore, the yacht is classified under the 500 gross tonnage category. 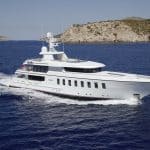 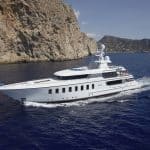 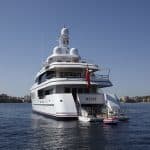 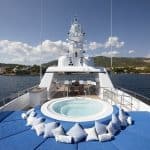 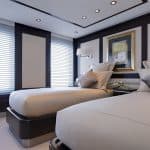 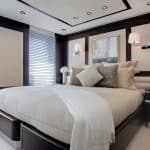 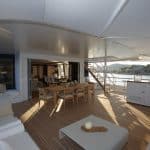 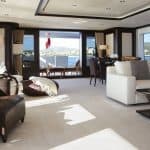 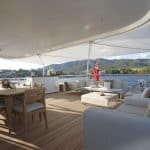 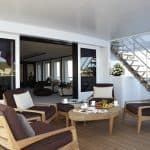 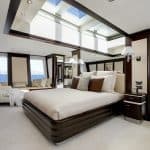 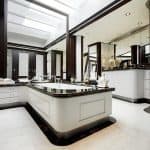 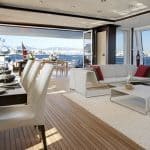 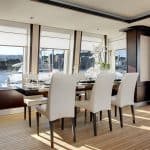