Self defense is a field not many people think about, let alone are trained in, but those select few who are actually trailed know how important it is to have even a small advantage in fending off an attacker should the moment arise. That small advantage can be the training itself, or even a piece of gear that can be used for defensive purposes.

A tactical pen is such an item, mostly overlooked or unheard of, but one that can prove to be very useful in certain situations. It will at least help you jot down your thoughts on a piece of paper. The tactical pen is a hard piece of writing gear machined from various tough metals, made to withstand abuse and small enough to easily fit in your pocket, belt or wherever you may feel like carrying it.

There are all kinds of gear that can be included in an EDC (every day carry), but there are a few essentials that should never miss from anyone’s inventory, and one of those is a pen. And why not a tactical one, which serves a double purpose. Should you decide for one, we’ve comprised a list of the 10 best tactical pens to buy in 2019. 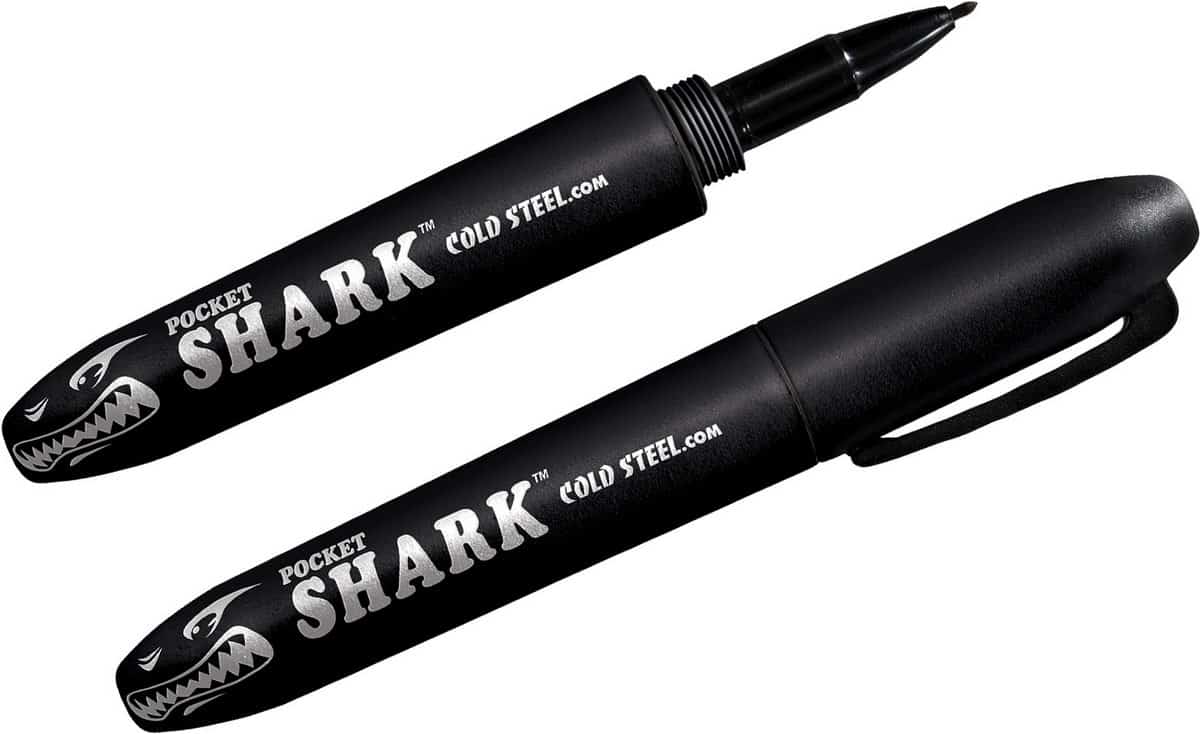 You all know the ubiquitous Sharpie. Now what about a tough version of the Sharpie we know, one that’s ready for anything? That’s exactly what the Cold Steel Pocket Shark Tactical Pen is all about. It’s not a ballpoint pen, but one with a felt tip and a body made from high-impact polymer to make it lightweight, ultra durable and ready to give you an edge in a self defense situation.

Given the really low price of $8, there’s no reason not to have a Cold Steel Pocket Shark Tactical Pen on you at all times. Maybe only because you’re not a Sharpie type of guy. 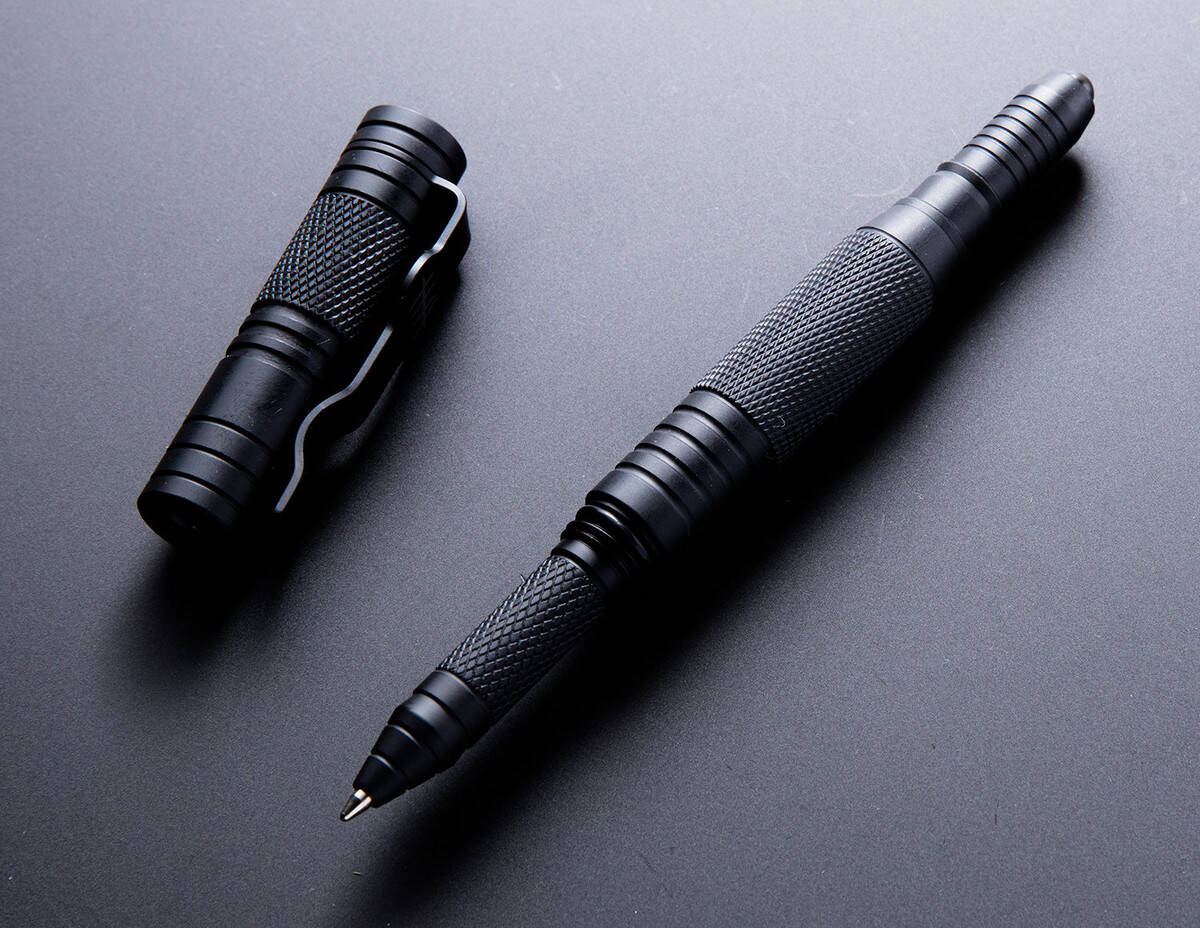 The Hardcore Hardware TWI-02 Tactical Pen was created for military, law enforcement and public safety personnel whose daily jobs require highly functional, mission-ready tactical gear to get them through the day.

The TWI-02 is the company’s flagship tactical pen, made from non-reflective anodized aluminum, with a knurling on the shaft for better grip, a steel pocket clip, Fisher Space pen ink refill compatible and a glass-breaking tip made from steel. The price is a bit spicy, but it’s a worthy piece of gear which can last a lifetime. 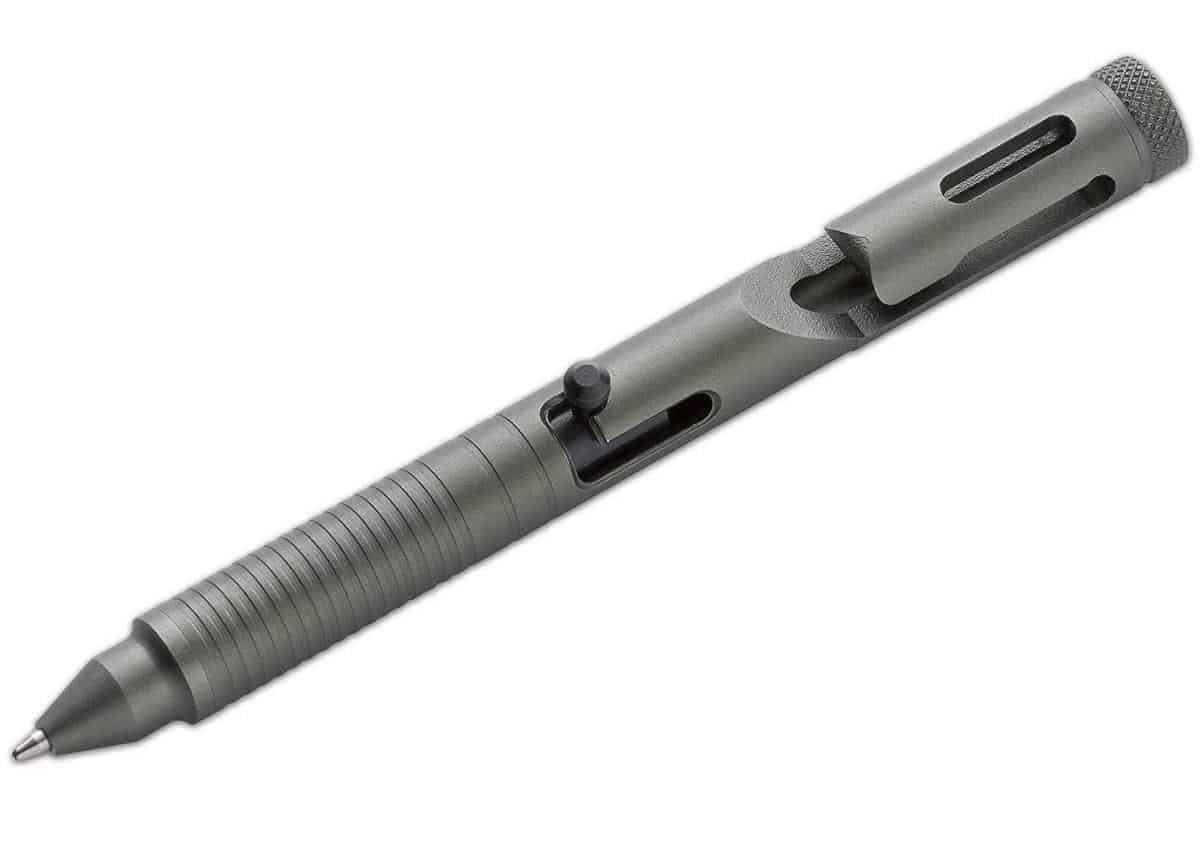 From the famed German knife maker Boker comes the Boker Plus Bolt Action Tactical Pen, a piece of gear that takes a more interesting approach to tactical pens by providing bolt action mechanics for opening and closing of the pen. It’s at least an interesting way to spend boring hours at work between staff meetings and reports to fill.

The pen is made from a hard-coat anodized aluminum body, with an integrated clip for smooth attachment and drawing to and from any pocket. The grip comes with a flat notched grip head for no-slip thumb placement during tactical use. Its price may be a little higher than most other tactical pens, but it’s a good one. 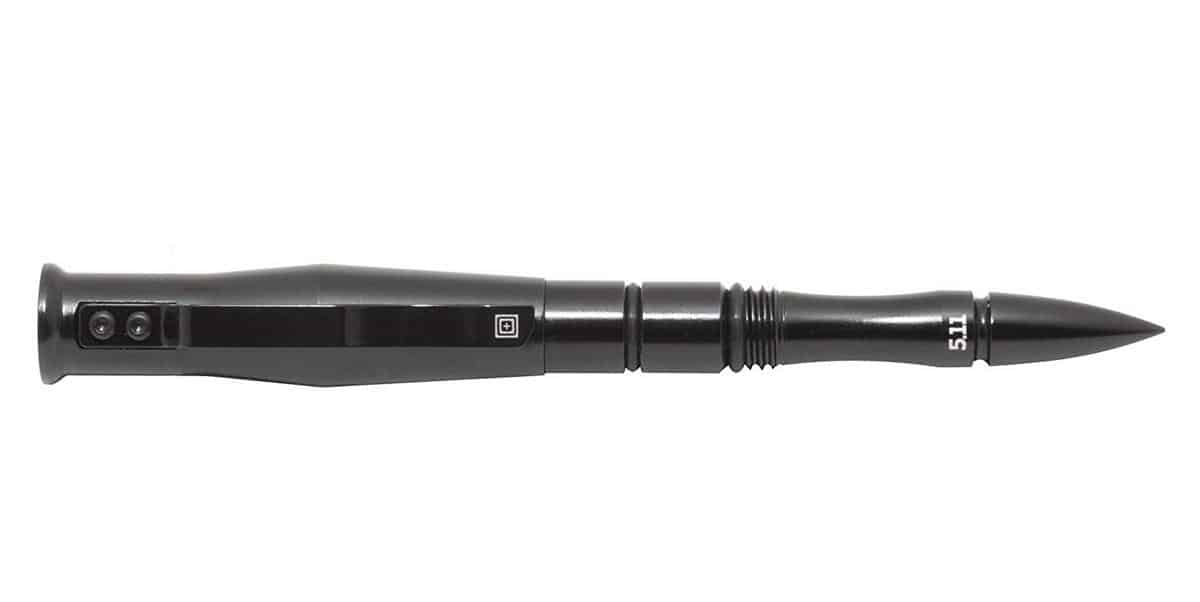 While 5.11 may be known for various other tactical gear, they’ve got a nice option for those operatives who need a good pen in the field as well. The 5.11 Double Duty 1.5 Tactical Pen features a body machined from aerospace grade aluminum, with a superb matte black finish.

Its construction makes for a decent self defense weapon, with a knurled grip for easy handling and a sharp pointy end for impaling possible attackers. The price rises to a decent $76. 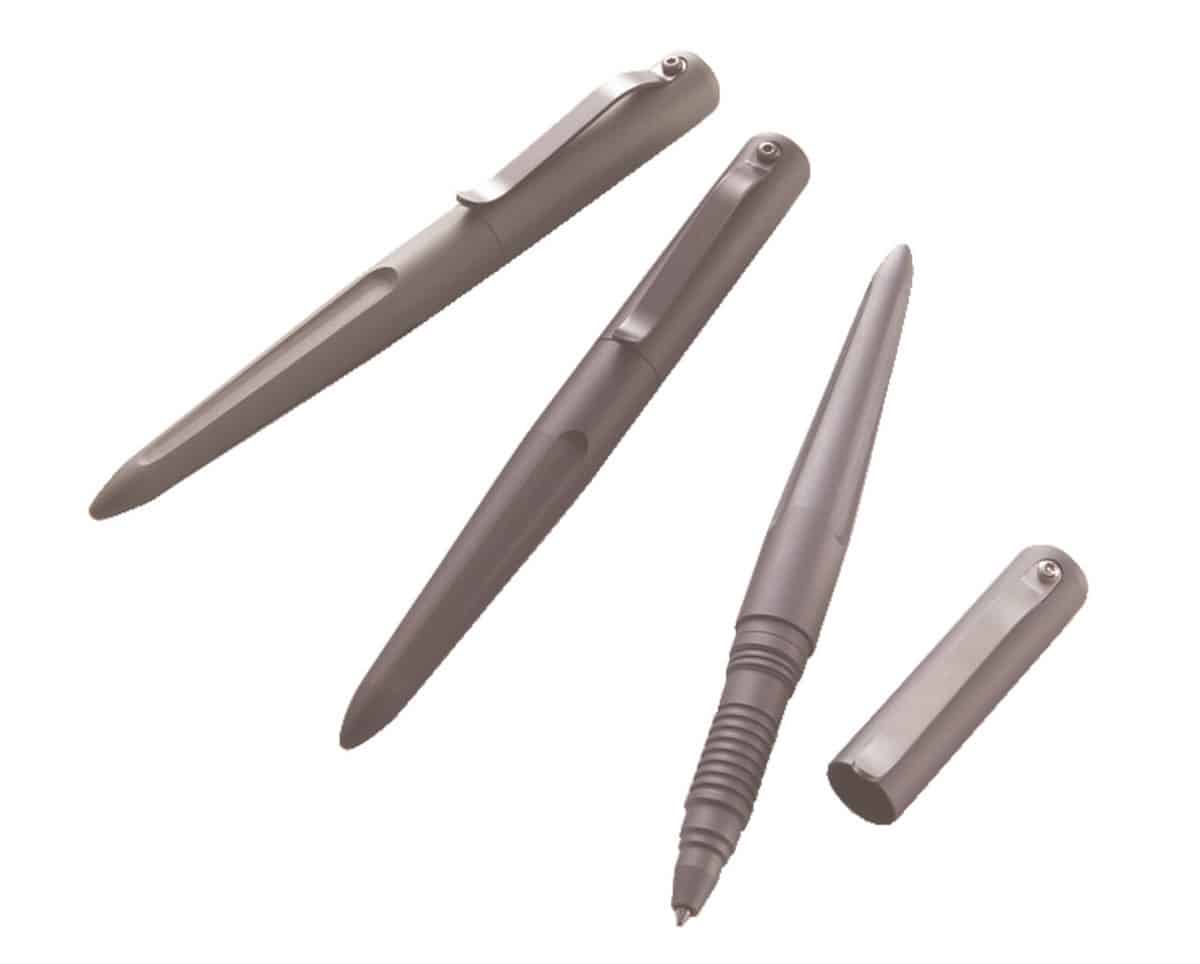 Very discreet and going under the radar as a simple everyday carry writing tool, the Mil-Tac TDP-1 Tactical Pen is probably the best option when it comes to concealment.

Extremely lightweight at only 1.2 ounces but with a sturdy aerospace grade aluminum construction, the pen is a tough tool you can rely on in shady situations. And at $89, the price isn’t too bad as well.

After the huge success he had with the first CRKT’s Williams Tactical Pen among tactical personnel, James Williams, the pen’s creator, decided to rethink it and make it even better.

The new version was made even subtler but at least as able to pack a punch should the need arise. Compatible with the famed Fisher Space Pen pressurized refills, the CRKT Williams Tactical Pen 2 can write anywhere no matter the position. Underwater, upside-down, zero gravity, it doesn’t matter. Though it doesn’t look as aggressive as others, the pen is tough enough for self defense purposes. And the cost is as good as it gets. Only $36.

Legendary firearm manufacturer Smith & Wesson has decided to create a tool that fires no bullets, but instead uses words and is able to provide a minimum of protection in a self defense situation. The Smith & Wesson Tactical Pen With Stylus boasts a body machined from 6061 hard anodized aluminum, with black pocket clip and hard sharp tip for protection purposes while also being thought for smartphone and tablet use through its screw cap with integrated stylus.

The design provides a good grip and fits perfectly in hand, all the while being tough enough to withstand high intensity impacts. With a price tag of only $26, the Tactical Pen With Stylus from Smith & Wesson is a superb EDC piece of gear. 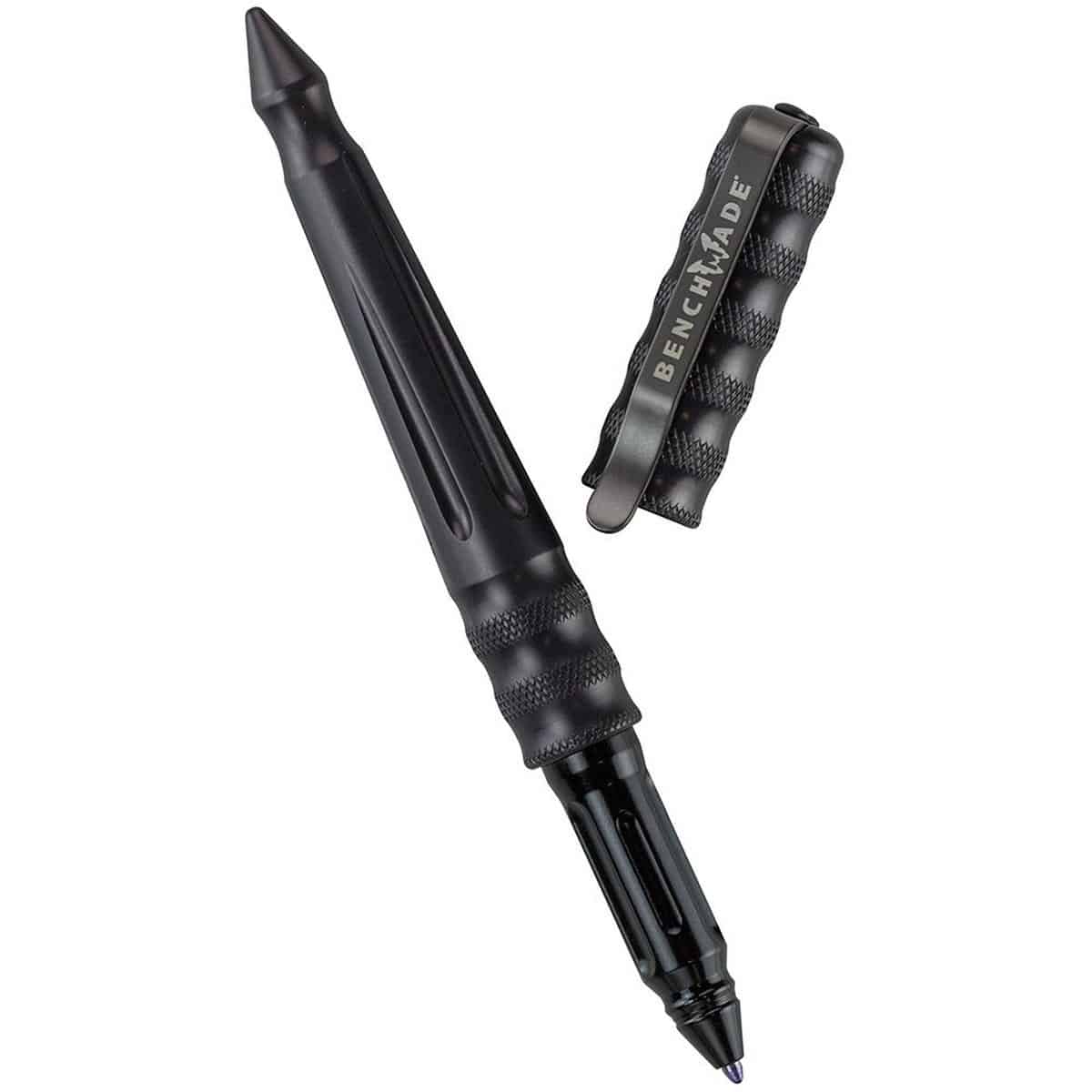 The Benchmade 1100 Series Tactical Pen comes with a slightly different design, with an aluminum impact tip at the end disguised in a ballpoint and the real pen hidden away under a click-on cap.

The pen utilizes the legendary Fisher Space Pen pressurized ink cartridge, so you can write with it anywhere from deep underwater to outside the Earth’s gravity. It features a sleek and sturdy body, which inherits some good traits from a company that does some superb knives. The price is higher than most other pens on this list, but you sure get what you pay for. 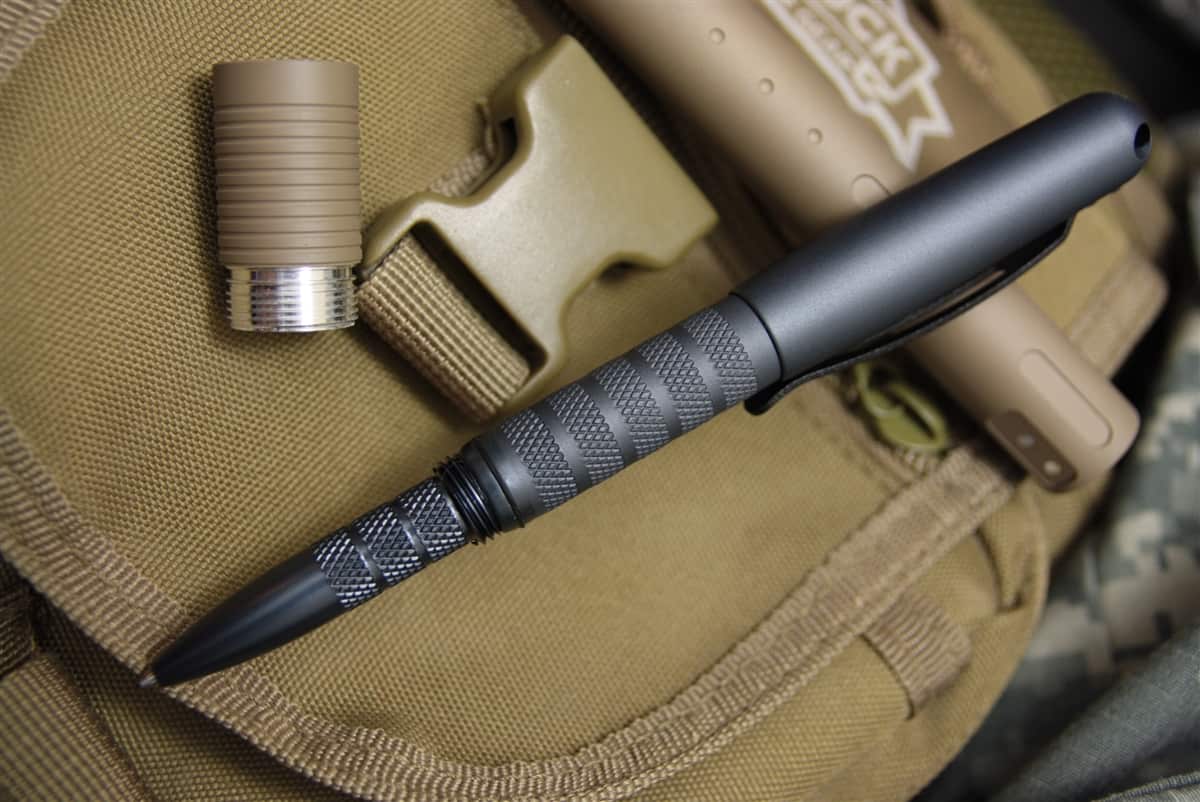 The TuffWriter Operator Series Tactical Pen appeared from the need of various military personnel and tactical operators for a pen that can be used in any kind of conditions. The pen was built to operate between -30 and 250 Fahrenheit, and withstand a pressure of 750 PSI before starting to break. Given that and its sharp rounded end, it can be used for self defense purposes.

But that’s not all. TuffWriter Operator Series Tactical Pen can be used as a stylus as well and has a low slip grip, a powder coated clip and a non reflective and non-marking surface treatment. It’s highly functional, ultra-durable and very stylish piece of EDC gear at the same time. It’s also in the middle on the affordability scale, with a price tag of $95. 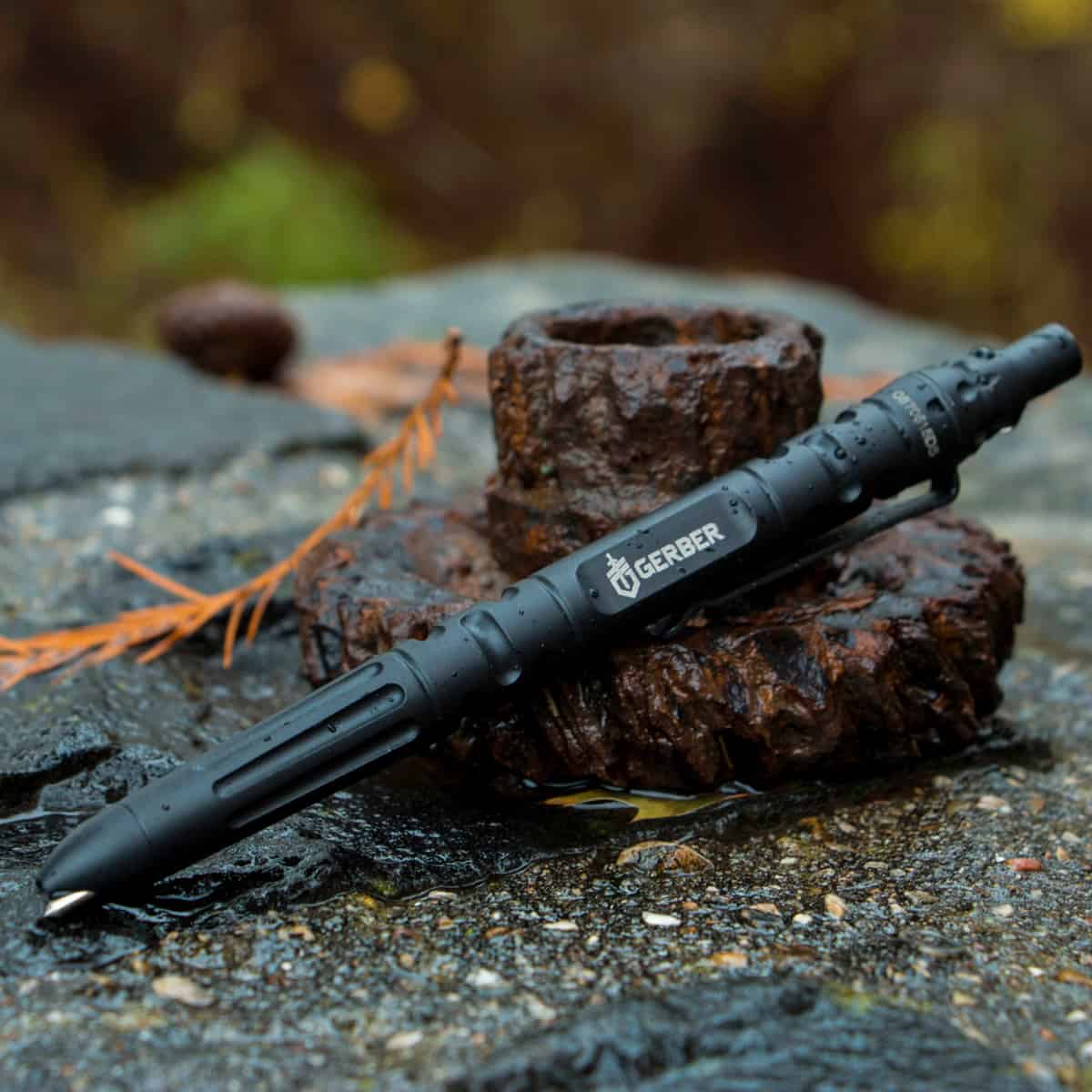 Legendary brand Gerber couldn’t have stayed behind and not craft its own version of the tactical pen. The Gerber Impromptu Tactical Pen feels like the best options for more than one reason. It’s super durable, versatile and comes with a relative low price, at only $58.

A favorite of EDC enthusiasts and tactical military and police personnel for several years already, the Gerber Impromptu Tactical Pen is a rugged and reliable piece of writing gear. 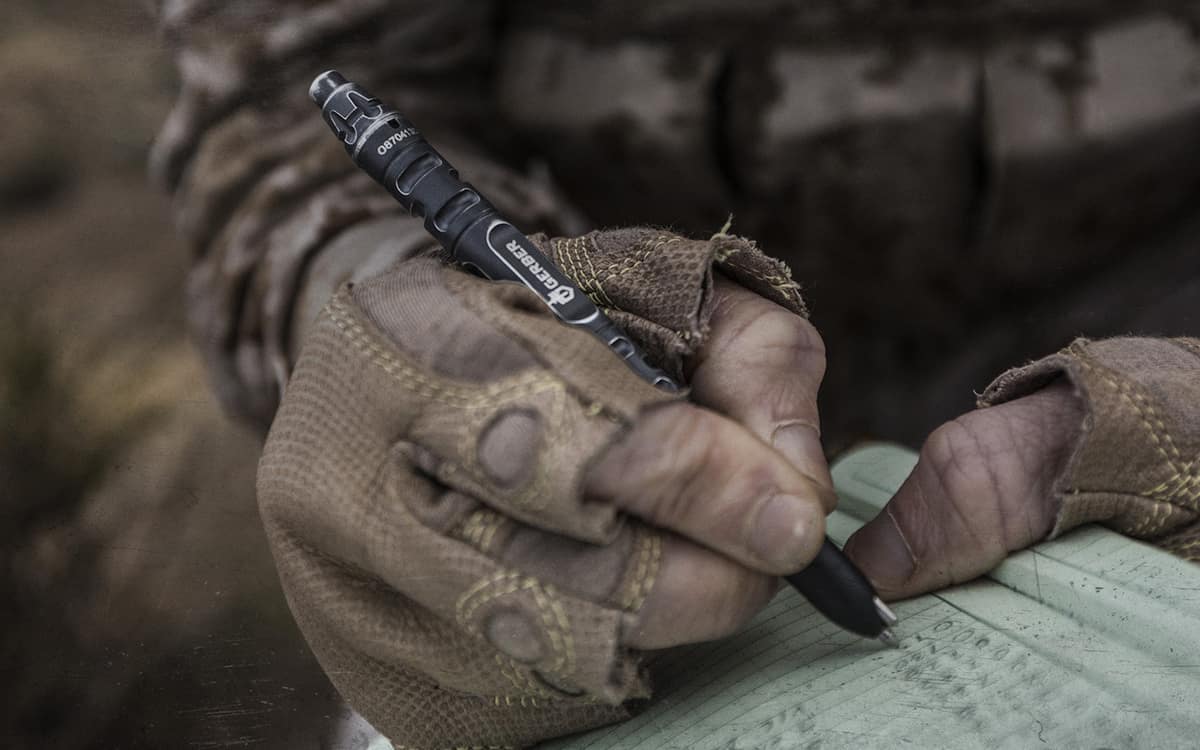 The pen features an ink cartridge which can be used in any kind of weather and writes in every position, a tempered steel tip window punch and a sturdy machined steel construction which makes it viable as a self defense weapon as well. This is a tactical pen both in appearance and performance also.