Check out this Four-Wheeled Monster: the Lazareth LM 410! 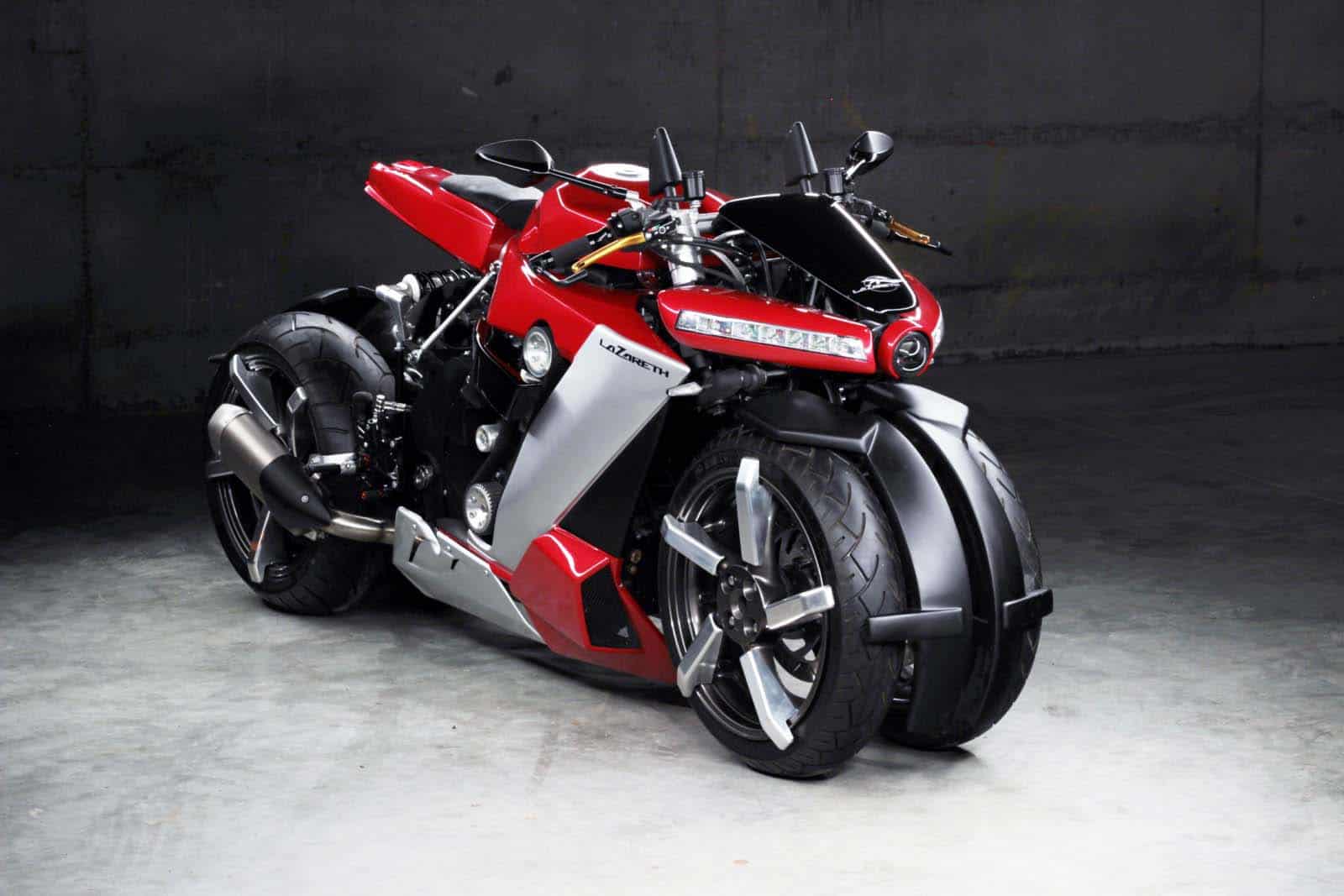 A few years ago, Lazareth introduced a jaw dropping four-wheeled motorcycle called LM 847 – a unique bike powered by a massive V8 engine from Maserati that was able to deliver 470 horsepower! Fast forward to 2020 and the innovative French motorcycle maker is back in our attention with a new four-wheeled monster, called the LM 410, a motorcycle that’s slightly less extreme but still very, very special.

Just like its bigger brother, the new Lazareth LM 410 comes with four wheels, two at the front and two in the back, a configuration that’s pretty strange for a motorcycle. But it gives the bike a very muscular and aggressive look and the good part is that it can stand upright even when it’s stationary. Cornering is handled by a set of hinged axles which allow the motorcycle to lean into turns. 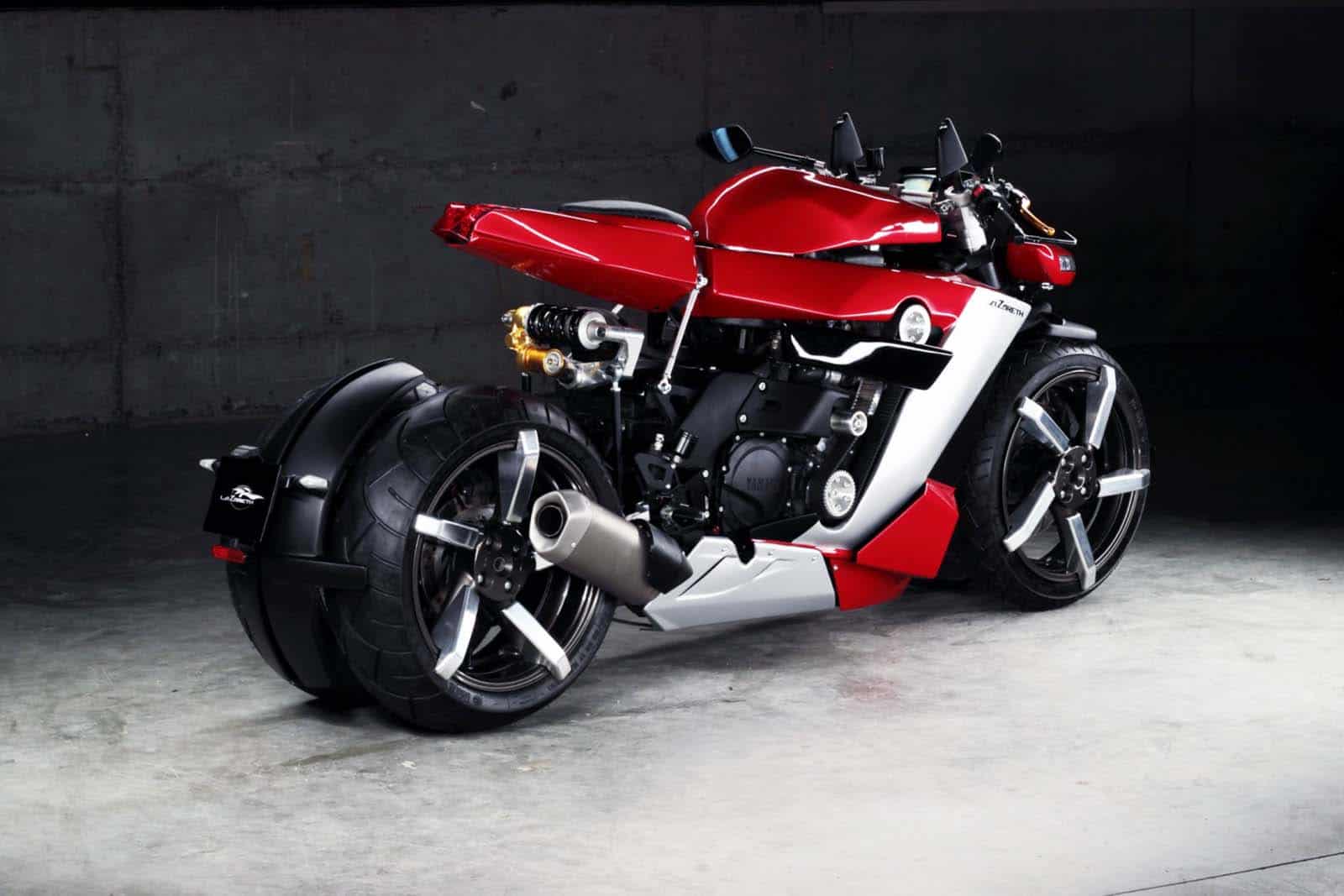 The most important change, besides the bike’s refined new look, is that the LM 410 is not powered by a V8 engine from a sports car, but instead it uses a high-revving 998 cc four cylinder engine that’s taken from a Yamaha R1. On the superbike, this engine produced 199 hp and 78 lb-ft (105 Nm) of torque, so let’s assume these figures are the same for Lazareth’s newest motorcycle.

Speaking of the design, if you look carefully you will see that there’s no screen and the seat is located towards the tail of the bike, in a place where you’d normally see the pillion seat on a standard sports bike. We’re pretty sure this motorcycle won’t be too comfortable to ride. 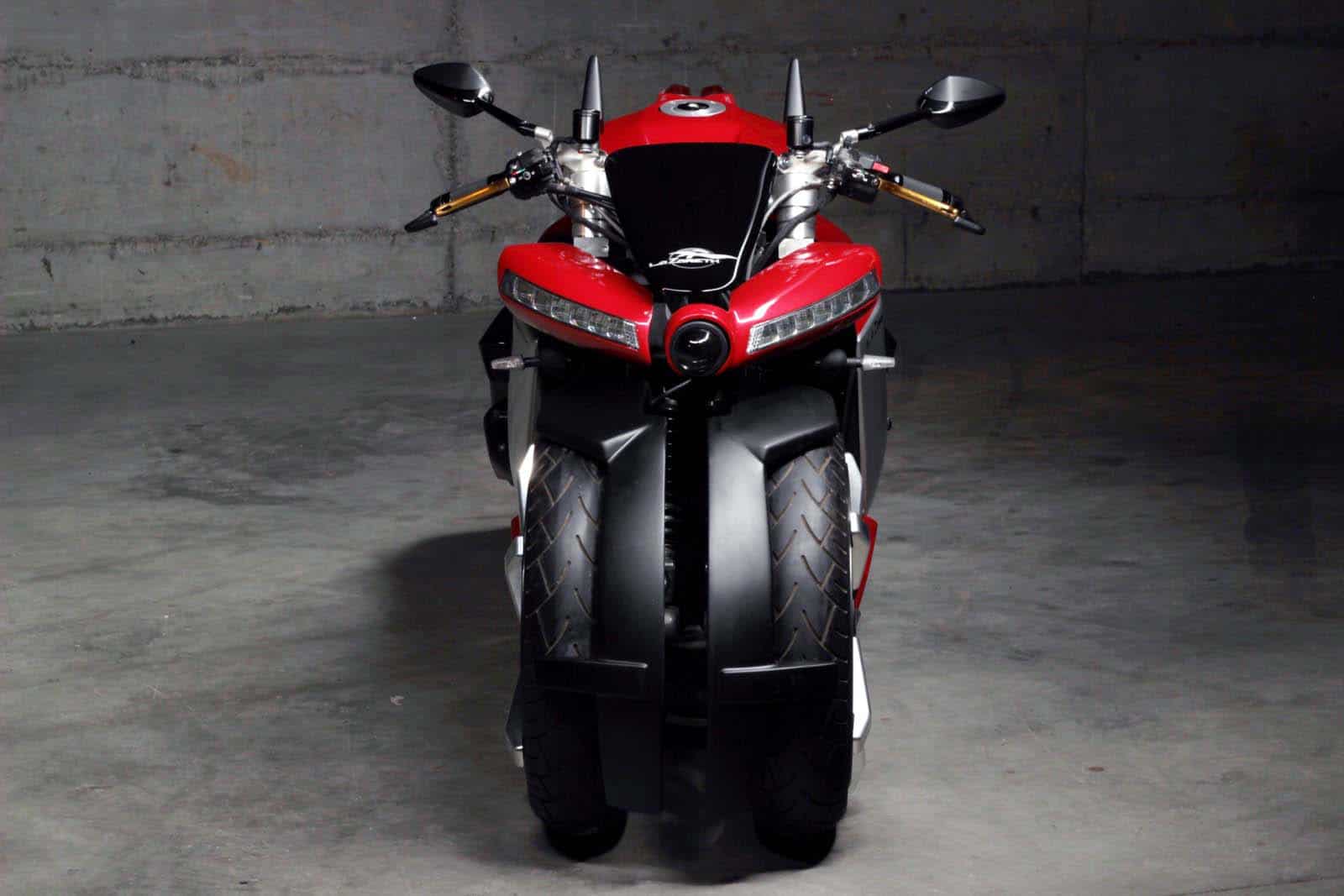 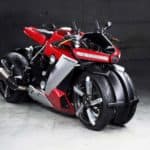 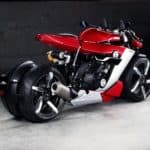 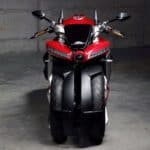 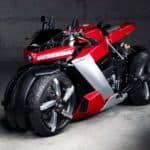 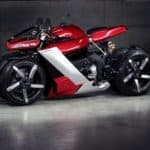 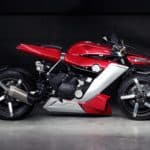 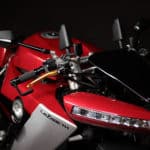 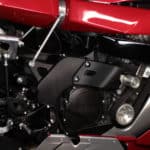 Tags:
Previous Article
These Are 10 of the World’s Best Ski-In and Ski-Out Resorts
Next Article
Mercedes-AMG and Cigarette Racing Unveil a new Insane Combo

Lazareth LMV 496 Hoverbike is the Flying Saucer of Motorcycles

The wonderful Moke Amphibie Lazareth is Twice the Fun

Lazareth Takes the Wraps off This Awesome Yamaha YZF R1