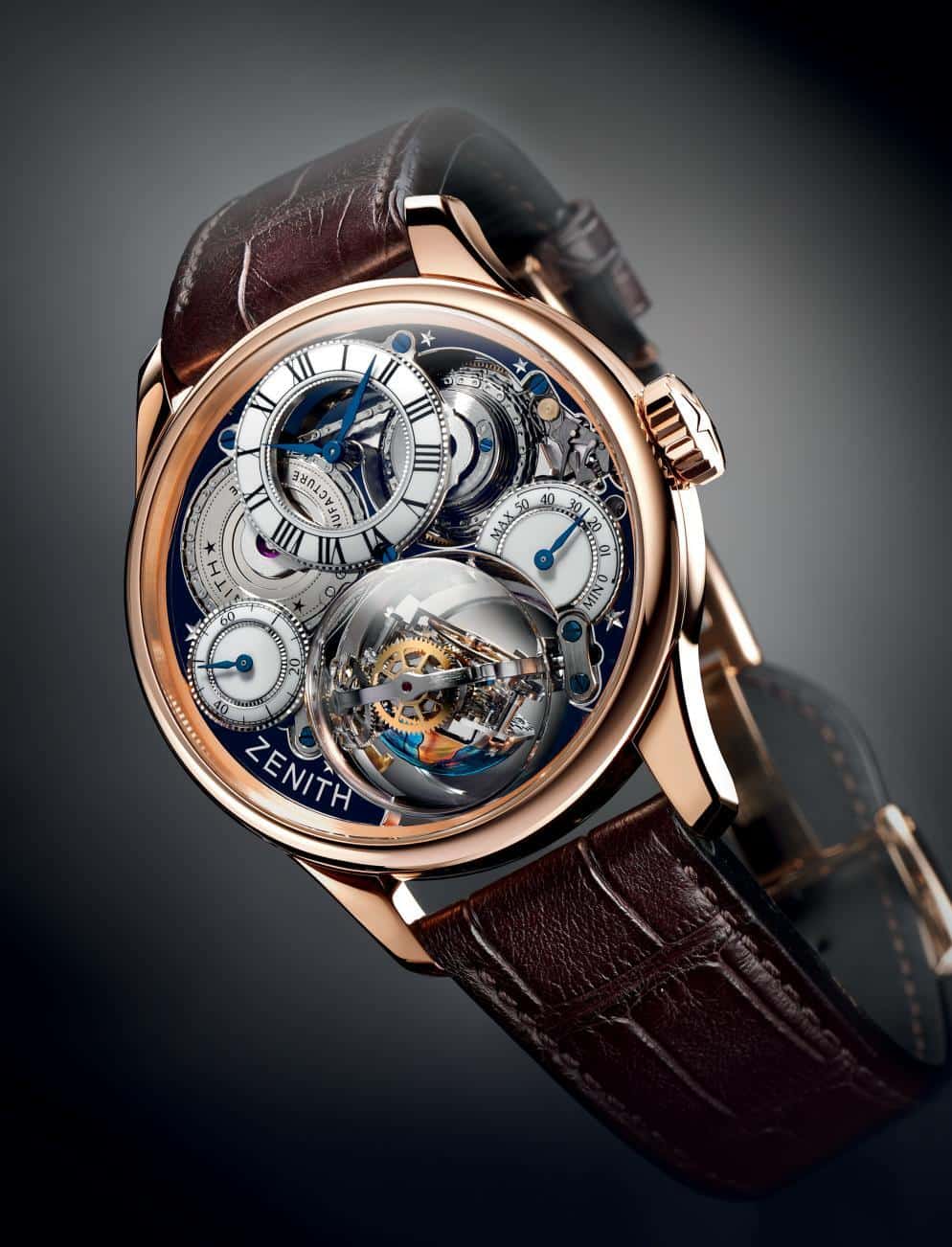 In the past few weeks, we’ve presented a couple of fascinating timepieces created by Montblanc to celebrate the momentous voyage of Portuguese explorer Vasco da Gama. Now, Zenith is releasing an exquisite watch called the Academy Christophe Colomb Hurricane Grand Voyage II, dedicated to Cristopher Columbus and his even more famous journey, which resulted in the (re)discovery of America.

While for most watches the dial is designed to be the most eye-catching part, in this case it’s the back of the timepiece that is most impressive. The discovery of the New World is illustrated there in exquisite detail and in vivid colors: there’s Columbus with the royal Spanish flag, the natives welcoming him, a parrot (symbolizing the new and colorful wildlife discovered), and in the background, the famed trio of ships which brought Europeans across the Atlantic – Niña, Pinta, and Santa Maria.

Another striking feature is the “Gravity Control” gyroscopic module, a revolutionary mechanism patented by Zenith, designed to ensure that the regulating organ and balance are permanently kept in a horizontal position, which in turn ensures the best possible timekeeping precision.

Though we’d really rather just look at image at the back of the timepiece some more, trying to discover some new detail we’ve missed and figuring out the symbolism of what we have seen so far, we also have to talk about some of the watch’s technical specs. The 45mm case is in 18-carat rose gold, with a double AR-coated sapphire crystal, and is water resistant to 30 meters. Movement is the Swiss hand-wound Zenith in-house El Primero caliber 8805 with 53 jewels, beating at 36,000 vph (which is quite a lot more than your average timepiece!), and with a power reserve of 50 hours. It comes on a brown alligator leather strap with an 18-carat rose gold triple folding clasp. 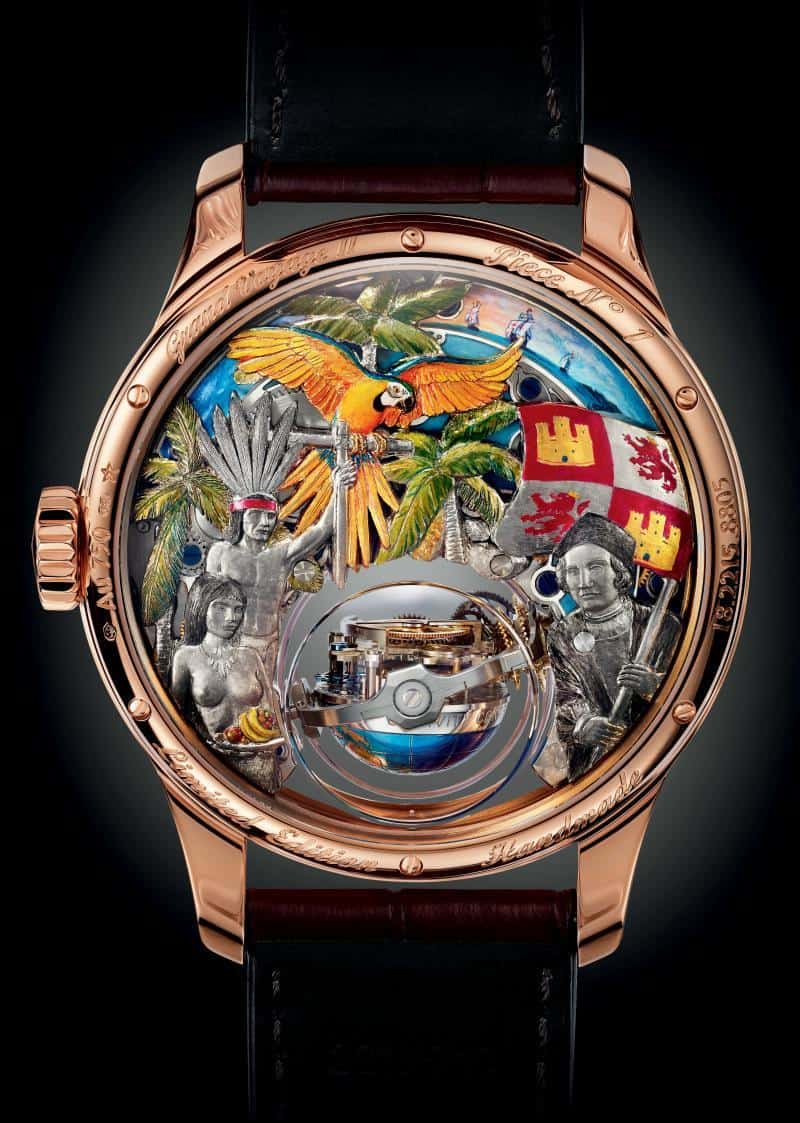 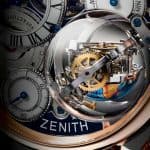 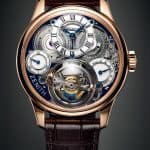 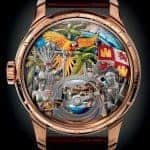 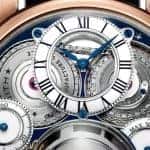 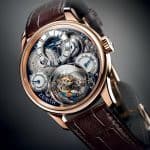 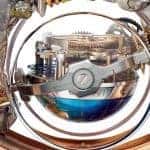 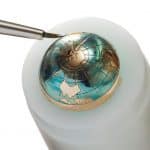