One of the greatest things about owning a submarine is the fact that you can actually travel to places nobody has seen before, as the depths of the oceans remain largely unexplored even to this day. Whether the goal is to explore the vast underwater expanses, or just to relax in the most secluded setting possible, private submarines are some of the most awesome things the super-rich can play with. You can check out some of the most expensive of these below:

Just as its name suggests, the Deepflight Super Falcon Mark II is not your average underwater-craft. The unique design and power system of this agile vessel ensure the experience is sort of akin to flight.

The Deepflight Super Falcon is designed for an awesome experience beneath the surface, with particular emphasis placed on safety – both of the two passengers, as well as any divers or sea creatures that happen to swim nearby. This lightweight and nimble submarine has an operating depth of around 400 feet and a maximum cruising speed of 6 knots. 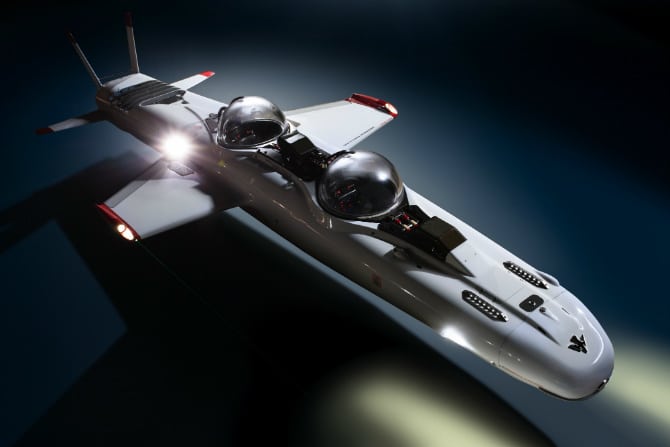 The Nautilus VAS is a relatively large submarine – and it’s as luxurious as they get. It can accommodate up to eight passengers, taking them down to an impressive 6,500 feet and all of this in pure comfort, no different from what you would experience on a private yacht.

What makes traveling down to the depths of the unique with the Nautilus VAS a truly unique experience is the fact that the submarine has an airlock, allowing divers to exit the vessel while it’s submerged and get an up close and personal look at the deep sea. 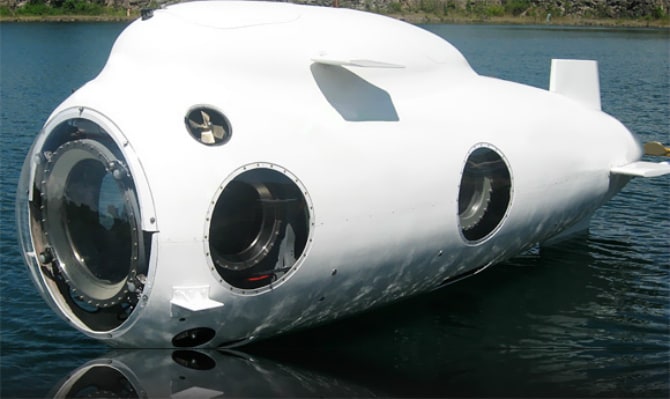 You needn’t look further than its name to get a glimpse of the capabilities of the Triton 3300/3. The 13.3-foot-long, 9.8-foot-wide submarine can take up to three people (a pilot and two passengers) to a depth of 3300 feet. Thanks to its transparent acrylic bubble, all three can enjoy incredible panoramic views of the deep sea, illuminated by the vessel’s powerful LED headlights.

The machine is priced at $3 million, which includes four weeks of pilot training, during which the owners learn how to operate, launch, and recover the submarine. 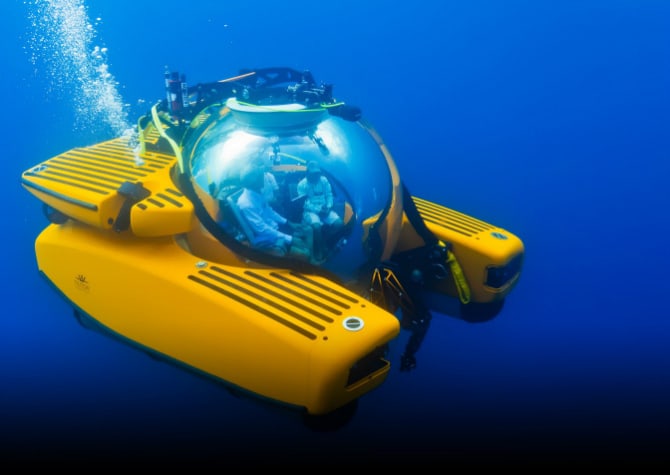 The Marion Hyper-Sub is a cross between a powerboat and a submarine. Above the surface, the watercraft can reach speeds of up to 40 knots thanks to its 440 horsepower diesel engines, while its 525-gallon fuel tank gives it an impressive range of 500 miles.

As a submersible, it can dive to 250 feet using an electric over hydraulic self-recharging dive system. The 31-foot Marion Hyper-Sub has enough room for up to five people, who get to enjoy the stylish woodgrain interior and leather seating.

The Nomad 1000 is a submarine designed for the most discerning underwater explorers. Boasting and elegant and comfortable interior, as well as a fully equipped galley, it can accommodate a party of 30 passengers. With an impressive range of 1000 nautical miles and the ability to stay submerged for up to 10 days, these passengers are surely in for an incredible trip. To make things even better, there’s the five foot in diameter viewport, with up to sixteen 1000-watt, quartz halogen undersea lights ensuring a clear view of the deep.

Designed by Herve Jaubert, an ex-French Navy commando who became CEO of Exomos, a Dubai-based luxury submarine maker, the Proteus is described by its creator as “an underwater bus”. But the 65-foot-long vessel is much more than just that – it’s a fully-submersible luxury yacht than can take up to 14 passengers below the surface. It basically brings together the best of both worlds: the comfort of a private ship and the awesome capabilities of a submarine. 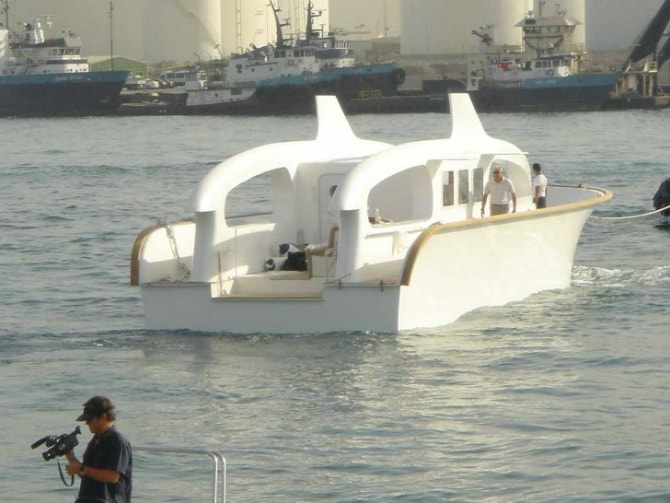 Deepsea Challenger is a 24-foot submarine launched in early 2012 with the goal of becoming the second manned submersible to reach the bottom of the Mariana Trench, the deepest part of the world’s oceans. Over fifty years after the first such descent, Deepsea Challenger took legendary director James Cameron (who paid most of the $8 million it cost to build the vehicle) to the intended destination after a 2 hours and 37 minutes journey. 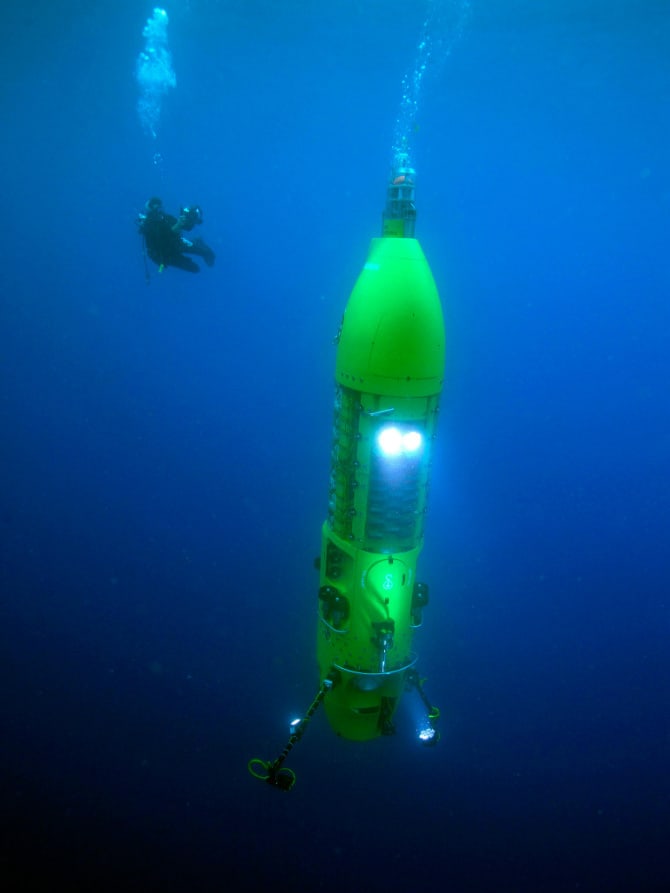 The original Yellow Submarine may be associated with a far more prominent Paul, but Microsoft co-founder Paul Allen is the man who actually paid to own one. But the color is not the only thing remarkable about the submarine. This 40-foot machine cost $12 million and can stay submerged for up to a week – which is plenty of time to listen to all your Beatles records, we assume. 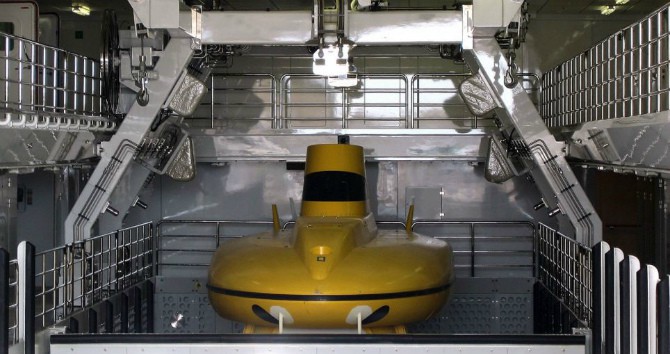 The Seattle 1000 is a 118-foot-long, three-story-tall vessel with five staterooms, five bathrooms, two kitchens, a gym, a wine cellar, and a 30-foot-long by 15-foot-wide observation portal. It boasts a range of 3,000 nautical miles, enough to take you from one shore of the Atlantic to the other and can stay submerged for up to 20 days. 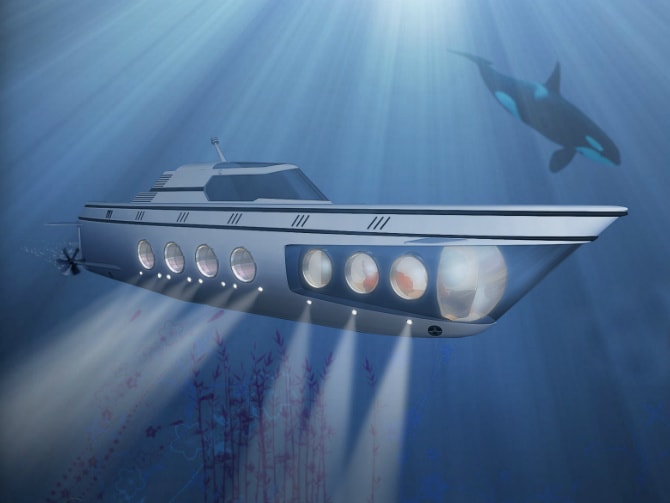 More than just a machine that can travel under water, the Phoenix 1000 is an awesome luxury submarine capable of taking its passengers on an unforgettable deep-sea trip in style.

The vessel boasts a generous 5000-square-feet of interior space and large acrylic viewports, which together with the vessel’s operating depth of 1000 feet means that the Phoenix 1000 can certainly do fair bit of exploring, with travelers enjoying all the comforts of a modern yacht. There’s also an additional mini-submarine which can go down even further to 2000 feet, or can simply be used to transport passengers from the surface to the Phoenix 1000 without it having to leave the ocean floor. 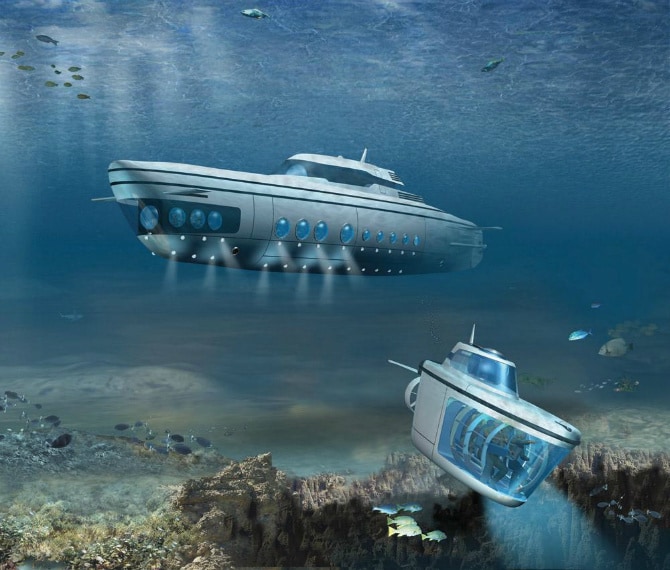