Top 10 Most Expensive Islands in the World

You can have an extremely expensive watch, or a custom supercar, a huge mansion, a yacht, or even a private jet – but nothing shows greater wealth and power than owning your very own piece of land surrounded on all sides by the sea. It the modern day equivalent of being the master of your own castle – and usually in much more warm and beautiful places. The following is a list of some of the world’s most expensive islands, beginning with:

The 554-acre Big Darby Island is located in the Bahamas, 95 miles from Nassau and 250 miles from Miami. Surrounded by the crystal clear turquoise waters of the Caribbean and lined with beautiful white sandy beaches, Big Darby Island is as beautiful as it gets. It also has a rundown English-style castle, built in the 1930s, which could be renovated and turned in a clubhouse or residence.

The new owner will have to pay $40 million for the island, which will make him neighbors with the likes of David Copperfield, Tim McGraw and Johnny Depp.

Dulichium is Greece’s largest private island currently available for sale. Situated to the northwest of the Greek mainland, near the entrance to the Gulf of Corinth, it’s surrounded by the beautiful deep blue to light green waters of the Ionian Sea.

The 1335-acre stretch of land has about 4000 olive trees and shrub, but not much else – which makes it a great target for either investors who want to turn it into next great tourist attraction, or just somebody willing to pay $50 million and keep it all to themselves. 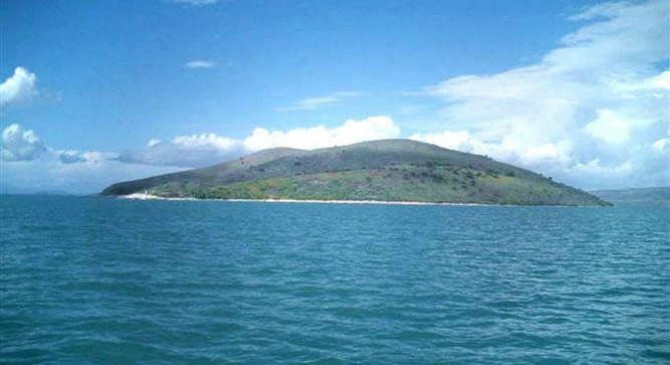 In a sea of tropical havens, Shelter Island is a, well, island of a more temperate charm.

Rising from the waters of Flathead Lake, which is located in the northwest corner of the state of Montana, it is just one of several islands found on its surface, but it’s definitely the most remarkable. The 24-acre piece of land is the setting for the largest private home in Montana, a unique 32,000 square-foot property, featuring a 24,000 square foot mansion as well as heated porticos and outdoor entertainment facilities. 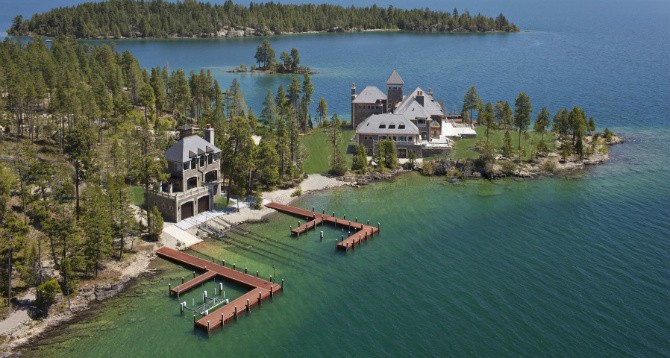 Mainland Greece is surrounded by literally thousands of beautiful islands, greatly adding to its tourist appeal. Omfori Island, located in the Ionian Sea, is one of them – and it’s for sale for $60 million.

Omfori is currently uninhabited and only has one building, but the place could be easily turned into an island paradise, as it features the usually beautiful Greek beaches and amazing turquoise waters. 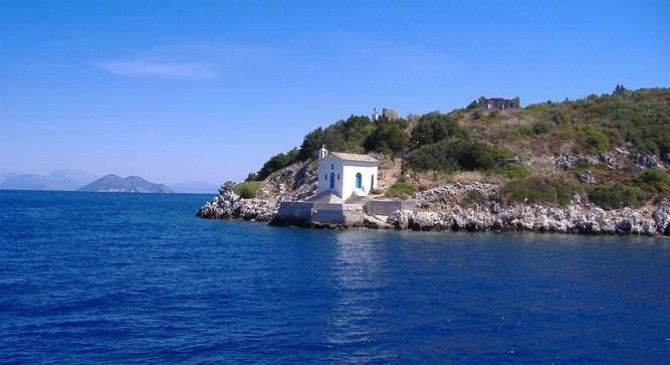 Caye Chapel is a small island, 16 miles north-east of Belize City, the largest city in the tiny Central American country of the same name. There’s nothing modest about this island though, with 265 of its 270 acres having been sold for no less than $65 million.

This was probably a wise investment too, as Caye Chapel boasts an 18-hole golf course, a deep-water marina, an airstrip and a 25,000-square-foot clubhouse with a large swimming pool and bar, making it perfect for the luxuriously minded. 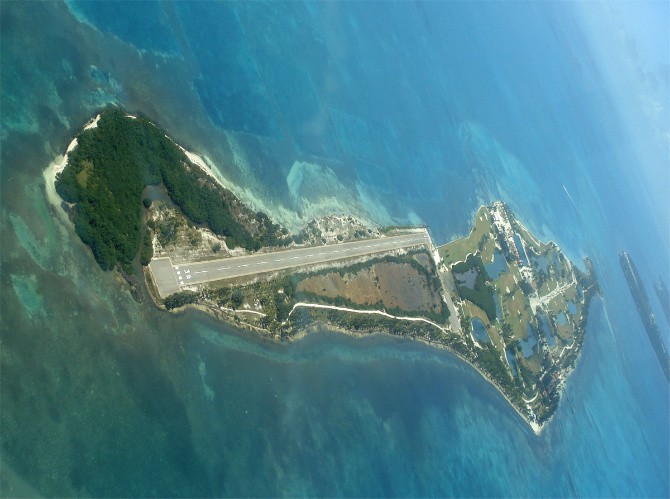 Located in the Sea of Cortez, this beautiful 5229-acre island lies just a few hundred feet from the shore and the small resort town of Las Glorias Beaches. The 23km island is still undeveloped, but a savvy investor with about $95 million to burn could seize the opportunity and turn Macapule into a real tourist attraction. Being so close to the shore, development should go relatively smoothly, while its proximity to the United States could bring in some big-spending Americans to this great piece of land. 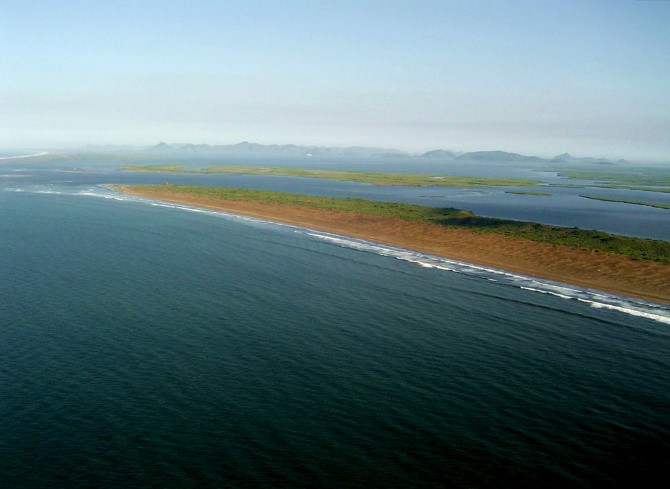 Richard Branson bought Necker Island when he was in his late twenties. It might have seemed odd that the creator of the Virgin brand would be interested in what was then an uninhabited, undeveloped island somewhere in the Caribbean, but when you think about, it is a part of the British Virgin Islands, so I guess there’s the explanation.

Purchased in 1978 for a mere $180,000, Necker Island is now valued at $100 million – and is currently an exclusive luxurious resort that can accommodate up to 28 guests. 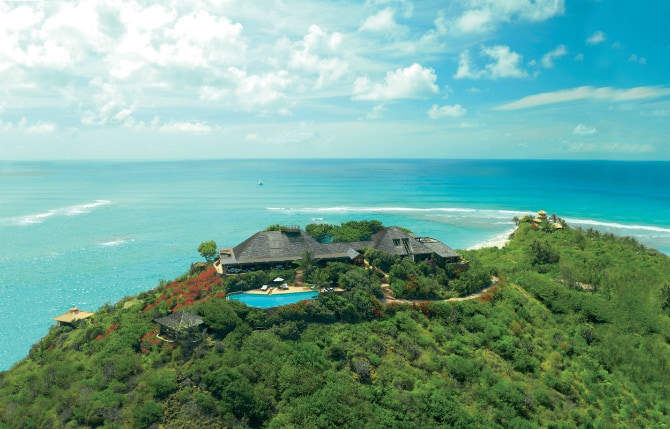 Ronde Island is another private island located in the Caribbean and, like most of the places on the list, it has yet to be developed in any way. It will be up to the new ownership to either turn it into a resort or keep it for themselves a private piece of paradise.

This 2,000-acre jewel is on sale for $100 million, and features a breathtaking setting, rich wildlife and even a swim-through cave opening to an underground cavern decorated with stalactites and quartz crystals. 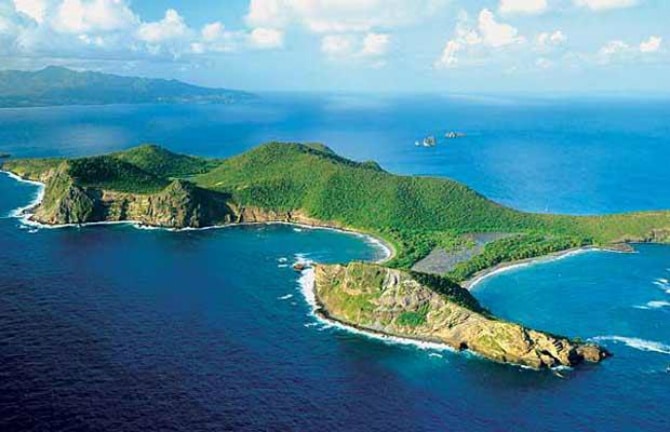 We’ve already told you about the beautiful Phi Phi Islands and neighboring Phuket – so how about owning a private island in one of Southeast Asia’s most beautiful areas?

Rangyai is just 20 minutes away from the Phuket International Airport, and is every bit as beautiful as its more famous neighbors, featuring lush tropical forests, wonderful white sandy beaches and an amazing view of the Indian Ocean. The 110-acre island also comes with a hefty price tag, somewhere around $160 million. 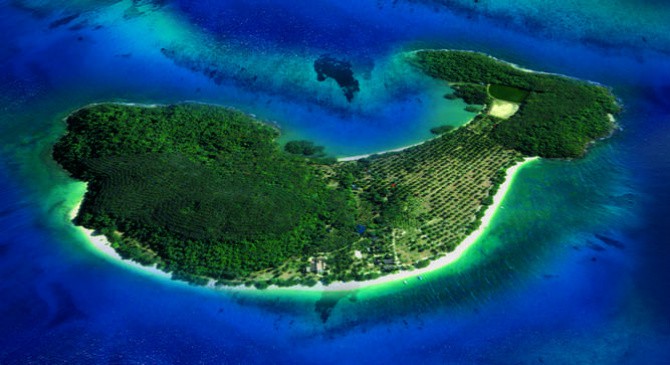 It’s only fitting that the most expensive island in the world should have a famous owner – who in this case is Oracle founder and CEO, Larry Ellison, currently the world’s eighth richest person, with a net worth of somewhere around $40 billion. It’s also fitting that Ellison is widely known for his passion for yachting, both the recreational and competitive kind – I guess the super-rich have their own way of combining their hobbies.

Ellison bought 98% of Lanai, which is Hawaii’s sixth largest island, for around $500 million from fellow billionaire David Murdock – thus earning the place a well deserved top spot on our list. 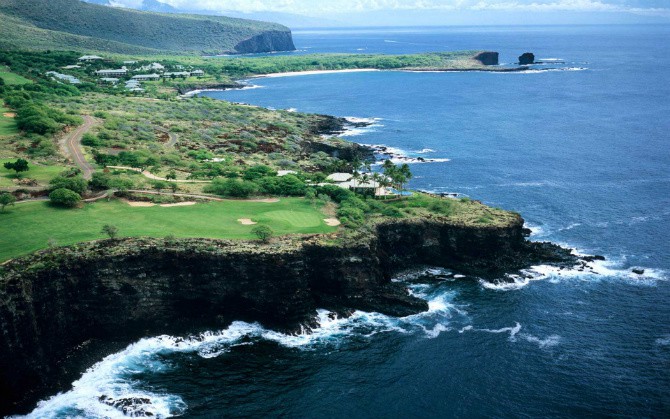