Golf is real gentlemen’s sport: quite casual from an athletic point of view, yet requiring great practice and skill. Elegant and exclusive, much of its success depends on the quality of the place it is played at: the golf course. Here is a list of some of the world’s best, most challenging or picturesque golf courses, starting with…

Considered by famous golf writer Herbert Warren Wind the most natural course in the world (we’re sure he meant it as a compliment), Royal Dornoch is a golf club located in Dornoch, in the northeast of Scotland. Due to its relatively secluded location, it has never hosted any modern tournaments. But while its isolation may not do much for its appeal with competition organizers, its wild, natural beauty is undeniable and will be fully appreciated by golf enthusiasts willing the make the trek. 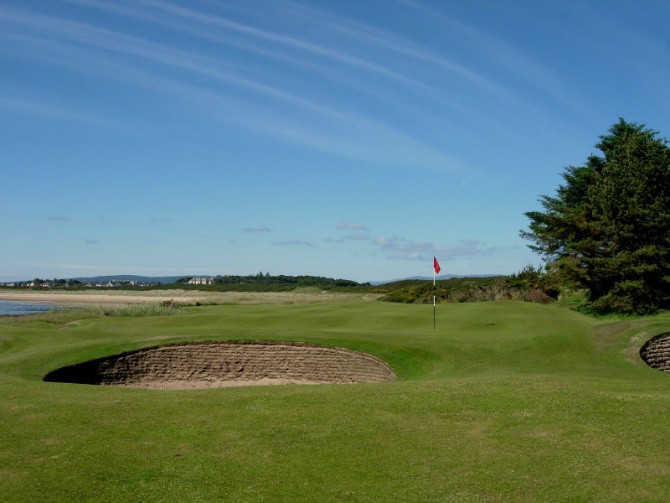 Royal Melbourne Golf Club, located in Black Rock, which is a suburb of Melbourne, is consistently regarded as Australia finest establishment of its kind. Founded in 1891, it is the oldest Australian golf club still in existence. Royal Melbourne is made up of two separate courses, known as the East and West courses, the latter of which is the most highly rated.

Interestingly enough, six of the holes from the West course are replaced with holes from the East course, creating a Composite Course which is itself highly rated. 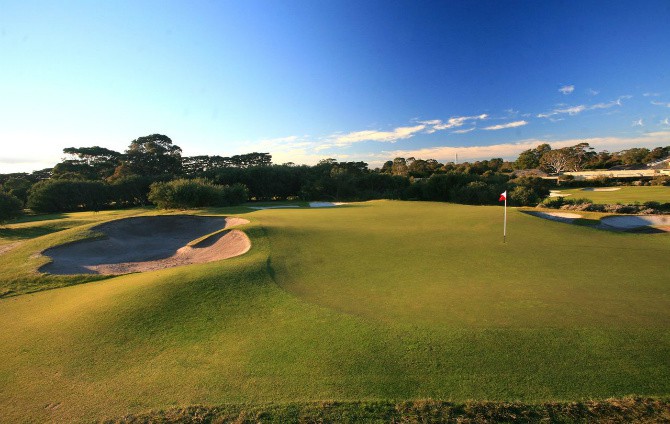 Pebble Beach golf course, located in Pebble Beach, California, on the shores of the Pacific Ocean, is one of the most beautiful golf courses in the world. Jack Neville, one of its architects, wanted to take full advantage of the location and bring as many holes to the rocky coastline as possible.

Jack Nicklaus (who won the first ever US Open held there in 1972 with one of the most famous shots in golf history) said that if he had just one more round to play, he would choose Pebble Beach as the place to do it. 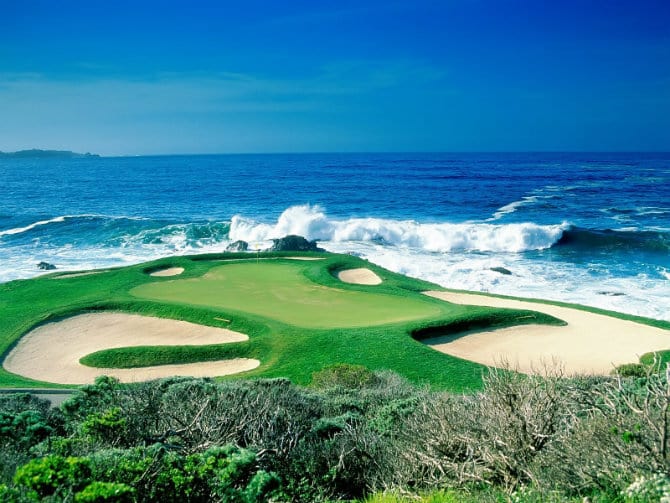 Though the game of golf itself is centuries older, the Honourable Company of Edinburgh Golfers, currently based at Muirfield, is the oldest golf club in the world. The current course was designed in 1891 by Old Tom Morris, with a 1925 redesign that brought about its current outlook: two loops of nine holes, one clockwise, one anticlockwise. If the wind direction remains the same throughout the day, every hole on the course has a different apparent wind direction.

Legendary American golfer Jack Nicklaus called it the best course in Britain, and it is even more exclusive than Augusta National: here, women are still barred from becoming members and can only play if accompanied by a man. 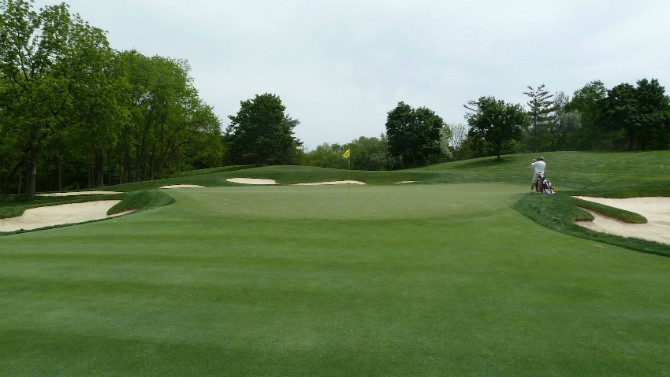 One of the oldest links in America, Shinnecock Hills was created after William Vanderbilt, Duncan Crayer and Edward Mead saw the game of golf being played while on a winter vacation in France, over 120 years ago. Heavily remodeled in its first decades, its architecture has mostly remained unchanged in the past half a century, with only small changes being considered in order to prepare the course for the 2018 US Open.

The terrain at Shinnecock Hills is, well, hilly, and the native grasses are thick, making the course really challenging. On the other hand, many of the tee boxes are elevated in order to give players a clear view of fairway bunkers, sand areas and hazards that must be carried – all in all, the course is hard, but fair. 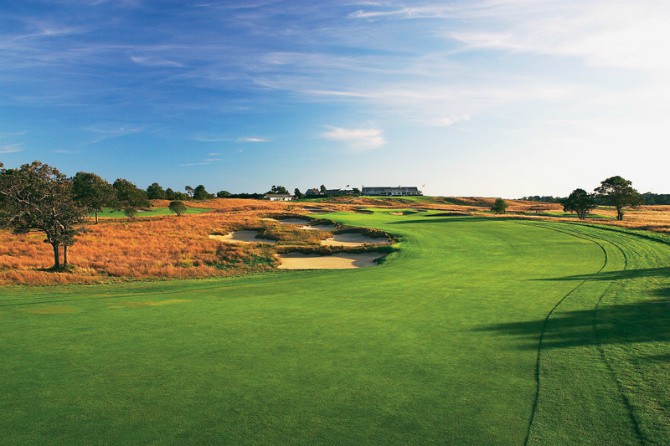 Built in 1899 by Old Tom Morris, Royal County Down in Newcastle, Northern Ireland, is one of the oldest golf courses in Ireland, and certainly one of the most beautiful in world. With the Irish Sea to the east and the Mountains of Mourne to the south, the surroundings are as picturesque as they get.

The greens are surprisingly flat, sort of compensating for the rugged terrain and many blind shots. The bunkers are also a definite highlight, most obstructed by dense marram grasses and clumps of heather.

The Old Course at St. Andrews is what you might call “the home of golf”. One of the oldest golf courses in the world, and certainly one the finest and most traditional, every course designed since has been either in response to one of its features, or a reaction against it.

Such an iconic course comes with many legendary features, like its 112 bunkers, each which their individual name and history. The two most famous are the 10 ft deep “Hell Bunker” on the 14th hole, and the “Road Hole Bunker”, on the 17th, where many professional players have seen their dreams of winning the Open Championship squandered. There’s also the 700 year old Swilcan Bridge, a place where many golf icons have made their farewells. 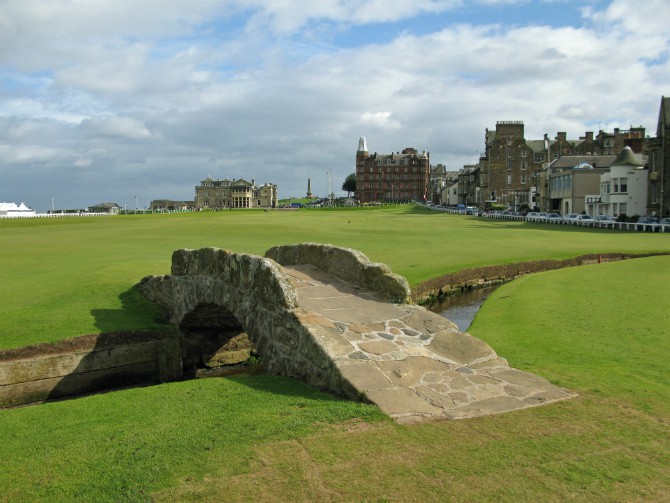 When it comes to sheer natural beauty, few can compare to the amazing Cypress Point. Set among the dunes of the Pacific shore, it is famous for its three dramatic holes that play along the ocean: the 15th, 16th and 17th, with the 16th actually playing over the ocean itself. Former USGA president Sandy Tatum called it the Sistine Chapel of golf.

At just 6,524 yards, it is one of the shorter high-profile golf courses, but it more than makes up for it with its undeniable charm and stunning scenery. 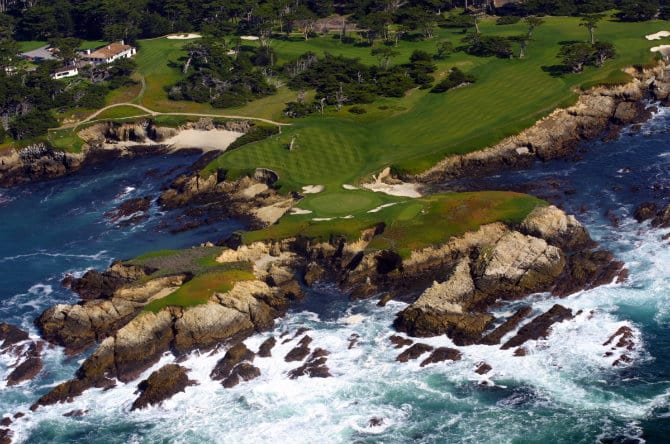 Opened in 1933, Augusta National Golf Club has been hosting the annual Masters Tournament since 1934, the only major to be played every year at the same course.  To keep it competitive for this major tournament, it has constantly been modified over the years. The course used to be a plant nursery and each hole on the course is named after the tree or shrub it is associated with.

Augusta National is extremely exclusive: there are only about 300 members at any time and the only way to get in is by invitation. It has also refused to allow women members until 2012, when former Secretary of State Condoleezza Rice and businesswoman Darla Moore where the first two accepted. 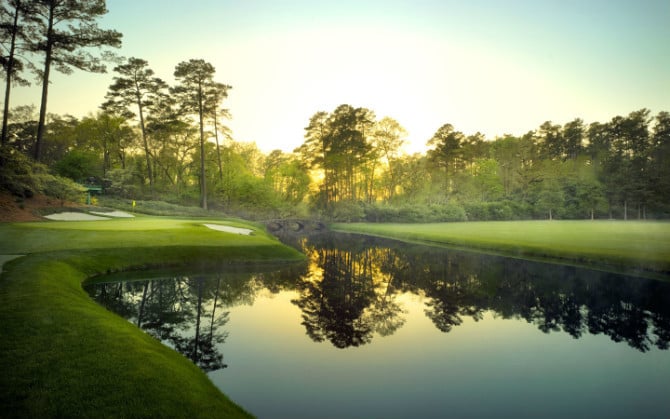 Pine Valley was founded by a group of amateurs in 1913, and was the first and only designed of George Arthur Crump, which followed some pretty peculiar principles. No hole should be laid out parallel to the next; no more than two consecutive holes should play in the same direction; and players shouldn’t be able to see any hole other than the one they were playing. This makes the Pine Valley course a remarkably difficult one, which really tests every club in the bag. Legendary golf course designer Robert Trent Jones felt that it had more classic holes than any other. 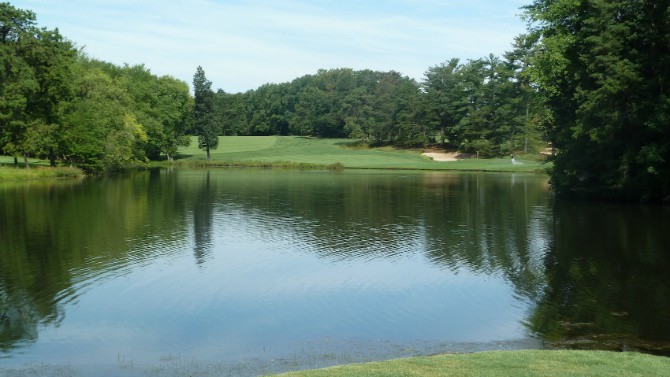