Baseball cards, featuring portraits of baseball players, their teams or other related celebrities, are some of the most popular trading cards in the United States, though they are also found in other countries like Canada, Cuba or Japan.

Made by companies such as Topps, Upper Deck and Panini, the baseball cards sets first appeared in the U.S., where baseball was most popular. The first sets date back to the 19th century and due to their age they’ve become some of the most sought after collectibles throughout the country, increasing their prices a great deal.

One other thing that collectors and historians look after are those cards which are even signed by the players, thus making them even more valuable than others.

Read on and find out which are The Ten Most Expensive Baseball Cards: 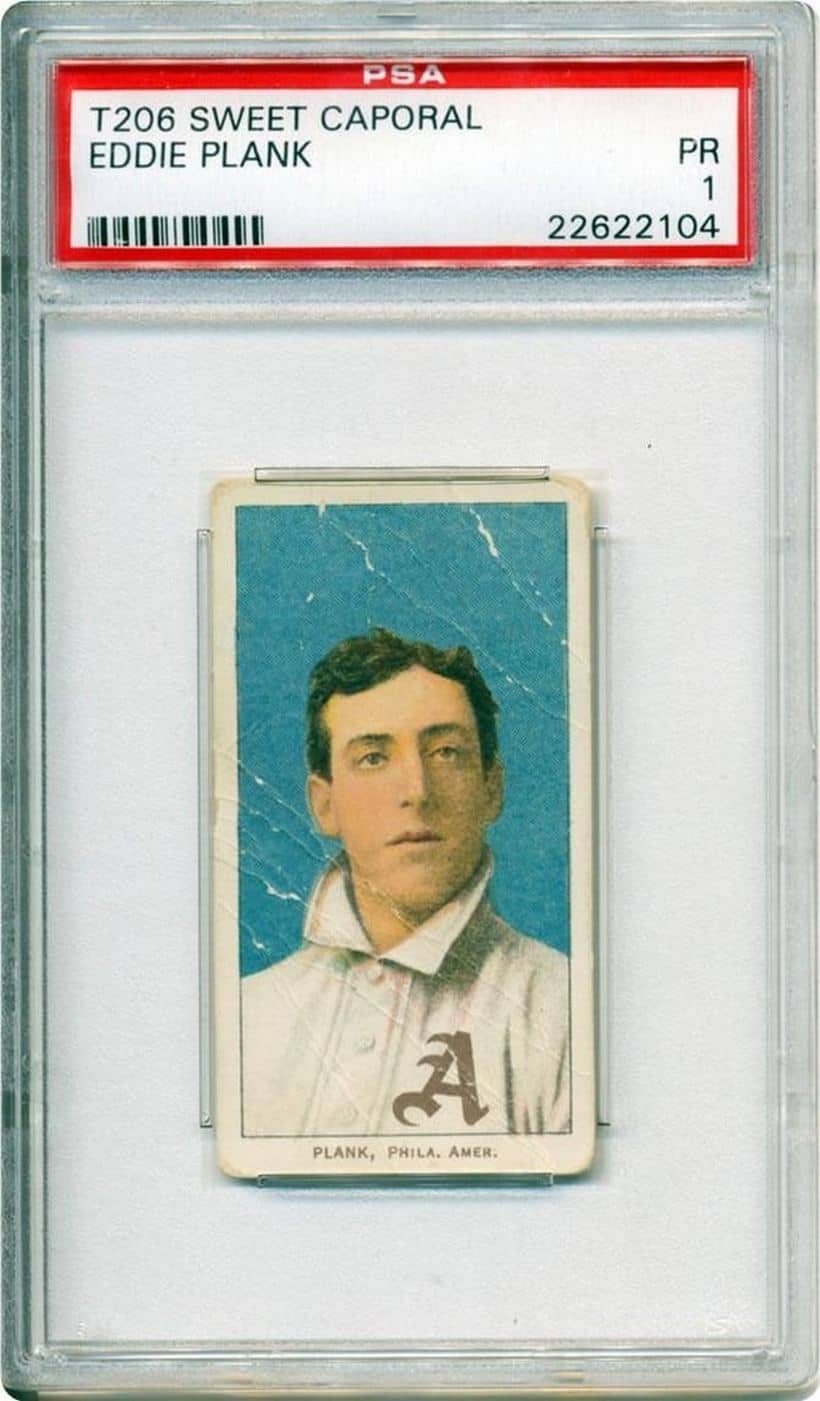 Dating from the 1909-1911 period, the card featuring Eddie Plank is extremely rare, with only around one hundred still in existence, which upped its price to a whooping $188,000.

Back when the card was first printed, it was seen as a flyer to make fans more attached to their favorite player, so they were given for free. Time makes quite a huge difference, doesn’t it? Known as Gettysburg Eddie, Plank was a pitcher for the Philadelphia Athletics in Major League Baseball between the years 1901 and 1914. He then moved to St. Louis Terriers and then played for St. Louis Browns in 1916 and 1917. The price of the card first went up a lot right after the player’s death back in 1926. 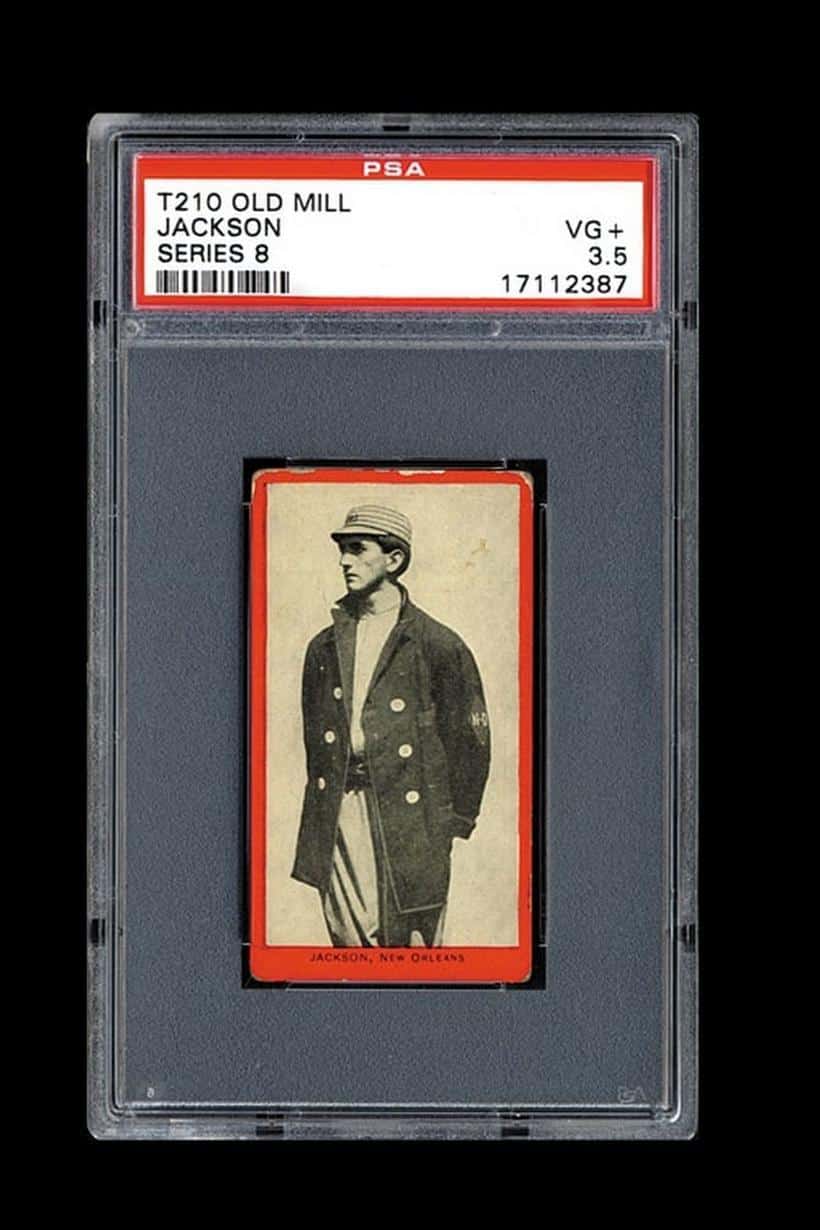 Joe Jackson, also known as Shoeless Joe, was an outfielder in Major League Baseball, remembered mostly for his performance on the field but as well for the Black Sox Scandal in 1919, when Chicago White Sox tried to fix the World Series, thing which led to Joe’s banning from playing after 1920.

Voted by fans as the 12th best outfielder of all time, Joe first appeared on a card back in 1910. Due to its gem mint condition and its rarity, this card now trades for a good $199,750. 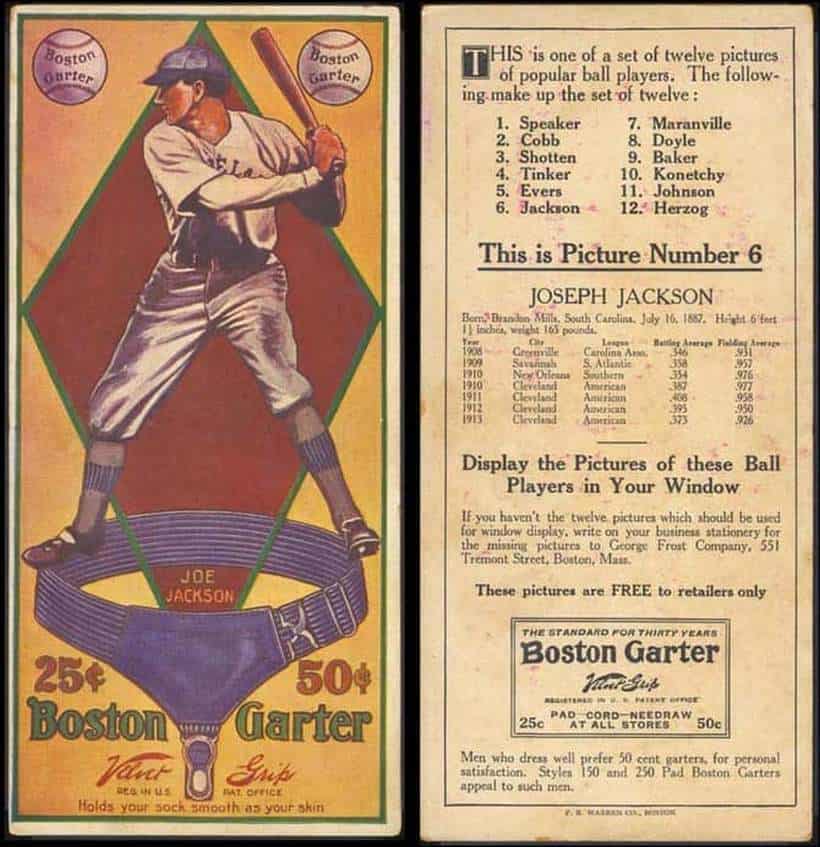 The same Joe Jackson, highly popular after being banned due to the fact that many believed he was mistreated, achieved legend status afterwards.

He appeared on another card, one of the rarest in the series, and due to Joe’s legacy and huge fanbase, the card became an item wanted in every baseball cards collection. The price tag for it right now rises to the staggering sum of $204,000. 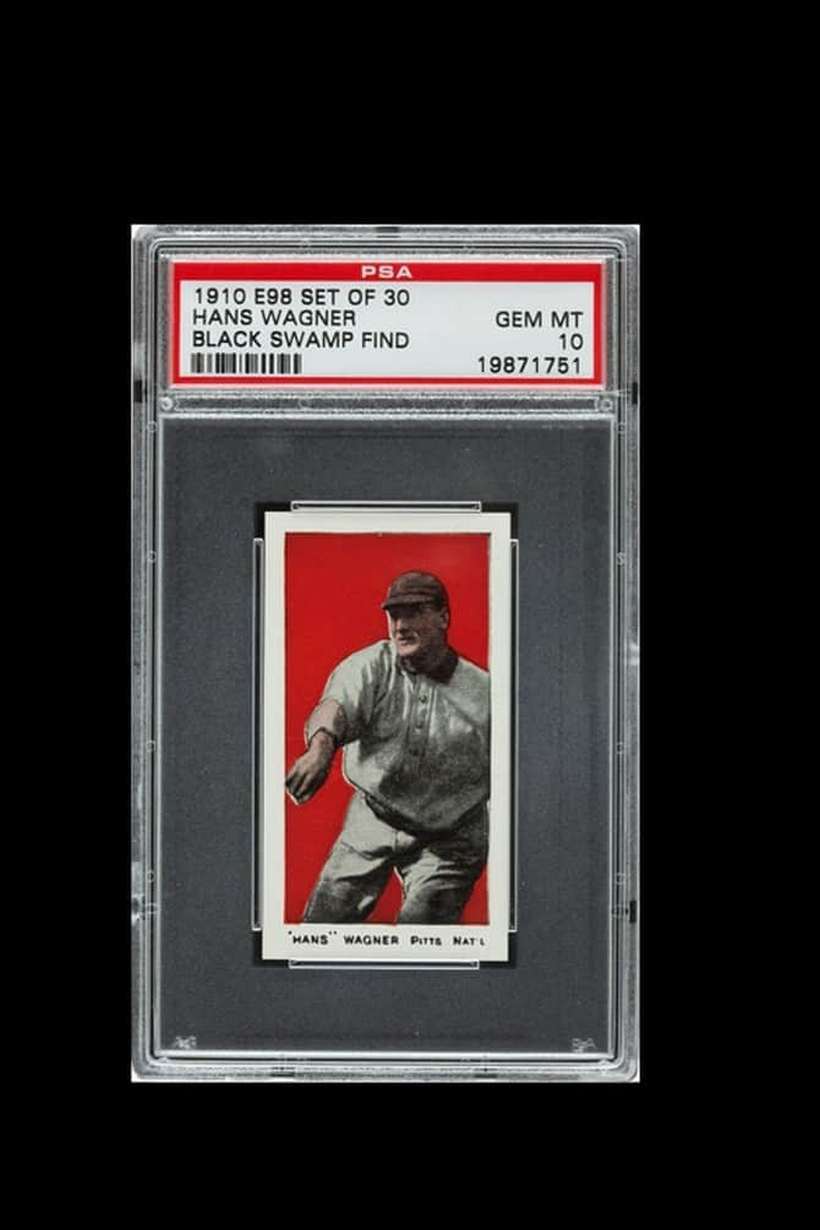 Honus Wagner played in no less than 21 seasons in Major League Baseball, from 1879 to 1917, winning eight titles and holding the record for the most titles in the National League together with Tony Gwynn.

Honus was nicknamed The Flying Dutchman due to his amazing speed. He spent most of his baseball career as a player for the Pittsburgh Pirates. The card depicting him was released in 1910 and nowadays it reached the price of $219,000. 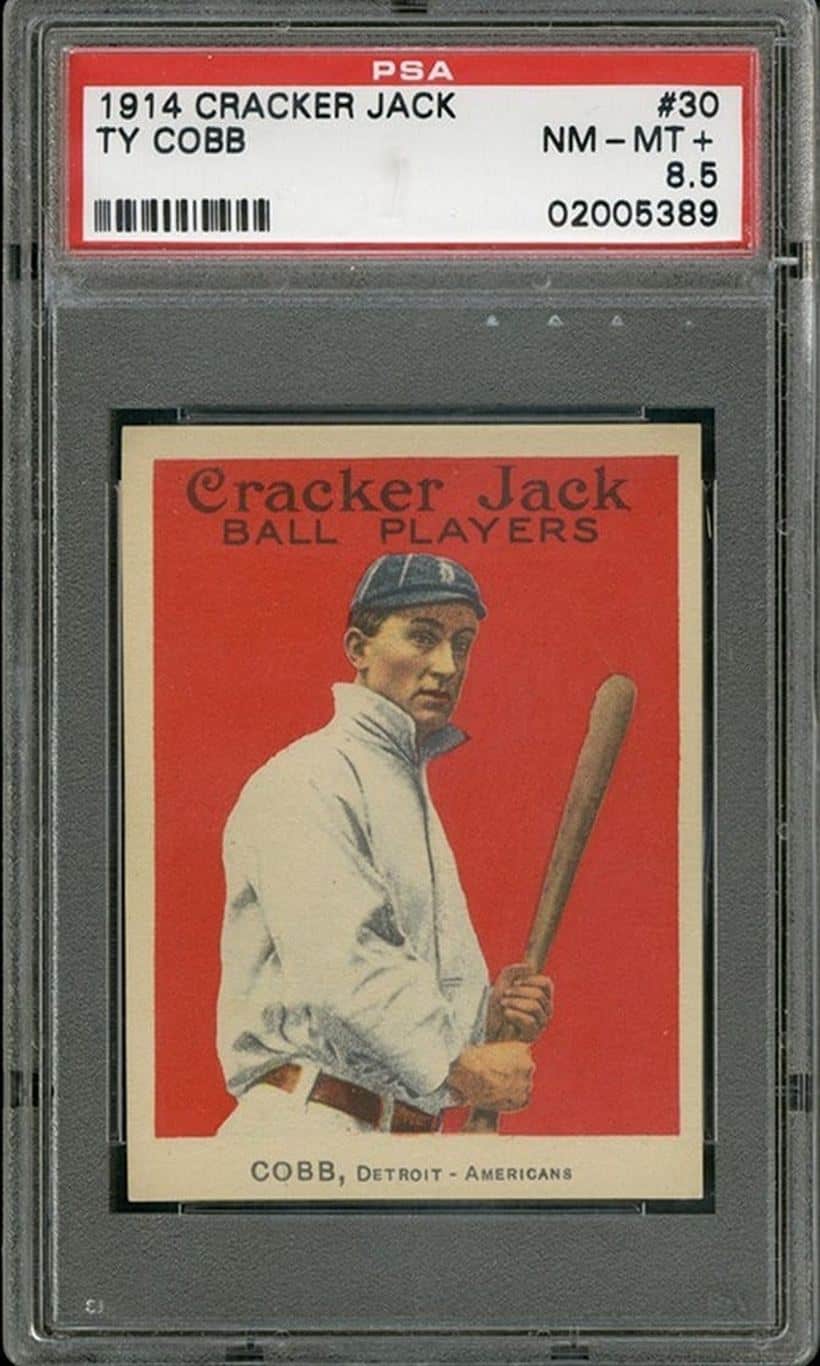 Also known as The Georgia Peach, Tyrus Raymond Cobb was an outfielder in the American Major League Baseball. Born in Narrows, Georgia, he spent 22 seasons at the Detroit Tigers, six of them as the team’s manager, and ended his stellar career at the Philadelphia Athletics.

Cobb was listed as the 3rd Greatest Player ever in a ranking by the Sporting News, thing which led to an exorbitant price for the Ty Cobb baseball card, a whooping $273,000. 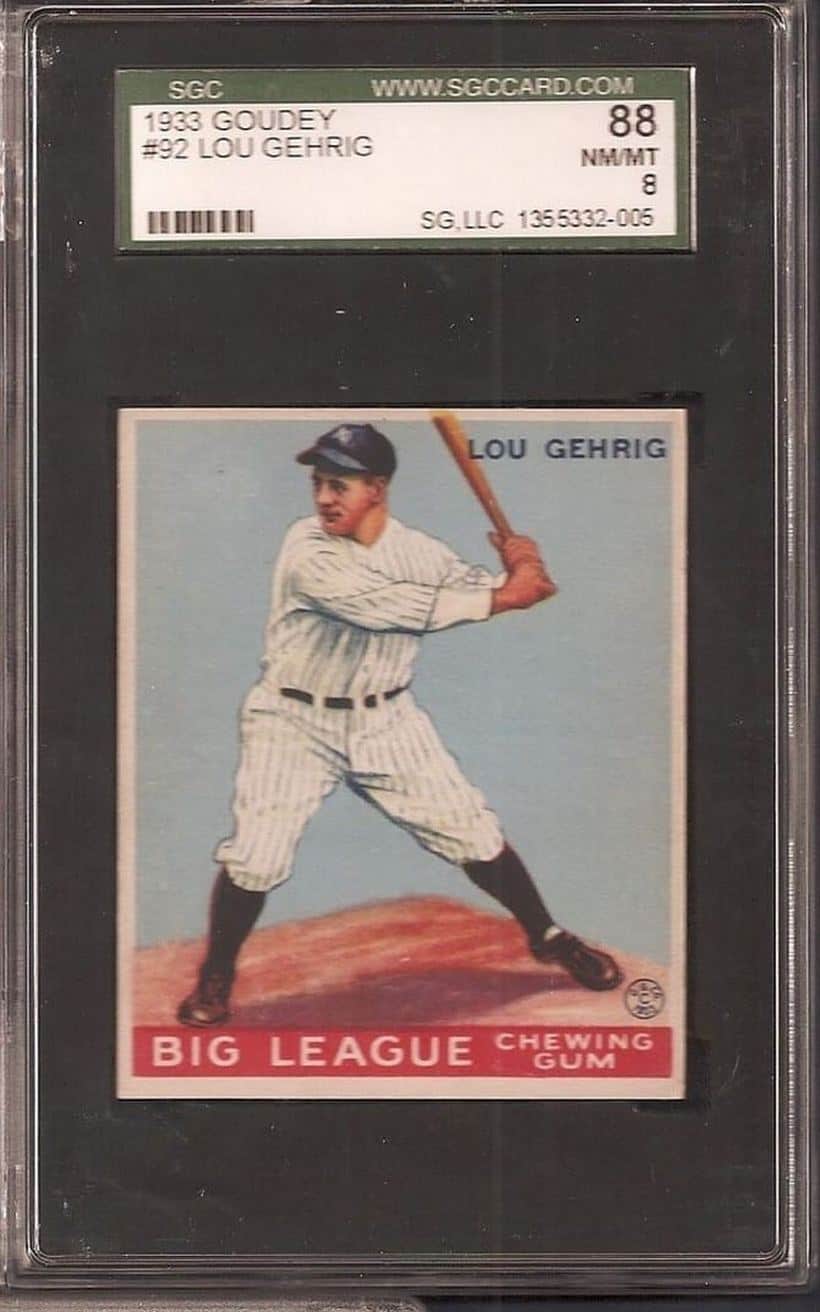 Lou Gehrig played for the New York Yankees between 1923 and 1939, a total of 17 seasons, and he was nicknamed The Iron Horse for his endurance and prowess as a hitter.

Seven consecutive times an All-Star, Triple Crown winner, twice the American League Most Valuable Player and a member of the World Series championship teams for six times, Lou Gehrig was the greatest first baseman of all time and his player card is now worth $275,000 when found in good condition. 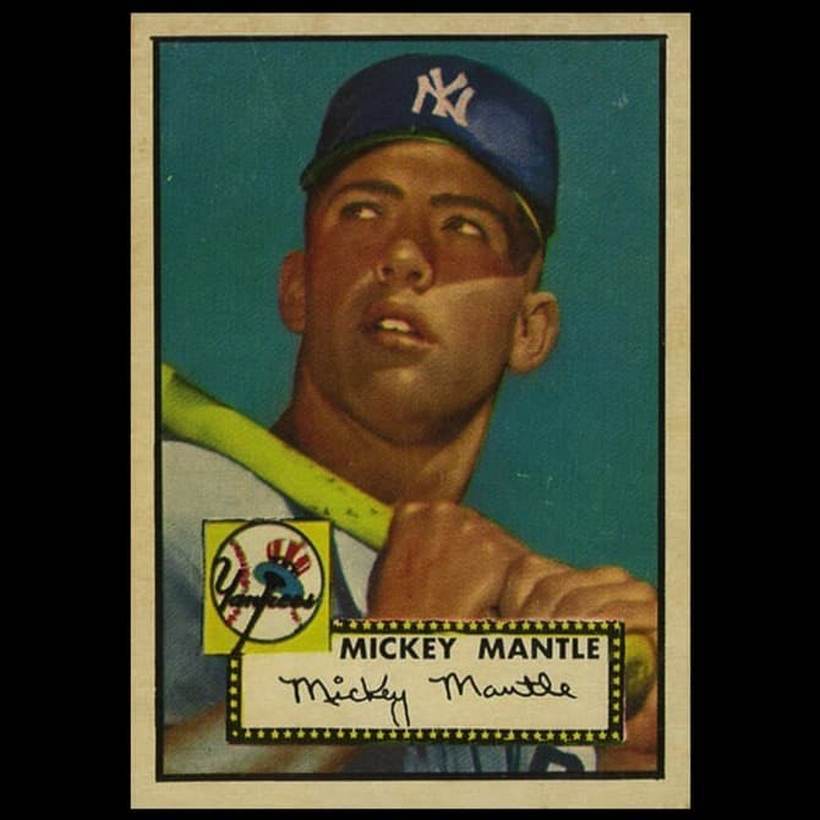 The Mick, or The Commerce Comet as Mickey Mantle was often called, played as a center fielder and first baseman for the New York Yankees between 1951 and 1968 and is considered the best switch hitter in baseball history, having achieved 536 home run hits among other feats when he retired. 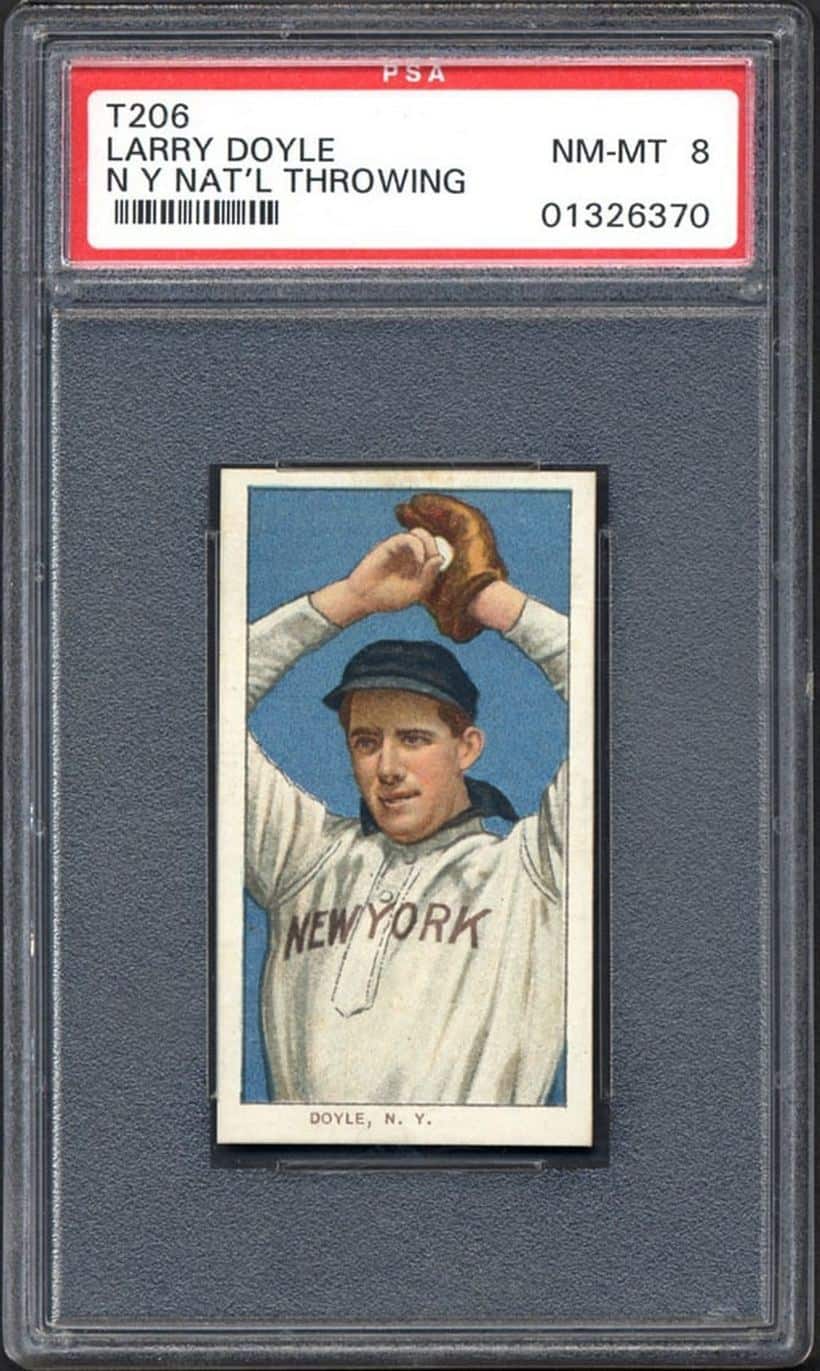 Judd Bruce Doyle’s baseball card, made by the American Tobacco Company, is an extremely rare and difficult one to find since it’s estimated that there are only six of them left in the whole world, but when found, it’s traded for an amazing $329,000.

Judd Bruce Doyle was called Slow Joe due to the fact that he was a very slow pitcher, taking his time between pitches. He played for the New York Highlanders and Cincinnati Reds between 1906 and 1910, winning 22 games and losing 21 in his short career. 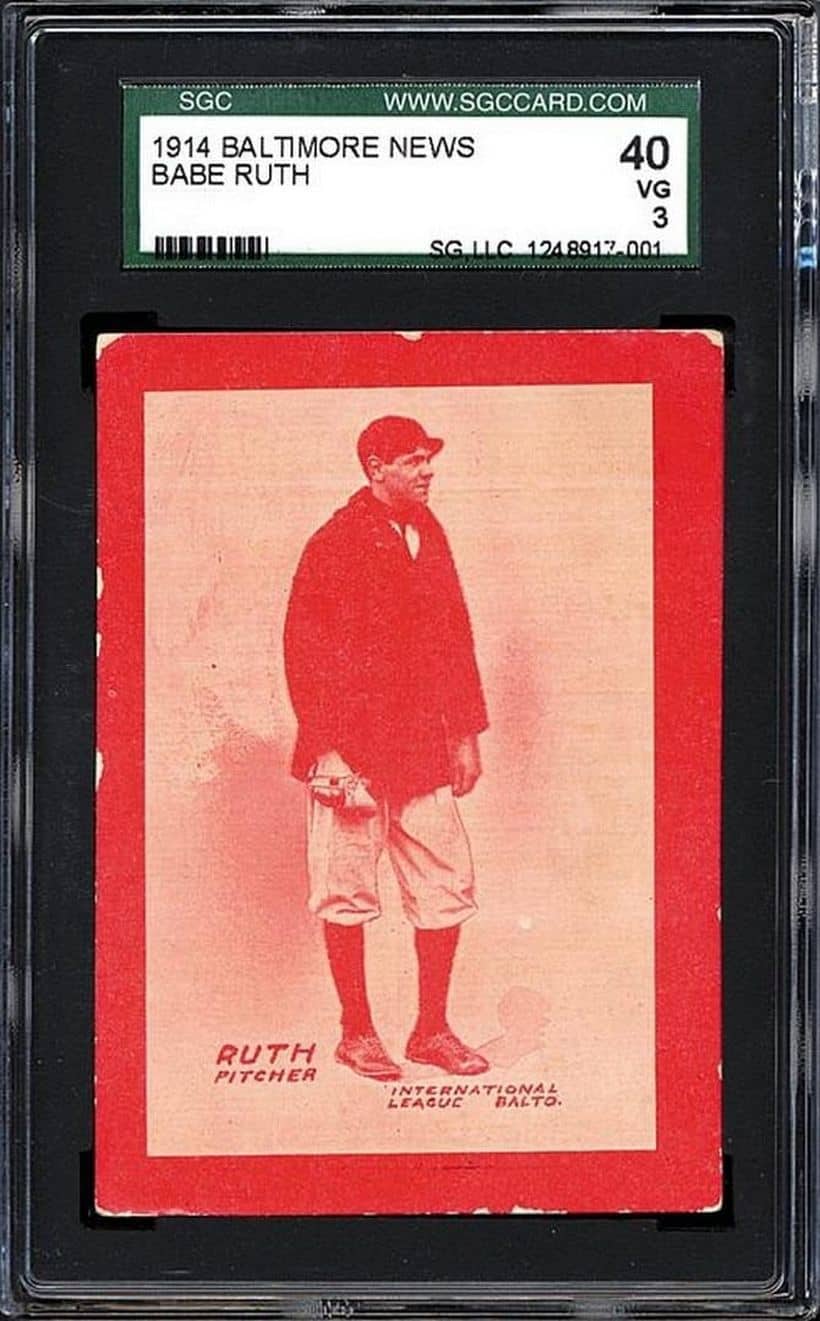 George Herman ‘Babe’ Ruth was another legendary baseball player whose career spanned for 22 seasons, between 1914 and 1935. Nicknamed The Bambino or The Sultan of Swat, he started as a left-handed pitcher for the Boston Red Sox after which he moved to the New York Yankees as a sluggish outfielder.

He broke record after record during his career and was considered by many to be the greatest baseball player of all time, becoming one of the first five players to be included in the National Baseball Hall of Fame back in 1936. It’s no wonder that with such a fame, his player card is worth a staggering $517,000 today. 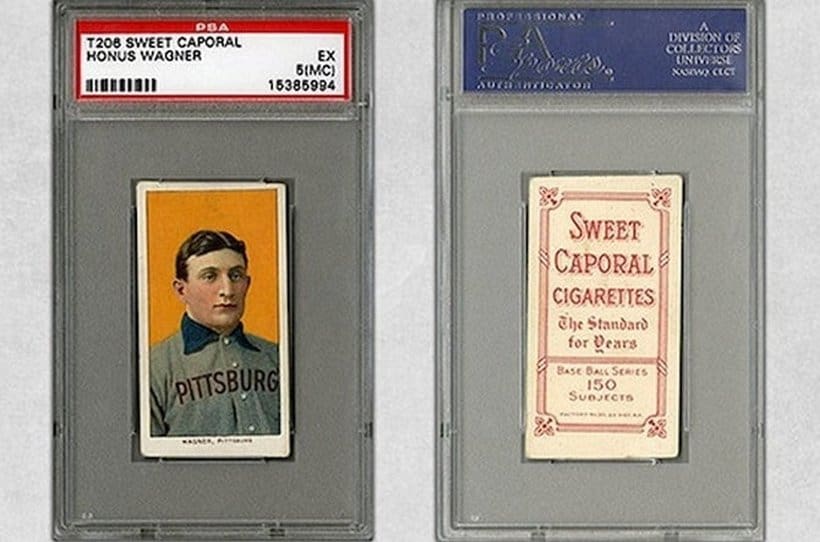 Honus Wagner gets the first spot with a player card released just one year prior to the one at number seven on our list. It’s the rarest baseball card in the world, with a quality rating of PSA 8, which means the highest quality of all that survived, and it was sold at an auction for a jaw-dropping $2 million.

Funny thing, Honus was against smoking and objected to having his image used on cigarette boxes, but that’s what’s on the back of his card. Guess it doesn’t matter anymore, does it? 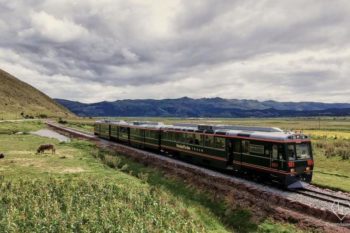