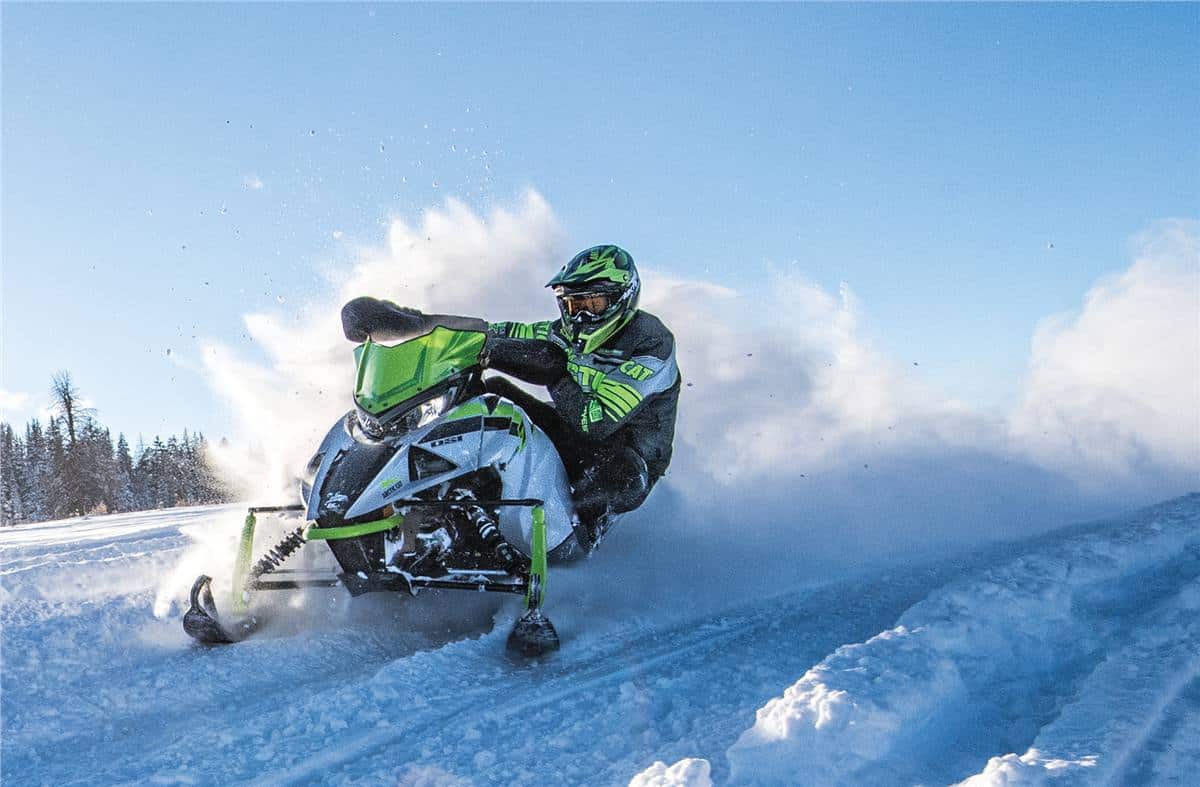 The challenges of winter transportation over deep snow-covered, cross-country terrain pushed people invent and test all kinds of vehicles beginning before the 1900’s. The combination of results and new ideas was a slow process that led over time to the development of the snowmobile.

Nowadays, these vehicles are mostly used for recreational purposes, but if you live in those distant icy parts of the world, then owning one it’s crucial since that’s a must have for winter travel. Given their utility and wide acceptance in sports, an entire industry has developed around them.

Though most machines were initially equipped with rubber tracks, the lack of their durability pushed the producers to use a Kevlar composite to ensure a durable enough track for even the most demanding use. Besides that, their engines evolved a great deal, today even competing with cars in terms of engine power and of course, price.

Besides their general utilitarian purpose, snowmobiles are used in plenty of winter sport activities such as trail riding, freestyle, racing, mountain climbing, boondocking, carving or ditch banging. Don’t know what some of those activities mean? Well, let’s say that they’re the most intense things you could do deep into the back country on a snowmobile these days. Oh, and we didn’t say anything about summer activities yet. Imagine grass and asphalt drag races or water skipping. Who said that only winter is fun?

While the first snow vehicle prototypes were most of the times funny creations, today’s snowmobiles can be powerful, expensive and stylish state of the art machines. Let’s take a look at The Top 10 Most Expensive Snowmobiles, which by the way is a field dominated by the company Arctic Cat, the leader in the industry:

Introduced first in 2012, the model has been upgraded along the years. This one has an Independent Double Wishbone suspension in front and a Slide-Action suspension on the rear, with 10 inches of travel, respectively 13.5 inches on the rear. Expect as well Rear Hydraulic Disc Brakes and a price of $16,399. Just imagine how cool you’d look on this one, especially if you were sporting an incredible Patagonia sale outfit.

A performance type snowmobile, the 2017 Arctic Cat ZR 9000 RR 129 has the same 4-stroke, horizontal in-line 3 cylinder 998 cc engine as the previous one, and mostly the same characteristics, but it is situated in the low height category, so expect better stability and a lower center mass. And $100 more, as the price for this one is $16,499.

The Arctic Cat XF 9000 Cross Country Limited 137 comes equipped with the same engine as his aforementioned brothers and has the same overall specifications but better performance as its the number one rated snowmobile in the 2017 Performance category on Snowmobile.com.

The other more important difference is it’s track’s length, 137 inch and the fact that it has a rear storage compartment, which is a useful addition. It has a price tag of $16,599.

The 2017 Arctic Cat ZR 9000 Limited 137 is nothing but the bigger brother of the ZR 9000 Limited 129 model found at number 10 on our list. By bigger we meant lenghtier, since the track length is just 8 inches longer on this one. And yeah, it’s a little bit more colorful than his smaller brother.

In terms of specs, they’re the same, but it seems like the customers prefer the longer track version over the smaller one. The price is different as well, as the ZR 9000 Limited 137 costs a good $16,649.

This 2017 model of Arctic Cat, the ZR 9000 RR 137 is nothing but the twin brother of the 129 version at number 9 on this list. They even have the same paint pattern, with the only notable difference being the length of the track they use.

But due to that, clients prefer it a lot more, at least when you look at the ratings given on Snowmobile.com. Nonetheless, the price tag increased with the length of the track, reaching a high $16,749.

Moving on to the 2018 Arctic Cat models, the ZR 9000 Thundercat is a model introduced only last year, but one that delivers better handling, more control over the sled, lower effective starting ratio and shock adjustment through a simple clicker.

Developed for racing through racing, the 2018 Arctic Cat ZR 9000 Thundercat might have you racing to the bank first, because it costs a good $16,799.

The younger model of the 2018 Thundercat, the 2017 Arctic Cat ZR 9000 Thundercat 137 is still the better seen one, maybe because people are used with it, thus the higher ratings. Or maybe due to the more friendly colors and design.

There is no big notable difference between the two apart from design, color and height, the 2018 model being 1.2 inches higher than its 2017 counterpart. The price difference is only $100, as the new model costs $16,899.

Higher and longer is the name of the game for the 2018 Arctic Cat XF 9000 High Country Limited 153. Fitted with next generation body panels, lower windshield and having an overall more aggressive look, this Cat is made to cut through the air and snow more easily than its brothers.

The track length of 153 inches, longer than most other models, put it at number one in the 2018 Performance type user rating. The price for this machine is $16,899.

The 2018 Arctic Cat ZR 9000 RR prides itself with being shorter and lower than most models, so that with the same specifications, it can be a little bit better in terms of overall performance when compared to its brothers.

Besides that, the price of $17,199 makes it the most expensive snowmobile in the world right now.