The Top 10 Most Expensive Movie Costumes Ever Sold

Iconic films and their actors were always praised by fans even long after most people forgot them. Apart from that, the great costumes that certain characters wore on screen were always wanted by fans all over the world and they would be ready to drop huge sums of money to add them to their collections.

Once a film is a thing of the past, the attire is auctioned to the public, which further makes it into some great cosplay or much adored collections that serve as beautiful reminders to the new owners’ favorite movie stars.

Let’s take a look at The Top 10 Most Expensive Movie Costumes Ever Sold: 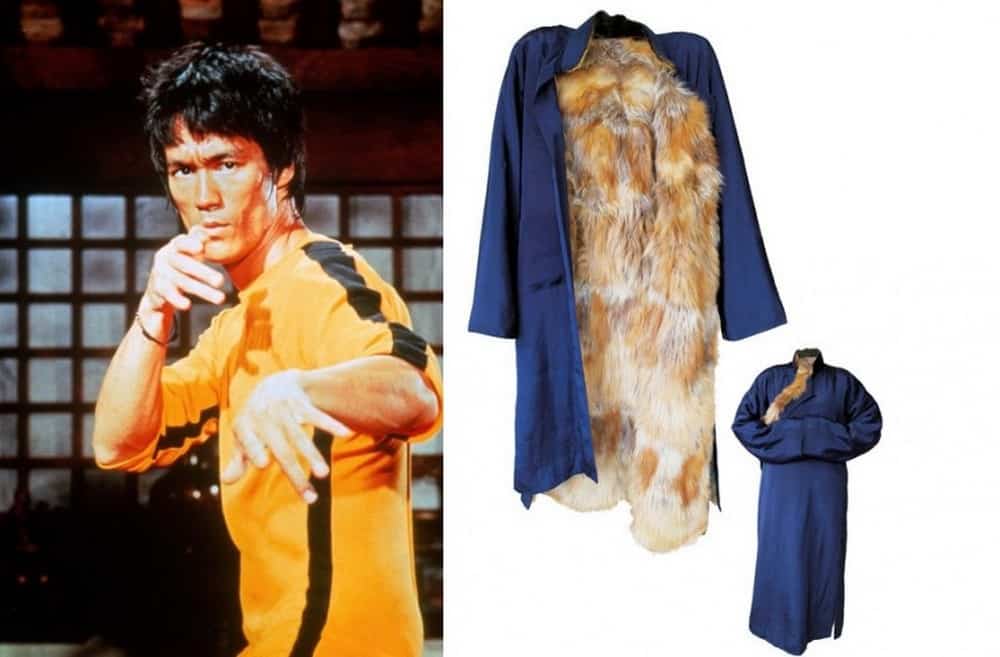 The costume coat worn by the martial arts expert Bruce Lee during the filming of Game of Death, his last film attempt, was one of the most enjoyed pieces of his wardrobe. He wore it on many occasions, including public events such as the premiere of Enter the Dragon, making it even more valuable for his fans.

Bruce Lee wrote, directed, produced and starred in the Game of Death, but due to his sudden death at the age of 32, the film never got out. His fans admired him so much that one of them bought Bruce Lee’s costume coat for $77,000 at an auction in Hong Kong in 2011, despite the fact that nobody expected it to be sold for more than $10,000. 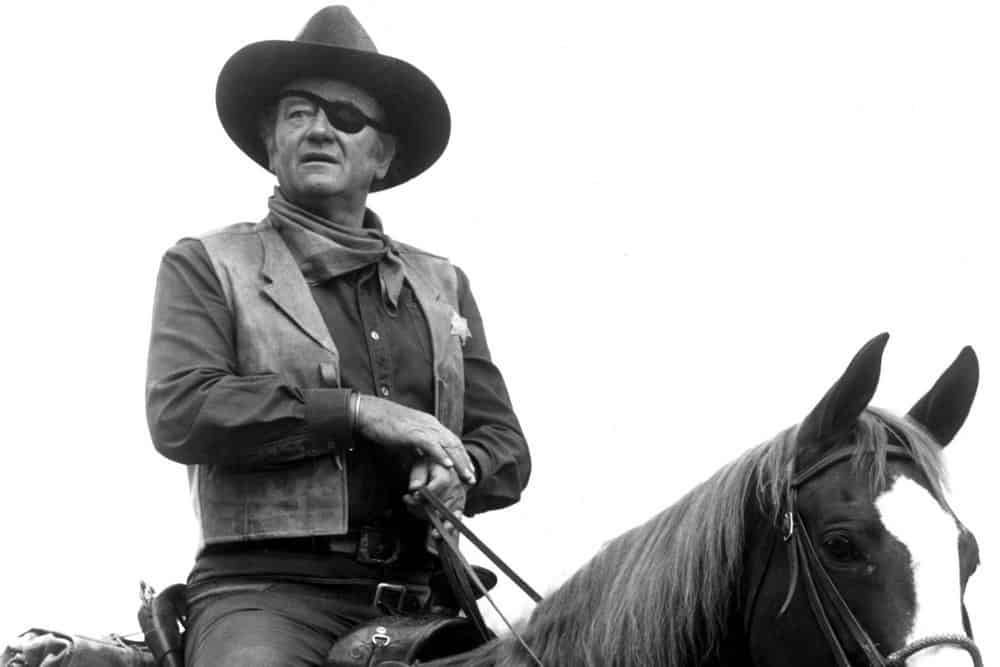 The 1969’s True Grit brought John Wayne the only Academy Award for his portrayal of Rooster Cogburn. For the role, he wore a full cowboy suit with a shirt, jacket, waistcoat, pants, boots, the ubiquitous cowboy hat and let’s not forget about that eye patch that gave his character that tough look. 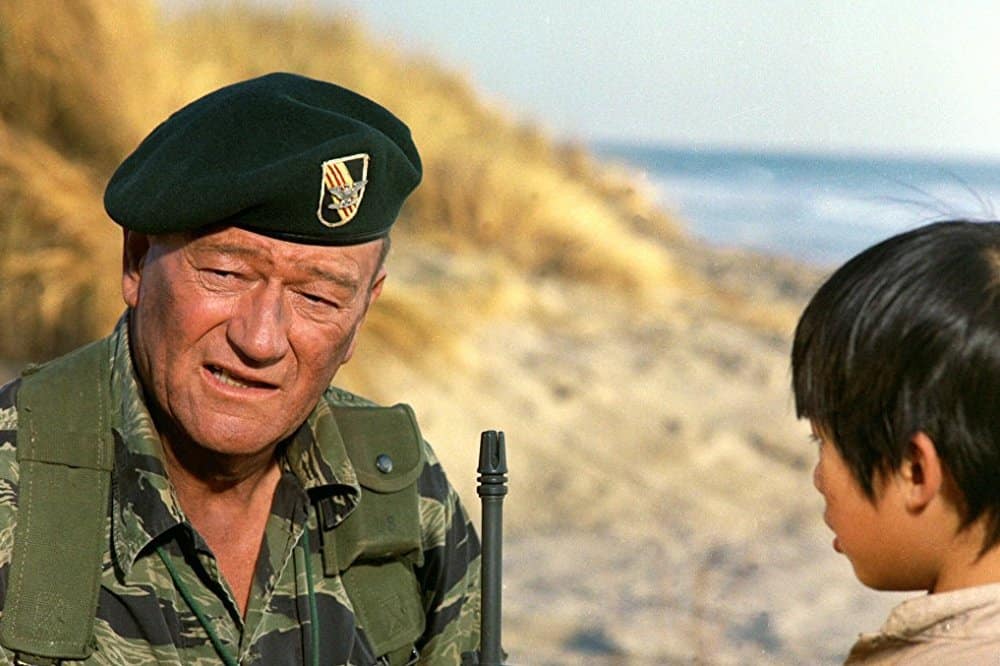 The Green Berets was another John Wayne movie, this time with a focus on the Vietnam War, based on the eponymous book by Robin Moore. The movie, made in cooperation with the military with the support of President Johnson, was released in 1968 with a strong anti-communist theme, but received negative feedback from the critics.

Despite all that, the main character, Mike Kirby, portrayed by John Wayne, was loved by his fans. The green beret he wore, a symbol of special forces, was sold at an auction after his death from stomach cancer. The item raised a total of $179,250 and went to the John Wayne Cancer Foundation as an aid in the fight against cancer. 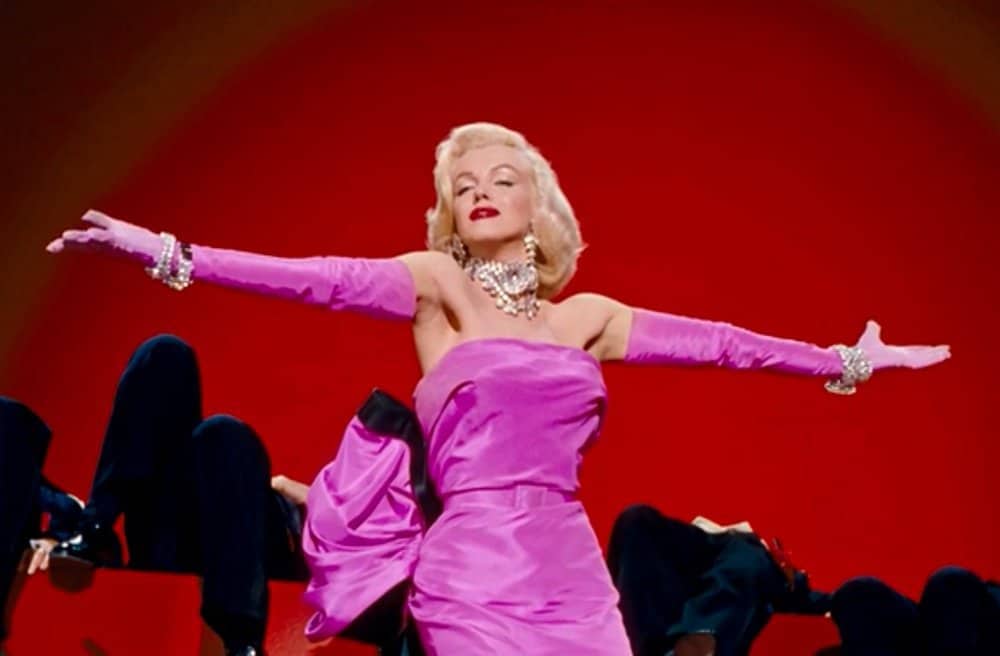 One of the classic Marilyn Monroe films, the 1953’s Gentlemen Prefer Blondes, got to be one of the most popular films of the period due to her musical scene where she sings Diamonds are a Girl’s Best Friend.

In the movie, the actress stands out not only through her great performance but also by wearing that bright pink satin dress designed by William Travilla. The dress was sold at an auction and raised a good $310,000. 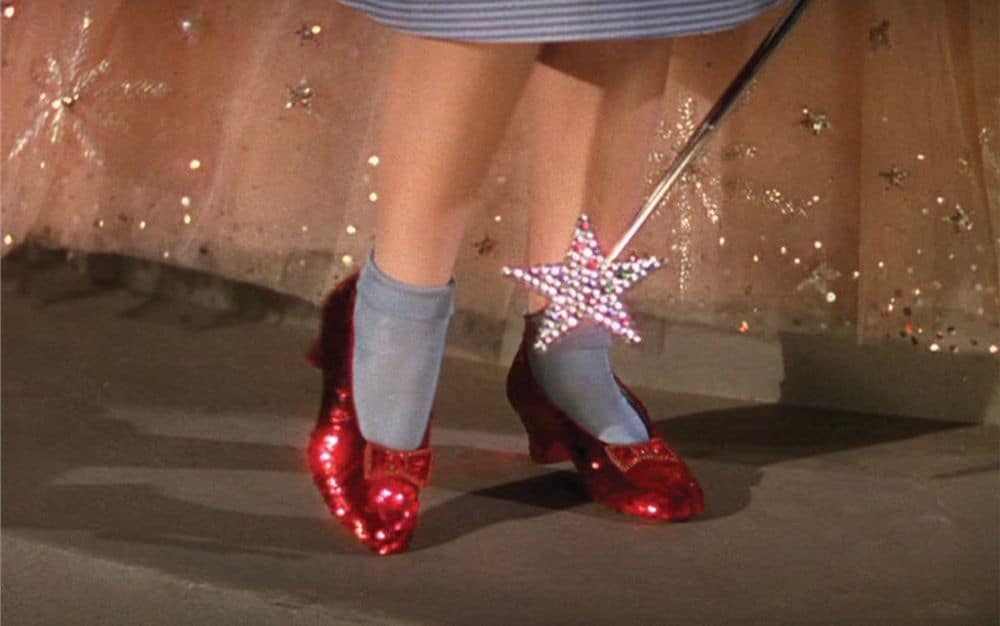 Judy Garland’s Ruby Slippers from the Wizard of Oz are some of the most expensive shoes in the world today. Created by Gilbert Adrian, chief costume designer for MGM, they’ve got 2300 ruby looking tinsels on each one.

In the movie, Dorothy clicks her heels and makes a wish to get back home but she ends up in the world of Oz. That clicking led to the shoes being scuffled so they had to make more than one pair. One of them was sold in May 2011 for a whooping $612,000. 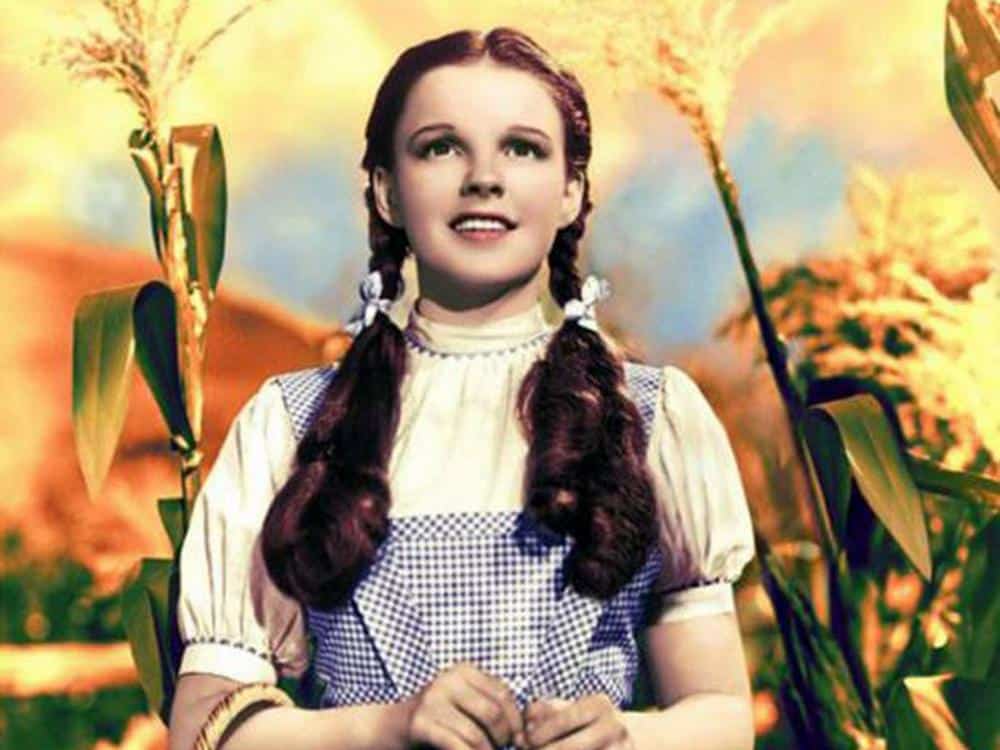 Apart from her famous shoes, the costume wore by Judy Garland in the revolutionary movie Wizard of Oz is another valuable piece of garment that got the attention of the fans.

The blue and white gingham dress, designed as well by Gilbert Adrian, marked with the name of the actress, was sold at an auction to be used in displays and raise money for charity. The price was a jaw-dropping $910,000. 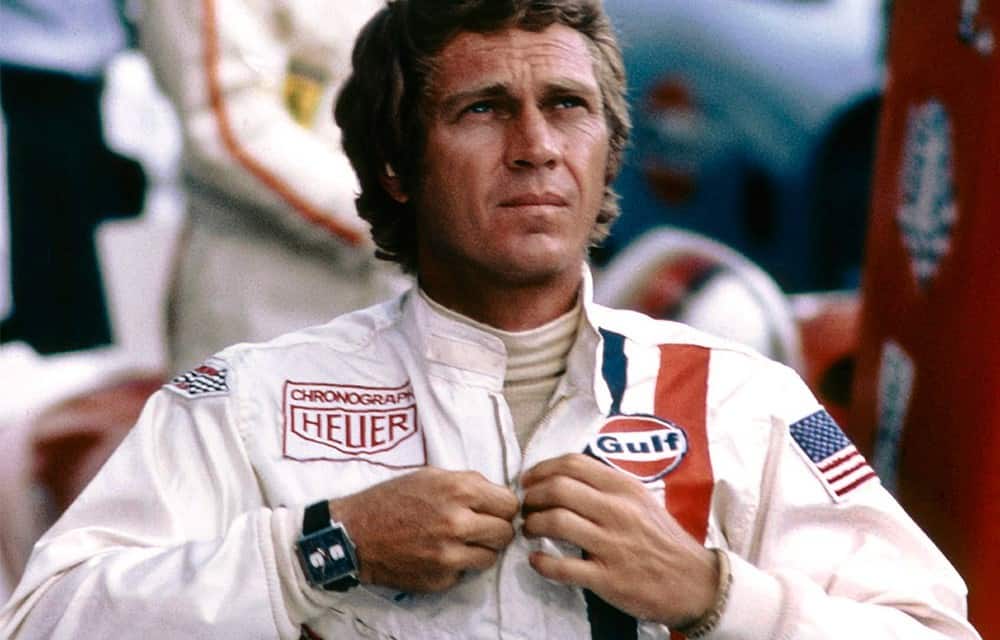 Released in 1971, Le Mans was an action film which contained actual footage from the 24 Hours of Le Mans auto race. It was seen as one of the highlights of the racing movies of the time.

The character Michael Delaney, portrayed by Steve McQueen, wore a costume made by Hinchman of Indianapolis, bedecked with the logos of Gulf, Firestone, Heuer and the American flag and it’s one of the most expensive pieces of racing memorabilia. It was sold for an outstanding $984,000. 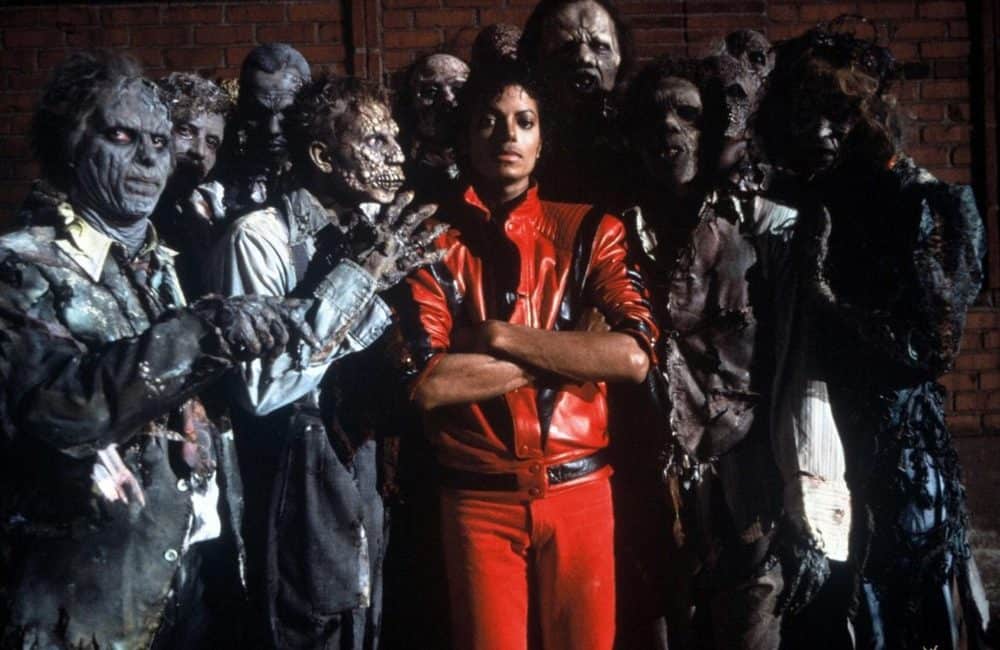 The famous red and black leather jacket with winged shoulders and a stand-up collar wore by Michael Jackson in his music video Thriller was afterwards given to the costume designers Dennis Tompkins and Michael Bush with an inscription which said ‘Love Michael Jackson’.

The jacket – valued at first at around $400,000 – was in the end sold at an auction for a sky high $1.8 million, proceeds which went to the Shambala Preserve where Michael’s two Bengal tigers are housed. 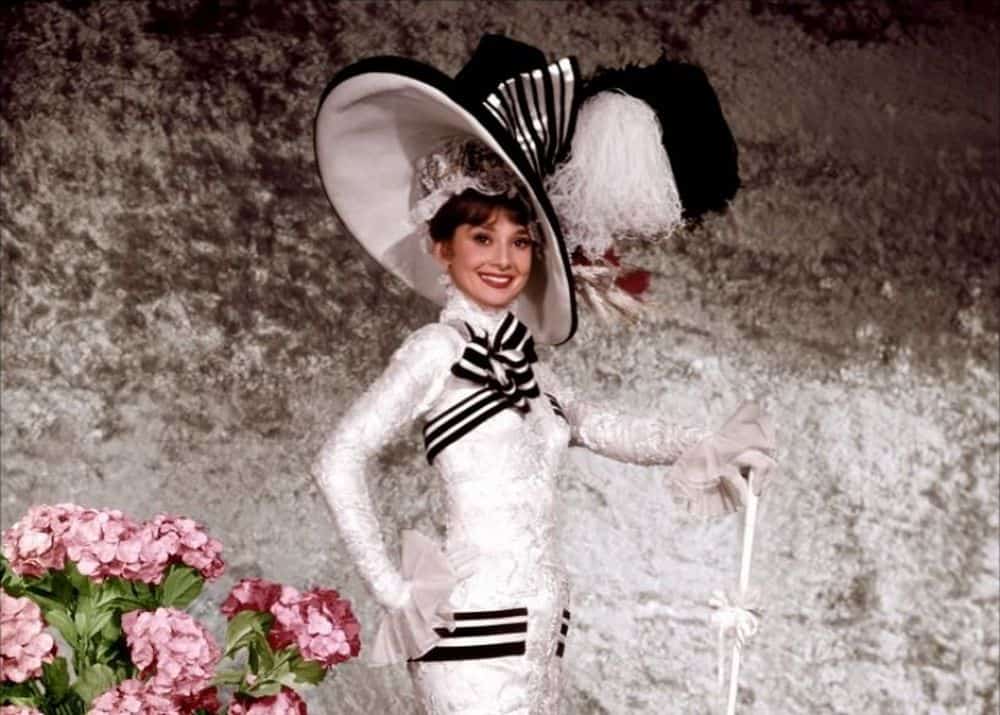 The 1964 film My Fair Lady brought eight Academy Awards to its creators. One of the awards went to Cecil Beaton for Best Costume Design for the Ascot costume wore by Audrey Hepburn in the horse racing scene.

The character stands out through the black and white costume and the flowery hat with ostrich feather plumes. With its lace and embroideries, the very recognizable silk dress was sold at an auction for a tremendous $3.7 million.

Marilyn Monroe’s most iconic dress, worn during the filming of The Seven Year Itch for the scene where her dress is blown upward is the most expensive movie costume ever sold. No wonder, since the scene is one of the most memorable movie scenes ever.

Initially planned to be shot on the street, but so many fans gathered to see the actress that the director decided to move everything on a set. The ivory colored dress with a zipper fastening on the back was sold for an astounding $4.6 million.

Tags:
Previous Article
The first Numarine 26XP Yacht Was Delivered to its Owner
Next Article
Weekends at Pink Sands Club Canouan Would be Unforgettable