The Top 10 Most Expensive Books Ever Sold

Used since hundreds of years ago, books are probably the most important step in mankind’s evolution. From the papyrus scrolls used in the Ancient Egypt and the manuscripts in the monasteries of The Middle Ages, books evolved into what we know today and even appeared more and more in digital form.

While before Gutenberg’s invention of the printing press in 1439, books had to be written and copied by hand making them expensive and rare, today the process is so automatized and so much more easier for their digital form that books have become quite cheap and accessible.

Some might not think that one could pay a high amount of money for a book today, but you’d be surprised. There are a few books out there, old ones mostly, that are valued at super high prices.

Let’s find out which are The Top 10 Most Expensive Books Ever Sold: 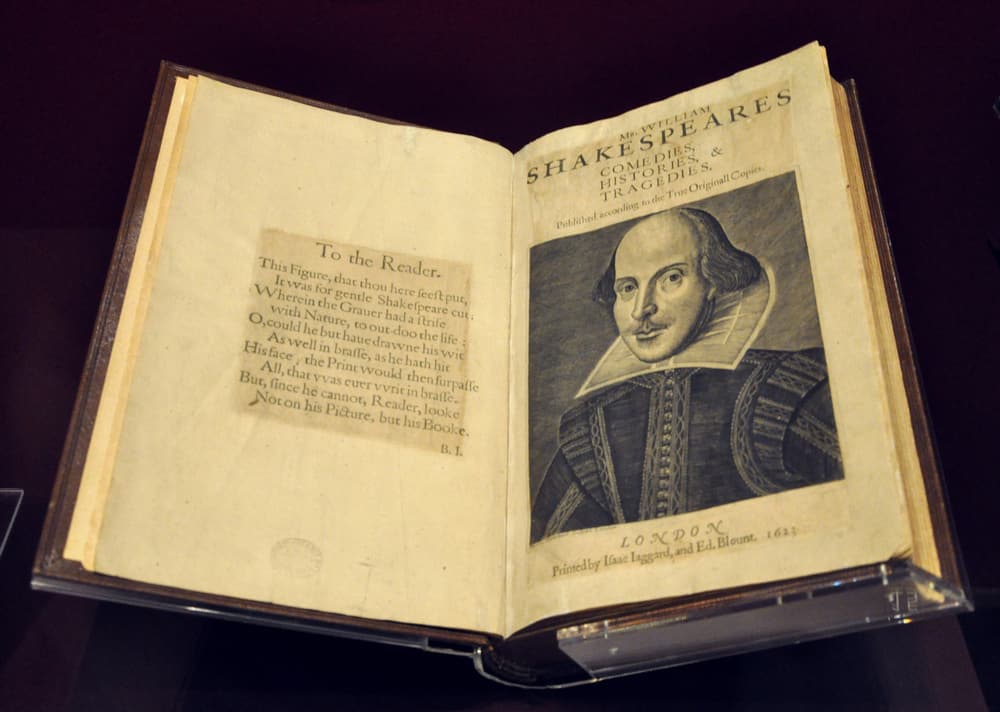 The collection of William Shakespeare’s plays, known as the First Folio is widely considered as one of the most significant books ever published in the English language. It appeared in 1623 and it’s the only reliable source for 20 of the 36 plays published, making it of extreme importance.

The book was printed in a total of 750 copies and back in the days it was sold for something between 15 shillings and one pound when it came out. Today, the First Folio is one of the most valuable printed books in the world, thing which makes it quite expensive. How expensive? Well, one copy was sold at the Christie’s auction house in New York in October 2001 for the astonishing price of $8.2 million.

9. George Washington’s Annotated Copy of the Constitution and Bill of Rights, 1789 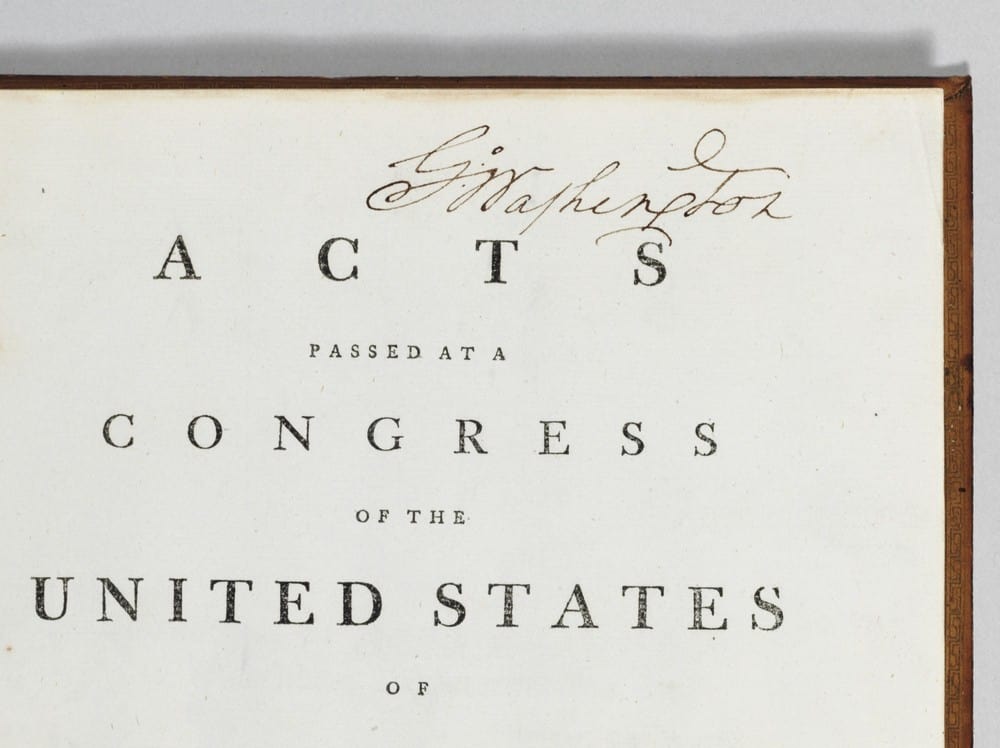 Representing a collection of important historical documents of the first Congress, it’s one of the most important American books and historical documents. This copy in particular belonged to George Washington himself and contains his handwritten notes and marks from his first year in office as a president.

The book, which remained in almost pristine condition after over 200 years, was sold at an auction in New York in 2012 for a whooping $10.2 million. The buyer was the Mount Vernon Ladies Association which preserves and maintains the Mount Vernon estate which belonged to George Washington as well.

8. The Canterbury Tales by Geoffrey Chaucer 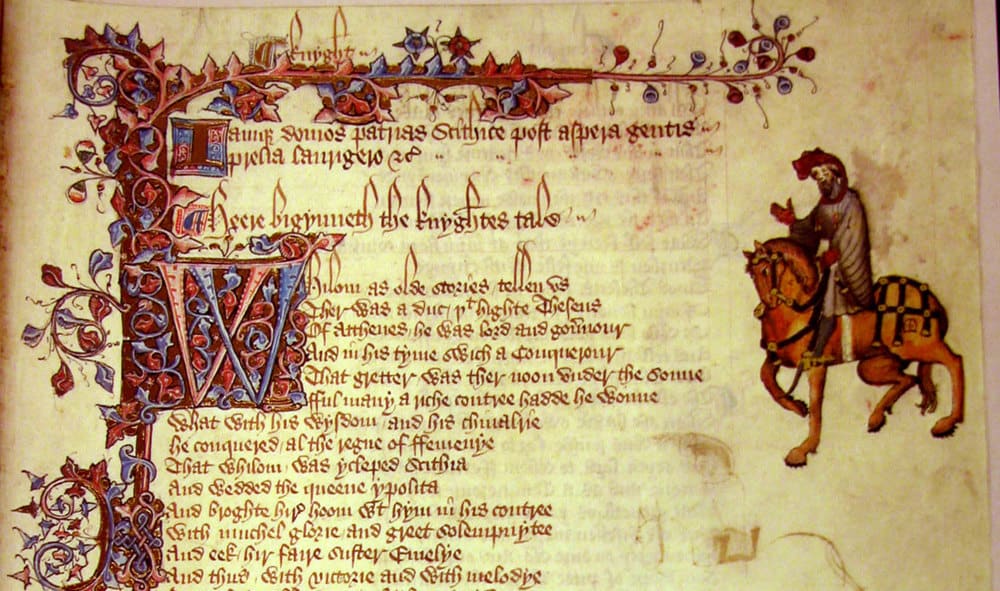 Written in the 14th century as a collection of stories told at a contest, the book The Canterbury Tales made Geoffrey Chaucer one of the most important writers of his time.

It seems that there are only around a dozen copies of the first edition of this book in existence, and one of them was sold at an auction in London in 1998 for the huge sum of $11.1 million. 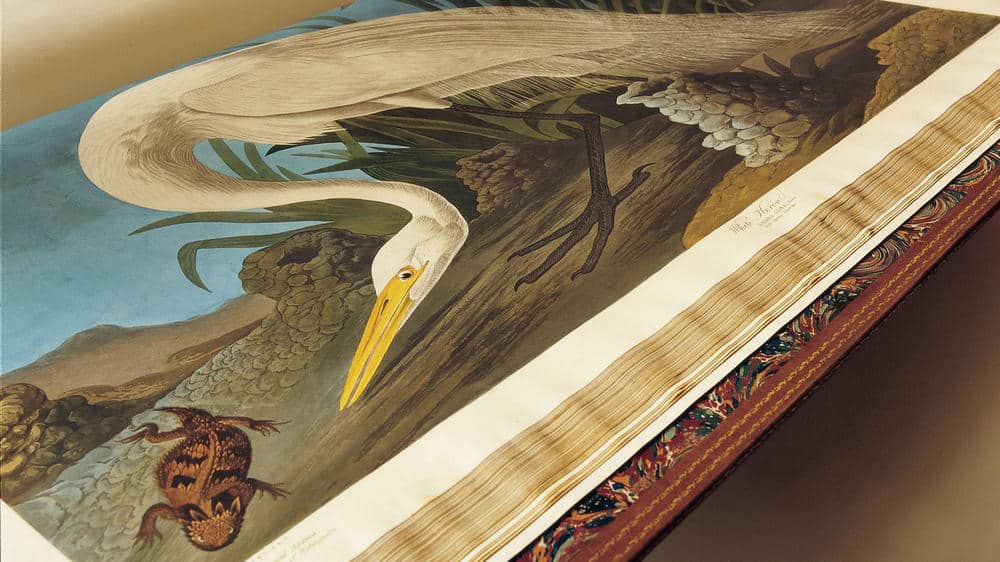 Birds of America is a book written by John James Audubon, an American ornithologist, naturalist and painter. The book contains a wide collection of paintings of birds from the United States, including six of them which are now extinct.

The first edition of the book came out between 1827 and 1838 in Edinburgh and London. The book is highly valued for its artistic brilliance so it’s no wonder that the price one art dealer in London paid for in 2010 rose to a good $12.6 million. 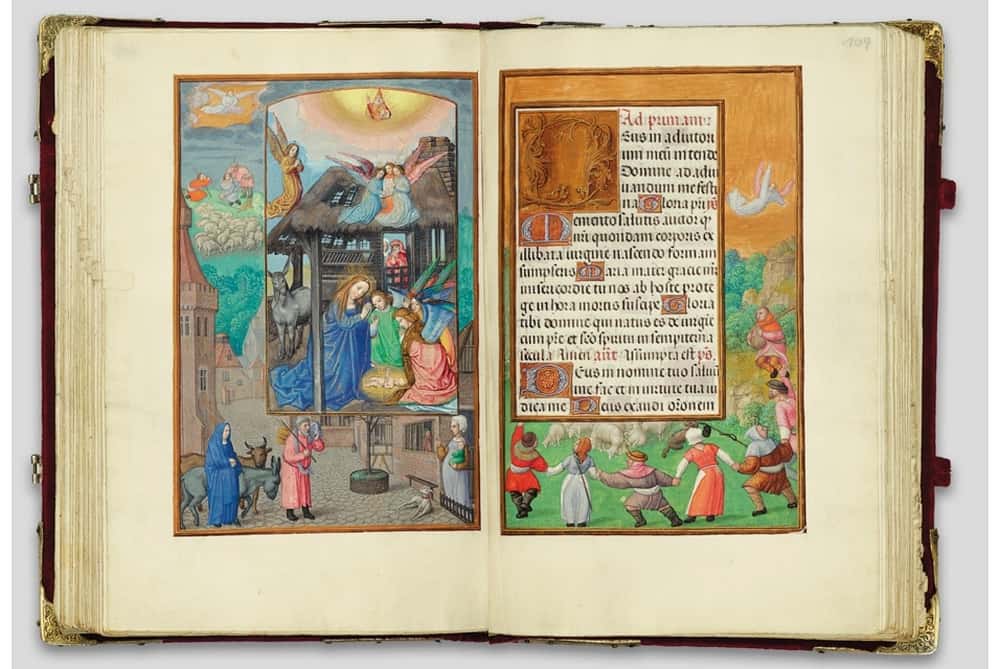 The book was first sold in 1999 by the Austrian National Library in Vienna and then again at a Christie’s auction in New York in 2014. The final buyer, Australian businessman Kerry Stokes paid an immense $13.9 million. Today, the book is on display at the National Library of Australia. 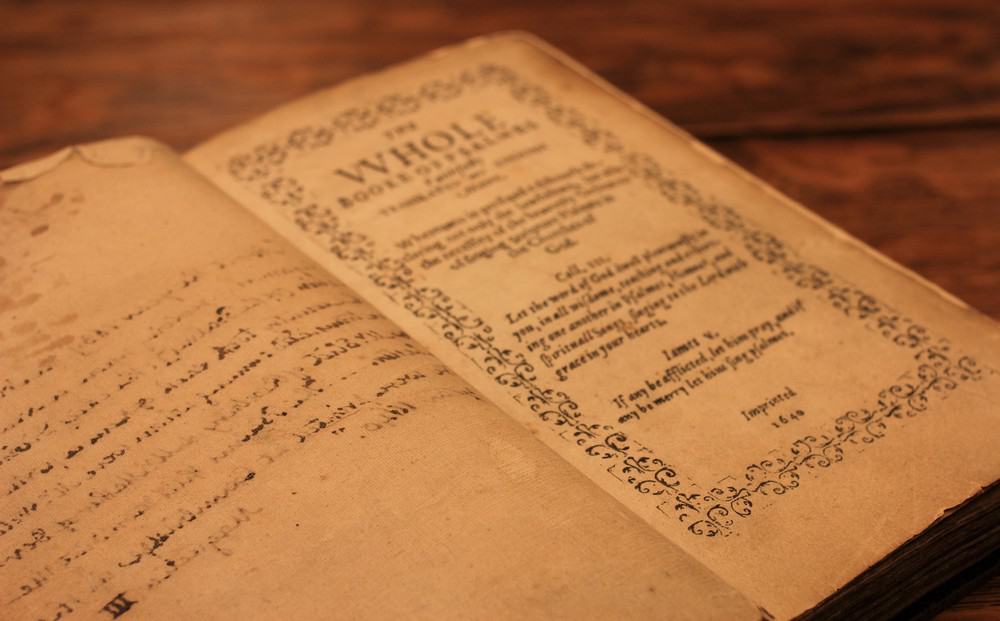 Dating from 1640, the Bay Psalm Book is the first book printed in British America, more precisely in Cambridge, Massachusetts. It’s one of the only eleven known surviving copies of this book containing metrical translations of Psalms in English. No, not metrical as in distance, metrical as in the basic rhythmic structure of a verse in poetry.

Since its rarity increased even further its historic value, the book has quite a high price tag. A copy was purchased by Rubenstein at an auction in November 2013 and the price that was paid for it was a tremendous $14.5 million. 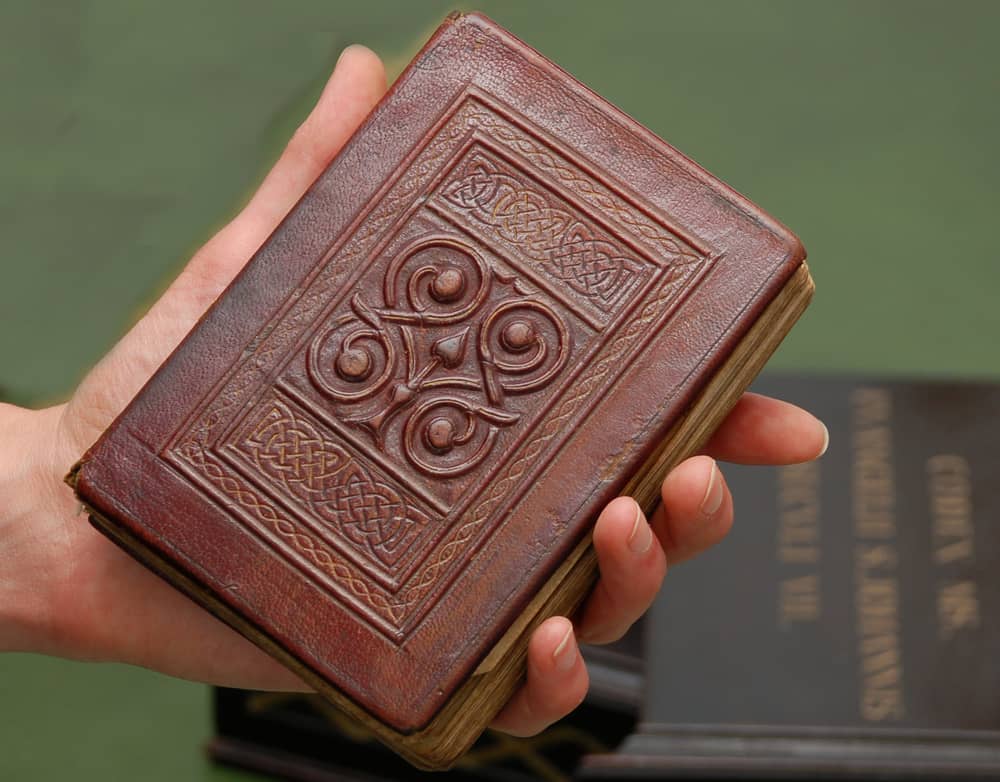 Did you think pocket books are a recent invention? They’re not, as St. Cuthbert Gospel is a pocket gospel book dating from the eighth century. It’s written in Latin, and has an exquisitely decorated leather binding, the earliest western book binding known in existence.

The book consists of 94 vellum folios and has a simple interior. The purpose of it was to be placed in the tomb of Saint Cuthbert of Lindsfarne in North East England but somehow it got all the way across centuries, ended up at an auction in 2011 and was sold to the British Library for the whooping price of $15.1 million. 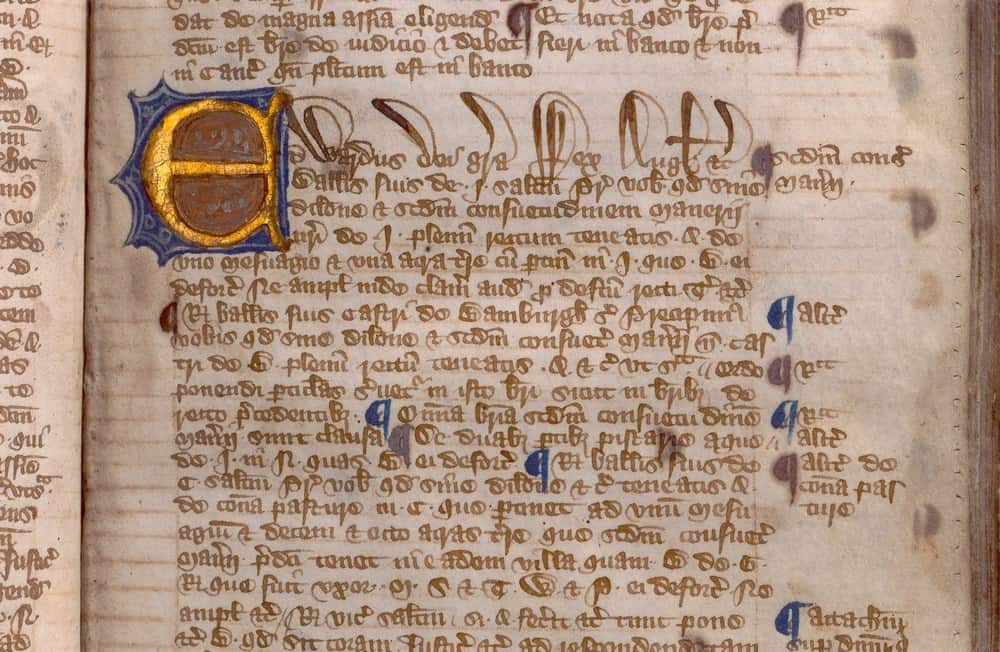 Magna Carta Libertatum is one very important book for the political life of England, a charter that King John of England agreed to on 15 June 1215 at Runnymede and which was renewed by every monarch in its turn. It was published in 17 editions, but there’s only one that survived the passage of time.

Across the ages, Magna Carta lost its practical significance but gained a historical value. And a commercial one, since the book was sold in 2007 to the billionaire Ross Perot for the astounding price of $24.5 million.

2. The Gospels of Henry the Lion 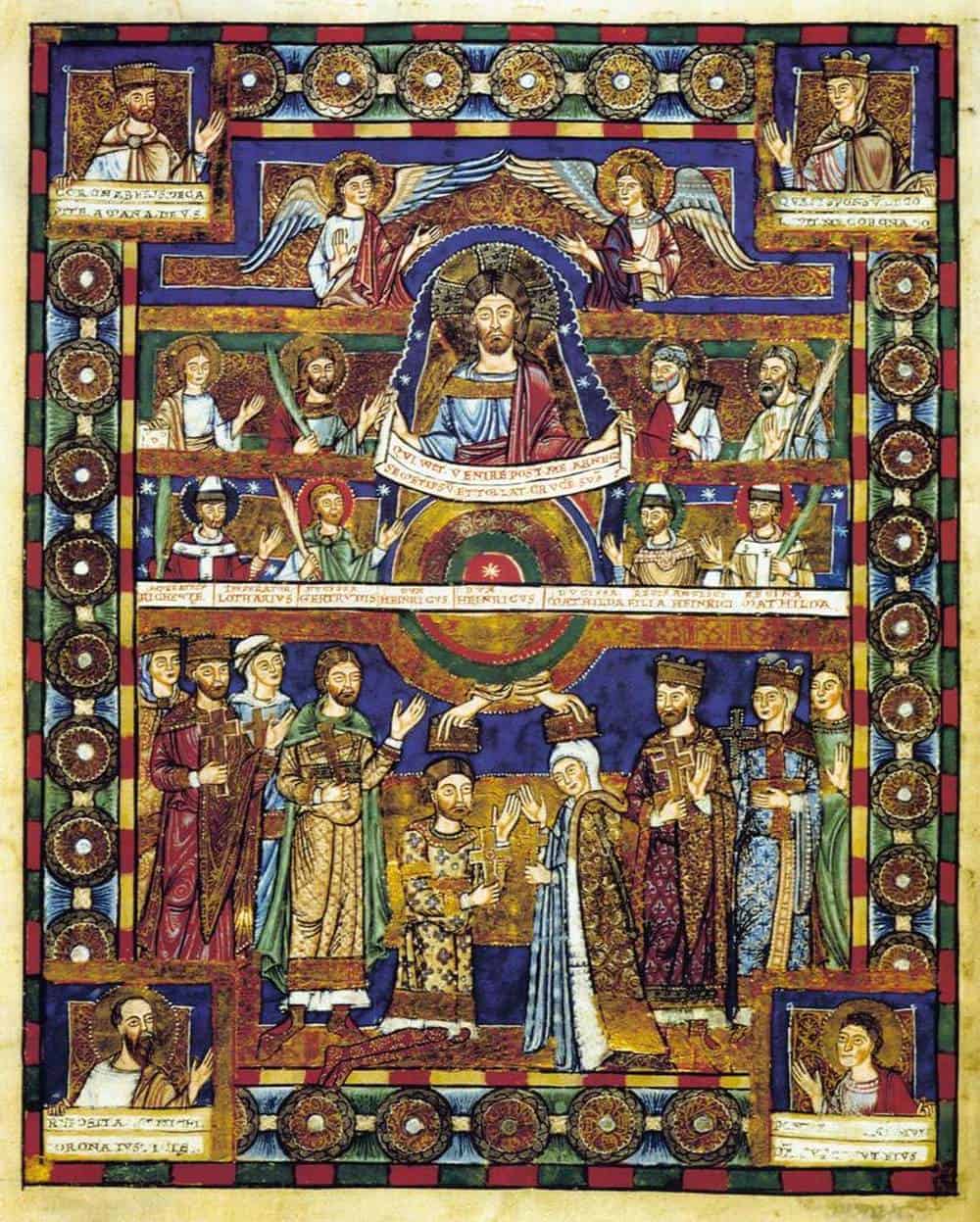 Created for the altar of the Virgin Mary in the church of St. Blaise’s Abbey, Brinswick sometime in the 12th century, The Gospels of Henry the Lion is an amazing work of art showing the wonderful craftsmanship of the Romanesque monks.

The book contains the text of four gospels spread on a total of 266 pages out of which 50 are full page illustrations. In an initiative to recover and preserve the national treasures of Germany, the book was purchased at an auction in 1983 by the German government, backed by several private donors, for the astonishing price of $28 million. The book is kept in the Herzog August Bibliothek in Wolfenbuttel and it’s displayed once every two years. 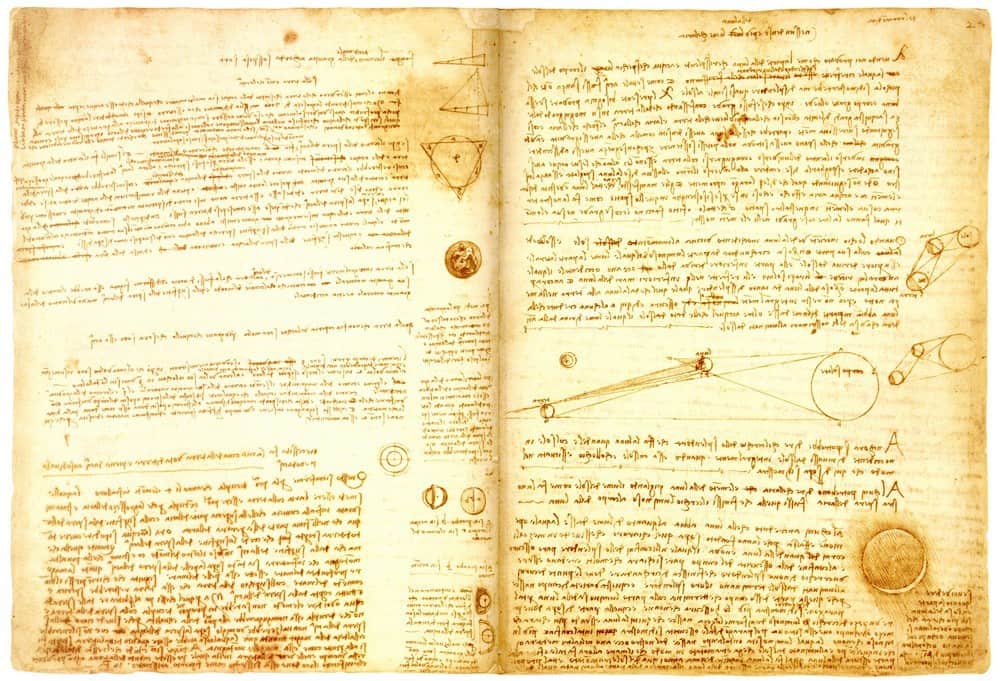 Published in 1510, the codex contains some of the scientific writings of the Italian Renaissance master Leonardo Da Vinci. It was named after Thomas Coke, the Earl of Leicester, who purchased the 72 paged codex in 1719.

Bringing together observations on astronomy, properties of fossils, water and rocks and studies about light, the Codex Leicester is not the only scientific journal of Leonardo Da Vinci, but it stands out due to another fact. In November 1994, it was bought by Bill Gates for an incredible $49.4 million, making it the most expensive book ever sold.

The Top 10 Most Expensive Books Ever Sold
Tags:
Previous Article
The Sleek Ocean Alexander 90 Received a Fresh New Look
Next Article
Meson Panza Verde is a Charming Retreat from Guatemala