The Top 10 Most Exciting Smartphone Releases Of 2020

With the world of smartphones evolving so fast right now, there’s always something new around the corner, waiting to surprise us with innovative features and ridiculous specs. Phones have come a long way since the early 90s. Now you can surf the internet easily, read books, play your favorite games, and install dedicated apps that could help you manage your finances, health and productivity.

But wait, that’s just a small part. Smartphones don’t only rival with computers today, but also with cameras, allowing you to take high quality photos and even record 8K video. They could do a myriad of other tasks as well, like watching movies, listening to music, checking a fake ID, and best of all, they’ll keep you connected with your friends and family.

How much farther can they go? Well, there are a lot of rumors and leaks about this year’s upcoming smartphones, with the Apple iPhone 12, Samsung’s recently launched Galaxy S20 or the all new Motorola Razr pushing the boundaries in terms of design and performance once again.

We’re going to take a look today at the 10 most exciting smartphone releases of 2020. Some of them have been released already, while others are just around the corner. 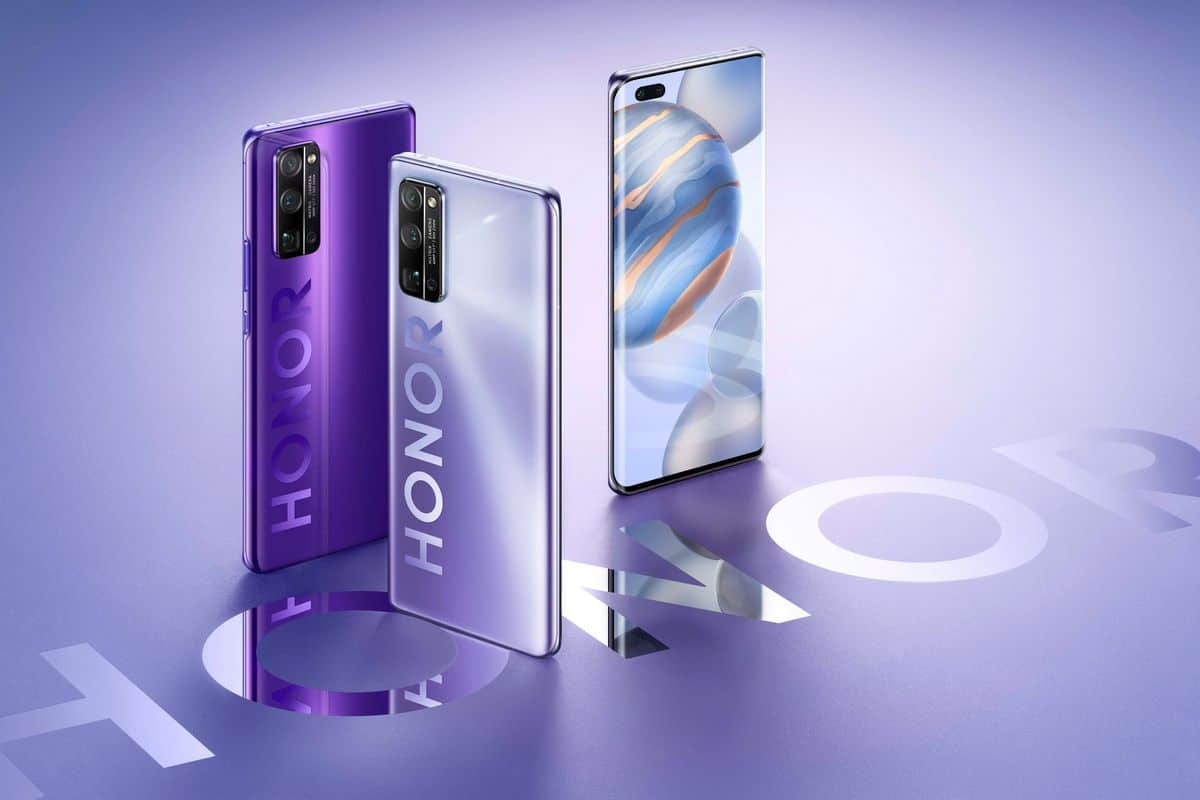 Huawei’s sub brand Honor has released its new flagships just a couple of days ago, with the Honor 30, 30 Pro and the 30 Pro+ featuring a similar design, with an OLED display plastered on top, 40W charging, a 50x zoom camera and more. The Honor 30 has a single selfie shooter up front, while the 30 Pro and 30 Pro+ come with a dual selfie camera setup.

On the back, the Honor 30 Pro and the Honor 30 Pro+ feature a triple camera setup, while the Honor 30 boasts a surprising quad camera layout. Powered by an impressive Kirin 985 SoC processor and with 6 to 12 GB of RAM, these smartphones will be extremely fast and since they’re also more affordable than other high-end smartphones on this list, they might be a great chioce. 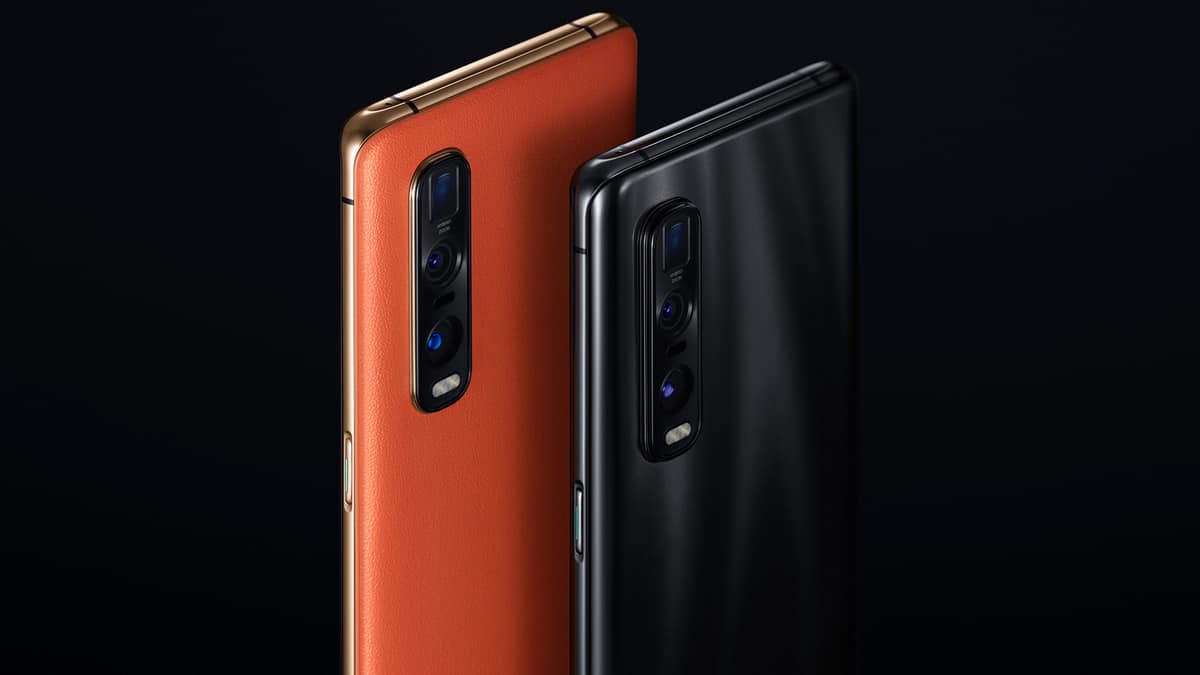 Oppo recently hit the market with another dynamic duo: the new Oppo Find X2 and the X2 Pro. Both smartphones have a 6.7-inch QuadHD screen and 120Hz, which has the power to run the resolution and the refresh rate in simultaneous ways. At first glance, this display is even more impressive than the display on the Galaxy S20. Moreover, these phones offer 65W charging, that was also seen on the Reno Ace.

Both smartphones run on Snapdragon 865 processor and they support 5G too. They’re also packed with up to 12GB of RAM. In terms of cameras, the Pro has two 48MP lenses, while the X2 has a main 48MP sensor and also a 12MP video lens, with a dedicated 5x zoom. 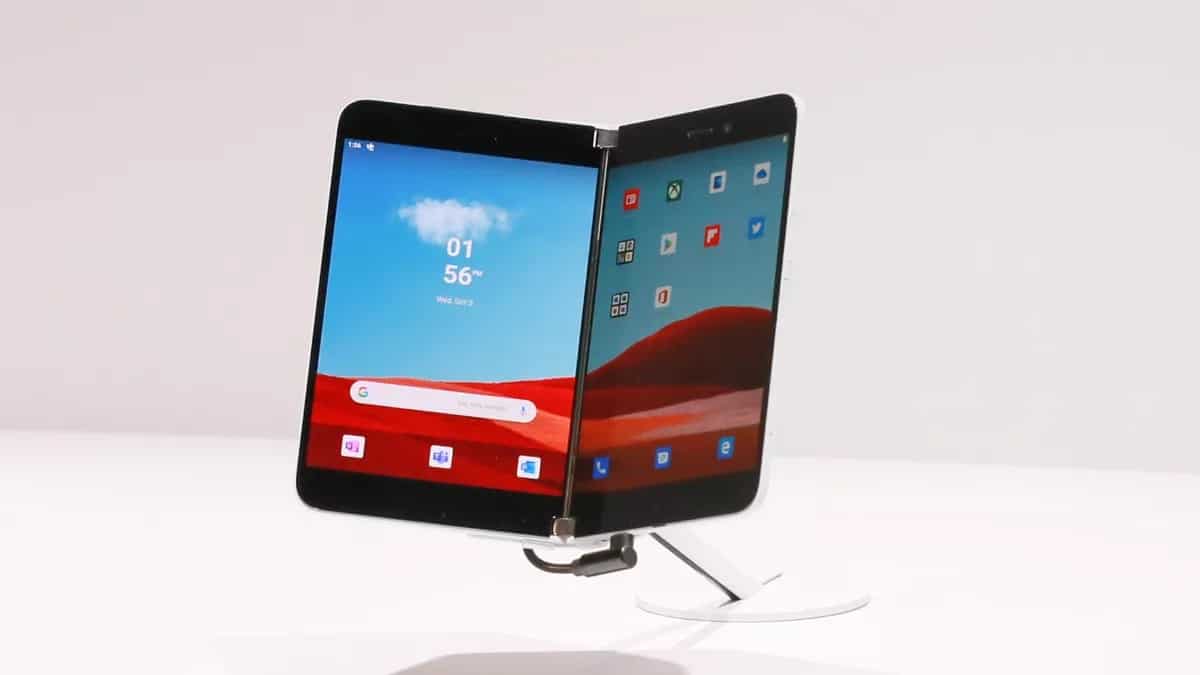 Microsoft always plans to release something that will shock and awe everyone, and that might be the case with the new Microsoft Surface Duo. This revolutionary smartphone is not fully foldable, but it has two 5.6-inch displays that can completely rotate 360 degrees. That means you can use this device in multiple orientations, with everything kept in place by a hinge in the middle.

Like many other Android flagships, the new Microsoft Surface Duo is powered by Qualcomm’s Snapdragon 855 processor. The dual screen device will bring together the best of Microsoft and Android, helping you take productivity on the go to completely new levels. 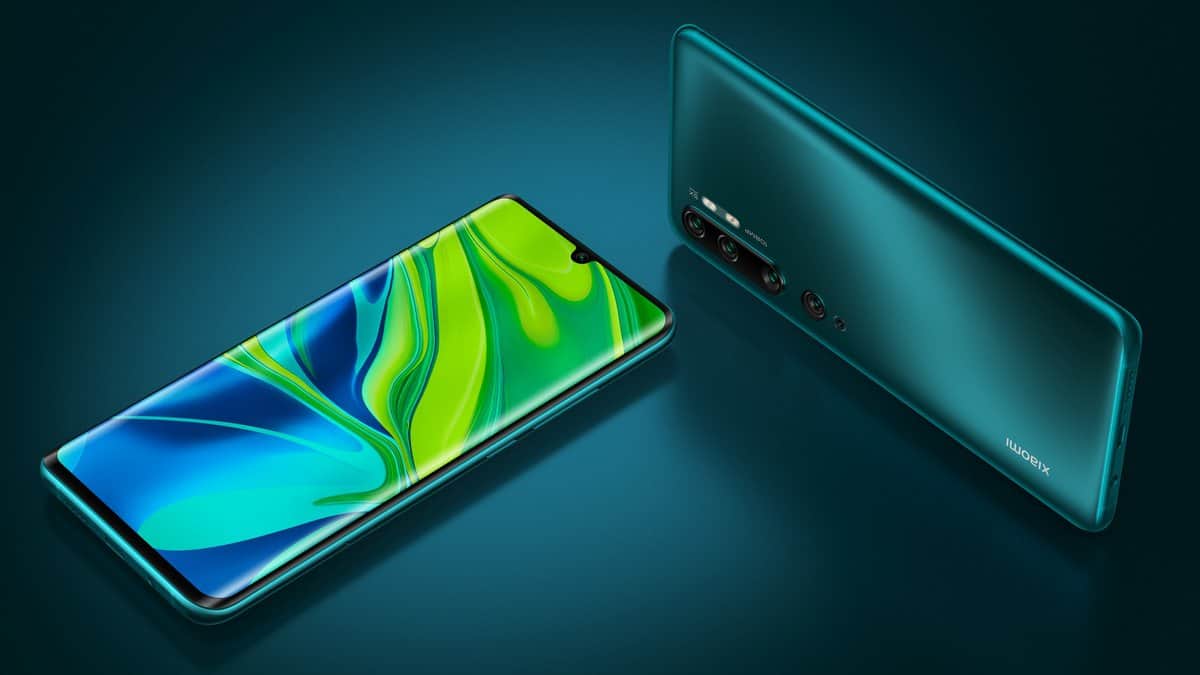 With trends always changing in the smartphone world, Xiaomi planned to go all out with the new Mi Note 10. This phone is the most expensive device they’ve ever released, so it has to be special, right?

Looking at the specs, it’s definitely an interesting phone, with a Penta camera setup, an incredible 108 MP lens, also an ultra-wide-angle 20 MP camera, a 12 MP tele, another telephoto with a 5 MP sensor and lastly, a 2 MP macro camera. Just like everyone else, this phone aims to take phone photography to new heights. 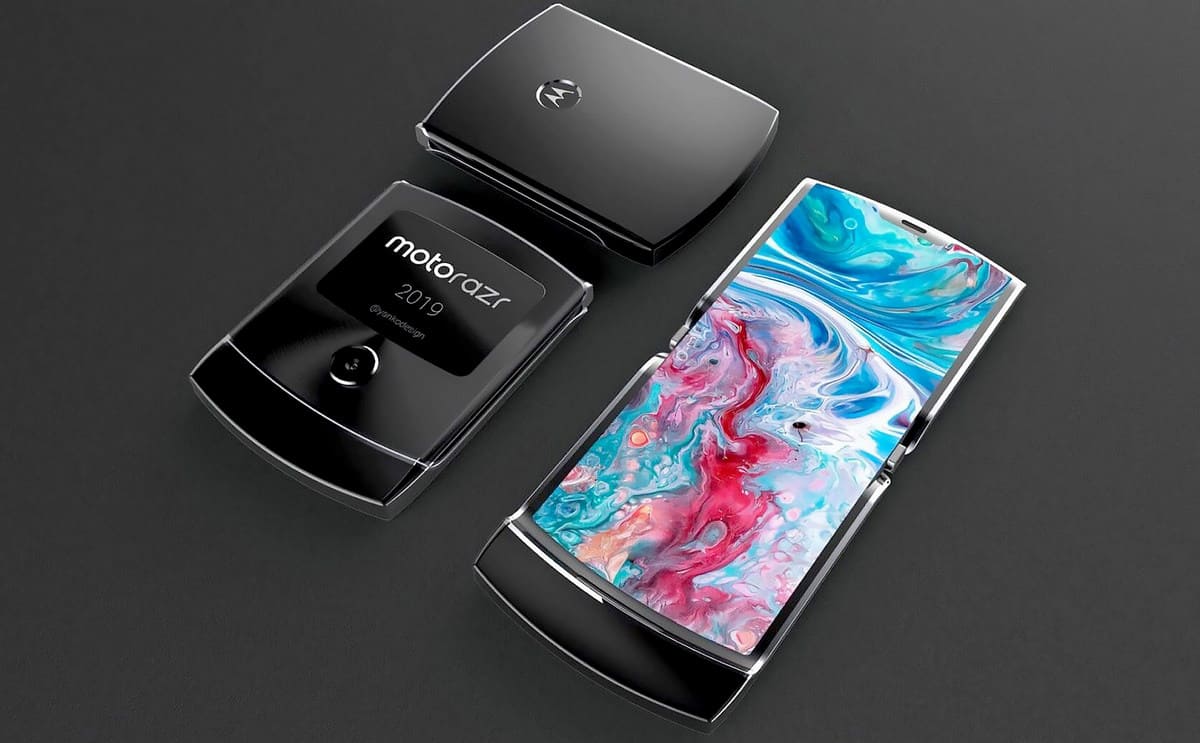 Back by popular demand, the new Motorola Razr aimed to liberate the world from the boredom of glass-rentangled phone designs. This phone looks just like the modern successor to the Razr we’ve always wanted, folding completely flat to fit in smaller pockets easily. But with that small footprint there are also a lot of downsides: like less power, onboard storage and battery capacity.

The new Motorola Razr shot awesome selfies and it had a super cool outer screen, but the biggest turn off was.. its price. It would have been a serious contender for budget smartphone fans, but this device was actually 50% more expensive than some of the best phones out there. Not a good value for money. 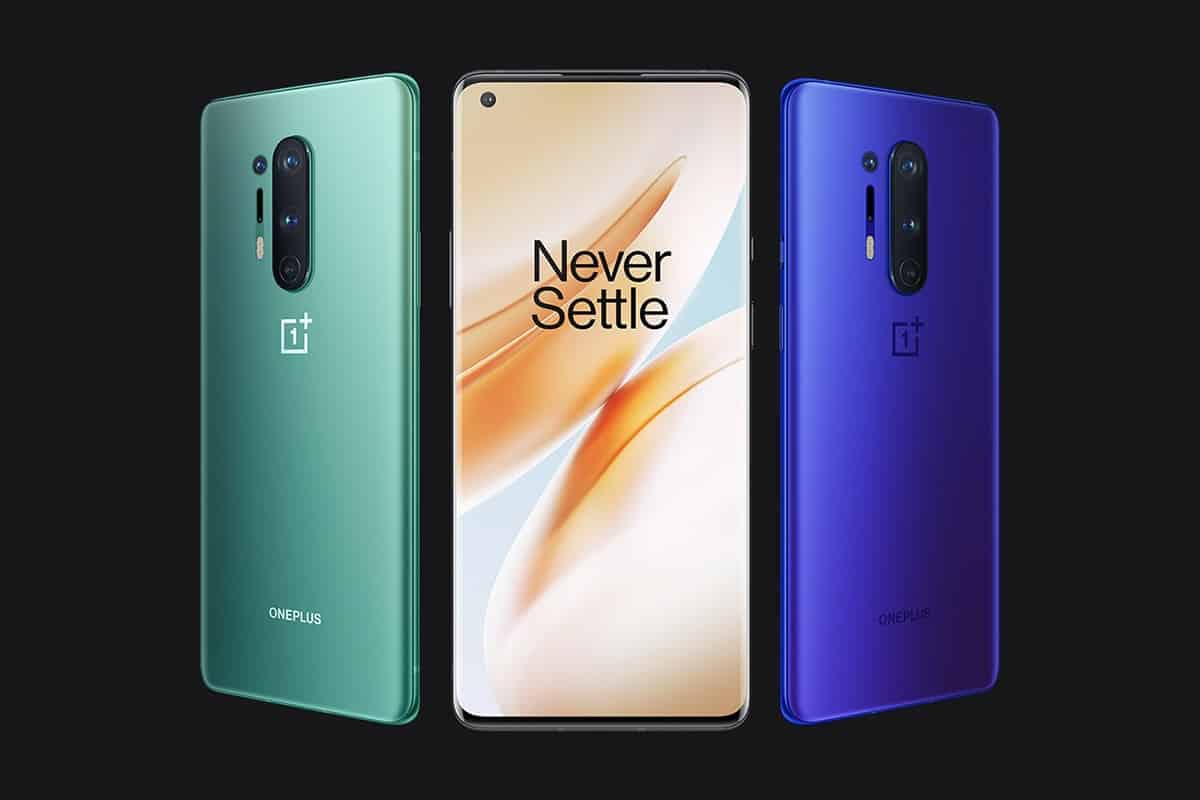 OnePlus also released its new flagship in the first months of 2020 and the OnePlus 8 received all the updates we could have wished for on the OnePlus 7T. The new OnePlus smartphone offers its users a 6.55 inches wide screen with an AMOLED Display, 1080p resolution, and a 90 Hz refresh rate (120 Hz for the Pro model). But that’s not all.

This phone is powered by a Snapdragon 865 with a triple camera setup and a power-packed battery of 4300mAh. With all this, the OnePlus 8 Pro is one of the heavyweights on the market, even though it has a similar design to the OnePlus 7T. But it’s faster, more advanced and more fine tuned, so that will surely make a lot of people want an upgrade. 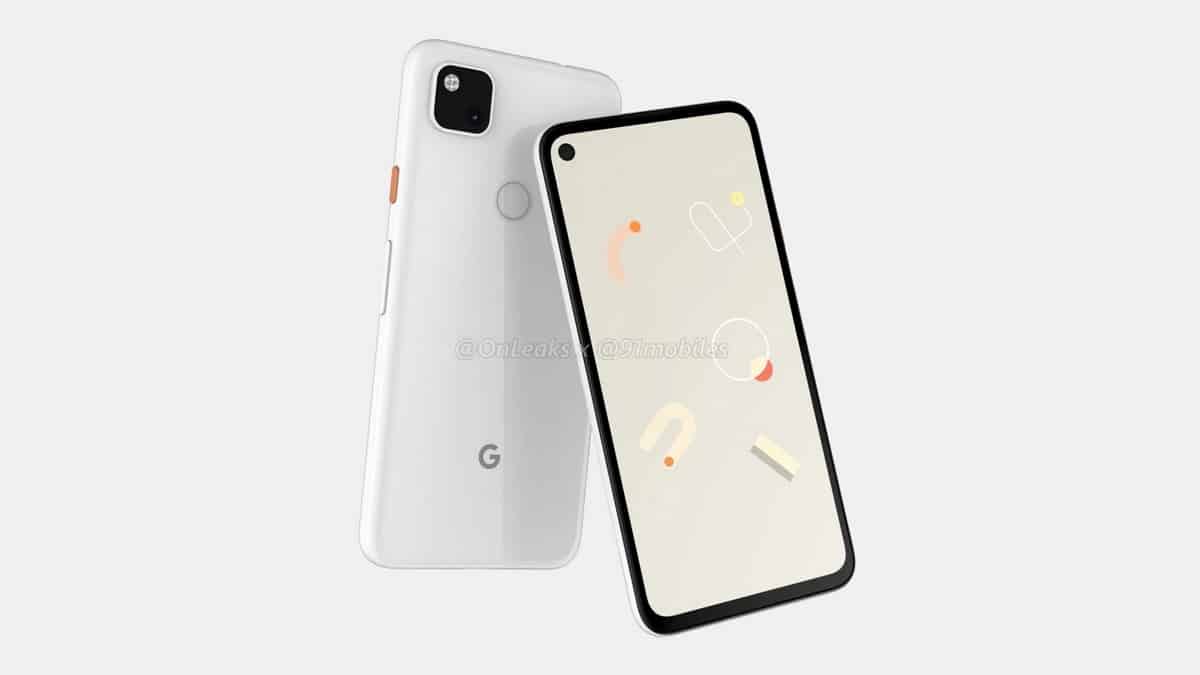 We just had to include a budget smartphone in this list. Even though Apple released its new iPhone SE 2020 just a few weeks ago, we’re more excited about the upcoming Pixel 4a from Google. Scheduled to be released in just one month, this phone will feature a clean design, with just one lens on the back, but it’s a camera that should deliver photos that will compare with those of a flagship phone.

The Pixel 4a will also offer a night mode for its camera, which is a big plus over the iPhone SE. It will also incorporate an OLED display, that’s 5.8-inches, a lot bigger than the tiny 4.7-inch display on the iPhone SE. Add in a headphone jack, that seems to be such a rare convenience these days, and you get the perfect budget-friendly smartphone.

Huawei received a lot of bad rep in these last couple of months, but they’re planning to make a statement with the new P40, the P40 Pro and the P40 Pro+. The Huawei P40 has a fortune of things to offer, as it has a sleek 6.1 inches OLED screen, and the mighty Kirin 990 5G chip on board. The P40 has a triple camera setup at its back and an extraordinary battery of 3,800 mAh.

Meanwhile, the P40 Pro and P40 Pro+ both have curved 6.8 inches OLED screens and boast an extremely high resolution. They also include wireless charging and reverse wireless charging. The Pro also comes with a quad-camera setup with a 10x hybrid zoom and the Pro+ has another camera that gives up 20x hybrid zoom. You should also know the Pro+ comes with more storage and a bigger battery. 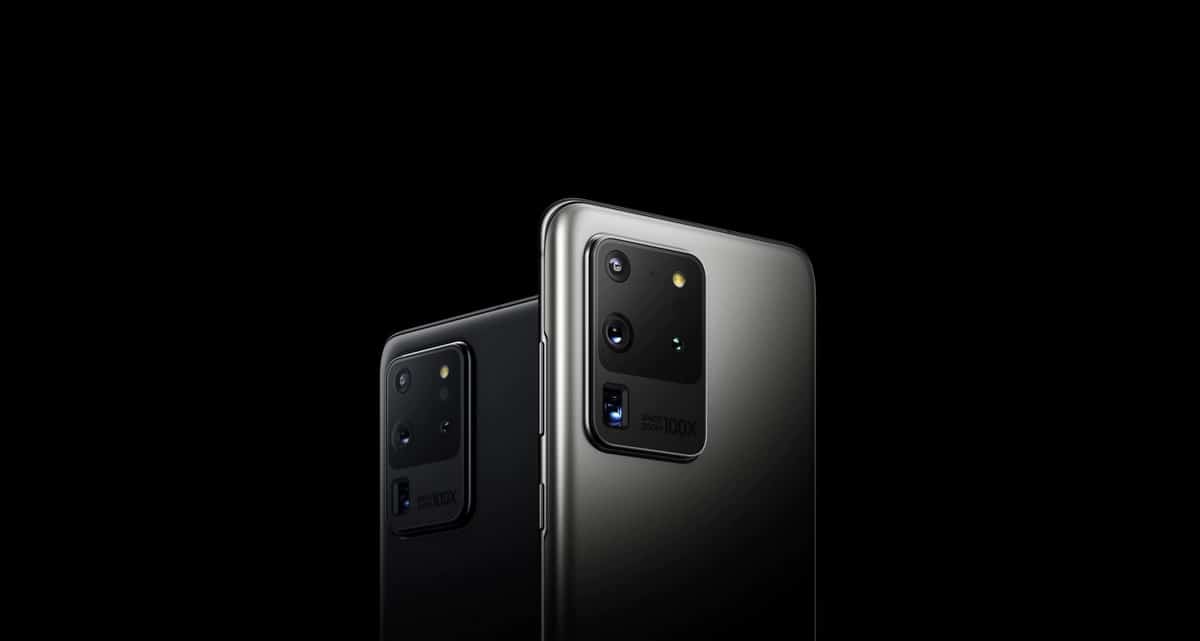 Samsung rocked the world last year with its Galaxy S10 and in 2020 they’ve planned to take it a step further with the all new Galaxy S20 line-up. Boasting a similar overall design, the S20 comes with a metal core and glass front and back, sporting an Infinity-O display, with curved edges, minimal bezels and a central punch hole camera.

They all have the same hardware, with either the Samsung Exynos 990 or the Qualcomm Snapdragon 865 at their heart, depending on which country you live in. But the real magic happens on the back, where a pronounced camera bump makes this phone stand out from any other flagships.

The S20 comes with a 12 MP main lens, a 64 MP telephoto and a 12 MP ultra wide camera, the S20+ adds DepthVision to the experience, while the S20 Ultra features an incredible 108 MP lens. 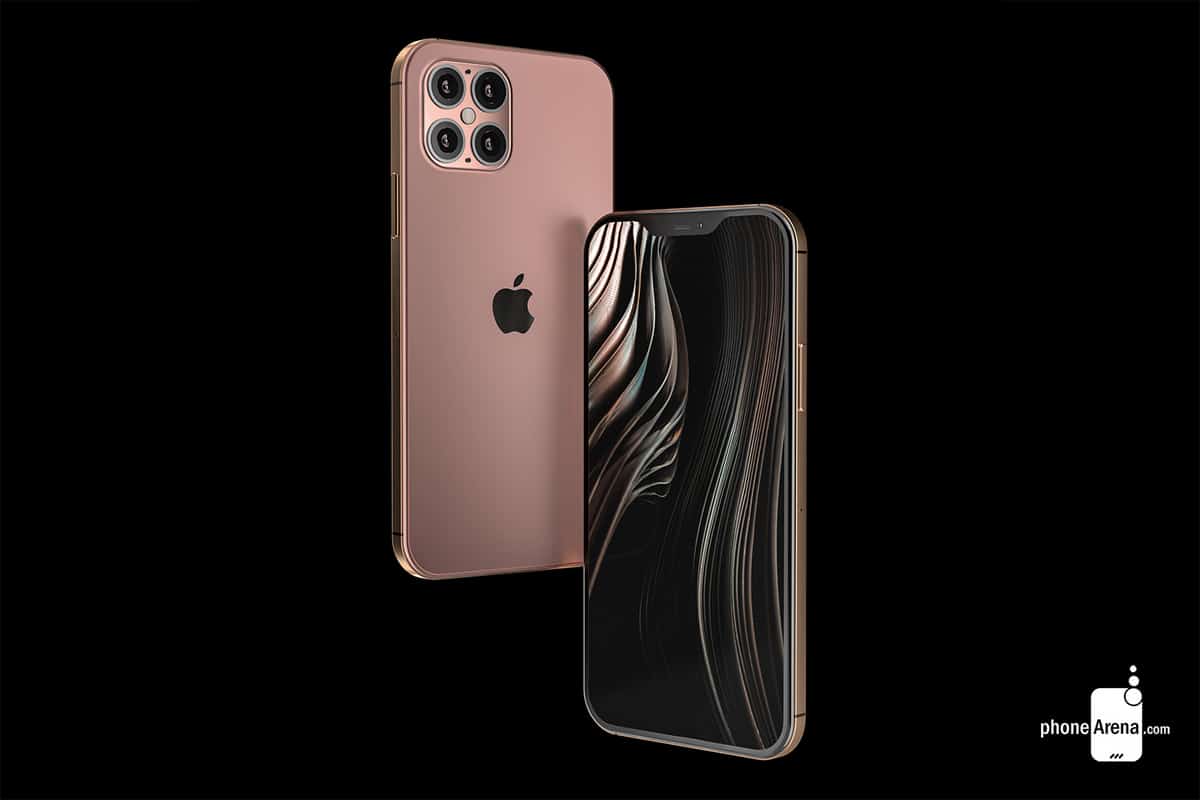 With most of the 2020 flagships released already, the world is looking forward to see what Apple will do with its next iPhone. The iPhone 11 Pro was without doubt the best smartphone of 2019, with incredible cameras, amazing battery life and overall performance. And according to some rumors, the iPhone 12 will be a lot better.

First things first, the iPhone 12 will come in four different sizes, with the entry-level model available in two sizes, a 5.4-inch version that will cost $649 and a 6.1-inch model priced at $749. Both ‘standard’ iPhone 12 models will come with a dual camera arrangement, and a third camera will be added to the 6.1-inch iPhone 12 Pro, while a fourth lens will be added to the 6.7-inch Pro Max. The Pro model will start from $999 and the Pro Max will cost $1,099.

Other rumors state that the iPhone 12 will feature a smoother 120 Hz ProMotion display and a more refined design, with flatter edges and a smaller notch. The iPhone 12 will also come with a LiDAR scanner, the same sensor that was premiered on the iPad Pro 2020, specially designed to improve performance of AR apps.

The iPhone 12 line-up is expected to be unveiled this fall, so we’re still a few months away from deciding which is the best smartphone of 2020. 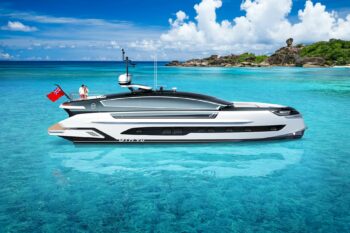 Dynamiq and Klassen Team Up for a Supercar-Inspired Yacht Concept