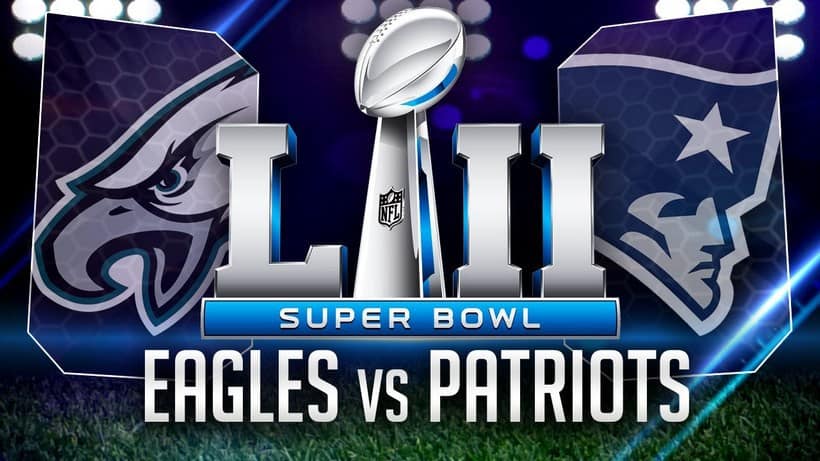 Super Bowl LII will be a rematch of the Super Bowl XXXIX game, held 14 years ago between New England Patriots and Philadelphia Eagles. But things are totally different right now.

Led by a brilliant Tom Brady once again, the Patriots are heading to the Super Bowl for a record 10th time, while the injury-plagued Eagles are surely eager to turn back their fate after having lost that 2004 Super Bowl 24-21 against Patriots. The stakes are high and the game will be a very interesting one.

The game will be played on the brand new US Bank Stadium in Minneapolis, Minnesota this Sunday and will be the third appearance of the Eagles in a Super Bowl, after the one lost more than a decade ago. The Patriots are a 5.5-point favorite according to various sports-books, but who knows? Maybe Nick Foles could pull off a miracle.

When these two teams met back in that 2004’s Super Bowl, the Patriots were 7-point favorites against the Eagles and won a close 24-21. So it will be interesting to see how the odds turn this time, but there are so many variables at play, especially when you think of players. Both teams have many good players, even though a few key players are injured.

And since good translates most often than not into a player’s revenues, let’s find out which are The Top 10 Highest Paid Players in Super Bowl LII: 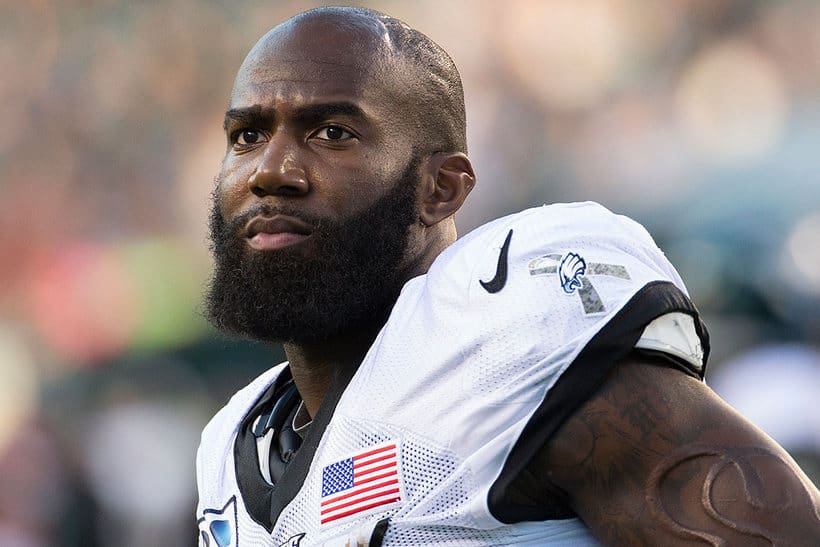 Malcolm Jenkins is the strong safety of the Philadelphia Eagles. He plays for them since 2014, after being with the New Orleans Saints between 2009 and 2013. He was a Super Bowl champion with the Saints and got on the Pro Bowl roster two times, in 2015 and 2017.

Many fans surely remember when Malcolm caught an interception from Tom Brady back in December 2015 and scored a touchdown which ended up with a shocking 35-28 Eagles victory against the Patriots. We’re sure every Eagles fan would love to see a repeat. With the signing bonus, Malcolm’s salary rises now to $7.5 million. 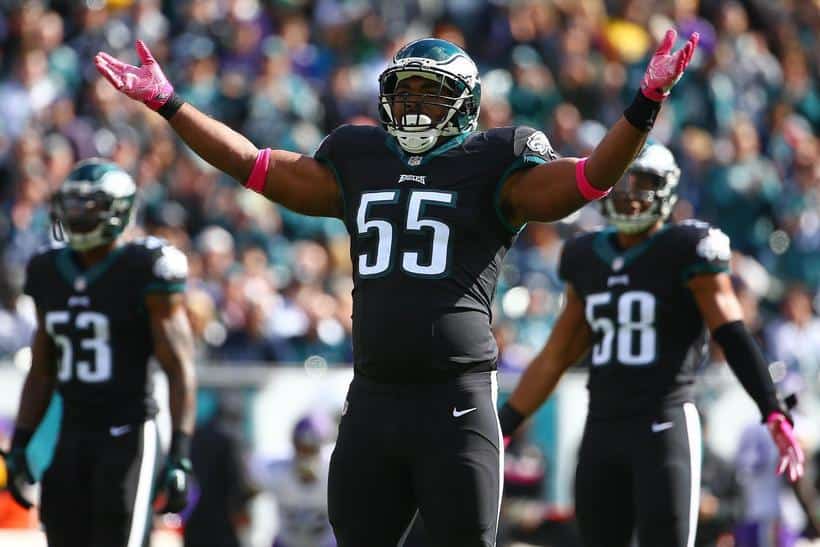 Brandon Graham was drafted in 2010 by the Philadelphia Eagles and plays as a defensive end for them ever since. He’s one of the best defensive ends in the league, and even though in 2015 he was close to signing with the New York Giants, he received a big contract from the Eagles that kept him with them.

His performance last year also earned Brandon quite a lot of bonuses from the Eagles, proving once again that he’s one of the most valuable players for the team. His salary this year reaches a decent $7.5 million. 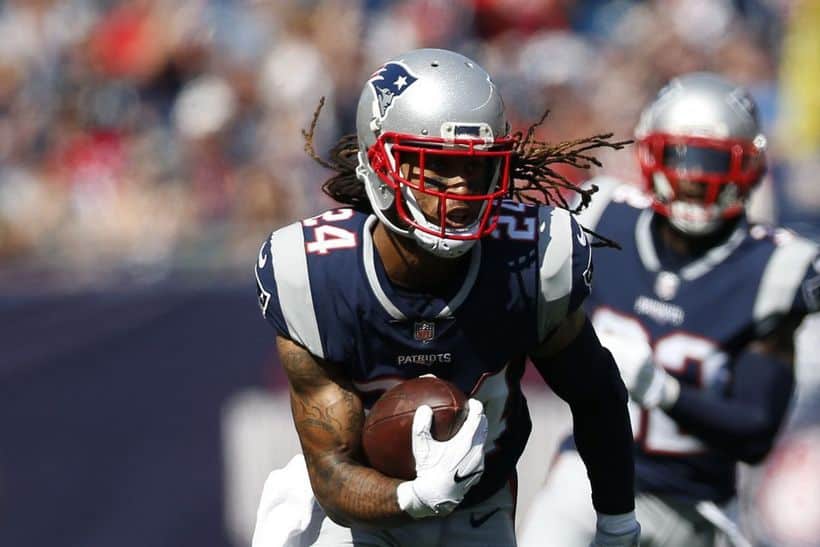 Stephon Gilmore is a new addition to the New England Patriots. He joined them last year, after playing for the Buffalo Bills since he was drafted in the NFL back in 2012. He plays as a cornerback and of course, he’s one of the best.

During his last year with the Bills, his name got on the 2016 season’s AFC Pro Bowl list. He won the AFC Championship later after signing his contract with the Patriots in spring 2017. With the signing and roster bonuses, his current salary rises to a good $8.5 million. 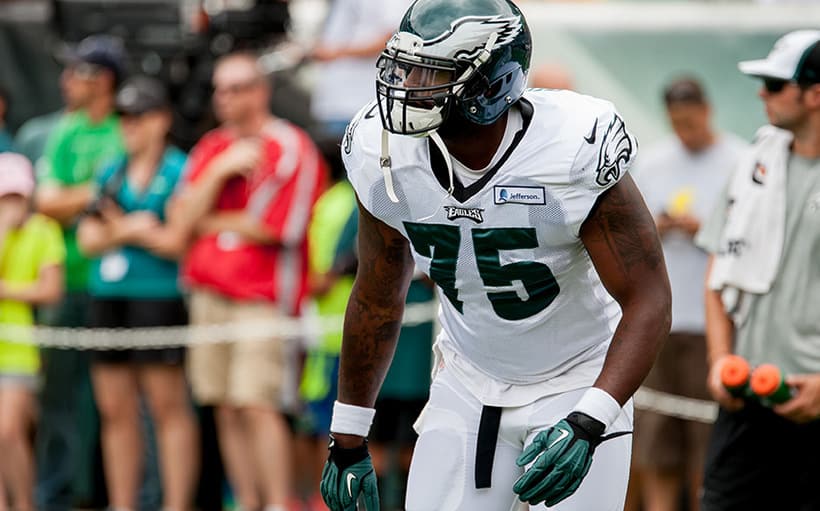 Vinny Curry might be one of the most important players for the Eagles in the coming Super Bowl LII. He plays for them as a defensive end since he was drafted in the league in 2012. Before that, Vinny was named the Conference USA Defensive Player of the Year.

His career beginning wasn’t too bright and at some point rumors were going around that he might leave the Eagles, but he got better and better and his new contract will see him through 2020 with the same team. His salary right now rises to $9 million. 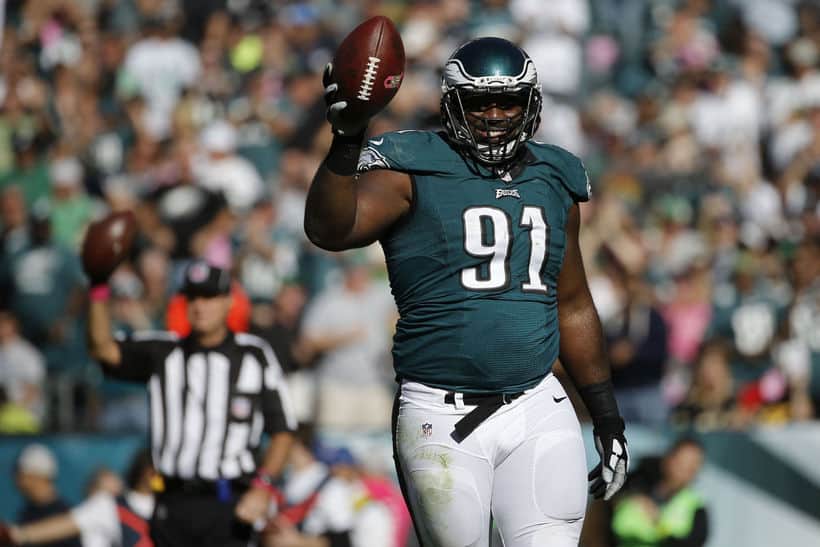 In the Super Bowl LII, Fletcher Cox will play as a defensive tackle for the Philadelphia Eagles. He was their 2012 NFL Draft pick.

Last December, Fletcher was named to his third consecutive Pro Bowl, but that is only one of his achievements in the NFL. He was also named a First-team All Pro last year and he’s regarded as one of the league’s best defensive players, a powerful addition to the Eagles, with which he signed a contract that lasts until 2022. He’s paid a good $9.4 million this year, with a massive signing bonus. 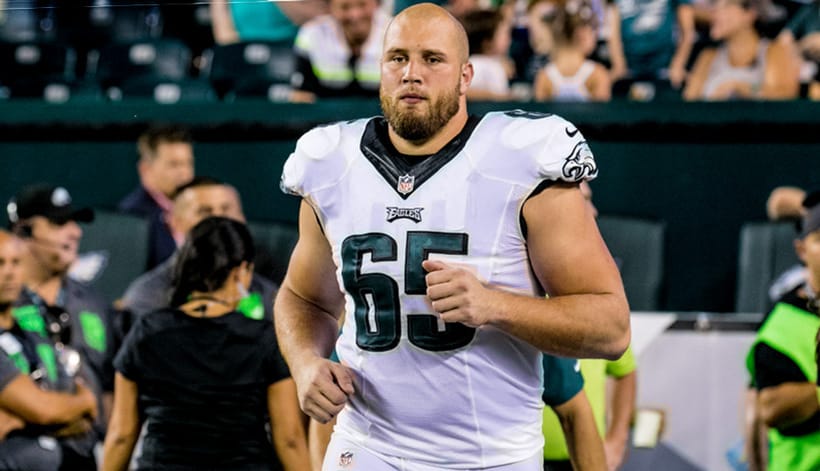 Picked by the Philadelphia Eagles in 2013’s NFL Draft, Lane Johnson is one of the team’s offensive tackles. During his career so far, he has accumulated quite a few accolades and last year he was named to his first Pro Bowl.

He wasn’t able to go there though, because his team will play in Super Bowl LII. The annual salary he gets from the Eagles is just a little bit under the $10 million mark. 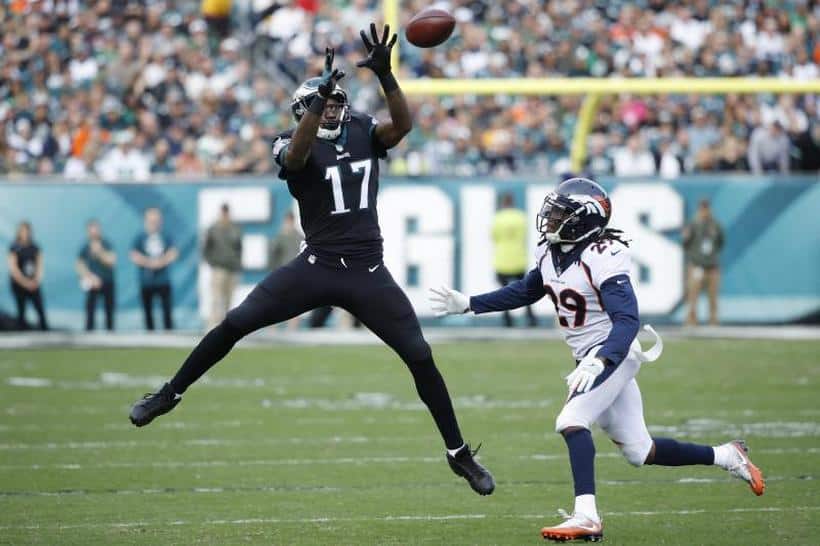 One of the younger and newest players of the Philadelphia Eagles, Alshon Jeffery only joined the team last year, previously playing for Chicago Bears. For the Eagles he plays as a wide receiver and he’s now the team’s highest paid player. So it’s not Carson Wentz or Nick Foles.

Alshon has quite a few awards under his belt, including the Capital One Bowl MVP in 2012 and the Pro Football Writers Association’s Most Improved Player in 2014. After his performance last year with his new team, his initial one year contract got extended for an additional four years. His salary this year reached a good $10.7 million thanks to a huge signing bonus. 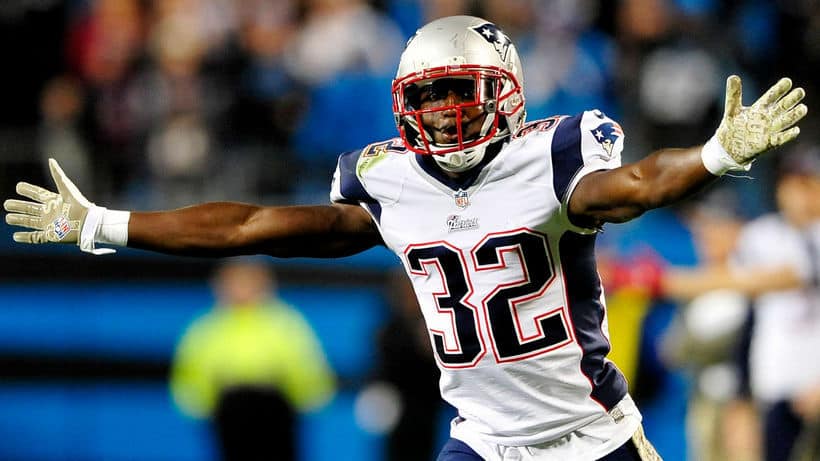 An eminent football player of the NFL, Davin McCourty plays as free safety for the New England Patriots ever since he was drafted by the team in 2010 in the first round of that NFL Draft.

He’s a two times Super Bowl champion, for the 2014 and 2017 seasons, and has gotten twice in the all-star game in Pro Bowl in 2010 and 2016. Due to his skills and near perfect tactical abilities, he’s acquired great fame over time. And a great revenue as well, since he’s one of the highest paid players of NFL, the third highest paid player that will show up in the following Super Bowl, with his $10.9 million salary. 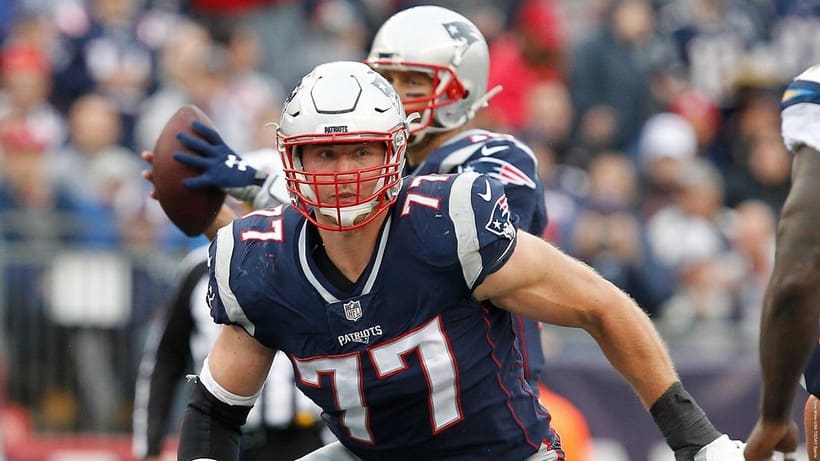 Picked by the Patriots in the 2011 NFL Draft as an offensive tackle, Nate Solder became one of the most decorated names in the world of football.

A great character and two times a Super Bowl champion in the XLIX and LI events, he’s widely admired around the world by analysts and fans alike for his professional achievements. His salary right now rises to a little bit over $11.1 million. 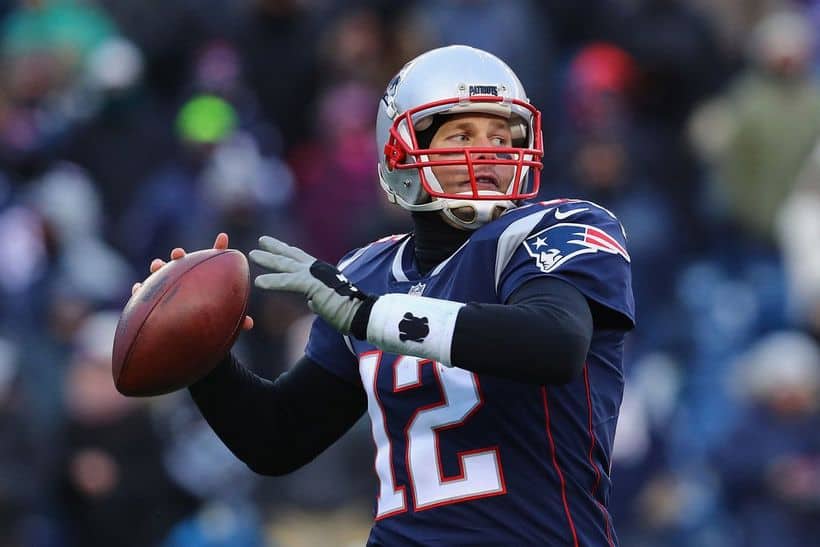 With so many achievements and accolades under his belt and after becoming the only quarterback in history to win five Super Bowl championships, it’s no wonder why many regard him as a legend for the New England Patriots.

He’s righteously won his place among the greatest NFL players of all time and for sure he’ll be under the immense pressure of so many eyes in the game to come, all looking down on him to help his team score a second Super Bowl victory against the Philadelphia Eagles. He’s one of the highest paid athletes in the world.

Earning $14 million from the Patriots this year, he will be the highest paid player in the Super Bowl LII.

Tags:
Previous Article
This Stunning London Residence is Full of Surprises
Next Article
The Arctic Bath Hotel and Spa is One-of-a-Kind Swedish Retreat 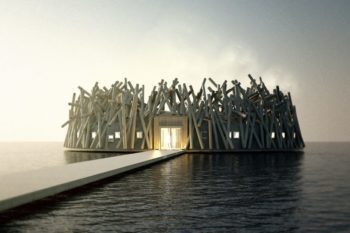