The Majesty 105 Yacht by Gulf Craft 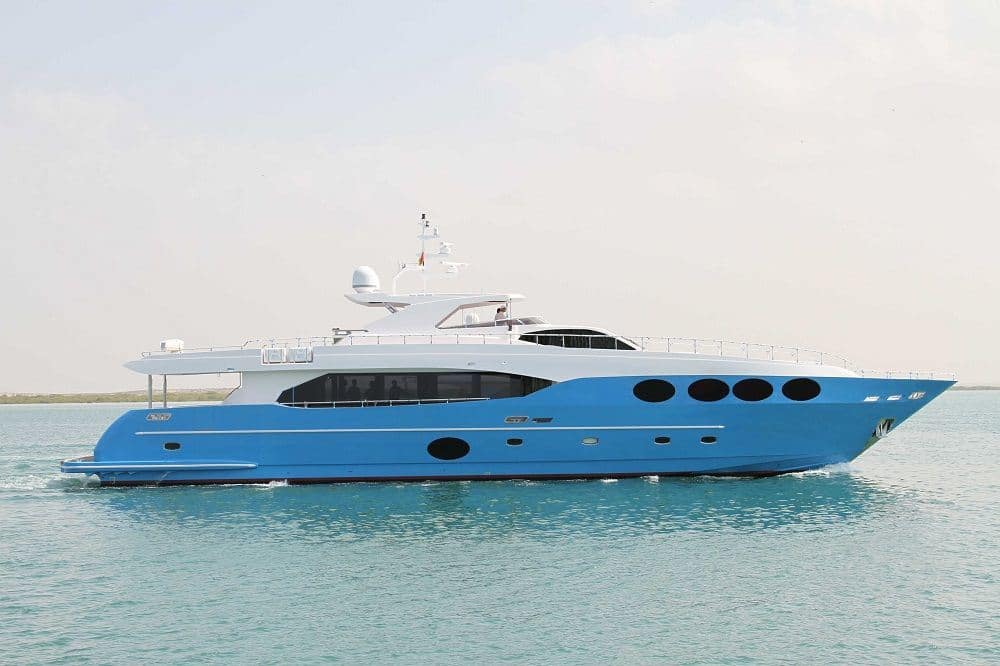 Gulf Craft is renowned for being the largest manufacturer of luxury yachts in the entire Middle East and Asia. They have recently lifted the curtains of the Majesty 105, on the occasion of the first day of the Dubai International Boat Show 2012. Their second grand launch during a very restrained period, after the Majesty 135, the Majesty 105 is a genuine architectural wonder, pleasantly resembling the line of the horizon.

The expertise Gulf Craft have accumulated over the last three decades, since their foundation in the early 1980s, is proudly obvious when taking the first steps on the yacht. They are no strangers to the notions of “exquisiteness” and “top quality”, while the designs they create and the technology behind them are truly astonishing.

Boasting with a sporty look, the Majesty 105 has been decked with cool tones of light blue and white, revealing the playfulness and the softness with which it treats its quests. The idea is especially highlighted by the oval designs of the fore, main and lower decks windows. This gorgeous vessel is, very importantly, not as long as it seems, measuring just 32.5 meters from tip to toe. It comprises a total of five luxurious guest staterooms, three crew cabins, a day-head and eight bathrooms.

The atmosphere adopted for the main saloon is particularly Mediterranean. It serves as a complement to the playful exterior, boasting with elegant lightness, refined materials, modern shapes, chocolate tints and exquisite essences like light teak – in fact, it simply is one gorgeous place to be. It unfolds symmetrically to the axis of the boat, featuring lavish sofas and armchairs, upholstered in clean white materials and backed up by large windows.

A large flat screen television is one of the hot spots of the dining area, placed atop a low cabinet. In addition, the room includes a centrally placed glass top dining table, surrounded by wooden chairs with cushion seating. Starting from the dining room, two corridors lead the way towards the owner’s suite and the port side galley.

The owner’s suite boasts with a lobby, full beam cabin, private office and a large bathroom with a symmetrically large bathtub, central shower area and separate washroom. Every little bit of this area follows the overall design of the yacht’s interiors, featuring warm shades of brown, fresh white and golden tones.

The four luxurious guest staterooms, two twins fore and two doubles aft, are found below decks, reachable via a staircase that starts on the main deck. They are all connected by a large central lobby. The manufacturer has thought of a more modern way to design them, having used a larger palette of tones all over the ceilings, upholstery and wall paneling. Furthermore, every guest stateroom features an adjacent en suite bathroom with shower area. All the rooms on the yacht can ensure accommodation for as many as 10 guests.

Perfect for al fresco diners, the main aft deck is one of the best spots on the Majesty 105. Above, a sundeck with hard top brings forth a plethora of amenities, like Jacuzzi, U-shaped sofas, barbecue area, fridge and wet bar.

The CEO of Gulf Craft, Erwin Bamps, sums them all up like this: “The Majesty 105 was conceptualized for the yacht owner who likes to spend the majority of his time above deck. With a steering helm on the sun deck and an interactive outdoor entertaining and lounging space, this is the sort of yacht that would allow you to spend time admiring the coast on an island-hopping itinerary or catch all the action moored alongside waterfront racing circuits like Yas Marina Circuit or the Circuit de Monaco.” 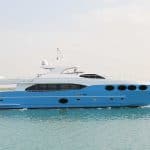 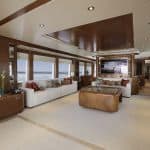 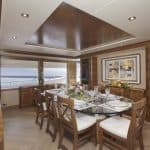 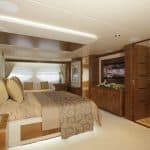 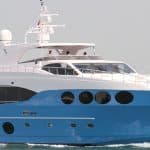 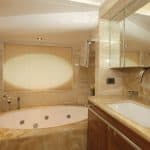 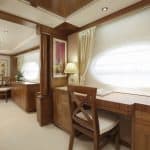 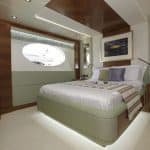