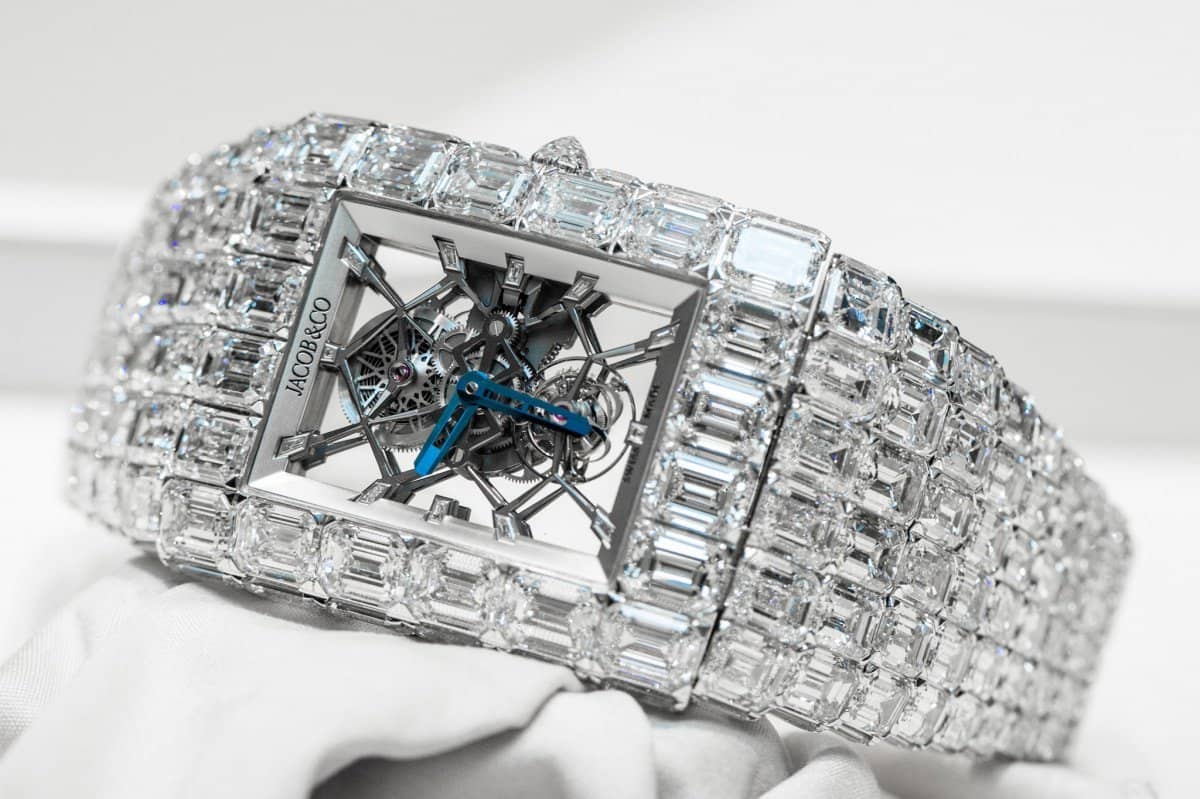 Jacob & Co. surprised everyone at Baselworld this year, unveiling the world’s most lavish and intentionally outrageous timepiece, covered in diamonds from head to bottom and also featuring a tourbillon. The one-of-a-kind creation has been named the Jacob & Co. Billionaire Watch and, since it’s valued at over $18 million, you probably have to be a billionaire to afford it.

It’s officially the world’s most expensive timepiece and it was designed by the brand’s founder and CEO, Mr. Jacob Arabo in collaboration with Flavio Briatore’s Billionaire fashion label, hence the name. This amazing watch actually celebrates the friendship between the jeweler and the famed Italian businessman and former F1 boss. 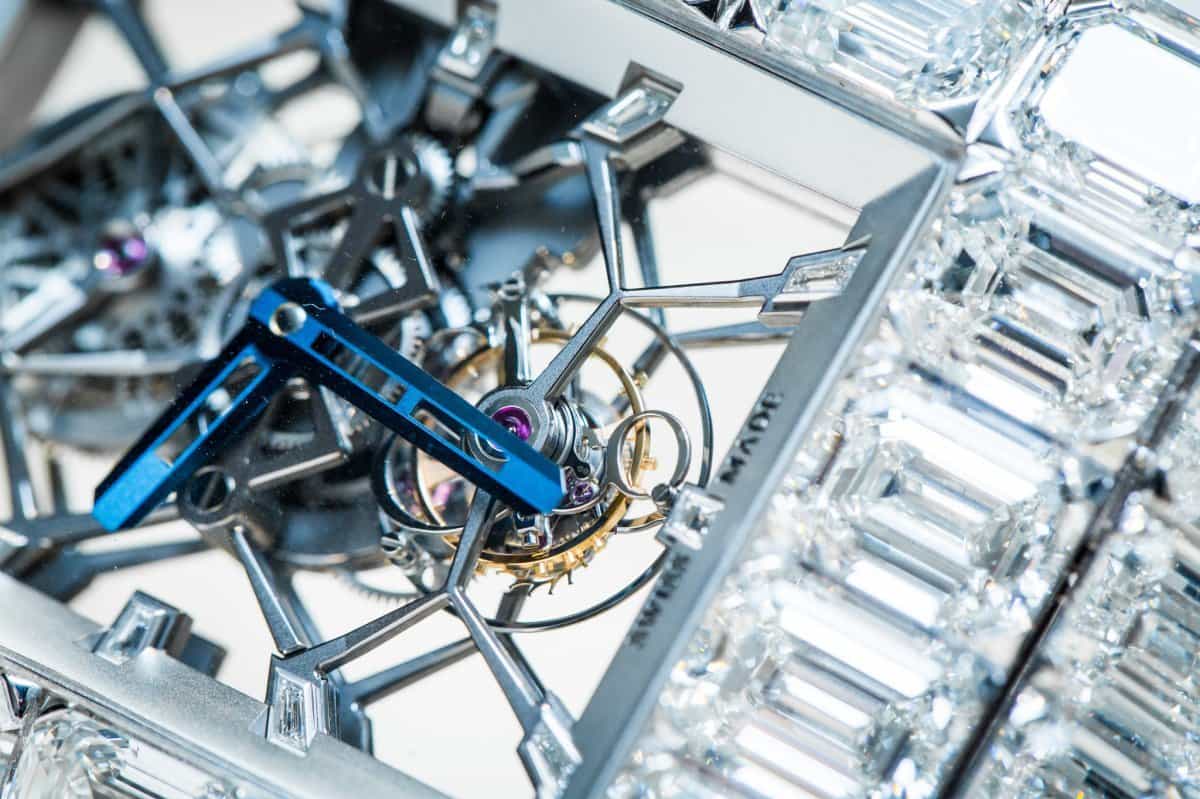 Measuring 58 mm by 47.5 mm, this dazzling skeleton timepiece is rather large, featuring an 18K white gold case and bracelet, with 260 carats of emerald-cut diamonds covering basically every inch of this watch. Apparently every individual diamond weighs 3 carats, which means this watch will be pretty heavy as well.

But wearing this fortune around your wrist still feels pretty comfortable as the case and bracelet seamlessly merge together. The watch houses a skeleton manual winding caliber made exclusively for Jacob and Co. which features 167 components and a power reserve of 72 hours. 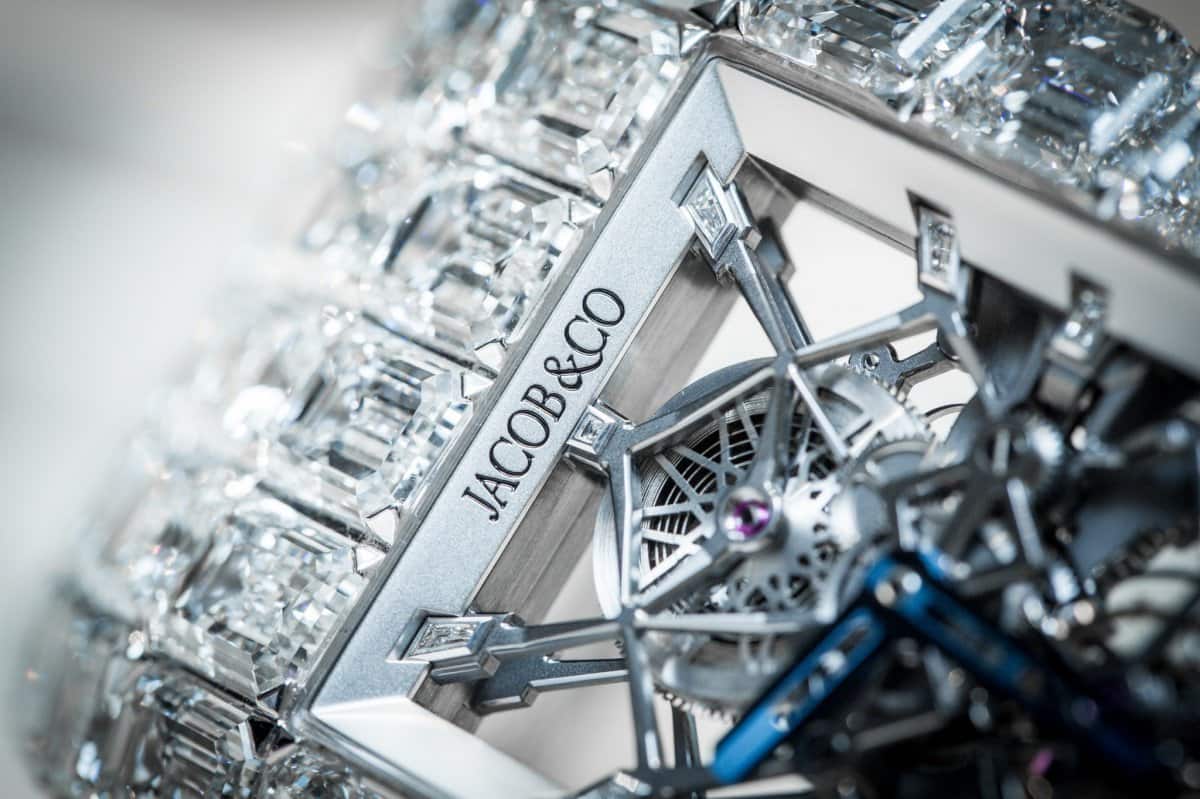 Apart from the blissful emerald-cut baguette diamond stones, you will be surely charmed by the gun blue skeletonized hands which point to the diamond hour markers and on the back of the dial you could also find the Billionaire brand logo.

The Jacob & Co. Billionaire Watch is priced at exactly 18,000,000 CHF which is a little more than $18 million and since it already received so much attention, Jacob & Co. might do other versions of this watch with different gemstones in the future. 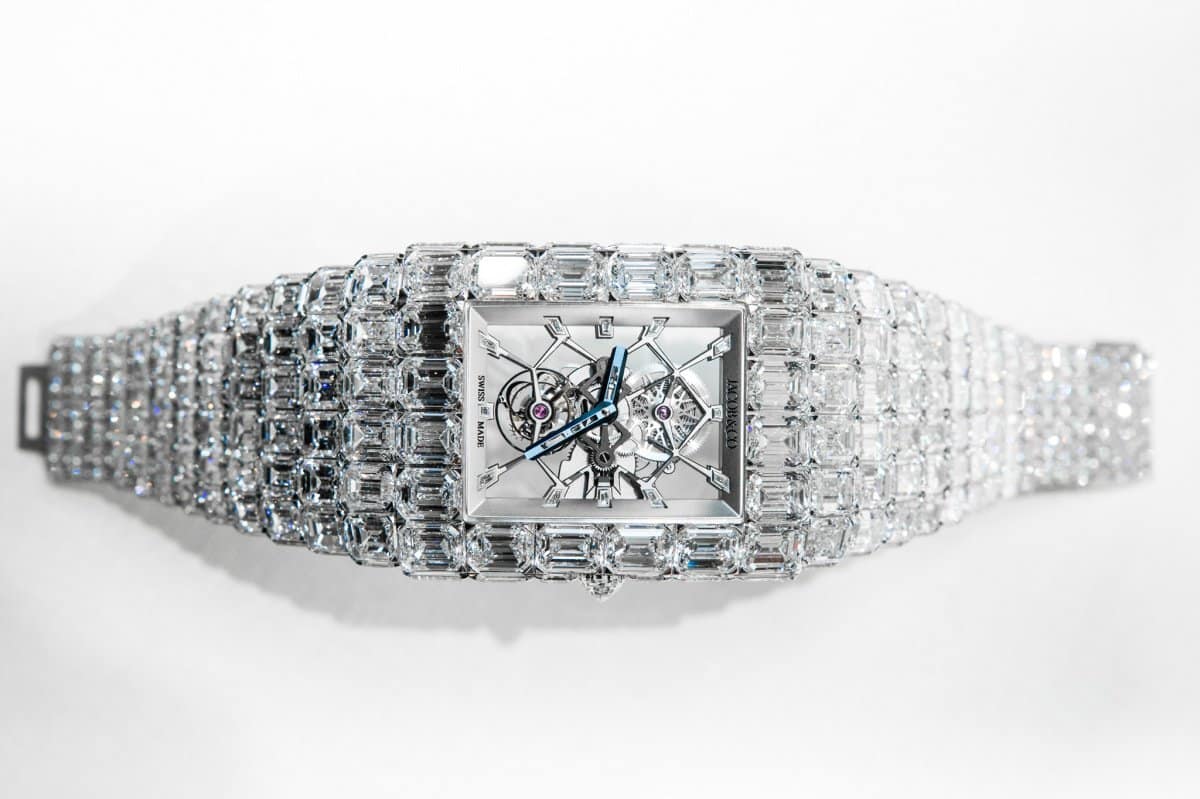 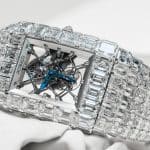 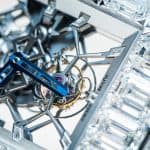 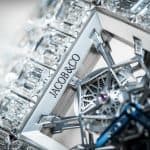 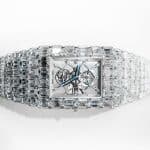 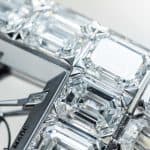 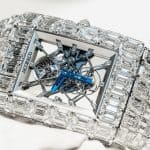 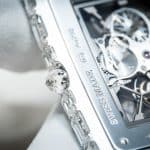 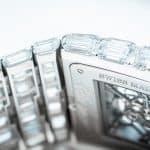 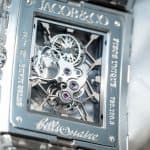 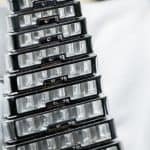 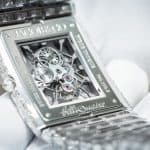 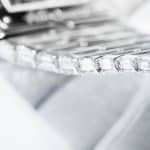 Tags:
Previous Article
The gorgeous McLaren 540C is the new ‘entry level’ McLaren
Next Article
The Vines Resort & Spa sits right at the base of the Andes

Jacob & Co.’s Opera Musical Watch Will Get You Humming 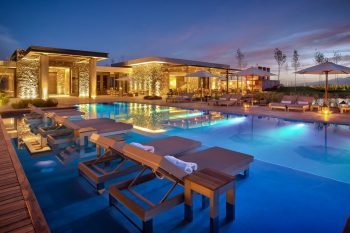