Home ‣ Luxury Lists ‣ The 13 Most Famous Towers in the World

The 13 Most Famous Towers in the World

Wherever we go, whatever place we visit, we seem to always be drawn to and impressed by prominent tall structures, in part because they’re tall but more because they’re special. Or used to be.

Towers in general didn’t have a housing purpose but more specialized ones, serving as clock towers, defensive structures or having observation and communication functions. Nowadays, since technology took on these roles, most of the towers serve as museums or offer leisure touristic activities.

The oldest of them date back to 8000 BC, as is the case of the Neolithic Jericho, and stretch all the way to present times, with the more modern ones taking more eccentric approaches in their design and architecture.

Let’s now take a look at The Most Famous Towers in the World: 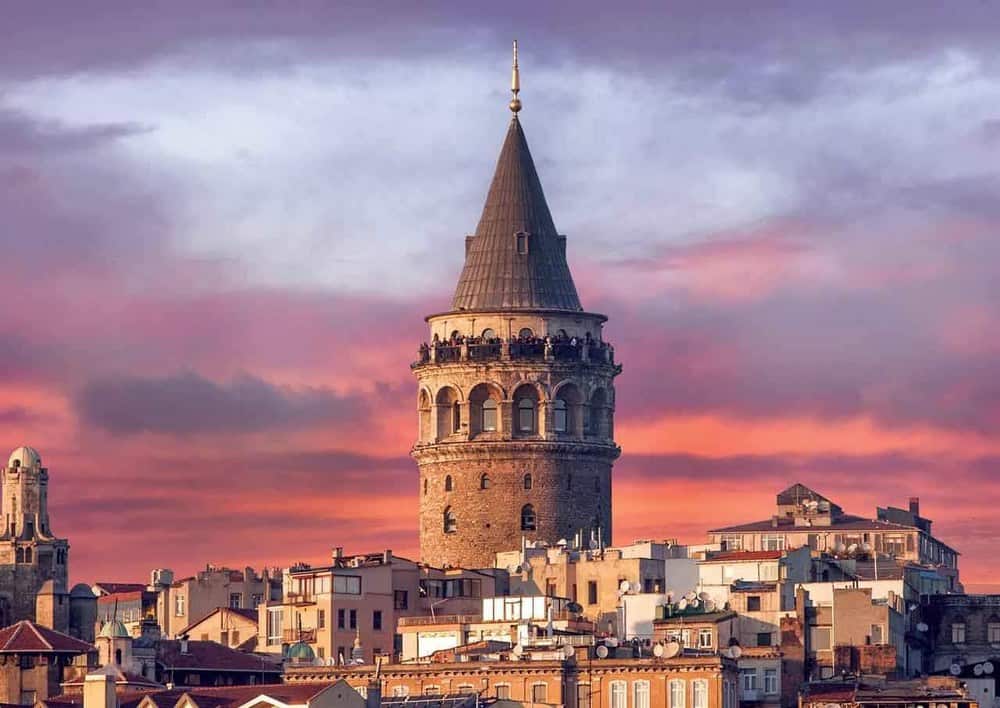 A special landmark of the Galata district in Istanbul, Turkey, dating from 1348, the Galata Tower was built as part of the fortifications that enclosed the Genoese colony.

With a height of 67 meters and its cone shape, the tower stands out allowing for a great view of the city and the region. After it was restored, its role was converted into a leisure and touristic one, becoming a restaurant and a cozy cafe, allowing for a serene admiring of the city while sipping a nice cup of coffee. 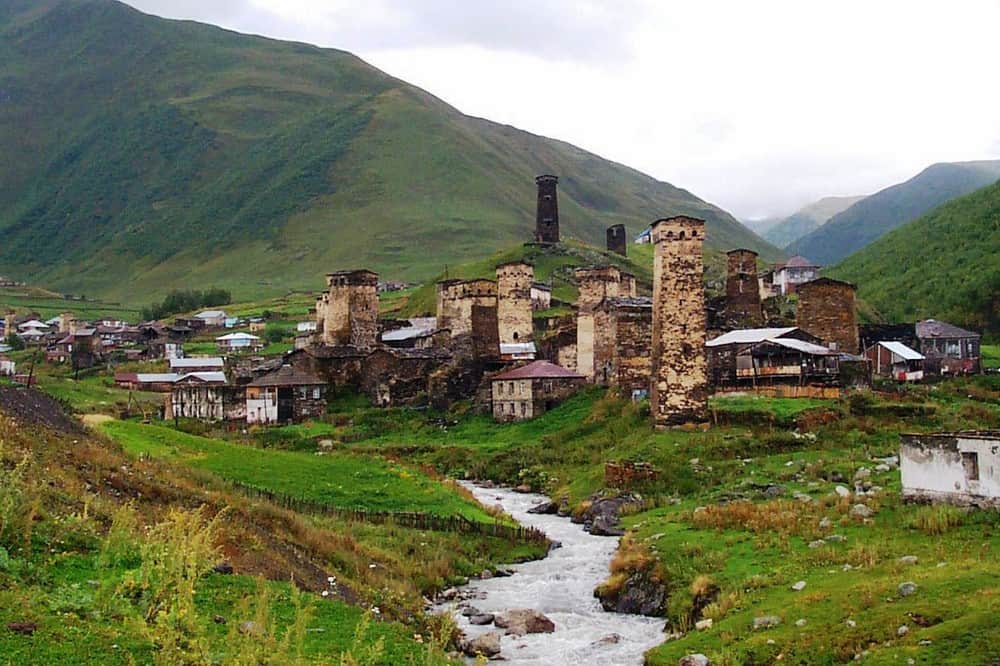 The Svaneti province in northern Georgia is a region filled with defensive towers that used to protect the villages from avalanches and the past attacks of the tribes coming from the north.

Each household in the village had its own tower and the family had to take care of it for the Svanetian towers were badly needed during wintertime to protect each village from avalanches. The oldest of these towers dates from the 9th century and still preserves the same architectural form that was used for almost five centuries for their construction.

11. The Two Towers of Bologna 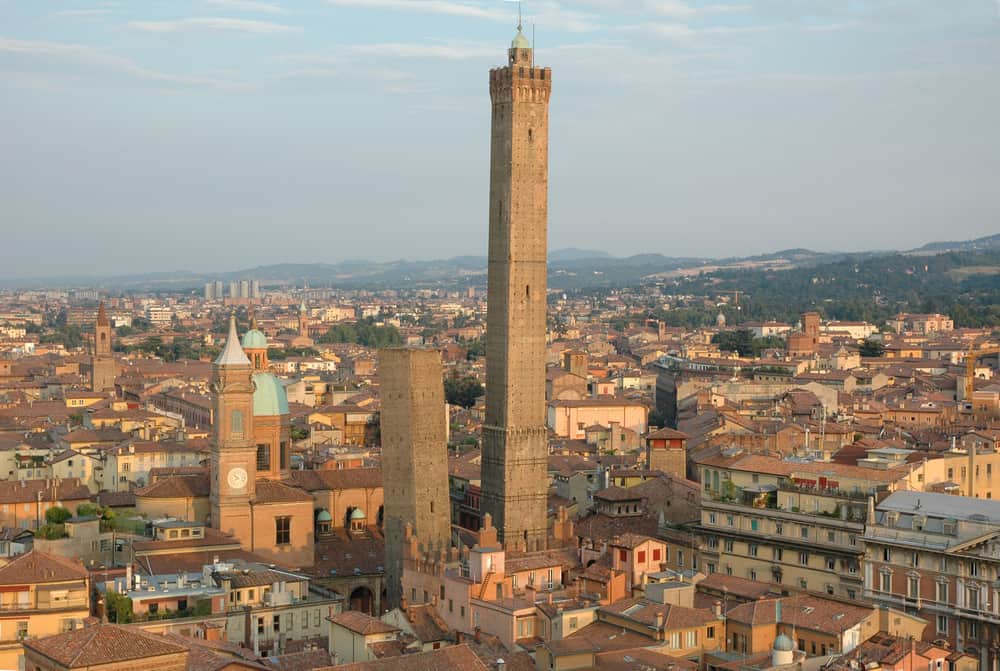 Built in the 12th and 13th century, the two towers of Bologna are the last remnants of the defensive network of the city which encompassed a total of about 180 towers.

Named the Asinelli and the Garisenda Tower in honor of the families that paid for their construction, the two landmarks rise to 97.2 and respectively 48 meters above the city. 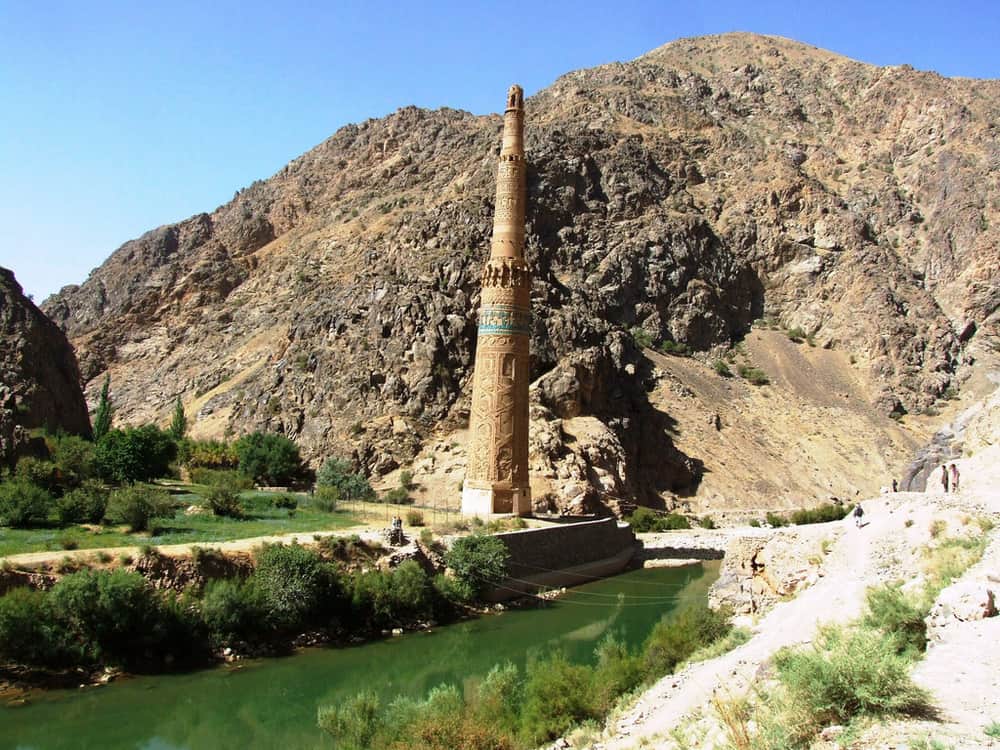 The Minaret of Jam was part of a mosque dating from the 12th century but a flood combined with the Mongol invasions managed to badly deteriorate it. Located in the western part of Afghanistan, the 65 meter high minaret still stands in remembrance of the times past. 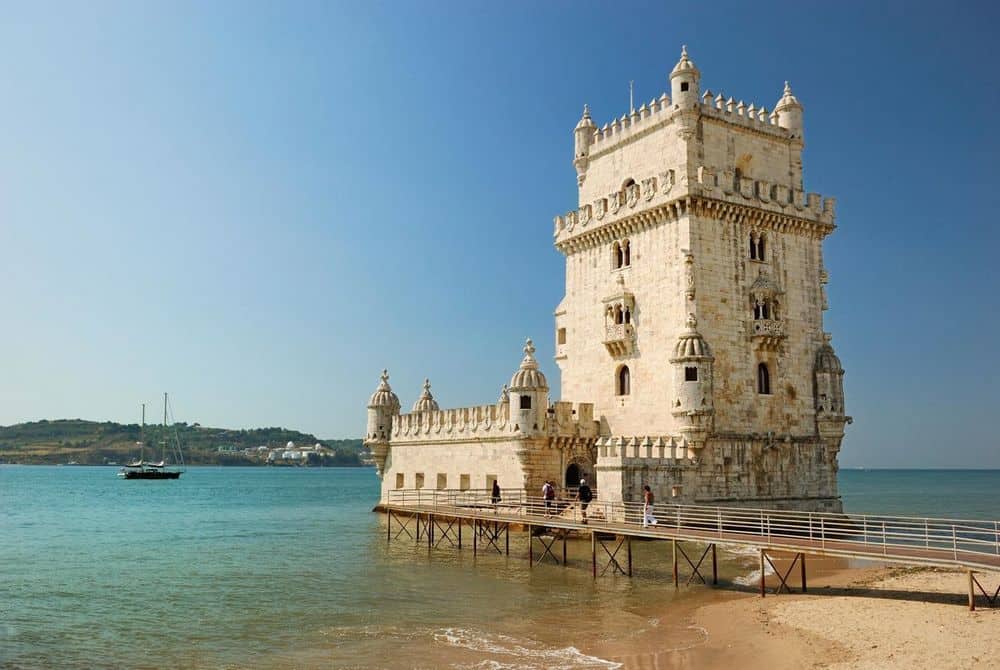 Also known as the Tower of St. Vincent, the Belem Tower in Lisbon, Portugal was built as a defensive measure for the city, later considered one of the symbols of the Age of Discoveries due to the significant role it played in that period. 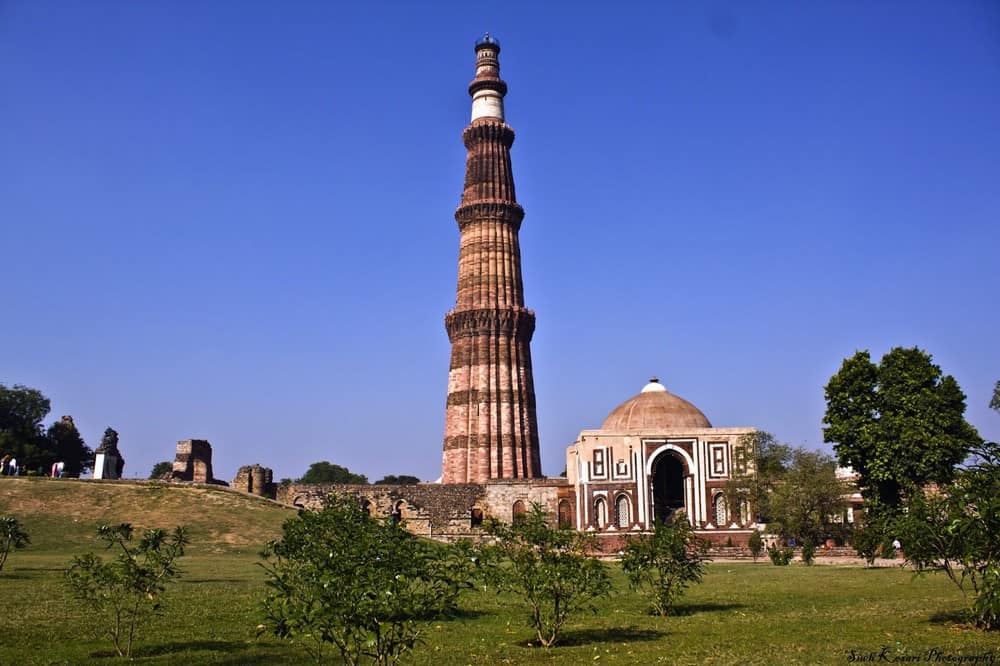 The Qutb Minar – or minaret – now a UNESCO World Heritage Site, is the second tallest minaret in India. Located in Delhi, it’s an impressive 73 meters tower of red sandstone and marble with a history tracing back to the year 1193. 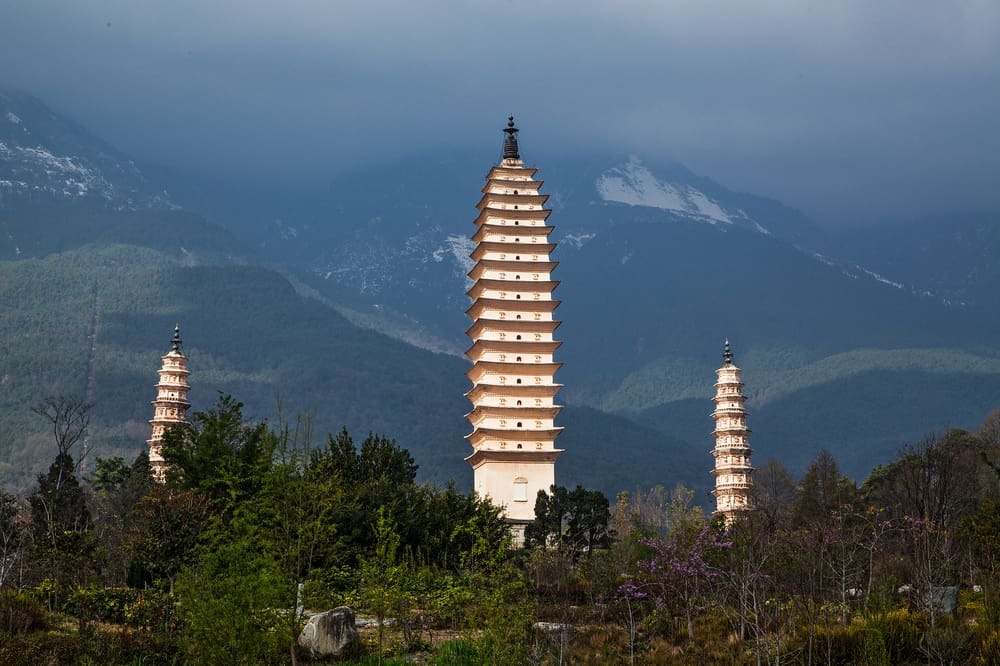 The ancient city of Dali in the Yunnan province of China is the host of the Three Pagodas of Chongsheng Temple, dating from the 9th and 10th centuries. The white mud covered brick constructions make for a unique style in the Buddhist architecture of China.

The pagodas are some of the best preserved structures of the temple, with the central one having a height of 69.6 meters, making it one of the tallest in the entire country. 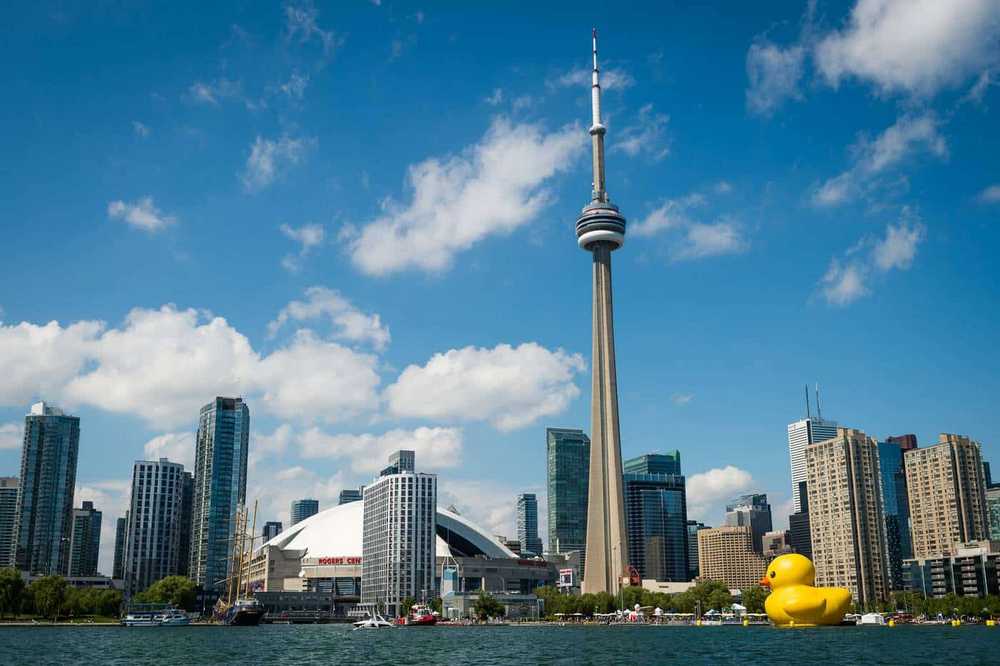 With a height of 553 meters, the CN Tower is a marvel of architecture serving as a communication and observation tower in downtown Toronto, Canada.

Built back in 1976, the CN Tower was the tallest free standing structure and tower in the world before the completion of Burj Khalifa. CN stands for Canadian National and the tower is the landmark of the city and one the modern Seven Wonders of the World, declared in 1995 by the American Society of Civil Engineers. 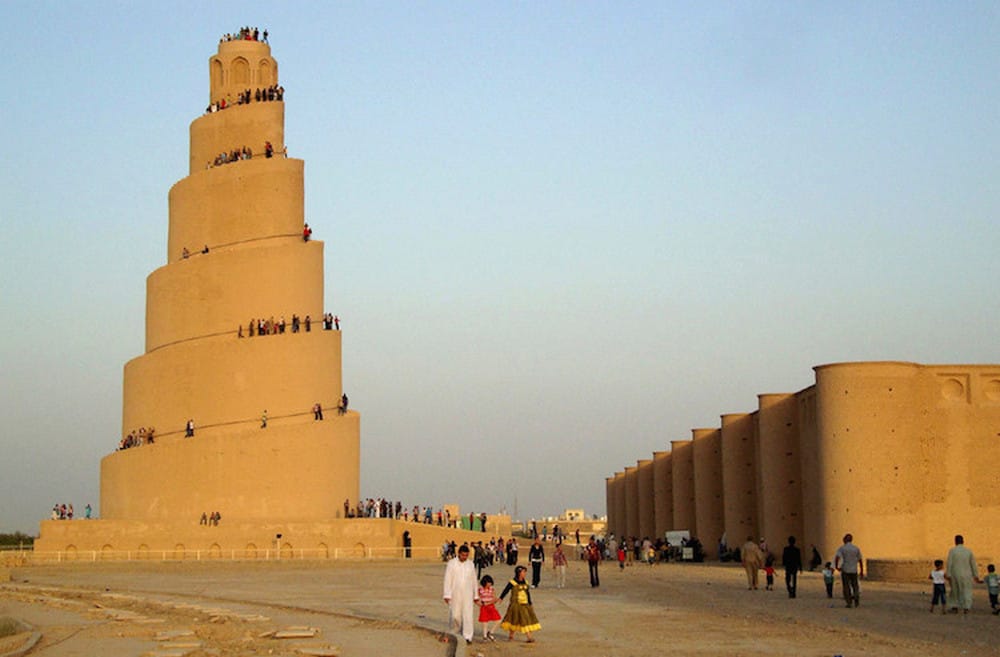 The Spiral Minaret, also known as the Malwiya Minaret, is part of the Great Mosque of Samarra in Iraq, completed back in the year 851 by the Abbasid caliph Al-Mutawakkil. It used to be the largest mosque in the world, with a tower height of 52 meters and a spiral ramp of 33 meters in width.

Back in the 9th century the mosque was connected to the tower only by a bridge and in the 1278 Hulagu Khan invasion of Iraq the mosque was destroyed, leaving only the minaret standing. 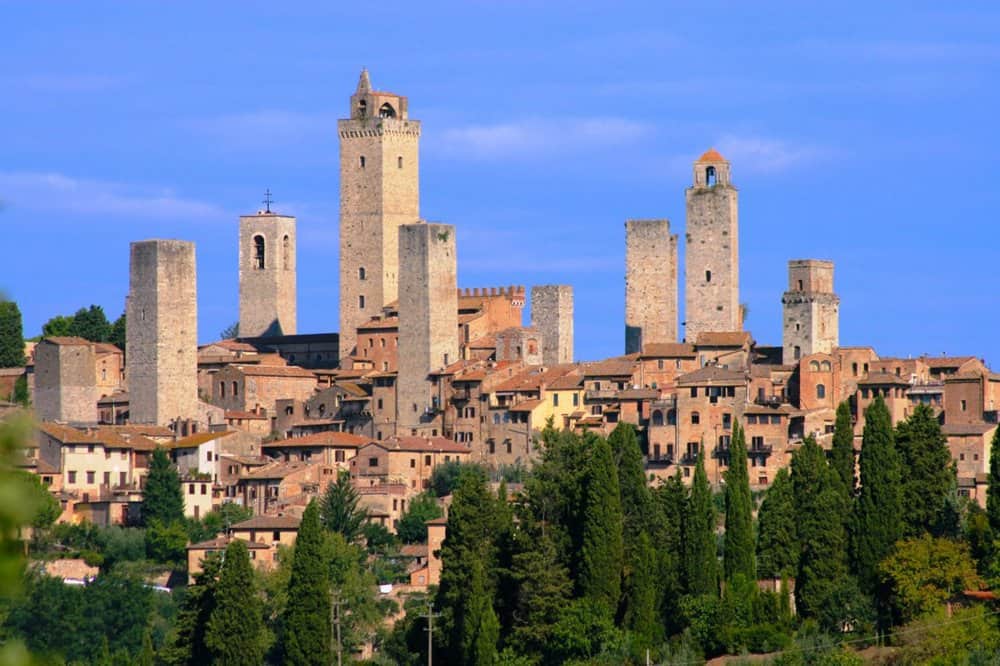 San Gimignano is one of the most beautiful villages in Italy, located in the Tuscany region, famous for its wine and picturesque landscapes. At its peak times in the past, the village was defended by no less than 70 towers, but after being devastated by the plague in 1348, it slowly decreased in importance, and everything died down, eventually leaving only 14 towers standing today in reminiscence of what the village once was. 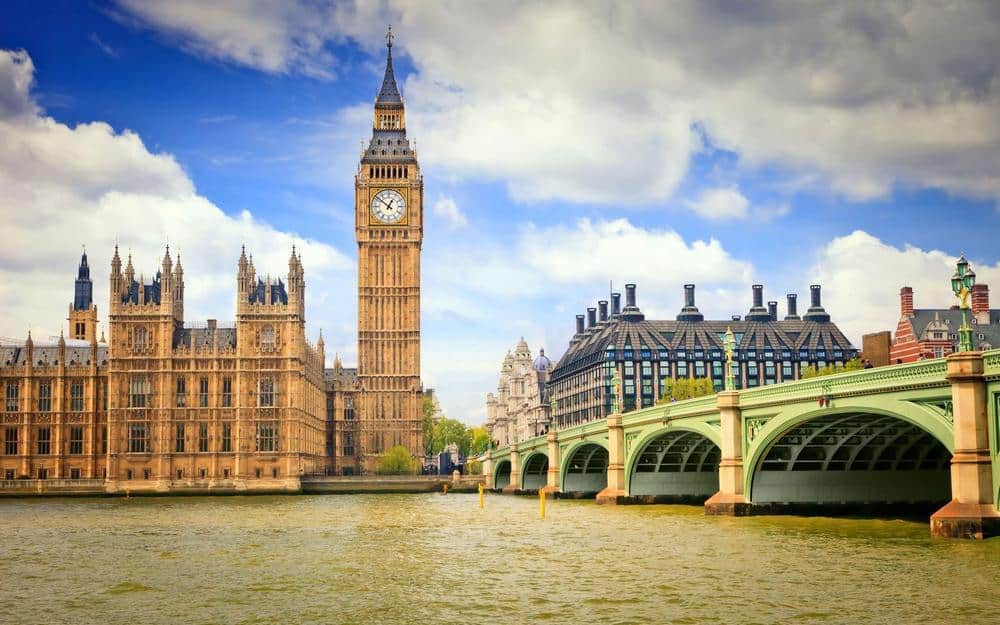 One of the most known landmarks of London, the Big Ben is now officially known as the Elizabeth Tower after the Diamond Jubilee of Elizabeth II in 2012.

Completed back in 1858, Big Ben has the second largest four-faced chiming clock in the world. The clock and dials were designed by Augustus Pugin and the tower itself was built in the Gothic Revival architectural style, widely popular in the Victorian England. 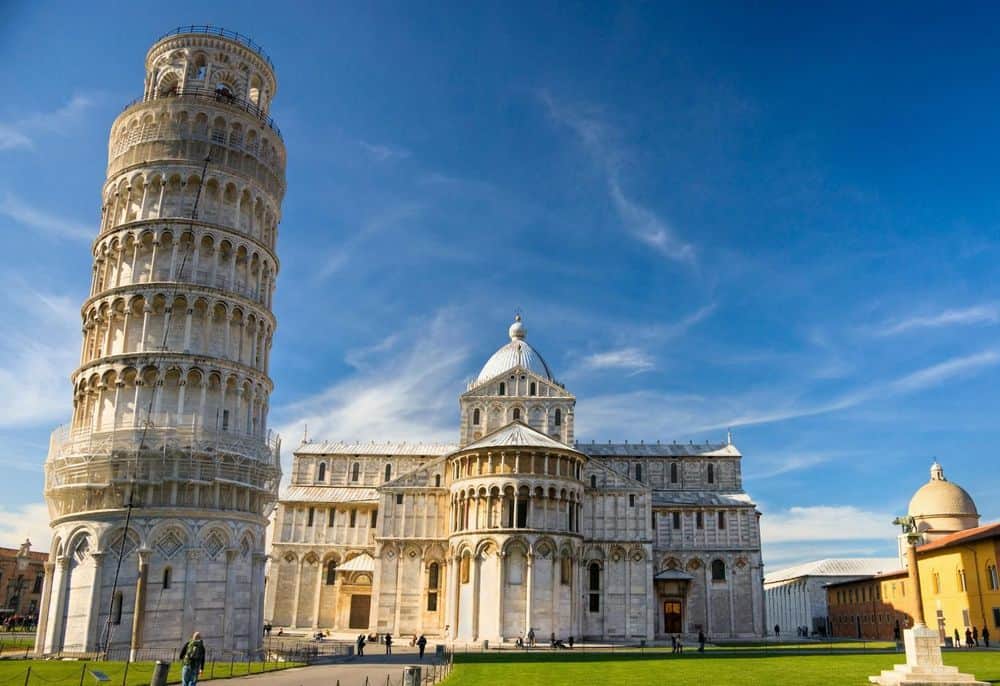 Another architectural marvel of our world, the Leaning Tower of Pisa was actually an error of construction. The building started back in 1173 and because of its poor foundation, it was left unfinished for almost an entire century.

To compensate for the tilt, the floors were built higher on one side and the tower was finished only in the 14th century. During the 20th century, it underwent renovations and was opened again to the public in 2001. Climbing inside it is a unique experience. 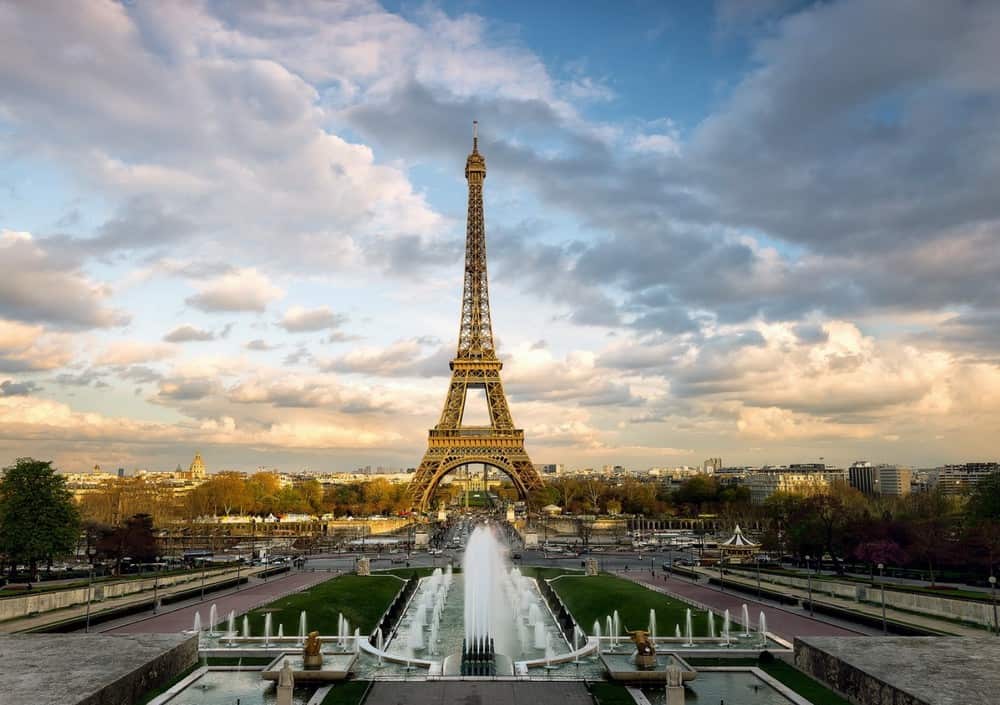 Probably one of the most known landmarks in the entire world, the Eiffel Tower of the city of Paris was designed by engineer Alexandre Gustave Eiffel in 1889 as the entrance arch to that year’s World Fair.

It’s the most visited paid monument in the world, with over 250 million visitors until 2010. With its 324 meters, Eiffel Tower was the tallest building in the world until 1930 and it has three levels for visitors, with restaurants and an observatory on the last one.