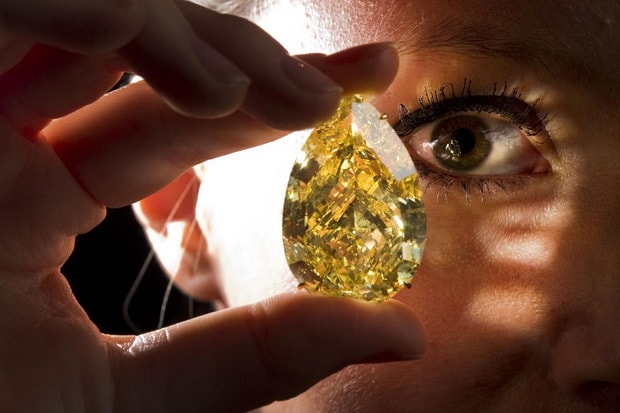 Those taking part at the Sotheby’s Geneva sale have witnessed a historical moment. The “Sun Drop” Yellow Diamond, a 110 carat mammoth among precious stones, has been auctioned off for a record $10.9 million, through a telephone bid.

The stone is the size of an average guy’s thumb, and it’s called by the precious stones crafters the uppermost piece discovered so far. It got dug up last year in South Africa, by Cora International, in one of their mines. It’s, at the moment, fixed on a ring, and the lucky guy / lady that bought it is the first to ever wear it. Even David Bennett, the president of Sitheby’s Jewelry Department for Europe and the Middle East, declared to the press after the auction that it’s an absolute record for a yellow diamond.

“It is a spectacular, unique stone. Every time we’ve shown it around the world, people have gone ‘oh my god’.” This was one of his original declarations. This gem is a truly astonishing geological marvel. 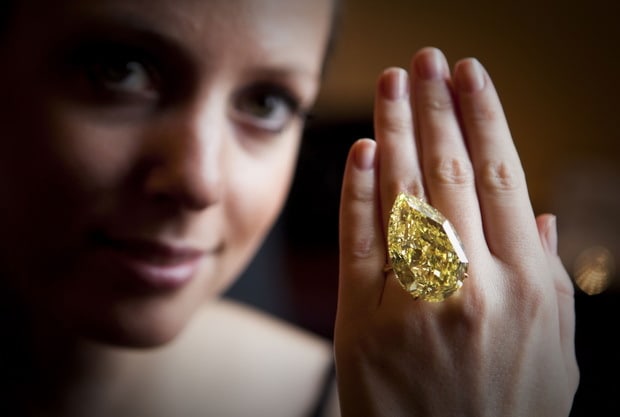