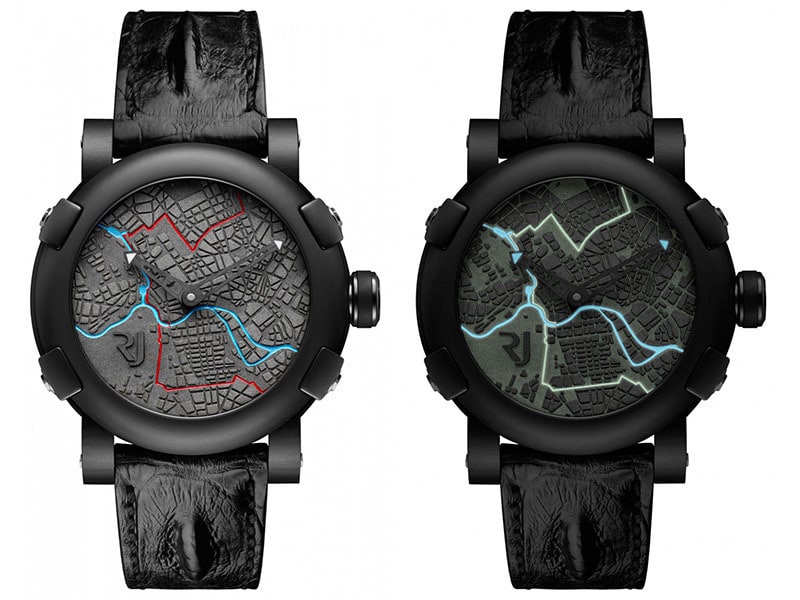 A few days ago, the world celebrated 25 years since one of the most significant moments of the 20th century: the fall of the Berlin Wall. To mark the event, Swiss watchmaker Romain Jerome created a limited edition timepiece collection called the Berlin DNA.

It comes with a 46 mm stainless steel case with black PVD coating applied on the caseback, while the bezel is made from a black ceramic material. The watch only indicates hours and minutes and is powered by a RJ001-A movement which runs on 28,800 vph and has a power reserve of 42h.

Romain Jerome has also recently released an anniversary edition dedicated to Batman (which we’ve also showcased) and similarly to that model, the Berlin DNA’s dial is designed to evoke the occasion. It features a blue line running from one side to other, which represents the river Spree, while a ride line indicated where the famous wall used to be. When the lights are off, the lines, which are coated in luminescent paint, glow in bright green and blue. On the back there’s a depiction of the iconic “fraternal kiss” graffiti, one of the Wall’s most famous images.

The collection is comprised of only 25 timepieces, a number chosen for its symbolic significance. 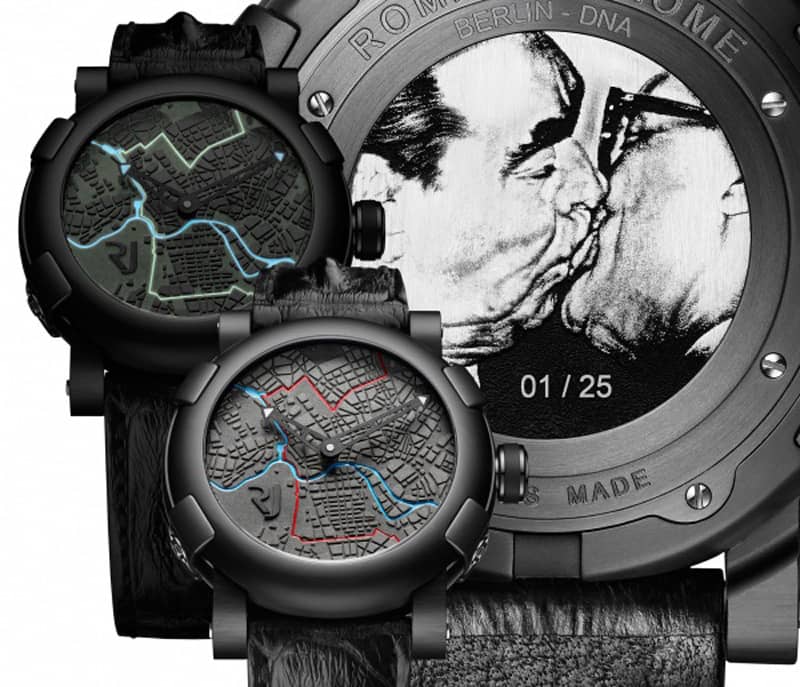 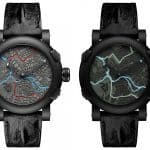 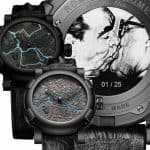 Previous Article
A Luxury Hotel for Pets in Singapore -The Wagington
Next Article
Fantastic Castle in Narbonne, Southern France