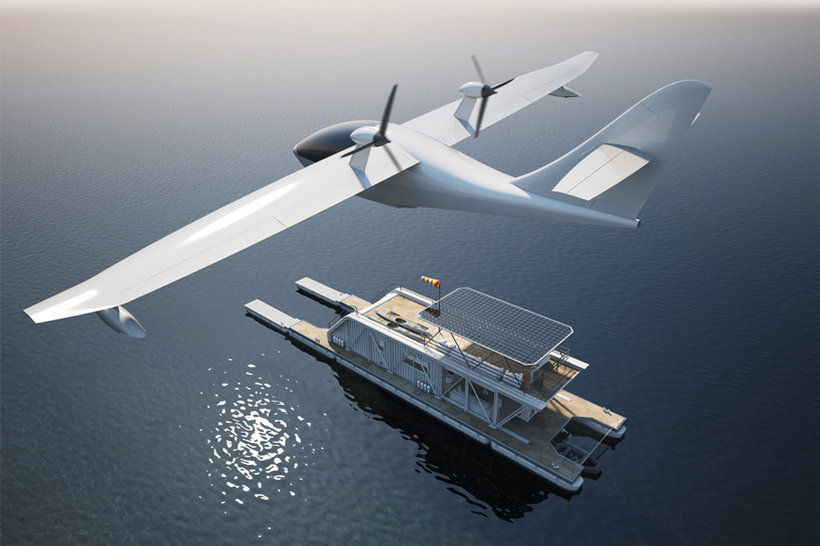 After reading several hydroplane forums in these last couple of months, Russian designer and architect Max Zhivov came up with something totally unique. Simply called HH, which stands for hydrohouse, this innovative concept was inspired by the lack of mobile water parking for hydroplanes, mixing a cool houseboat, a dock for boats, a small tender garage, and water parking for a hydroplane, in a superb package.

According to the designer, the ‘captain’ of this hydro house may be able to position it in basically any water area, since it could be constructed using only prefabricated modules, that would allow it to be transported virtually anywhere, with only two trucks. Nothing but good news for hydroplane owners! 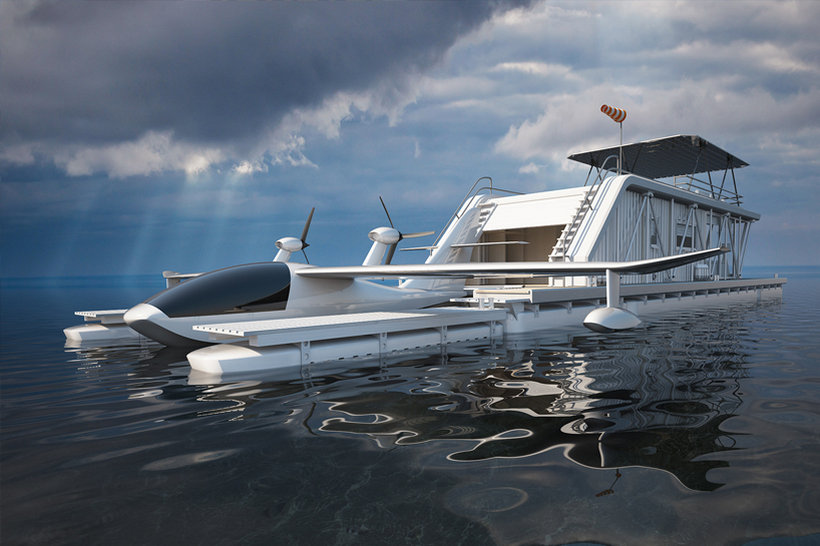 The Russian architect added several industrial features to the HH, although a kitchen, a master bedroom, two guest bedrooms, a bathroom and the aforementioned tender garage are all part of the offering. 65 square meters worth of solar panels are meant to power up 76 square meters of living areas, which seems somewhat reasonable, while two electric engines allow the 15-meter houseboat to move forwards..

If you don’t own a hydroplane yet, don’t worry, this concept could be also used just as a cool dock for boats. Your favorite water toys and games could be stored in a special area on the second floor, that could be also used for sunbathing, but probably flying the stunning electric hydroplane before you and parking it in this awesome hydro house will prove to be a much more interesting experience. 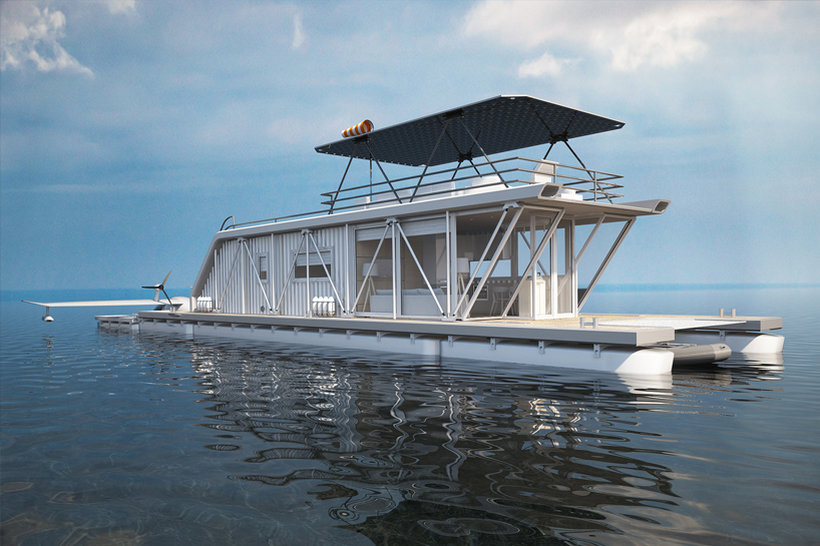 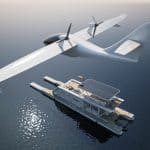 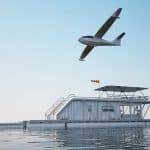 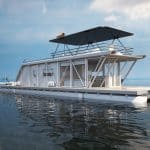 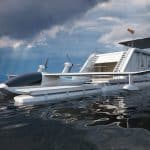 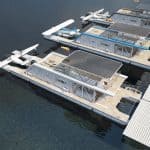 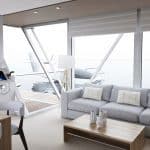 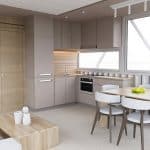 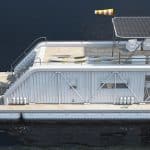 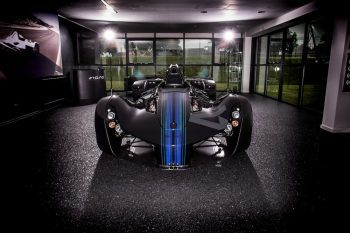