MARS Project By Shuttleworth Will Make Crossing The Atlantic Easy 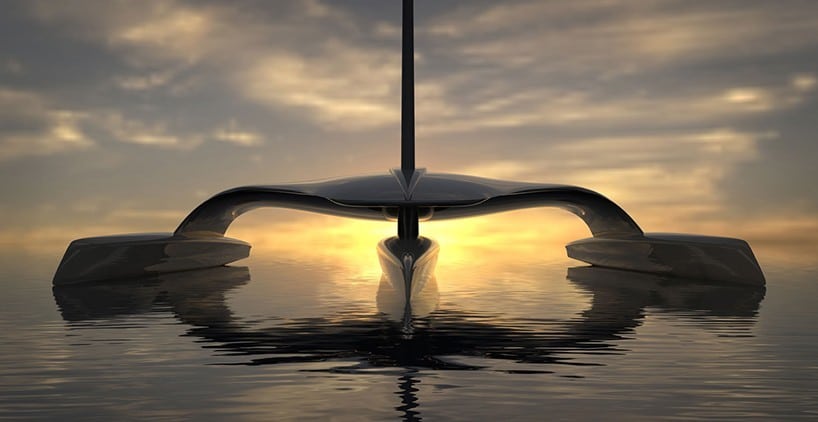 This is the ‘Mayflower Autonomous Research Ship’ or simply ‘MARS’ – an incredible design meant to be a fully autonomous unmanned sail ship that will rely on solar technology to get basically an unlimited range. Measuring over 100 feet in length, this dreamy design by Shuttleworth will supposedly carry a variety of drones that should conduct experiments during its voyage.

Once the year long testing phase at Plymouth University will come to an end, this impressive vessel will take over the Atlantic Ocean in 2020 to commemorate the 400th anniversary of the original Mayflower crossing, from Plymouth, England, to North America. 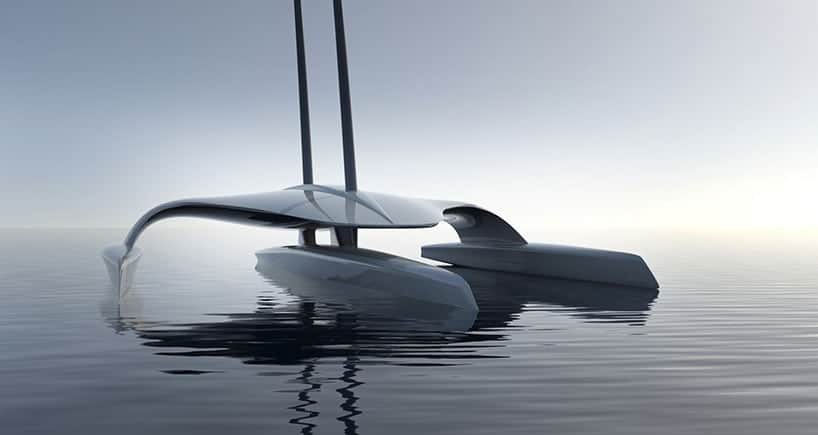 The futuristic trimaran design proved to be the ideal choice, as it provides the most efficient hull form for low speed motoring. Furthermore, the hull configuration considered a reduced windage, as well as the need to keep the solar array sufficiently high above the water to reduce wave impact.

Since no accommodations were needed, the center hull features a low profile while the wings and deck were separated and raised above on struts. This means significantly reduced roll, as well as 8 % lower water resistance.

Each of those beautiful sails is simply controlled by a single sheet, having the ability to stow into the deck and thus taking up minimal space while motoring. With a top speed of 20 knots, the shores of North America will be sighted sooner than you think. Pretty cool, right? 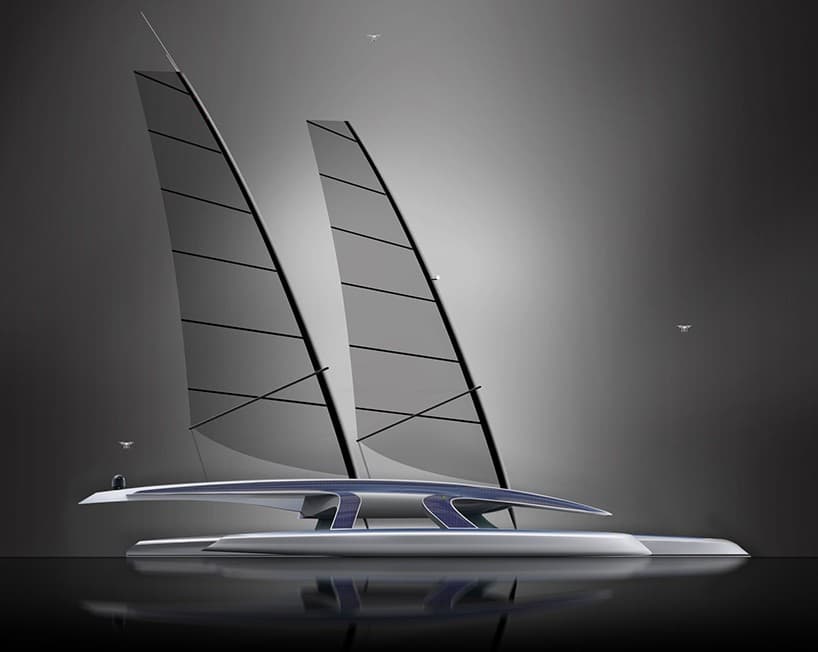 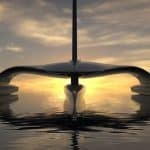 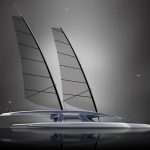 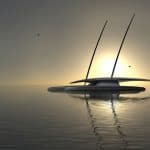 Tags:
Previous Article
DMC beautifully Restyles The Lamborghini Huracan
Next Article
The Golden Eye Resort Is The Place To Get Inspired