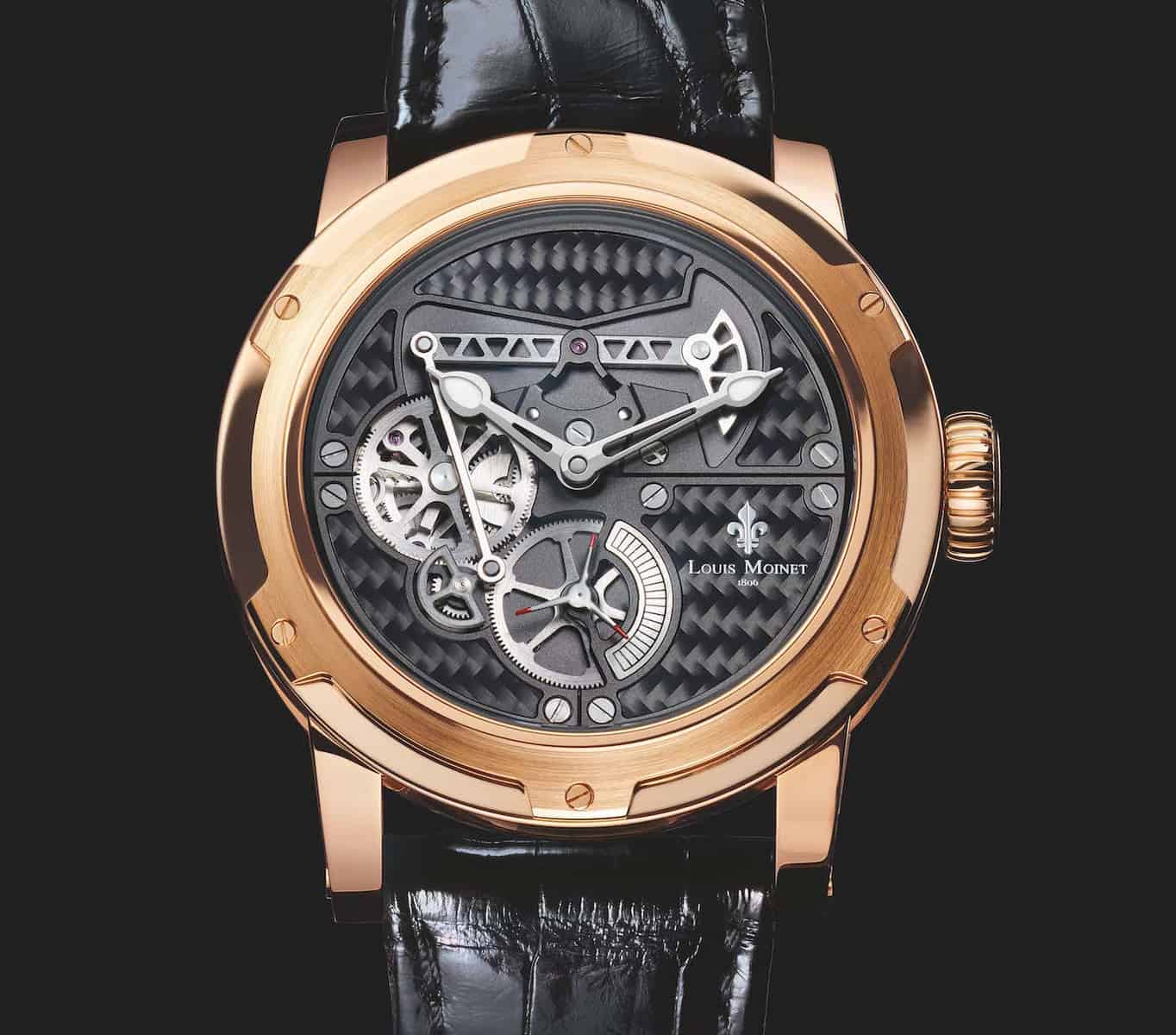 Louis Moinet unveiled the first Derrick Tourbillon in 2013 and this year, a brand new Derrick was born.The Swiss watchmaker just revealed a new take on its incredible Derrick watch, with a few interesting modifications. On the dial, there aren’t too many differences besides the changed orientation and the main skeleton, which has been shifted from the center to the lefthand side at the 9 o’clock position, making for a subtle addition of visual complexity on the dial.

The new Derrick watch looks a little bit better without the tourbillon, allowing the watch wearer to focus on the playful display, with its old-world industrial oil pumps inspired design. In the spotlights is the miniaturized tool that beats rhythmically with the watch and which resembles the enormous oil industry machinery. 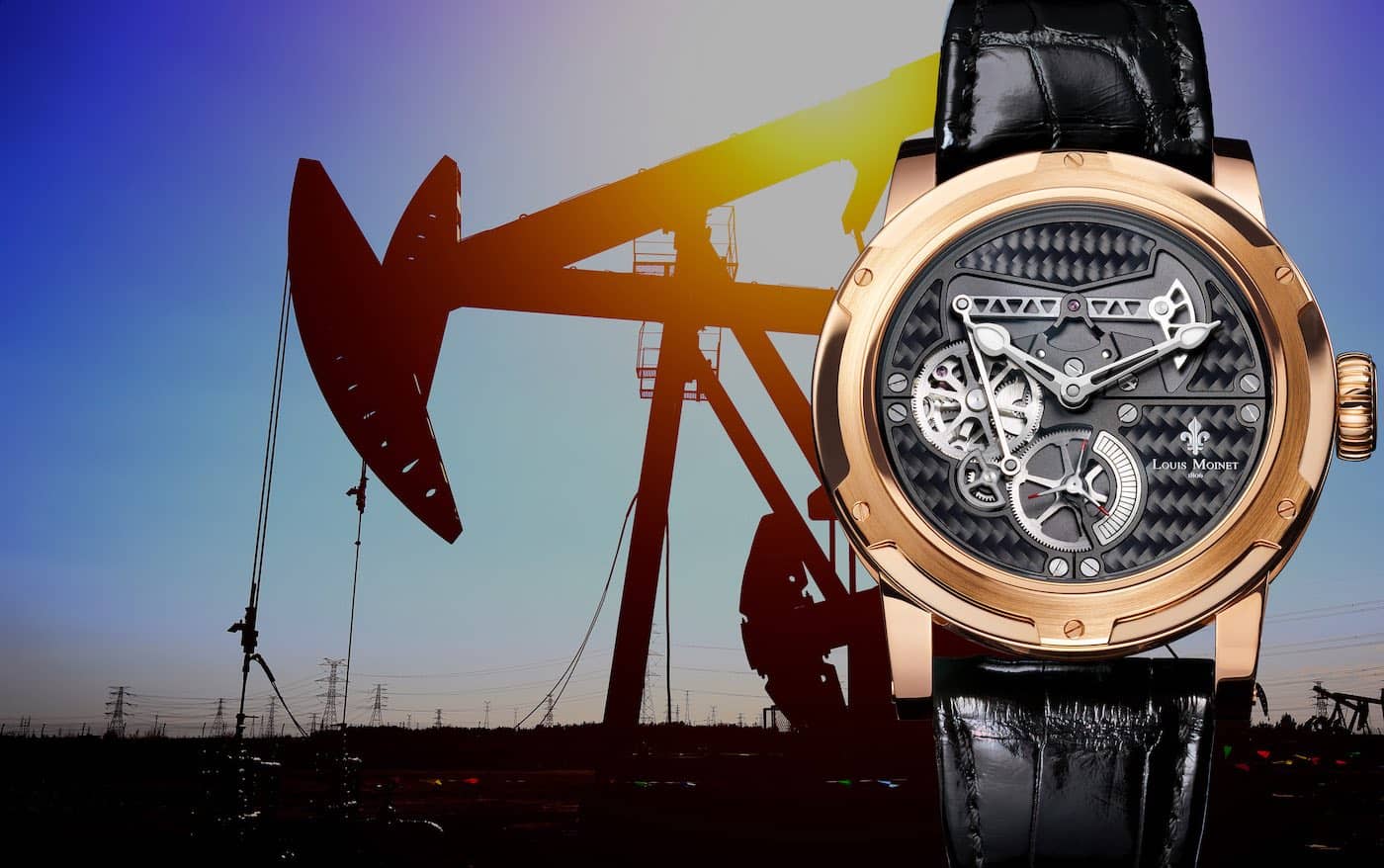 The timepiece is crafted from lightweight aluminum, which is a good thing for the movement as it doesn’t come under too heavy a load. The new Derrick comes in two variants, one with an austere traditional hand-punched surface and another with carbon fiber mesh, giving it a more high-tech look. Both backgrounds fit amazingly well with the brushed aluminum of the rest of the watch.

The case of the Derrick is a classic NEO case in 5N rose gold for both models, with satinated and polished elements which reflect an extraordinary exterior. It’s size rises to a huge 45.4mm and has a water resistance of 50 meters. The movement is a self-winding LM64 which features no less than 248 parts and operates at 28,800 vph. The watch has a good power reserve of 48 hours.

Each of the two variants, the carbon and the hand-punched, will be limited to 12 pieces only and come with a price tag of $55,400. 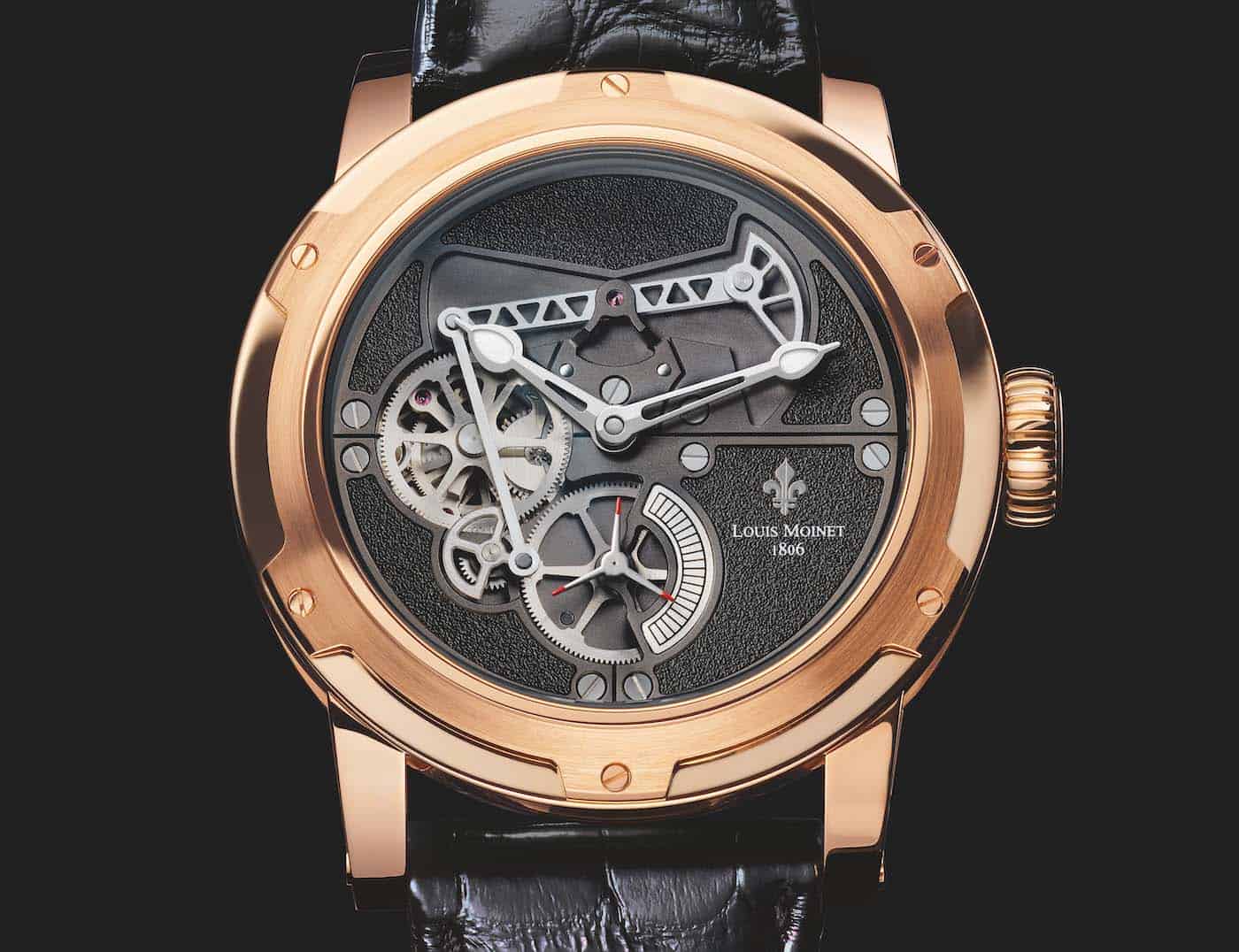 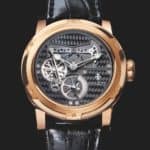 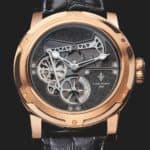 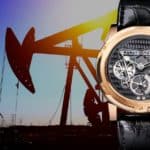 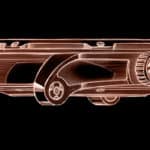 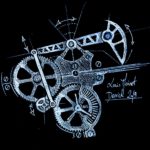 Tags:
Previous Article
Benetti Releases New Details on their B.Yond 37m Project
Next Article
One & Only Gorilla’s Nest in Rwanda Honors the mountain gorillas in the Volcanoes National Park