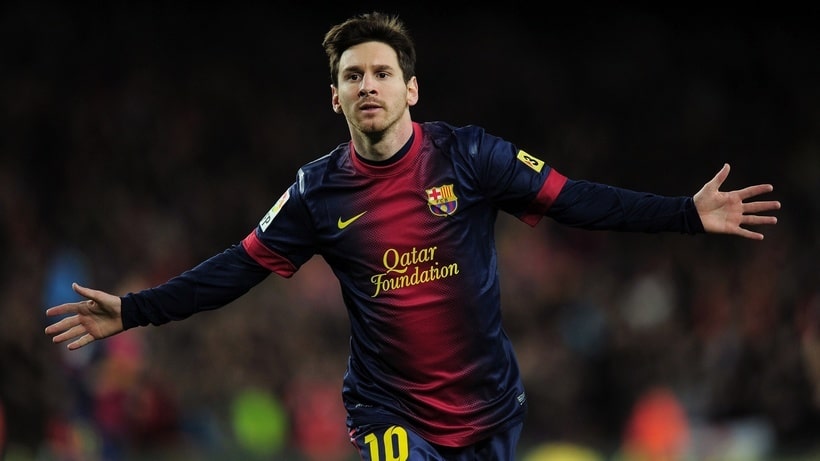 We all know Lionel Messi. Widely regarded as one of the best footballers today and one of the greatest of all time with his astonishing feats and untouched records in the soccer world, Messi has no equal.

He’s playing for Argentina’s national team and as a forward for FC Barcelona and he just became the second highest paid soccer player in the world according to Forbes, placing him behind his rival Cristiano Ronaldo. More than that, Lionel Messi is also the third highest paid athlete in the world. His net worth is estimated to be around the sum of $400 million right now. 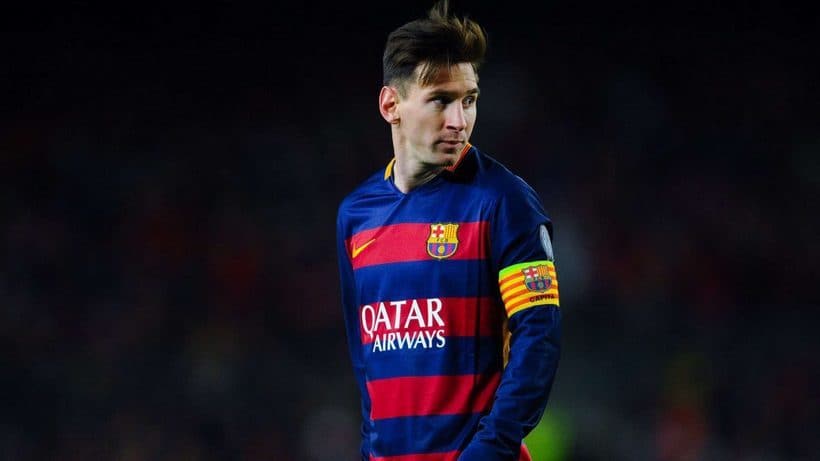 Lionel Andrés “Leo” Messi was born on June 24, 1987 in Rosario, Santa Fe, Argentina, the third of four children. They all grew up in a football loving family so the passion for sports in general and football in particular came at an early age. Messi joined a local club at the age of four, where his father was coaching.

Four years later, he started playing for another local club, before being offered a chance to train at La Masia, the renowned youth academy of FC Barcelona. Messi was just 13 back then and also had some medical problems, so when FC Barcelona offered to take care of his medical bills as well, his parents didn’t think twice and they all relocated to Spain.

He proved to be a massive talent from day one and he went fast up the junior ranks, followed soon by his first match for FC Barcelona at the age of 16. Soon, he became the youngest player to score a goal for the team. 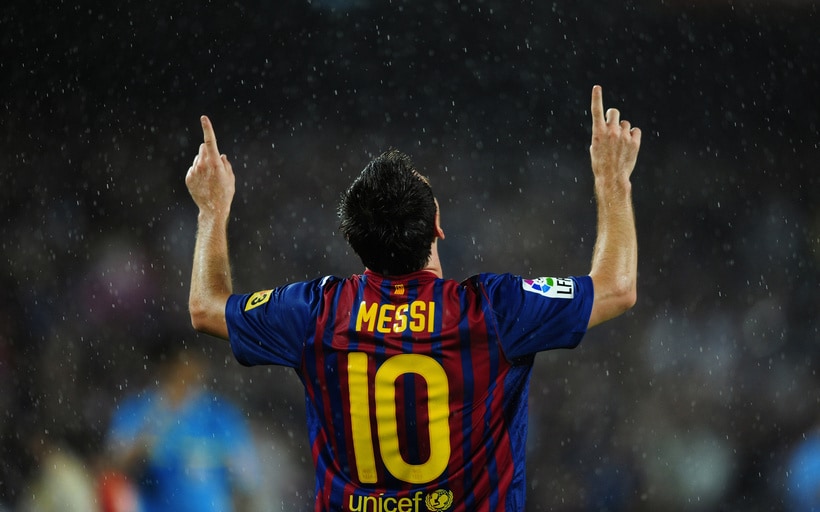 His debut in the Spanish club was very competitive and he soon became an important player for the team, with feats few have ever achieved. Following the 2008-09 season, when he was a major factor in FC Barcelona’s Champions League victory, Messi won the Ballon d’Or and FIFA World Player of the Year award, when he was just 22.

During his next three seasons, he exceeded all expectations and managed to win other three consecutive FIFA Ballons d’Or. Another one came in 2015, making him the only player in history to have won five FIFA Ballon d’Or awards.

In the 2011-12 season, he established himself as Barcelona’s all time leading goal scorer. He’s also Argentina’s all time top scorer. In 2011, he became the captain of his national team, which he led to three consecutive finals, the 2014 World Cup and twice at Copas America in the next two years.

Messi impressed not only the entire world but even his fellow countryman, the legendary Maradona, who acknowledged him as one of the greatest players of all time. He set record after record in football, a feat which made him the most valuable player to both FC Barcelona and his national team, and also a valuable asset to companies involved in the sports world. 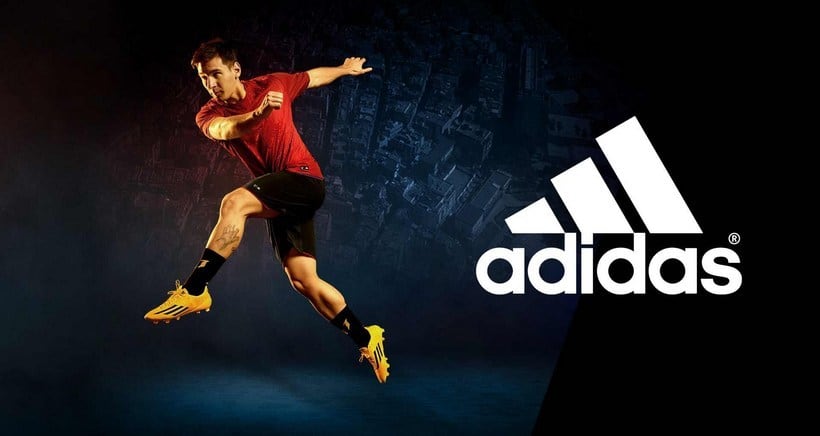 With so many incredible achievements it’s no wonder that Lionel Messi is hunted by a lot of companies willing to represent him. His sponsorship deals are too many to count, but we’ll just go for the most relevant ones.

The most important endorsement he’s got is the one with Adidas. It’s a lifetime deal that brings him close to $20 million a year. To get an idea of his deal with Adidas, think about the fact that the total annual revenue from his endorsements is a nice $27 million.

Messi also endorses brands like Pepsi, EA Sports, Samsung, Tata Motors and many others. In the past he has been a brand ambassador for Gillette and Turkish Airlines.

Although the Argentinian doesn’t have interests other than his life-long passion, soccer, and hasn’t created lines of clothes, sportswear or other similar products to augment his net worth, he did invest in property.

One of the projects he’s invested in is Azahares del Parana, a community outside his hometown in Argentina.

Social media is also a big part of his business plan, with a huge fan base from all over the world. His Facebook page is the second most popular page among athletes with 89 million followers, and his Instagram is the fourth with 75 million followers. You could look up the rest. 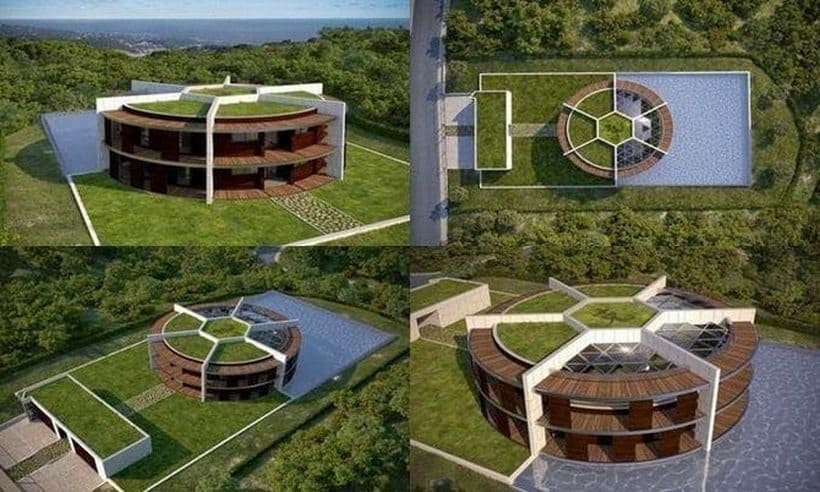 Messi’s home is one fantastic piece of estate in the exclusive neighborhood of Castelldefels in Barcelona, a charming home that costed him $5 million. No details have surfaced about the interior of his mansion, but we’re sure it’s mesmerizing. We do know that at some point he bought the neighbor’s property as well because he didn’t want to be disturbed.

There’s another project that the famous footballer has in mind. Building a high tech home in the shape of a football. That will for sure take a lot more from his net worth when it’s completed.

The cars that Messi drives around are no less than fancy and extravagant. A white Maserati GranTurismo MC Stardale, an Audi R8, a Ferrari F430 Spider and a Dodge Charger. Who said that soccer players don’t have a fine taste for beauty and elegance?

Lionel Messi Net Worth in Time 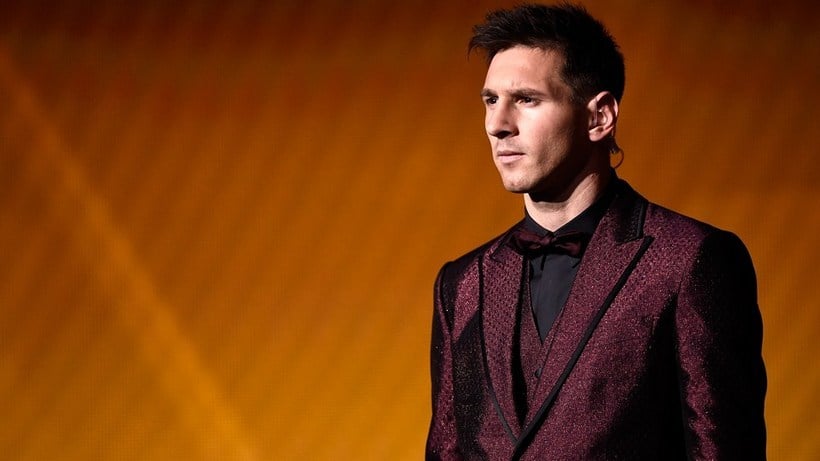 Since he moved to Spain, Messi has never looked back. His passion provided him a good deal from the beginning. Paying for his medical bill and then a decent salary which sky rocketed in the following years.

In 2004, his contract with Barcelona granted him around $2,000 a week. That soon increased to $12,000 after getting to the first team. In 2005, he signed another deal with the team, bringing him $1.5 million a year. Just three months later, his salary went to almost $3 million. That’s a nice rise he got there, isn’t it?

He continued at this pace and at the end of 2009 he was making over $14 million anually. In 2014 he got to $24 million, and this year, his salary from FC Barcelona was a staggering $35 million. His total revenues from football alone reach a hefty $53 million yearly according to Forbes. Add to that his endorsement deals of $27 million and you get the $80 million a year total revenues pushing his net worth further to the estimated $400 million today.

Nothing to wonder since his bank account increases with $1.1 million every… week.