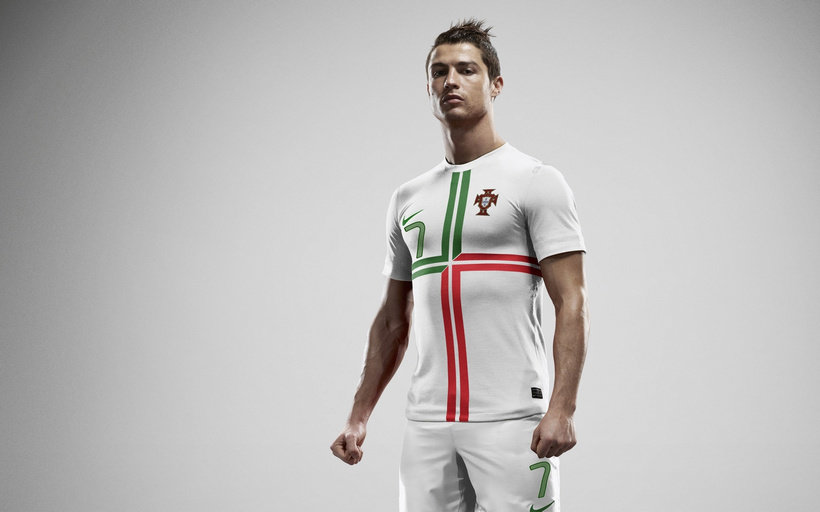 Cristiano Ronaldo is a living legend. Widely regarded as one of the greatest football players of all time, he was named FIFA’s best player for the fourth time this year, with a fifth award just waiting around the corner, after his fresh success in the Champions League with Real Madrid.

With numerous career achievements and a massive presence on and off the football field, the Portuguese soccer star has matched his brilliant skills with a huge social media presence to become the world’s highest paid athlete  according to Forbes, with earnings of $93 million last year along. His net worth right now estimated at a staggering $530 million in 2021. 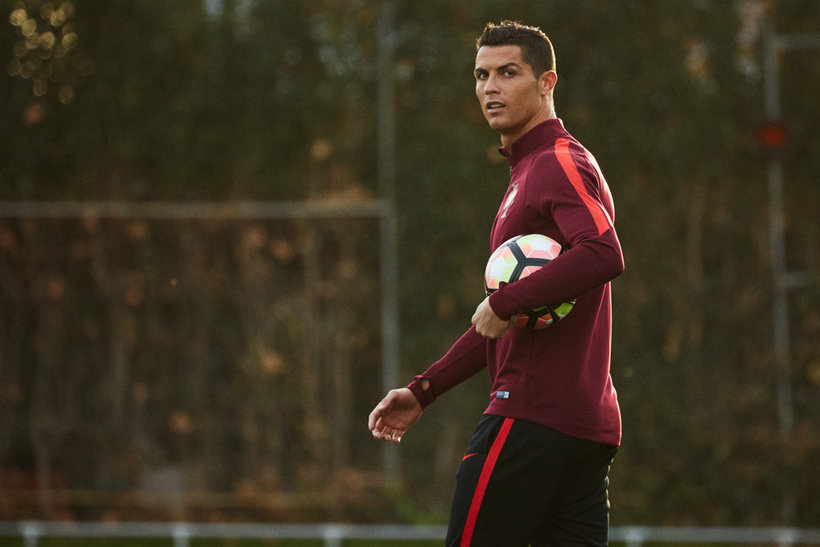 Born as Cristiano Ronaldo dos Santos Aveiro on February 5, 1985 in Santo Antonio, Madeira, a small island off the western coast of Portugal, he grew up in poverty and hardship, mainly because of his father’s problem with alcohol.

But it was also due to his father’s work as an equipment manager at a local football club that the young boy discovered soccer. And when that happened, it was love at first sight. Or at the first kick of the ball.

All that Ronaldo wanted to do afterwards was play football. That’s all. No homework, no time wasted with school, skipping meals or running away from home through his bedroom window with a soccer ball. By the time he was 10, he was already a sensation on the field.

During his childhood years, he began by playing in amateur and youth teams and by the age of 16 he ended playing for Sporting Portugal and got to their first team in only one season. In 2003, in a game against Manchester United, Ronaldo draw the attention of United’s renowned manager, Sir Alex Ferguson, and soon he was signed to the English team. 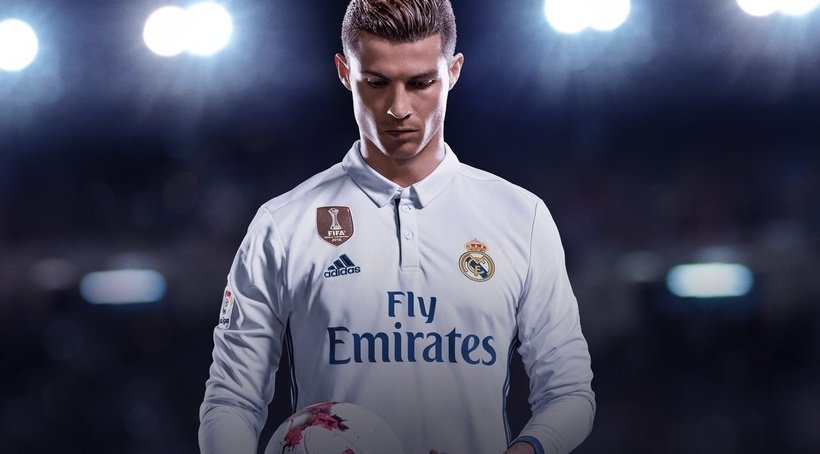 During his first season with Manchester United, Ronaldo didn’t disappoint at all, and showed off his amazing skills by scoring the team’s first goal in the 2004 FA Cup final and helping them win the championship.

One year later, he left Manchester and signed with Real Madrid for a record-breaking transfer fee. In Spain, Ronaldo continued his streak of successes, breaking record after record with his legendary scoring capabilities and amazing skills. Some of them include the 8 hat-tricks in the 2014-15 season and becoming the fastest player in history to reach 200 La Liga goals, a feat achieved in 178 matches.

In 2015 he became Real Madrid’s all time leading goalscorer, and the following year he won his fourth Ballon D’Or after getting the Champions League once again. In total he helped Real Madrid win the Champions League three times, La Liga and Copa del Rey two times each, the UEFA Super Cup, Fifa Club World Club and many other trophies.

But the happiest moment in his career probably came in 2016 when he led Portugal, his national team, to their first international trophy, winning the European Championship final against France. In the meantime, he moved to Juventus FC where he won two championships already.

Endorsements, Social Media and Other Ventures 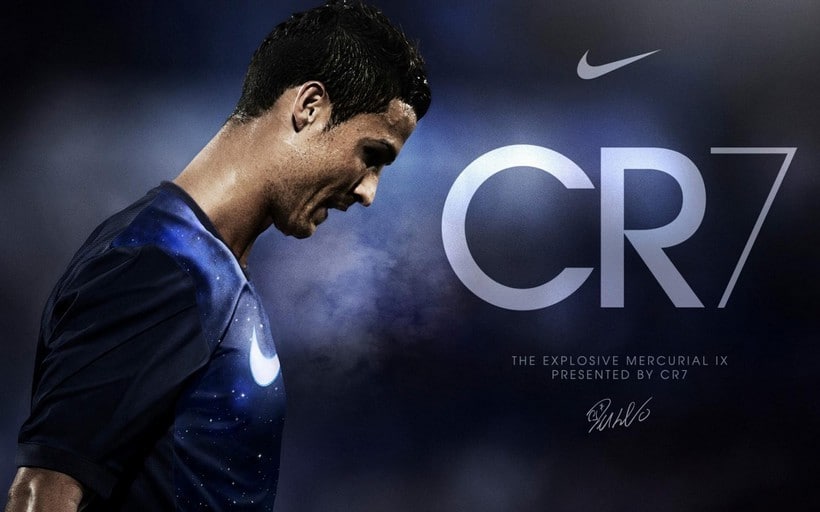 According to Forbes, the contract Ronaldo signed with Juventus pays the star over $64 million per year until 2022. And that’s only for chasing a ball on a grass field.

Besides that he’s got other good sources of income as well. For example, for not doing much, aka social media and product endorsements, he cashes in several dozens of millions a year. He’s got deals with brands such as Armani, Castrol, Tag Heuer, PokerStars, KFC and Emirates Airline.

But the biggest of them all is his lucrative deal with Nike which is around half of the new salary from Juventus. The total income he got from endorsements was $35 million last year.

Besides all these, he’s also got his own line of products, under the brand name CR7, which includes shoes, underwear, fragrance and jeans. Oh, and two hotels in Portugal that are worth $80 million. 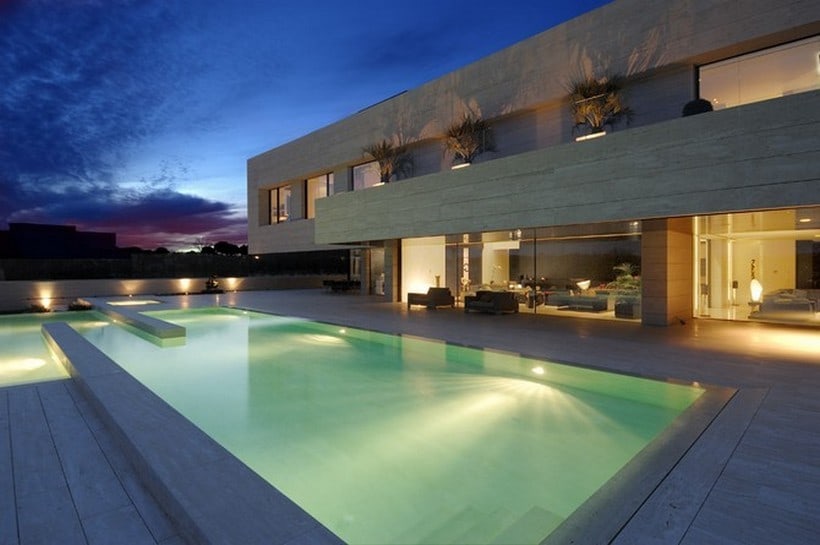 Given his success on the field, he scores no less when it comes to relaxation. Cristiano Ronaldo owns some really nice estates and an impressive car collection.

One of his properties is a lavish one story 8,600 square feet house in Madrid that set him back $7.2 million. It features several luxurious bedrooms, 8 bathrooms and his trophy room plus memorabilia spread throughout the home.

For another $6 million he bought a mansion in Cheshire, England. The property boasts a swimming pool and sauna, cinema and media room, an aquarium, ceiling mirrors, a gym and a garage for his fancy car collection.

Besides these homes, he also bought an exclusive loft in New York’s Trump Tower for $18.5 million and then put his UK property on sale. He was probably thinking to move across the Atlantic after the contract with Real Madrid ended. 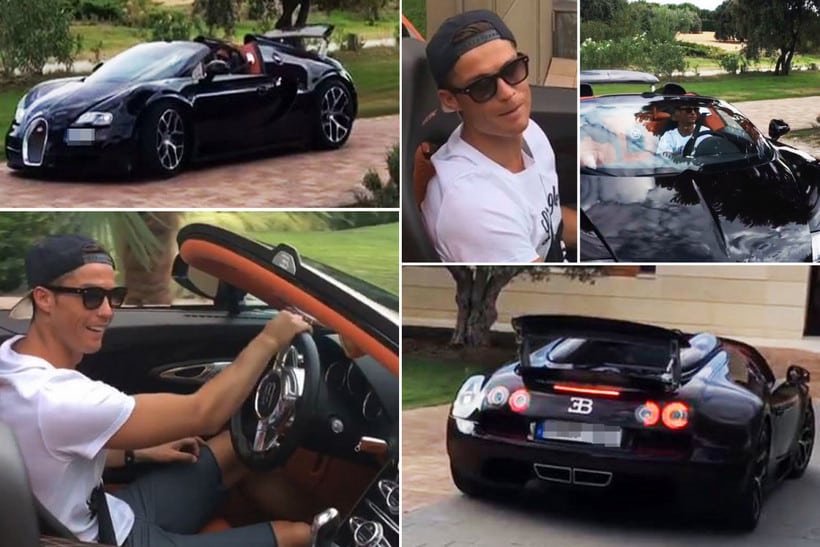 Ronaldo owns quite a few cars, so we will only mention the grand ones here. He’s got a Bentley Continental GTC, a Ferrari 599 GTB Fiorano, an Audi R8, another Ferrari, the F340, a Maserati GranCabrio, a Bugatti Veyron, an Aston Martin DB9, a Koenigsegg CCX and a few more, even some less impressive family cars.

Cristiano Ronaldo Net Worth Over Time 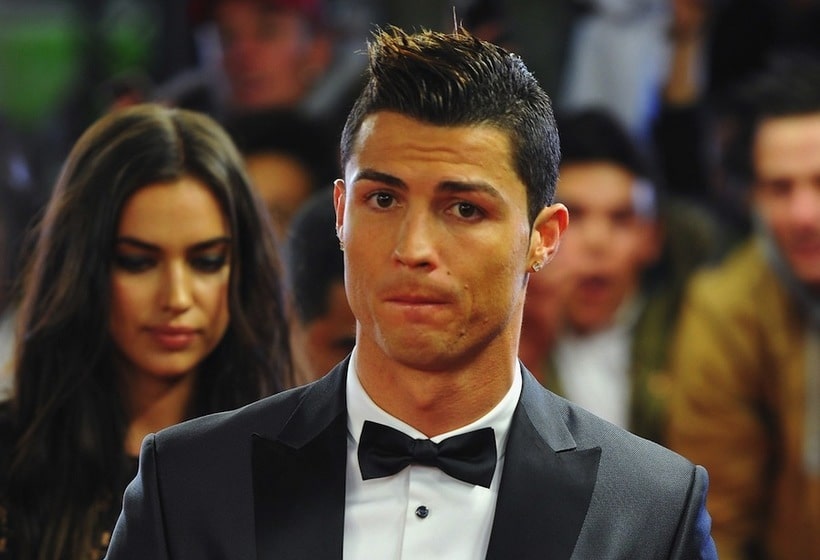 As you would expect, Cristiano Ronaldo started big, given his remarkable soccer abilities. In 2003, at the age of 18 he was already making around $40,000 a week. Not bad for a kid who dropped out from school, right?

With his endorsement deals and his new contract extension he got to the impressive revenues of $93 million last year rising his net worth to over $530 million today.