Jaeger-LeCoultre’s Gyrotourbillon 3 Meteorite Will Charm You in Seconds 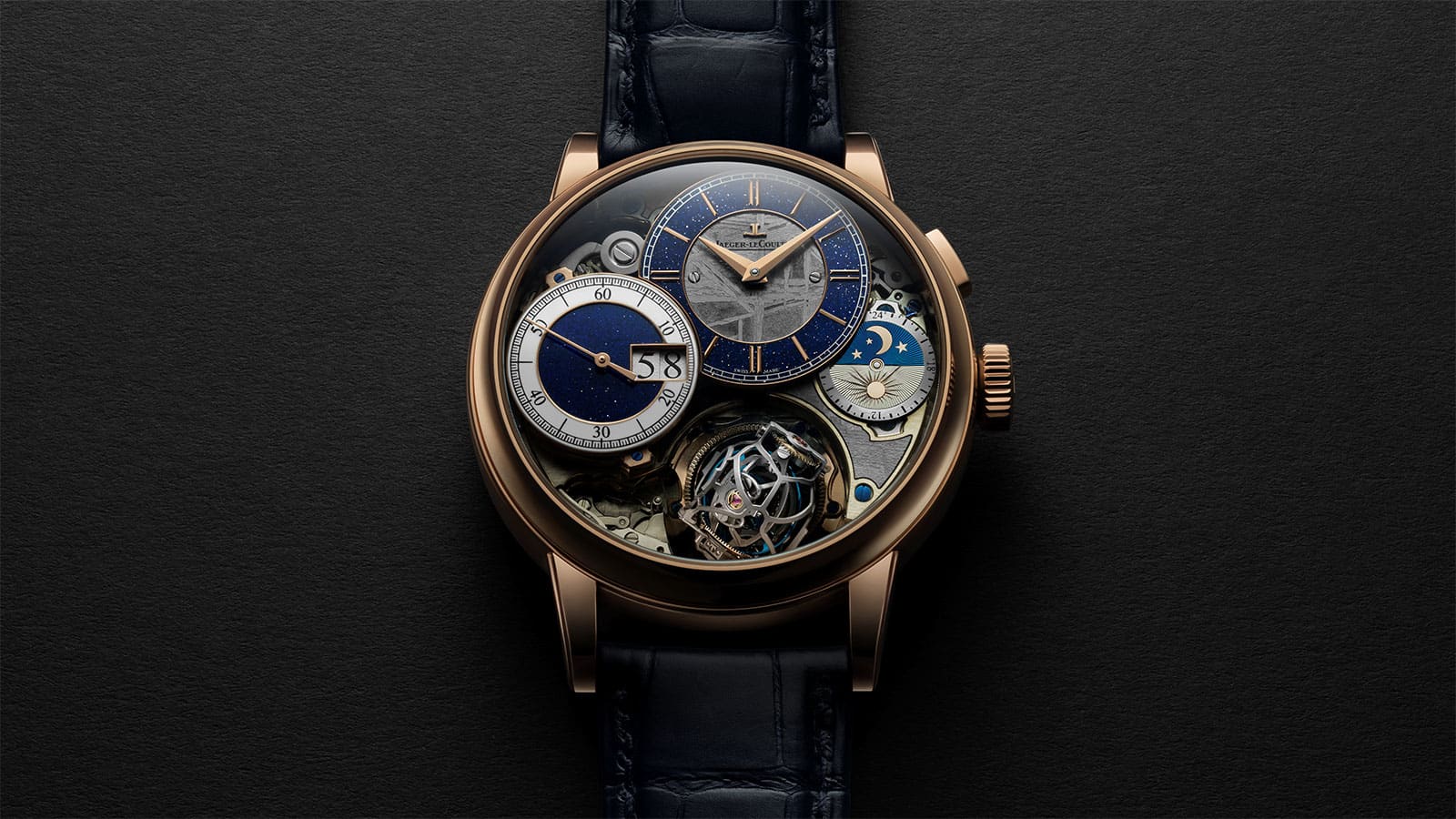 Jaeger-LeCoultre’s incredible Gyrotourbillon watch, introduced for the first time back in 2004, now gets a new, spectacular iteration. The latest addition to this impressive line up is called Master Grande Tradition Gyrotourbillon 3 Meteorite, and comes in fired enamel, meteorite and aventurine.

The third generation model is also one of the most complicated versions of the Gyrotourbillon, with a double-axis tourbillon, single-button chronograph, digital 60 minute counter and day and night display, beautifully mixed together on a mesmerizing dial.

The tourbillon comes with two aluminum cages, each of them with a cylindrical hairspring inside, rotating in opposing directions and at different speeds to eliminate gravitational errors given by the changing position on the wrist. 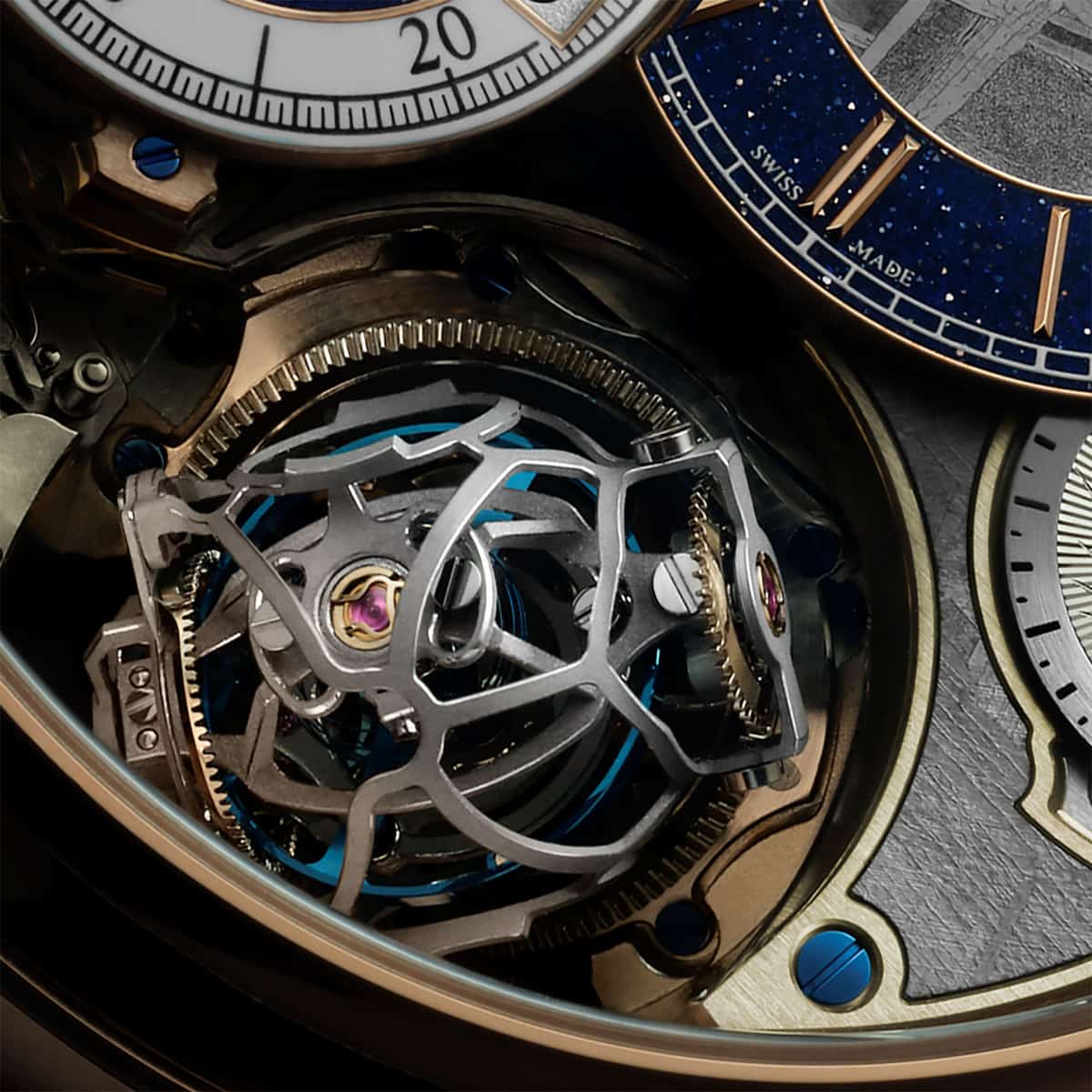 The watch also features a sub-dial to show the time at 12 o’clock, which boasts a meteorite center with aventurine glass chapter ring. Aventurine is also found in the chronograph register, combined with white vitreous enamel. The day/night display comes with hand-engraving and hand guilloche, with a solid pink gold Sun and crescent Moon.

The movement bridges of the watch have meteorite panels inlaid on them, with the meteorite being part of the 26 ton Gibeon which landed in Namibia in prehistoric times. The iron meteorite contains nickel-iron crystals inside and thus gives the watch an impressive pattern.

The Master Grande Tradition Gyrotourbillon 3 Meteorite is limited to only 8 watches and comes with a cool price tag of $550,000. 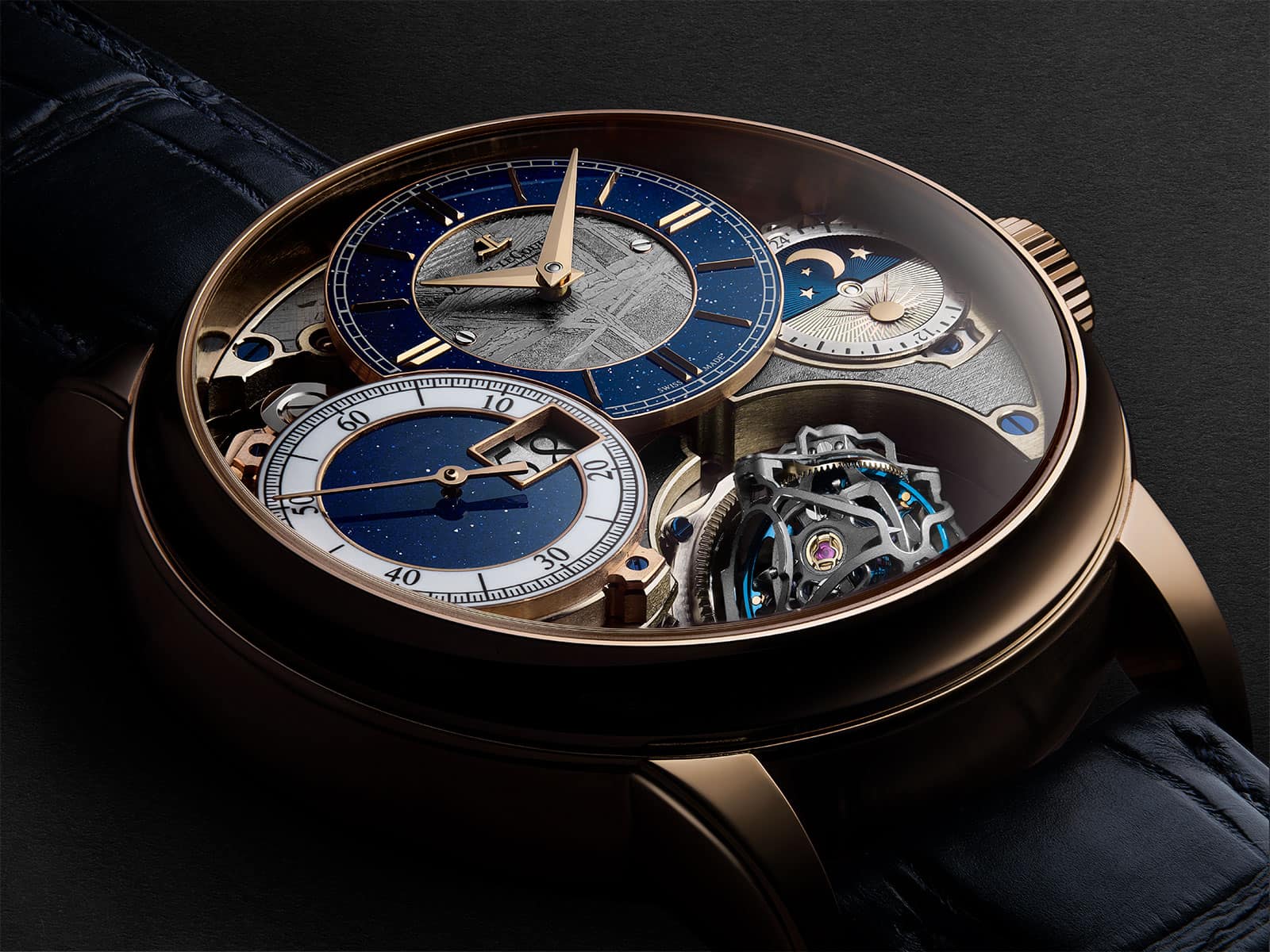 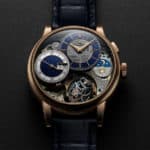 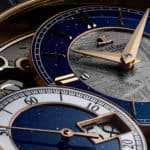 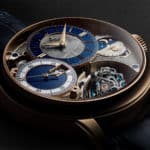 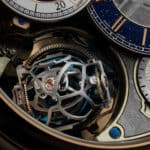 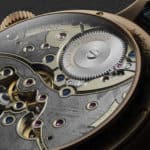 Tags:
Previous Article
The New Aston Martin DBS GT Zagato is a Collector’s Dream Come True
Next Article
This Magnificent Sicilian Wine Estate Can be Yours for €8.5 Million!

Beyond Stunning: The Jaeger-LeCoultre Master Gyrotourbillon 1 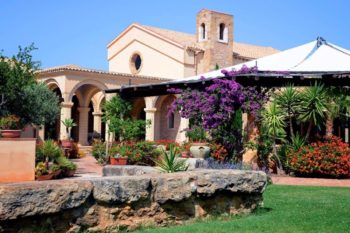 This Magnificent Sicilian Wine Estate Can be Yours for €8.5 Million!