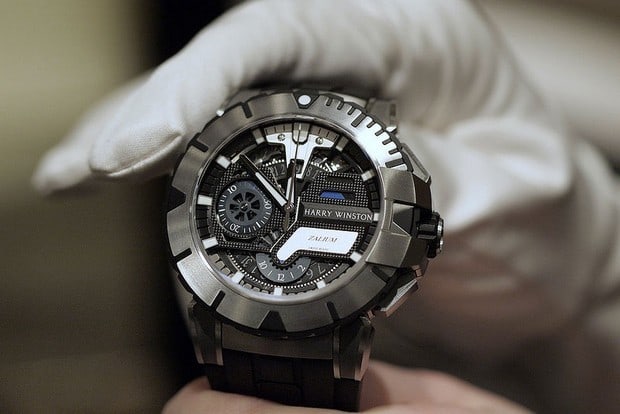 Harry Winston released a new marvelous timepiece on the market, the limited edition Ocean Sport Chronograph, featuring a corrosion-resistant 44 mm case made of Zalium, a hypoallergenic, light and highly resistant material only met in Harry Winston’s creations, reportedly tougher than titanium itself.

The mechanical part of the watch is based on an automatically winding movement, decked in Clous de Paris style, with graphic cut-outs that “draw the eye to the display mechanisms”. In fact, the watch sports a 42 hour power reserve to ensure it runs smoothly, plus a maximum 200-meter water resistance. The gadget also features a black rubber strap and a folding buckle.

In terms of looks, it sports charcoal tones, light grey and white hues with blue spots, causing only pleasure to our eyesight. As Haute Horlogerie previously declared, “an electric blue-accented decoration glides beneath the window at two o’clock. It is a Shuriken, symbolic element in the Harry Winston design.

Like an unmistakable signature, the stylized Shuriken, a symbol borrowed from the martial arts, embodies the dynamic nature of the collection.” The gorgeous Harry Winston Ocean Sport Chronograph will be available in a limited edition of just 300 units, preserving the air of exquisiteness the collection partakes. The photos below speak for themselves. 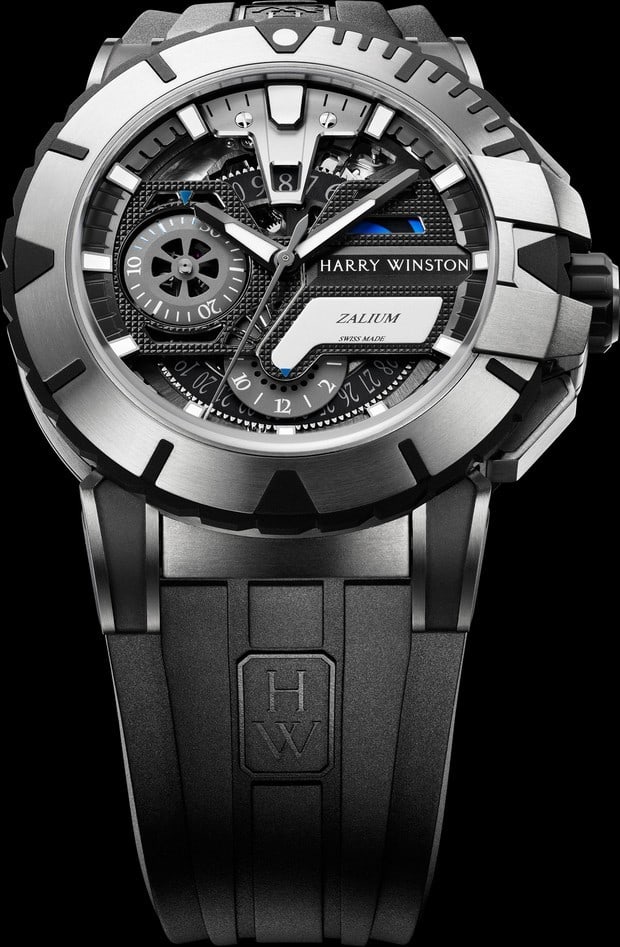 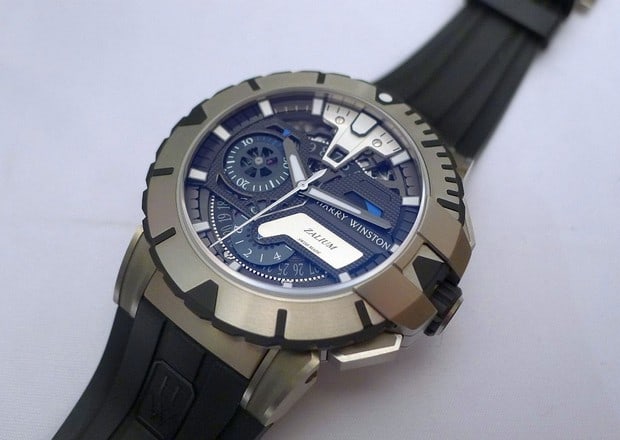