Diddy’s favorite superyacht, RM Elegant, is up for sale 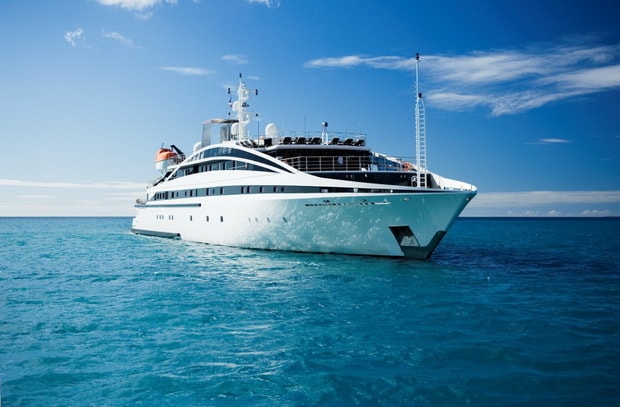 The strikingly beautiful 236-ft RM Elegant superyacht built by Greece’s Lamda Shipyard back in 2005 has been now listed for sale at an undisclosed eight-figure price. This amazing craft used to be Sean “Diddy” Combs’ favorite yacht for cruising around in style and also other celebs have partied aboard this luxurious yacht.

The RM Elegant even hosted the party for Ocean’s 13 at the Cannes Film Festival in 2007 where the likes of George Clooney, Matt Damon and Brad Pitt made the scene onboard. Offering luxury accommodations for up to 30 guests in 15 cabins along with 30 crew members, this yacht is a gem on water.

The RM Elegant has a vast deck space which includes a 12 person Jacuzzi surrounded by a huge sunbathing and entertaining area. The sun deck is accessed by a lift from all the guest decks and provides a double sided bar as well as shower rooms.

The Master Suite of this superyacht occupies the full width of the Bridge Deck with a large private saloon and spa bath. The yacht also features a business center, home theatre, a fully equipped gymnasium, beauty salon, sauna and massage room and many other goodies. It has twin CAT engines which produce 2,260 horsepower that take it to a cruising speed of 15 knots and a top speed of 18 knots. 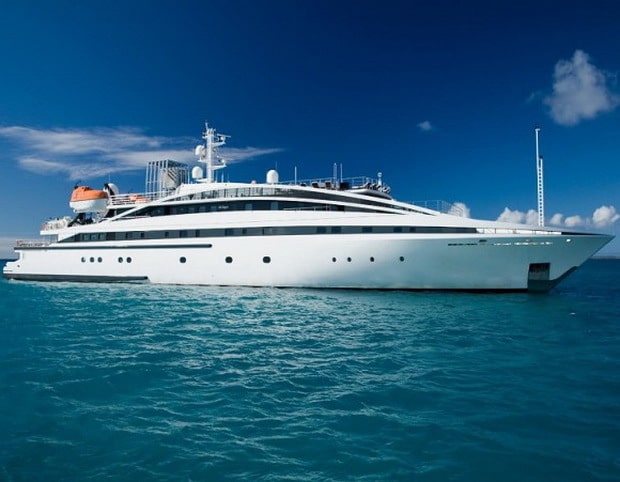 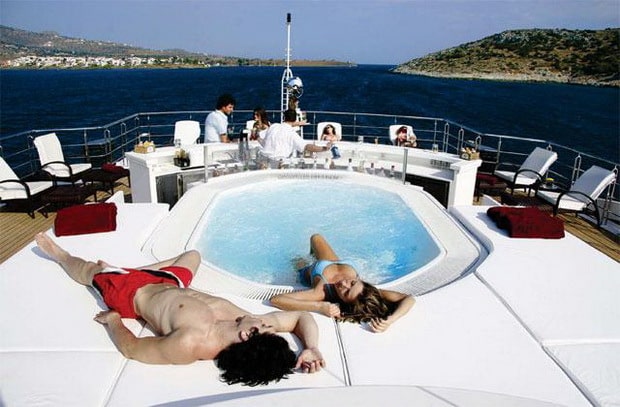 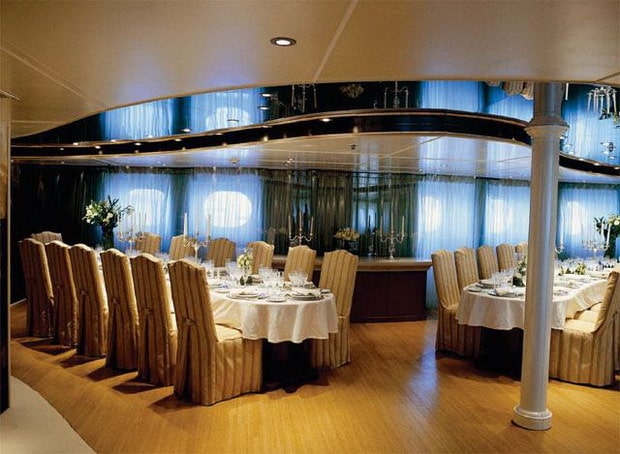 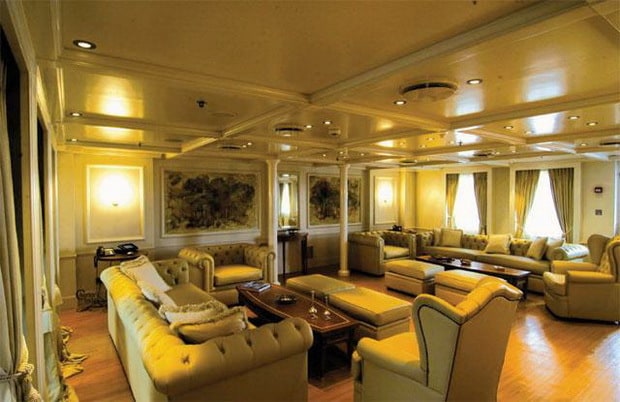 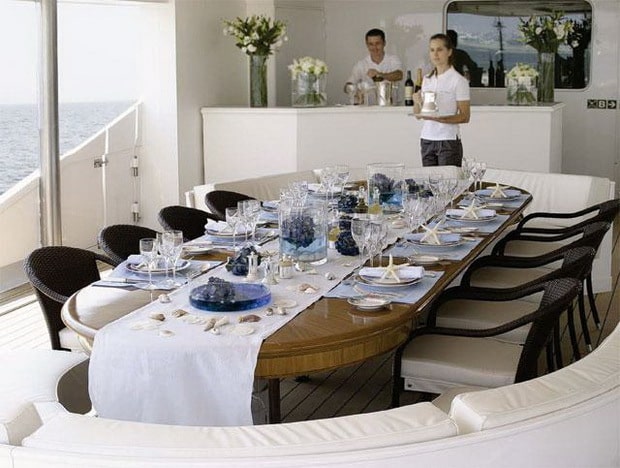 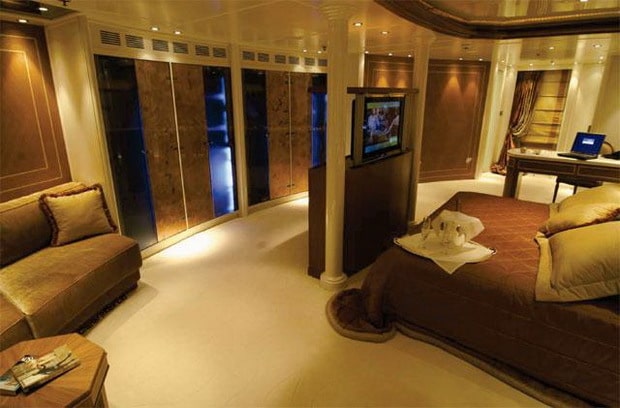 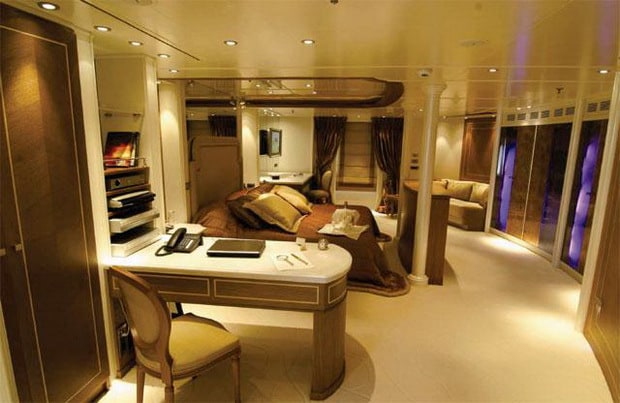